Alzheimer's disease is a progressively disabling condition that usually affects people in their later years. However, the initial deterioration of the brain can happen many years before any noticeable behavioral changes occur, and it is common for many people to be and appear symptom-free, often as long as a decade. [1] Eventually, Alzheimer's early symptoms will appear, and this article will discuss them so that you can potentially identify them in yourself or a loved one. 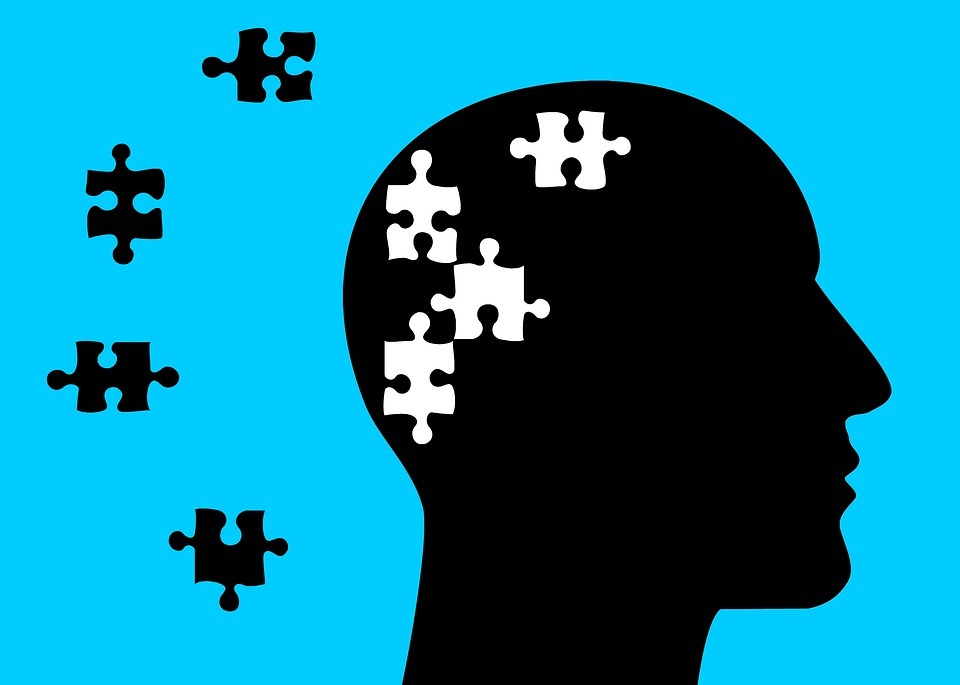 One of the first symptoms to be reported in those who may be experiencing Alzheimer's disease is a loss of memory, which can include working memory and long-term declarative memory [2].

Even if the individual with the condition does not realize their forgetfulness, friends, family, and caretakers will often be the first ones to notice these changes.

A decline in memory can be mild or subtle at first, and people with early Alzheimers might have a tendency to forget things that happened very recently and might repeat themselves very often or misplace things. Eventually, this can evolve into them not remembering people, including those closest to them.

This makes memory loss one of the hardest symptoms to cope with, for the patient as well as others around them.

Alzheimer's patients might also lose their "memory of smell" and have an impaired sense of scent recognition. This can result in behavioral changes; for example, if food starts to smell malodorous, this can cause the person to think the food is rotten, leading to malnutrition. Additionally, they might also think the food is poisoned, which might trigger aggressive behaviors. [2]

The second Alzheimer's early symptom relates to one's ability to carry out everyday activities and solve problems, and those with the condition will have difficulties functioning and completing them.

This is particularly problematic because many senior citizens live by themselves and cannot always rely on others to help them unless they have been assigned a caregiver that frequently checks up on them.

Some tasks that someone with early Alzheimer's symptoms might struggle with are: [3]

The person can be very familiar with these activities, but over time, their ability to remember how to do them diminishes. For example, a person might struggle to work with numbers, and therefore, cannot manage a checkbook and pay his or her bills.

This area is one that can require urgent assistance because some situations can be dangerous, such as not remembering how much medication is needed or forgetting the traffic rules while driving on the road. 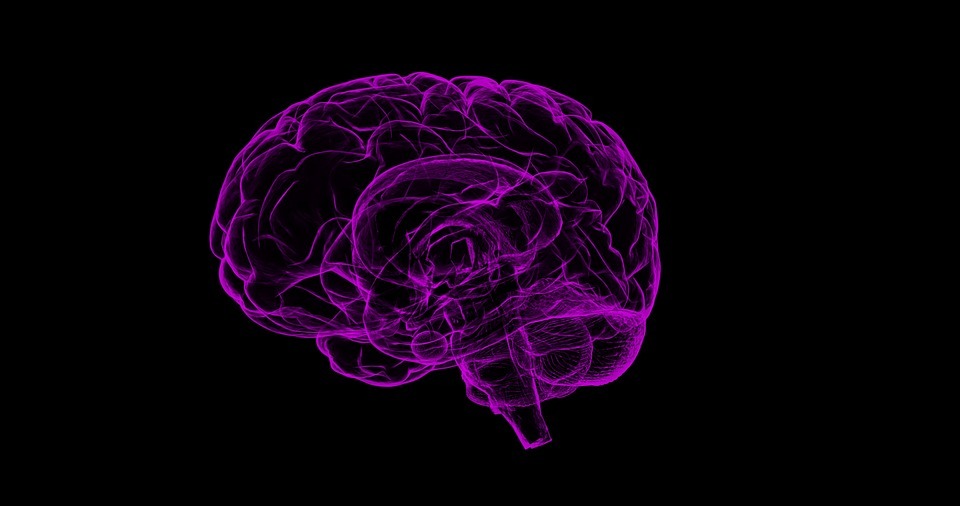 3. Difficulties With Time and Location

The ability to perceive time is an essential function of the human brain, and when Alzheimer's disease takes effect, it can be compromised, leading to time distortion. [4]

Time can refer to many things - for example, it can indicate the current hour, or it can include months, days, and years. Therefore, those with early Alzheimer's might show issues with remembering dates or frequently forgetting what day of the week it is.

However, time can go much further than this and involve our consciousness and our ability to "mentally time travel."

Being able to "time travel" in this sense refers to someone who can use their thoughts to relive the past or imagine the future. This also ties in with a person's memory, and therefore, will also be impaired as Alzheimer's disease progresses. [4]

In addition to time, people with early signs of Alzheimers's might also forget where they are presently at or how they got there in the first place. They may also fail to remember the directions to familiar places. If they are traveling alone, this can potentially cause an individual to get lost if they do not have assistance.

Decision making can involve numerous actions, all of which can be negatively impacted by Alzheimer's disease. Some examples can include: [5]

Someone with Alzheimer's early symptoms might have difficulties finding what clothes to wear and might spend an excessive amount of time doing so. It is also common for personal care to get neglected, which results in poor hygiene and grooming habits. Because of this, a person can appear increasingly more disheveled than in the past.

Unfortunately, it is also possible for Alzheimer's patients to mishandle money, which can make them prone to telemarketers and scammers, and buying things that they do not actually need, and may possibly never receive at all.

If these situations are becoming increasingly more common, assistance will be needed as soon as possible to help prevent potentially catastrophic consequences in the future. However, patients with early Alzheimer's should have a say in their decision-making, and even if it is not approved, they should still feel like they have input and control over themselves. [5]

Communication can become challenging for someone with Alzheimer's disease, and might have trouble with a variety of aspects related to this. Although these can happen to healthy people, some early signs of Alzheimer's that are linked to communicating are: [6]

Due to these factors, communicating with a friend or relative with the disease may create frustration and cause people to become impatient, unfortunately. Keep in mind, these communication issues can be just as frustrating for the person with Alzheimer's, and this can lead to anger, but should not be taken personally.

In the early stages of Alzheimer's, there are plenty of strategies you can use to try to make communication easier. For example, if you need to inquire about something, try to be as specific as possible and limit the number of choices, and keep things simple so that they do not need to struggle to answer them. [6]

You should also try to be warm and gentle when talking, and be mindful of your eye-contact and body language. Importantly, you will need to be as patient as you can be; this means that you must be open to repeating yourself, do not interrupt them when they are speaking, and let them be involved in some decision-making. [6]

This last group of Alzheimer's early symptoms is one of the most crucial ones to watch out for because it can blend in with other psychiatric conditions.

It is extremely common for people with Alzheimer's disease to exhibit depressive symptoms, apathy, aggression, and psychosis, and the greater the severity of it often correlates with faster cognitive deterioration, which results in less independence, and ultimately, a shorter lifespan. [7]

With Alzheimer's disease, Depression has a comorbidity rate that can range from 25 to 75 percent, and apathy is also often present as well. [7] In early Alzheimer's, this can manifest as being socially withdrawn and not enjoying things anymore.

Changes in mood and personality are particularly significant because, at first glance, even a doctor might not initially suspect Alzheimer's disease in a patient, despite these psychiatric features becoming a core part of the condition.

Therefore, if such changes appear to be present in someone that you know, it is advised that you also examine some of the other early signs of Alzheimer's that were mentioned throughout this article. For example, if a loved one has depressive symptoms alongside forgetfulness, and communication issues that were not there in the past are now present, a visit to the doctor for further evaluation is recommended.

Alzheimer's is a complex condition that primarily affects senior citizens, but some indicators can appear much earlier, sometimes in one's 30s or 40s. Therefore, it is crucial to recognize Alzheimer's early symptoms so that one can receive accommodations as soon as possible.

Alzheimer's disease is incurable, and its progression cannot be stopped, but a person's quality of life can be improved with assistance, such as through a caregiver. Certain medications can also be prescribed to help manage some of the symptoms, particularly the ones related to mood and personality.

Psychotherapy can also be an option as well, but it is more than likely more useful to those who are caring for someone with Alzheimer's disease. Learning that someone close to you has the condition can be hard to come to terms with, and it can be a very stressful time. At BetterHelp.com, licensed counselors and therapists are available to listen and provide you with strategies that can help you cope.

However, by recognizing the signs early on, you can be more prepared to handle the situation. The condition usually progresses in stages and may take years to become advanced, giving you time to adjust. In the meantime, you will be able to provide the best care that you possibly can by engaging with them calmly and productively.

Dementia Vs. Alzheimer's: What's The Difference?
For Additional Help & Support With Your Concerns
Speak with a Licensed Counselor Today