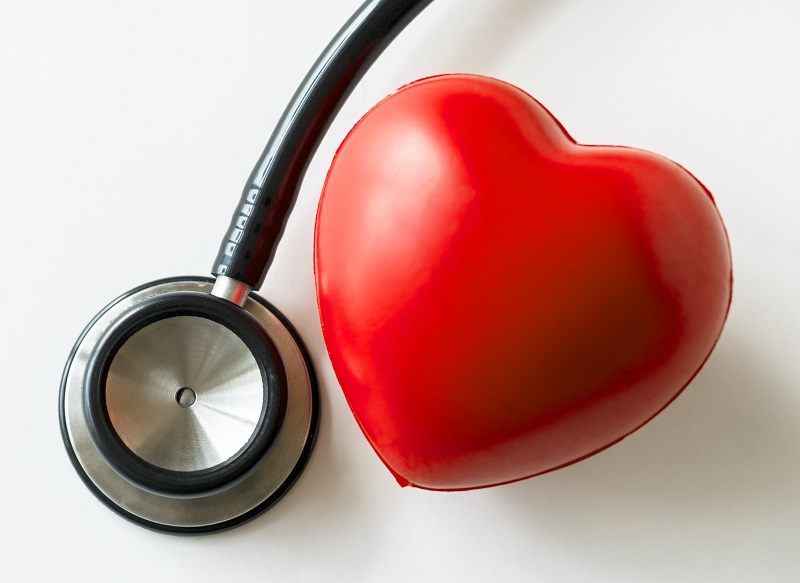 Alzheimer's is the most common form of dementia, affecting 60-80% of all dementia patients. The term Alzheimer's is a blanket term referring to memory loss and cognitive functioning abilities. The loss is substantial enough to interfere in daily life and activities and can often affect the safety and wellbeing of the person with the disease.

While having some memory issues is a normal part of aging, Alzheimer's is not normal although it does affect mostly people over the age of 65. The total number of people suffering with Alzheimer's in the United States is nearing six million. There is currently a rise in patients under 65 years old developing Alzheimer's disease though. At present time there are over 200,000 people under 65 who have been diagnosed with the disease. When Alzheimer's affects someone younger than 65, it is referred to as Early Onset, or Younger-Onset, Alzheimer's Disease.

Research and development must focus on more than a cure however. Many laboratories all over the world are developing technologies and diagnostic tools to help catch and treat Alzheimer's disease in the initial stages. According to www.alz.org, the kinds of treatments currently being tested could result in a reduction of almost eight trillion dollars in medical and care costs associated with Alzheimer's disease. Just this year alone, Alzheimer's will cost the United States close to 300 billion dollars and in the next thirty years, when millennials are getting to the age of typical Alzheimer's onset, the cost will be over one trillion dollars.

Alzheimer's is particularly devastating because it is a rapidly progressing disease with no cure. Many people with the late stages of Alzheimer's have trouble conversing, responding to their environment appropriately, and being present. The life expectancy for someone with Alzheimer's is six to eight years after symptoms progress to the point of being noticeable or impacting their daily life. Survival can last as long at twenty years in some cases however.

Alzheimer's disease prevents brain cells from functioning correctly and scientists believe that plaques and tangles, two abnormal structures seen in Alzheimer's patient brains, are to blame. Plaques are fragmented beta amyloid proteins that are deposited on the brain. Tangles are fibers of twisted tau buildup inside brain cells. 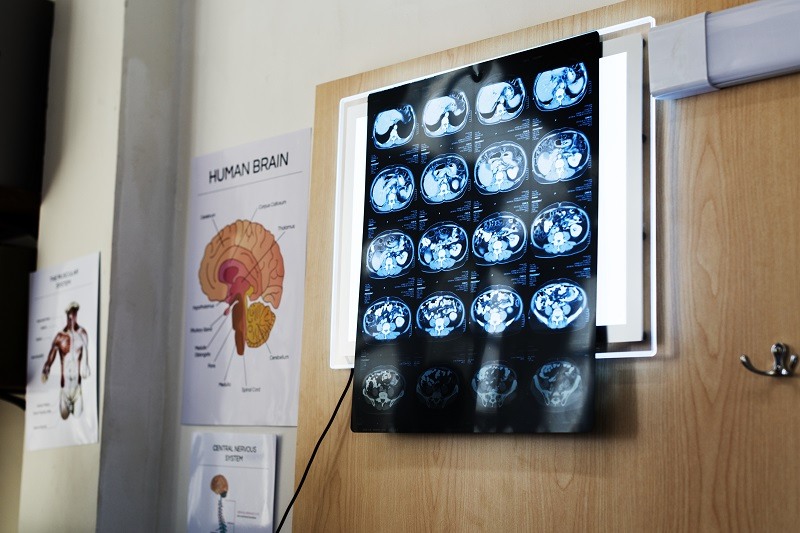 Researchers do not currently know the exact role that these structure play in Alzheimer's disease, but most believe that the structures are vital to the progression of the disease and can block communication between nerve cells and disruptive processes that the brain must use for proper cognitive functioning.

There are currently five different medications that fall under two types of drugs that are approved by the Food and Drug Administration for the treatment of memory loss.

Cholinesterase Inhibitors - These drugs treat Alzheimer's symptoms relevant to memory loss, language and communication, judgement, thinking and processing. These inhibitors prevent acetylcholine from breaking down which is an important chemical messenger that supports the ability to learn and remember. These drugs can slow symptoms or prevent them from worsening for a brief time. There are three medications approved and prescribed for cholinesterase inhibition:

Memantine (Namenda) is a medication used to treat moderate to severe progressions of Alzheimer's disease and can improve memory, language and communicative skills, attention span, and simple processing of tasks. This Alzheimer's drug is used in combination with a Cholinesterase inhibitor in most cases and is used to regulate the glutamate chemical levels, but does have side effects such as headaches, dizziness, confusion, and constipation. The fifth medication available to treat Alzheimer's is a pill that combines memantine and donepezil.

The Biogen Alzheimer's drug is the first to be developed that treats the possible cause of Alzheimer's rather than just the symptoms. Cholinesterase inhibitors and Memantine can only improve symptoms for 12-18 months whereas this drug could eventually cure Alzheimer's disease. People who are at an elevated risk for developing Alzheimer's could be treated with Aducanumab before symptoms begin which could prevent the disease from developing at all.

Alzheimer's drugs are often not enough to treat the disease. Other symptoms of Alzheimer's including anxiety, depression, and irritability need to be treated in other ways. In later stages of Alzheimer's, these symptoms can increase dramatically to include anger, hostility, agitation, aggression, physical or verbal outbursts, hallucinations, delusions, and restlessness leading to sleep disturbances.

Non-drug approaches are usually suggested first for treating these symptoms of Alzheimer's disease. Most of these treatments are for the caregiver in order to help them manage the patient's care and keep their home life as harmonious as possible for both the patient and the caregiver.

When non-drug approaches are not helping patients and family cope with the symptoms of Alzheimer's, physicians may prescribe anti-anxiety, anti-depressants, or antipsychotics, and sleep medications. Commonly prescribed medications for Alzheimer's behavioral symptoms include but are not limited to:

Antipsychotic drugs can increase the risk of stroke and sudden death in elderly patients with dementia. These types of drugs should be taken with extreme caution and are labeled with a black box warning to remind patients that they are not approved by the FDA for the treatment of Alzheimer's or Dementia, rather for psychotic mental illnesses.

There are a few alternative therapies that are used and are being explored for the treatment and prevention of Alzheimer's disease. These herbal remedies are foods are often touted as being able to enhance memory or cognitive function and prevent dementia related illness and disease.

It is important for patients to remember that alternative treatments are not approved by the FDA as treatments for Alzheimer's or Dementia and are only approved as dietary supplements as their effectiveness is not required to be proven in order to be used as a supplement. Some of the following herbal remedies may be worth looking into further for people wanting a more natural approach to cognitive functioning: 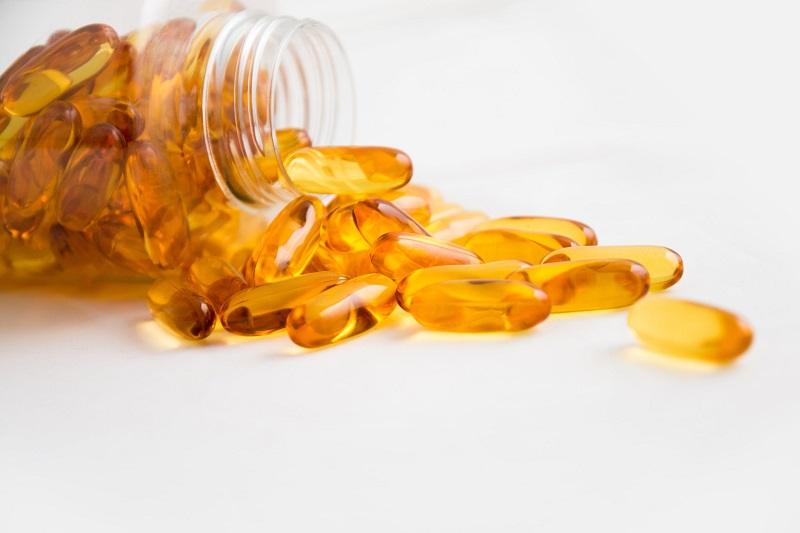 It is important to note that none of these supplements should be used or taken without disclosure to your physician. These supplements are not approved as a course of treatment or medication for Alzheimer's.

The Future For Alzheimer's Breakthroughs

Alzheimer's breakthroughs rely on the development of drugs to prevent, and cure Alzheimer's disease. One organization, Alzheimer's Drug Discovery Foundation, ADDF, is on a mission to accelerate research and discovery of Alzheimer's treatment and medication.

This foundation is the only charity with the sole purpose of discovering and advancing treatment for Alzheimer's patients. The ADDF is currently working on several different drugs for Neuroprotection, misfolded proteins, neuroinflammation, epigenetics, biomarkers, and more. All of these drugs could help to stop and, hopefully, reverse the signs of Alzheimer's.

Aducanumab has the most chance of making it past clinical trials and start patient treatment; however, there are a few other Alzheimer's drugs that are in the clinical trials phase as well or currently being researched and fundraising happening.

If you are suffering from memory loss or the signs of dementia, start off your journey to treatment with certified counselors. Memory loss and other symptoms of Alzheimer's can also be symptoms of depression, anxiety, stress, and other mental or emotional factors.

Can Marijuana Help With Or Prevent Alzheimer's Disease?
For Additional Help & Support With Your Concerns
Speak with a Licensed Counselor Today