How Mirror Neurons Help You Relate To Others 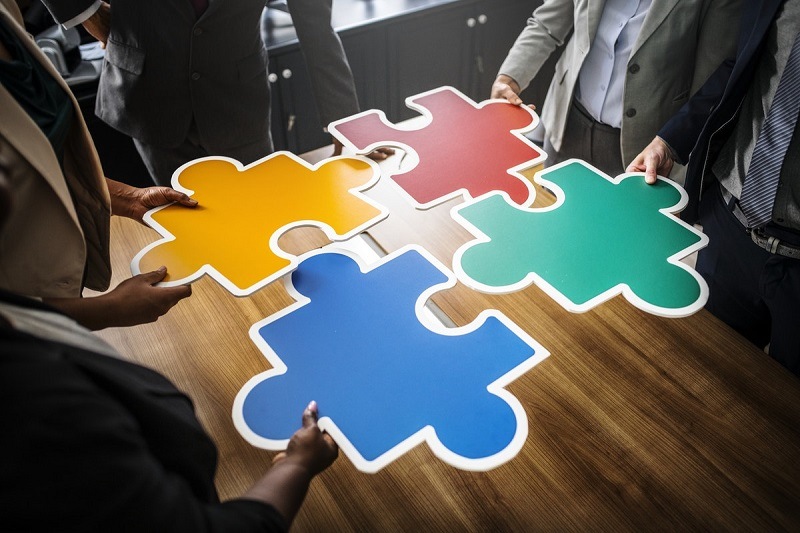 Looking For Mental Health Resources Without Success?
Let A Therapist Help You Access Them

Do mirror neurons make us human? That's the claim of some articles going around right now. The answer is that on their own, they don't. That doesn't mean they don't play a very important role in human socialization, though. These neurons have been a hot topic in psychology recently, and that leaves many people wondering what exactly mirror neurons do for us.

The truth is, there's a lot of contradictory and even outright false information out there about mirror neurons. Maybe it's because we're always looking for the key to what makes us different from other animals. Some other animals, for instance, also have mirror neurons that work in much the same way as ours.

Although these neurons don't exactly "make us human," they can give us hints about how our brains relate to others and how some individuals' brains function differently.

What Are Mirror Neurons?

Let's start with a definition. Mirror neurons are nerve cells in the brain that activate both when you perform an action and when you witness someone else performing the same action. This is different from other neurons that only fire when you, yourself, act. That is where the name comes from—the idea that these neurons mirror behavior outside yourself as though you are the one acting on that behavior.

We're not talking about just a region of the brain. It goes right down to the very nerve cells. The same neurons were firing off both when performing the action and watching that action. At least, that's the way it worked with primate subjects. Of course, human brains are more complicated, and it is difficult to determine down to single neurons which ones are activating. Research can locate the firing neurons down to a very small region using imaging technology, but even a tiny region of the human brain contains millions of neurons.

Mirror neurons seem to be even more developed in humans than in other animals. And that is part of what has led some people to claim these neurons are what make us human or led to our unique abilities in language and building civilizations. Current research is studying how these neurons may have contributed to empathy and the development of language, as well as possible connections to autism.

Where Are Mirror Neurons Located

As stated, mirror neurons are in the brain. Specifically, researchers have found them in the premotor cortex, the supplementary motor area, the primary somatosensory cortex, the inferior parietal cortex, and the medial temporal cortex. How Mirror Neurons Are Used In Psychology

How exactly are mirror neurons used in the study of psychology? One of the concepts being researched is how the neurons affect our ability to understand others’intentions. Spoken language is an uncommon form of communication, considering that only humans use such a sophisticated language system. Other animals tend to communicate via gestures, body language, and sounds.

Mirror neurons likely developed to help interpret what another individual meant by their gestures and motions, an ability we still possess. Consider, for instance, when another person smiles. We immediately understand the emotion they feel because we know what it's like to smile ourselves.

Mirror neurons are also a fascinating area of research when it comes to mental health professionals and counselors. It is an important part of a therapist's job to be able to understand what a patient is feeling. It can be difficult for patients or clients to put their feelings into words. In those cases, counselors often need to be able to interpret non-verbal cues from the individual.

How Mirror Neurons And Empathy Are Linked

Some scientists believe mirror neurons provide a biological basis for empathy and social behaviors. When we see someone else make a facial expression that we have made before, as an example, we empathize with the emotion associated with that facial expression. It is one way we have of interpreting each other's non-verbal cues.

The truth is that non-verbal cues tell us more about each other's thoughts and feelings than actual language, at times. For many, the tone in which someone speaks to us conveys more than the actual words said. Imagine someone saying to you, "Knock it off." If they said it while scowling and with a serious tone of voice, you interpret it most likely as an annoyance. But if they say the same words while smiling and laughing, then you know it is playful, and they aren't really annoyed or angry with you.

It's only slightly helpful for a therapist to know what an emotion feels like to them. What they need to know is what the emotion feels like to their client. While empathy is helpful, it cannot be relied on entirely, whether in counseling or everyday interactions. We still need to be able to understand that although we may somewhat "get" what someone else is feeling, their experience is not ours.

What is being mirrored is the self, not others outside of you who may be making the same actions, gestures, or facial expressions. As F. Diane Barth, a licensed counselor and social worker, words it, "what [mirror neurons] actually help us feel are what we would experience if we were in that person's place," not what the other person is feeling.

This leads to another interesting point in psychology. This could be the reason why we guess correctly more of the time when we are interacting with someone whose experiences are like our own. We have a more difficult time empathizing with individuals with different life circumstances and histories than ourselves. Without finding some common ground, that makes it quite difficult to empathize with individuals who are different from us.

It is easily seen that some people are better at finding common ground than others because individuals have varying levels of accuracy in empathizing with another's emotions.

This where we circle back around to language. We may not be able to feel exactly what someone else is feeling but if we can understand that they are experiencing emotion, we can ask them to explain what they are feeling and experiencing. This can help people to feel better and even change their behaviors, even if we don't entirely understand them. In the end, people like knowing that they have been understood, whether differences remain or not.

Understanding all of this helps therapists to better interact with clients, and that's one reason that mirror neuron research has contributed significantly to psychology.

The Possible Connection Between Mirror Neurons And Autism Looking For Mental Health Resources Without Success?
Let A Therapist Help You Access Them

Because of where mirror neurons are located in the brain, some researchers also hypothesize that they could be linked to other autism symptoms as well, such as an impaired motor or language skills. It should be noted, however, that this does not mean mirror neuron impairment causes autism. The impairment is a symptom that leads to more observable symptoms.

Research on how mirror neurons and autism are connected continue, and the answers are not yet conclusive.

If you're having trouble relating to or empathizing with others, it doesn't necessarily mean you have reduced mirror neuron function. A professional counselor can help you learn better socialization skills, even if you have existing mental health disorders.

Anxiety often goes hand-in-hand with poor socialization skills. Research shows that online therapy can play a significant role in reducing anxiety symptoms. For example, one study found that online therapy was even more effective than traditional in-person sessions, with 100 percent of participants in the online group showing continued symptom reduction three months after treatment. On the other hand, individuals in the face-to-face group showed “significantly worsened depressive symptoms” over the same period. This study explores how internet-based treatment compares to regular face-to-face therapy.

Online therapy with BetterHelpcould be a great solution. BetterHelp’s platform allows you access to trained professionals right from the comfort of your home, day or night. And, you can be in contact with them on a more regular basis than in a formal office setting, which can be a comfort during the tough times when you may need to speak with a trusted professional. Consider the following reviews of BetterHelp therapists below, from people experiencing similar issues.

“Kayla is the best. With how crazy the world has been and everything going on in my life at the same time I was in a pretty dark place. Kayla helped me improve my state of mind, communication skills and emotional awareness. My marriage benefitted greatly and everything I learned will stay with me forever.”

“Stacy has been so generous with her time and support, helping me build skills to better communicate in my marriage and support my in-laws during a difficult life transition.”

Various leaders and coaches are taking the information gained from mirror neuron research and turning it into practical applications. One athletic trainer suggests that athletes can increase their abilities by watching other athletes perform. The idea here is that by rehearsing mentally, athletes can reinforce skills they are practicing or trying to improve. Research has not conclusively studied such theories, but it is possible that imagining certain activities can fire off neurons and help to reinforce or improve skills.