How Your Behaviors Impact Your Relationships

The definition of behavior is how one conducts themselves or acts, especially toward other people. If you think about it, we are our behaviors. The way that the people around us choose to measure and define us can be traced directly back to how we behave. Because of this, our relationships are all going to be more healthy or less so depending on what behaviors we choose to undertake. The better our choices in this regard, the more balanced and manageable our lives will be. Let's talk a little more about behavioral options and behavioral psychology.

What Is Behavioral Psychology?

Behavioral psychology is also sometimes called behaviorism. It is the disciple whereby human beings are studied with the assumption being that their actions are predictable through their conditioning. That conditioning comes about through one's interaction with the surrounding environment. For instance, if you grow up in a household where there is a good deal of anger, yelling, screaming, and physical violence, then it makes sense to assume that you have a high chance of repeating those behaviors because you have come to understand them as being normal. By contrast, if you grow up in an atmosphere that is very loving and nurturing, then that is probably how you are going to behave when you begin to have acquaintances outside the home. There are always exceptions to these proclivities. Just because a person grew up around violence doesn't necessarily mean that they're going to be violent. This brings up the whole concept of nature versus nurture. The prevailing theory is that while some of what we become are based on what is around us during our formative years, there's also a part of us that takes the form of genetic coding. This is what causes our personality traits that have nothing to do with how we were raised. It is ingrained in you that has nothing to do with how the adults who were around treated you.

What Does This Mean As It Relates To Your Relationships?

It's an easy matter to agree on a behavioral therapy psychology definition, but words aren't people. The most brilliant scientists on the planet can study what they believe humans are going to be like based on how they grew up, but the unpredictability of humans is part of what makes life interesting. If all of your actions could be predicted beyond a shadow of a doubt, then life would cease to have any of the special surprises that make it worth living.

Yes, you are conditioned to behave in specific ways, but you still have free will. You can make your own choices. There are even more people who choose to add an element of spontaneity to their lives by occasionally doing something completely unexpected because they think they're stuck in a rut. There can be no doubt that your behavioral choices impact your relationships, and you should never use the excuse of "I was preconditioned to do something" if someone is upset because of a way that you acted. That's because even if doing something is a learned behavior, you also always have it in you to change your behavior if it is upsetting someone about whom you care.

How Can You Change?

So, what can you do if there is a behavior that you have learned is acceptable but that which now is causing problems for you? Let's take as an example a situation where you are in a relationship with someone, and you cheat on them. You have learned that this is an acceptable way of behaving because both of your parents were serial cheaters. Infidelity is something that you thought was normal, and though you told your partner that you would be faithful to them, you were only paying lip service to the concept.

If you get caught, you're quickly going to learn that your partner is not okay with what happened. They may well be heartbroken and break up with you, and your explanations of "well, it's something that my parents always did" will not be acceptable to them. They will point out, and rightly so that you are solely responsible for your actions when you reach adulthood.

You are capable of changing if something like this happens, but it might not come easily. That is where behavioral therapy comes in. It is hugely beneficial if you don't feel that you're strong or motivated enough to make the changes that you want by yourself.

Behavioral therapy is a kind of treatment where you talk to a qualified mental health professional about the behaviors that you'd like to change. You discuss what took place in your life to make you think that those behaviors were acceptable, and you come up with some ways that you can disrupt the pattern in the future. You might not be able to salvage a relationship that you wrecked because of some previous actions, but you may have a better chance at avoiding that pattern in the future.

You Can Also Try To Change On Your Own

There are also some people who have an aversion to any kind of therapy. These people have different reasons for not wanting to take that approach, but many of them feel like they're determined enough to change without the aid of an outside source.

This emphasis on self-reliance can sometimes be problematic. What if you have some behavior like the tendency to overeat, for instance, and you keep gaining weight, but you feel like you don't need to seek help from a behaviorist or a personal trainer? You might become depressed because you can't make the changes that you want, but you're also not willing to talk to someone about some different techniques from what you are using.

Some people do have it inside themselves to change their behavior without any help from an outside source. If that sounds like you, then it's certainly commendable, but you should at least leave yourself the option. Rigidity in this area is probably not going to help you throughout your life. Everyone needs help sometimes, and there's no shame in asking for it. On the contrary, it shows a maturity that you're able to do so.

Changes In Other Relationships In Your Life

Changes in your behavior when it comes to your spouse or partner are vital if it leads to a better partnership on the whole, but there are plenty of other people in your life and lots of different situations where you should be paying attention to your actions. You make dozens of decisions throughout your day, and the more of them you make that are deemed acceptable and reasonable by society, the better you're going to be able to get along with everyone around you.

This is not to say that you need to be some drone or fit into a societally-dictated mold. Rather, if you're doing things that you know virtually everyone around you will disapprove of, then you should think about making some changes.

For example, if you spread malicious rumors about people with whom you work, then all of your coworkers will think that you're not trustworthy, and they will shun you. If you shoplift and the people around you know that you do it, then they're going to think less of you. If you're unkind to people, then you're going to cultivate a reputation as being heartless. Again, it goes back to your behaviors defining you. All of the foundations of your relationships are based on the actions and values that you demonstrate in different settings in which you find yourself. This is how the content of your character is determined.

With Age Comes Understanding And Experience

When we're younger, we are in the process of learning, so don't be too hard on yourself if you engage in some behaviors that are objectionable when you are a teenager or in your twenties. The time will come when you will be able to make better decisions and engage in better behaviors because you are learning from your past mistakes.

Remember the axiom, though, about being doomed to repeat your mistakes if you forget them. Every time you make a misstep, you should make a mental note of it. That way if a similar situation comes up later on, you will behave differently. This will positively impact your life and your relationships as well.

When you have a chance to be unfaithful to your partner again, this time you won't take it. You won't shoplift anymore because you remember how people looked at you disapprovingly when they found out about it, and it made you feel bad about yourself. This is a part of what it means to become an adult and to progress further into adulthood. The older you get, the better your choices should be because you have more life experience on which to draw. 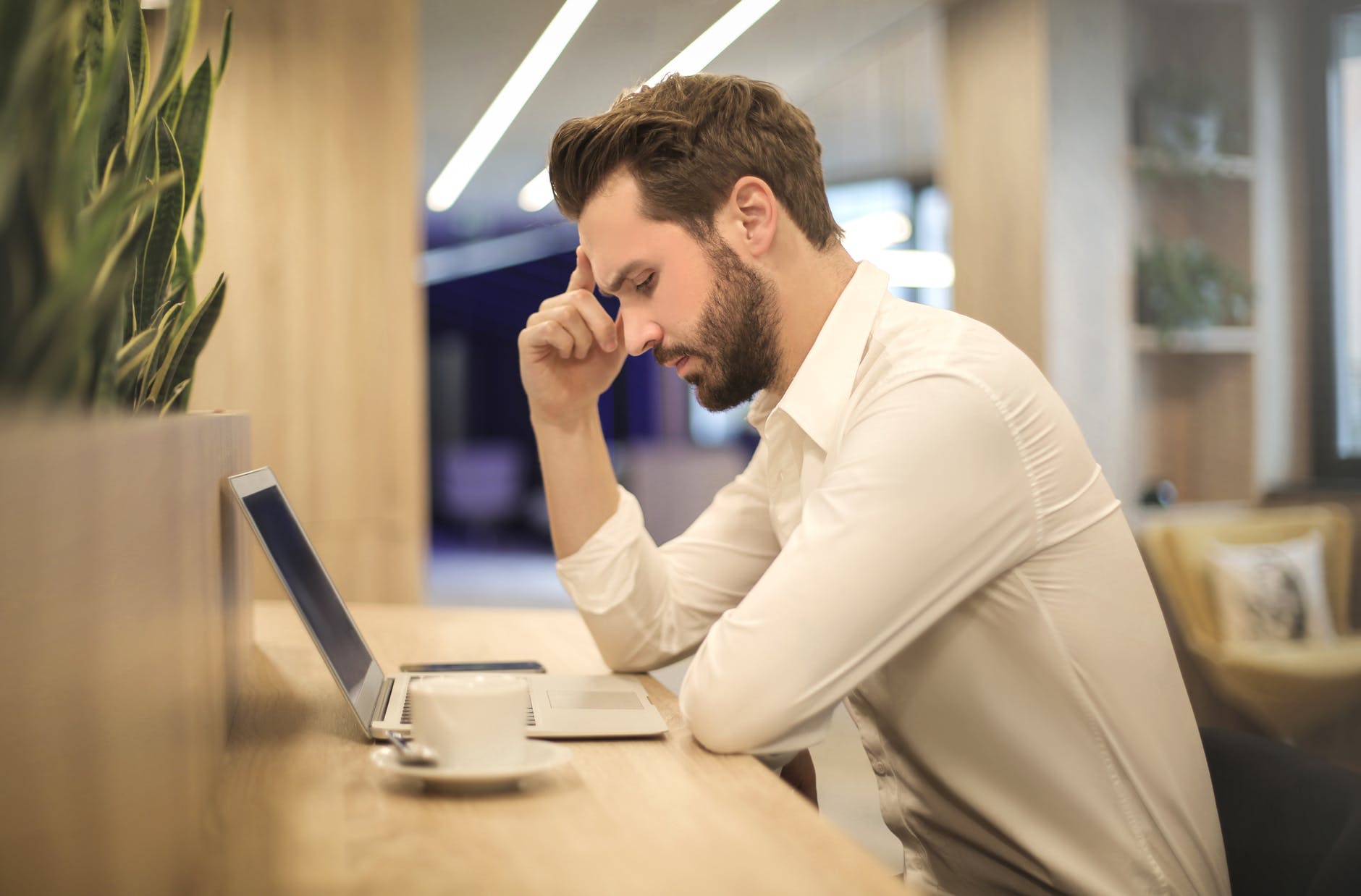 Do You Want To Talk To Someone About Your Relationships Or Your Behavior?

Maybe it's time for you to talk to someone about some of your objectionable behaviors and some ways that you might change them. Perhaps you want to discuss some problems that you are having in one of your relationships based on some of the harmful or inconsiderate actions that you have taken. If that's the case, then you can reach out to one of the mental health professionals at BetterHelp. We'll be pleased to give you some advice and get you back on the right track with the people around you.

There is no harm in making mistakes when it comes to your behavior as long as you learn from them. The one thing you never want is to keep getting stuck in the same self-destructive loop. What wrecks your life is when you are unable or unwilling to change.

Previous Article
Predator Definition: Learning To Recognize Signs Of Predatory Behavior In Relationships
Next Article
How Avoidance Behavior Is Harmful
For Additional Help & Support With Your Concerns
Speak with a Licensed Therapist
The information on this page is not intended to be a substitution for diagnosis, treatment, or informed professional advice. You should not take any action or avoid taking any action without consulting with a qualified mental health professional. For more information, please read our terms of use.