Advice Home > Bipolar > Can You Hurt People During Mania? Does A Bipolar Person Know Right From Wrong?

Can You Hurt People During Mania? Does A Bipolar Person Know Right From Wrong?

Bipolar disorder is a mood disorder that is characterized by extreme highs and extreme lows. When you're "high," you're living with mania. During mania, you might be behaving impulsively and possibly making dangerous decisions. To cover up the impulsive decision-making and any shame affiliated with it, some people (not all) lie about their actions. Some people with Bipolar disorder lie to cover up the things they've done that might hurt people. There are some times when they're aware of the lies that they're telling, and there are times where someone might unconsciously repress these untruths and might be unaware. So, the question is, does a bipolar person know right from wrong? Let's find out. 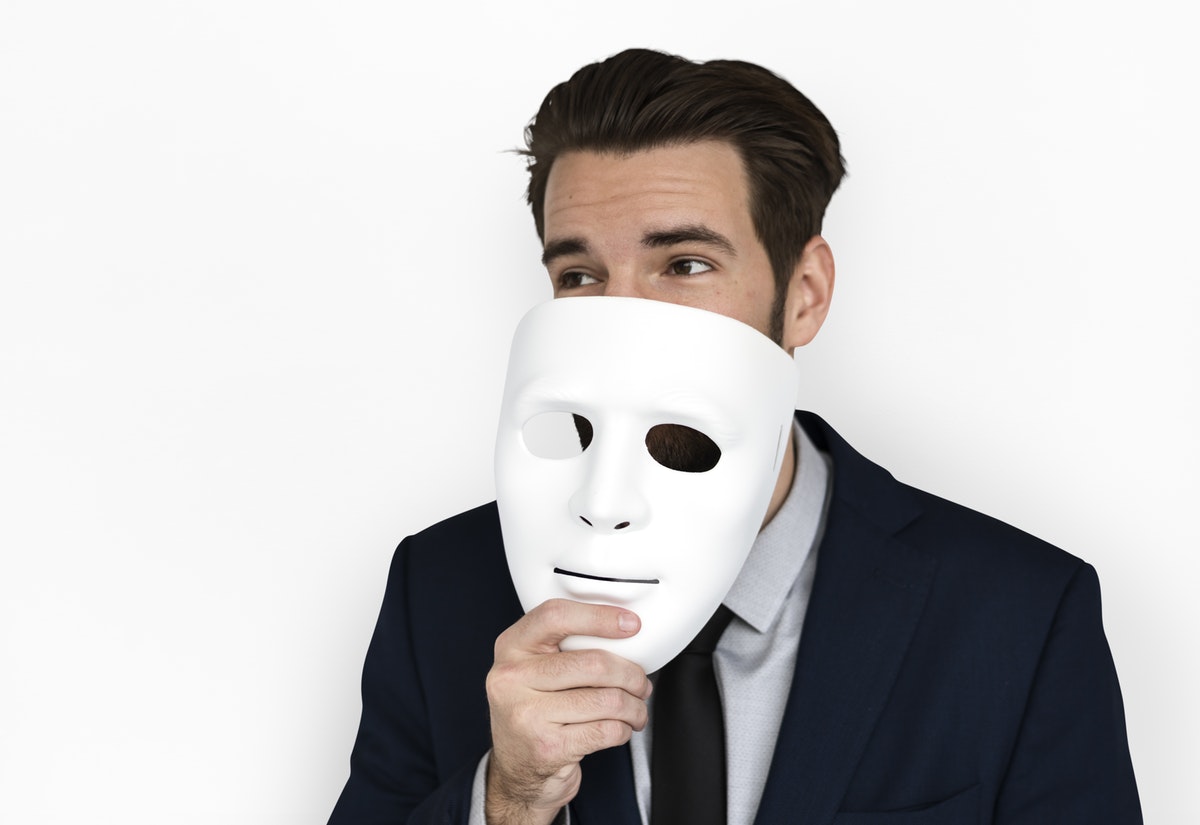 Bipolar Disorder Can Cause Someone To Make Impulsive Decisions
Talk To A Licensed Counselor Online!

Bipolar disorder is a mood disorder, and it affects roughly 0.6% of adults in the USA on a yearly basis. People with Bipolar disorder fluctuate between episodes of mania and depression. When you're manic, you're extremely energetic, don't need much sleep, and have lots of ideas. Mania can be exhausting. Some people experience a "manic high," or they feel on top of the world. During this time, they might engage in behaviors such as impulsive spending, gambling, substance abuse, and risky sexual activity. When they're depressed, Bipolar disorder can cause people to feel a lack of energy. They may not have good personal hygiene because they might not feel that they're able to get out of bed or take care of themselves. At worst, people with Bipolar disorder will have suicidal ideation or engage in trying to end their own lives. If you're experiencing suicidal ideation or are in danger of harming yourself, please call 911 or go to the nearest emergency room.

People with Bipolar type 1 have manic episodes where they feel "high" and energetic. Eventually, they'll crash and enter a depressive episode.

With Bipolar Type 2, a person mostly experiences depressive episodes. However, people with Bipolar Type 2 experience something called hypomania, which lasts for a period of approximately 3-5 days. If left untreated, hypomania can turn into full-blown mania.

The Actions of Someone With Bipolar Disorder

When a person with Bipolar disorder experiences a manic episode, they tend to have racing thoughts. They think fast, act impulsively, and may have a sense of grandiosity or large ego. As a result, they may lie or say things that are untrue about themselves to impress others. If they engage in substance abuse, their judgment is impaired, and they might struggle to know the difference between right and wrong because they're functionally impaired as a result of the substance use.

Telling lies due to Bipolar disorder can be extremely dangerous. It can result in losing relationships, losing your job, and can ruin opportunities in your life.

How to Treat Lying in Bipolar Disorder

One of the things that you can do if you struggle with lying and you have bipolar disorder is to seek the help of a licensed therapist. A therapist is an unbiased person who you can confide in, and they can help you determine why you're choosing to lie. After you figure out the source of your lies, you can start to develop healthy coping skills and stop lying. If you choose to tell the truth, they can support you through the anxiety that comes up when you start to be truthful. Remember that it's not your fault if you struggle with lying as a result of bipolar disorder. 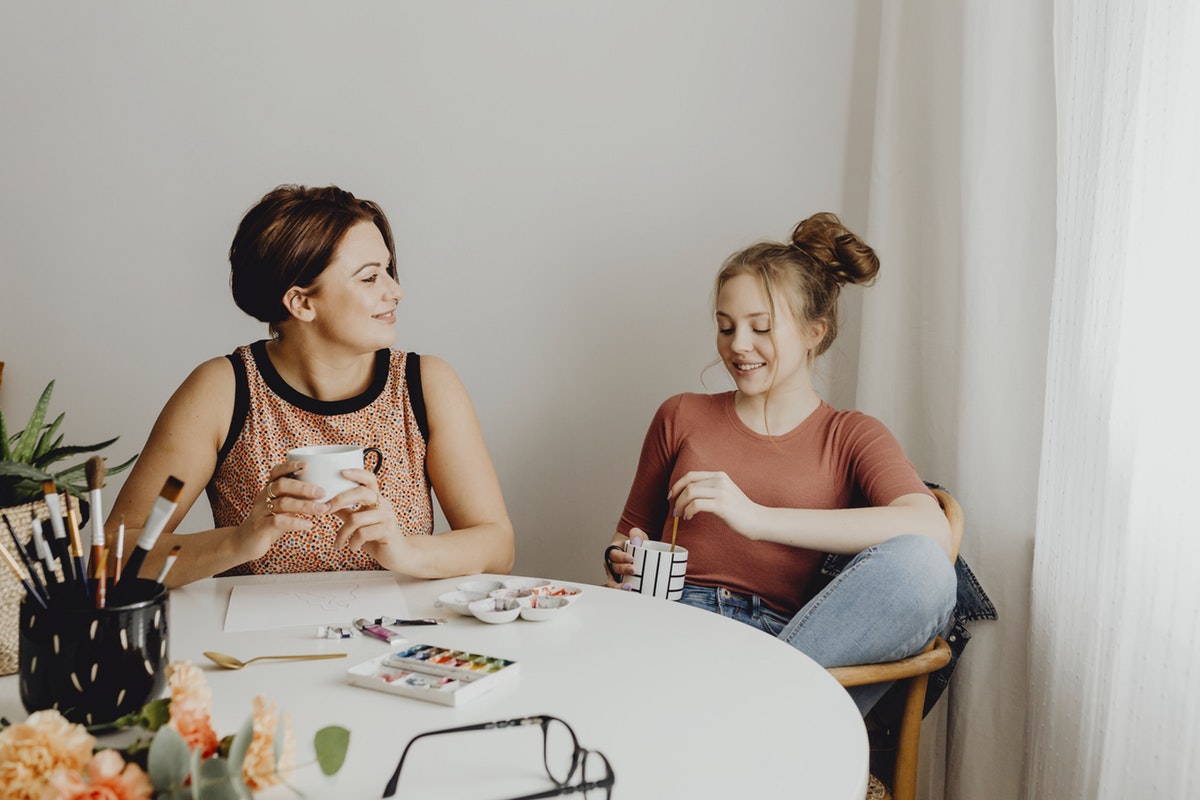 The most important thing is to seek help if you have trouble being honest. If you find that you have lied, it's not the end of the world. You can fix the situation, and people will most often be grateful that you came forward. Always try to do the right thing after you realize that you've told a lie. It's often the case that people will receive your coming forward incredibly well and will really appreciate it. There will also be situations where they don't take it well, and that's okay, too. The important thing is that you do the right thing, and working with a therapist can help you learn not only how to avoid this from happening in the future, but also, how to cope with the current reality of your situation. An added bonus of seeing a therapist is that learning more about yourself and your condition in therapy can also help you to understand your triggers and the signs that a depressive or manic episode is coming on.

There are many types of mental health treatment that work for bipolar disorder including behavioral therapy, and psychodynamic. Among these numerous kinds of therapy that help people with Bipolar disorder is CBT (Cognitive Behavioral Therapy), which is usually conducted in one-on-one sessions with a therapist. In CBT, a person confronts negative thoughts about themselves and reframes them. They participate in keeping thought records and recognizing cognitive distortions such and black and white thinking where you see yourself or a situation as "all good" or "all bad." Research has shown some benefits from treating bipolar disorder with CBT in conjunction with medication treatment.

DBT is another popular line of treatment for many mental health issues. Dialectical Behavioral Therapy was originally created for people with Borderline Personality Disorder (BPD) who were historically marked as treatment-resistant. When people began practicing DBT, they realized that it was not just effective for people with BPD, but also for people with Bipolar disorder and other conditions. People with Bipolar disorder may benefit from DBT skills and techniques such as mindfulness, distress tolerance, management of interpersonal relationships, and emotional regulation. DBT is frequently conducted in a group setting, but you may also learn DBT skills in one-on-one therapy. 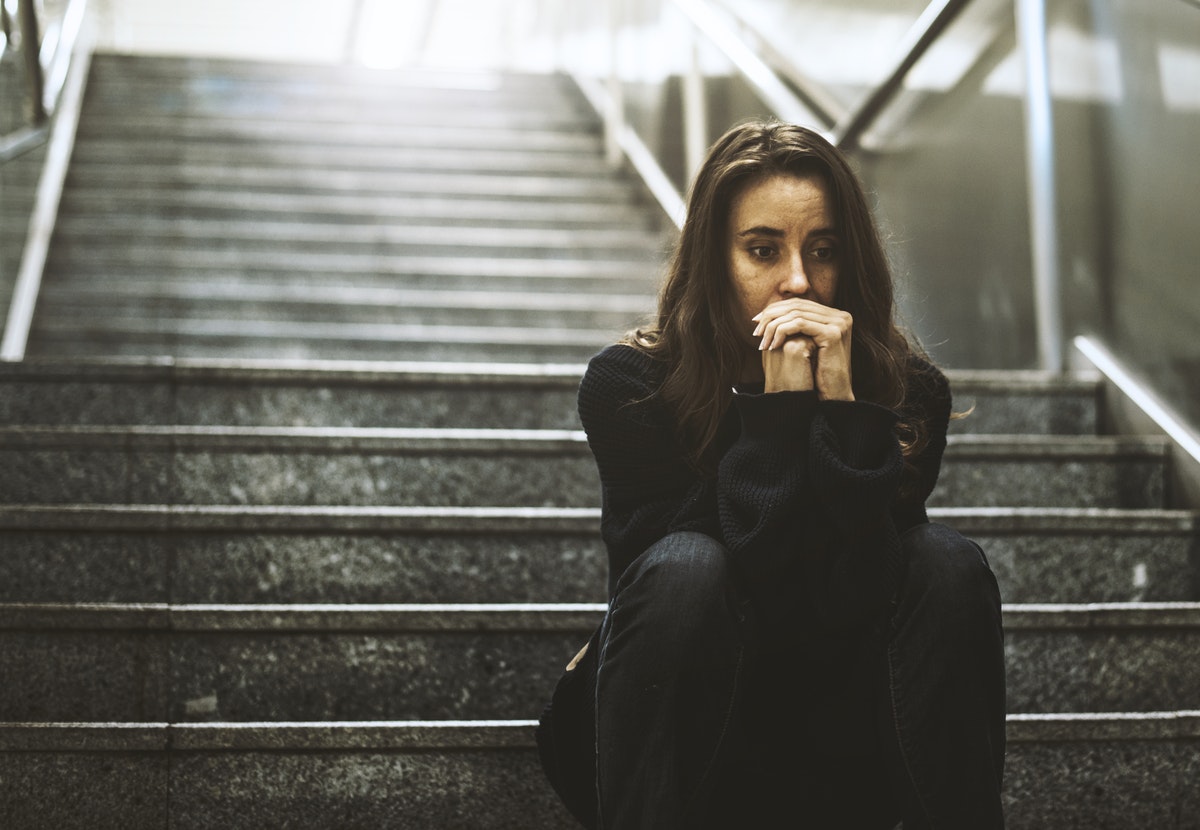 Bipolar Disorder Can Cause Someone To Make Impulsive Decisions
Talk To A Licensed Counselor Online!

Living with Bipolar disorder isn't easy, but CBT, DBT, and other forms of mental health treatment can make a world of difference in managing the condition depending on your unique history, personality, and struggles.

CBT Versus DBT - What Works?

Cognitive Behavioral Therapy targets thoughts and emotions. If you're struggling with negative thought patterns, you can change your thoughts by using CBT exercises. This form of therapy can help with mood disorders and a variety of other issues. CBT gives people a place to talk about what they're going through, establish coping strategies with their therapist, work through cognitive distortions, and increase their ability to navigate their feelings. DBT focuses on four different areas of life: interpersonal skills, emotional regulation, distress tolerance, and mindfulness. The great thing about DBT is that it focuses on radical acceptance.

For people with Bipolar disorder, it can be hard to come to terms with the polarity of mania and depression. And it's hard to accept certain maladaptive behaviors and thoughts that come along with those actions. You can't control when you're depressed or manic, but you can manage what you do when you're in these states. A person with Bipolar disorder may resent that they have the illness, but by using radical acceptance, they can cope with the symptoms and learn to engage in positive behaviors rather than self-destructive ones.

What If I Notice These Patterns in my Child or Teen?

Say that you have a child who is diagnosed with Bipolar disorder, and you sense that they might be lying quite a bit. White lies are one thing, and every teen tells them from time to time as they grow into adults, but it's important not to let your child's lies spiral out of control. The most important thing to do if you notice this behavior in your child or teen is to confront it. Don't be accusatory; they might be lying out of shame, guilt, or fear regarding what's really going on with them. It's best to let them know that you love them no matter what, ask where the need to lie came from, and let them know that they can be honest with you. If possible, set them up with a teen counselor that they can talk to. Kids and teens aren't always willing to go to therapy, but it can be of tremendous help for all ages. A study of adolescents aged 12-18 with Bipolar disorder showed that DBT has many benefits for people of that demographic who are living with the condition.

If you notice that your family member, a close friend, or spouse is struggling with lying, it's best to confront them. Most of the time, you'll be surprised by the root of the problem, and it'll be cathartic for both of you. This doesn't need to be the elephant in the room anymore; people can change their ways and help is available.

Getting Help for Bipolar Disorder and Knowing Right from Wrong 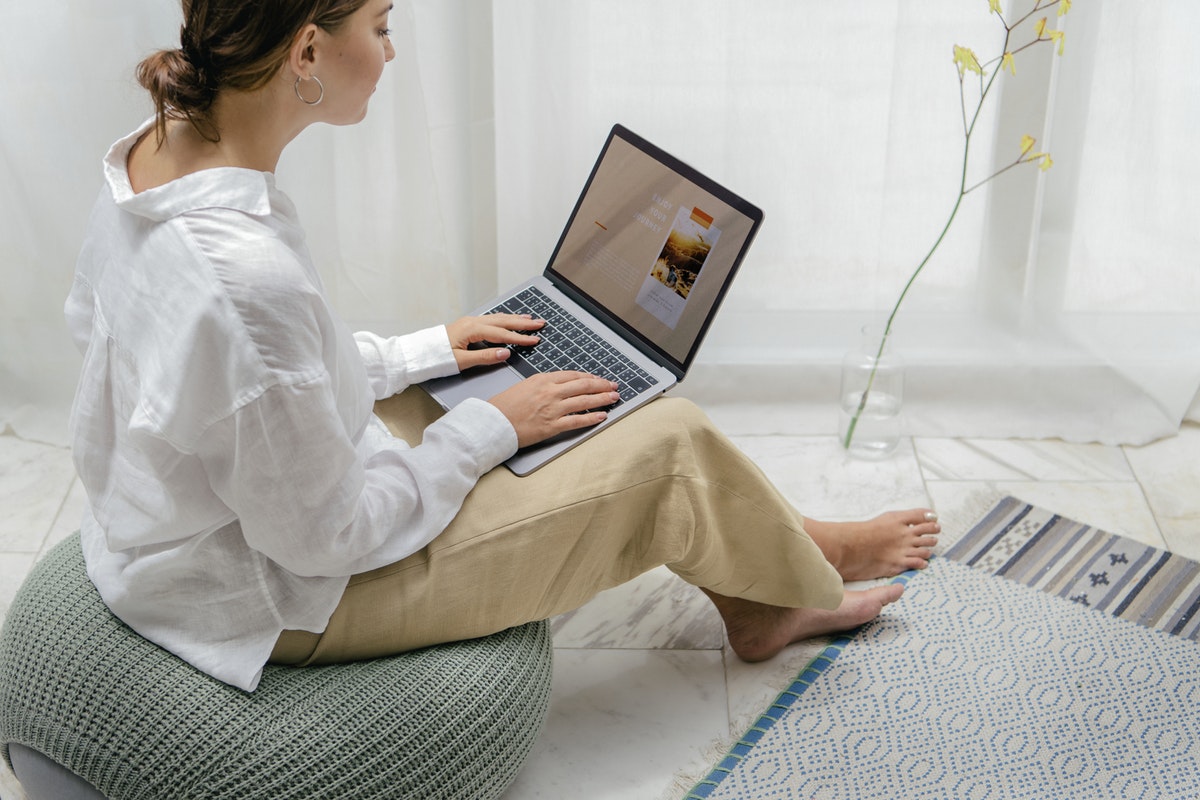 If you're struggling with telling the truth and having bipolar disorder, you're not alone, and you can get the help that you need. Therapy can be an excellent tool to cope with these issues, along with seeing a psychiatrist to regulate your emotions. Whether you work with an online therapist or someone in your local area, you can get help with these issues. The counselors at BetterHelp are ready to assist you in helping yourself and learning coping techniques so that you can be more truthful in your interpersonal relationships. Search the network of counselors at BetterHelp and find someone that's right for you.

How Accurate Is An Online Bipolar Quiz?
For Additional Help & Support With Your Concerns
Speak with a Licensed Counselor Today

Am I Bipolar? 8 Signs Of Being Bipolar

How Do You Define Mania, And What Are The Symptoms?

How Accurate Is An Online Bipolar Quiz?

Bipolar Symptoms In Men: What To Watch For