Advice Home > Body Language > Flirting Body Language: Being Sure Of The Signs You Send Before Making Your Move

Flirting Body Language: Being Sure Of The Signs You Send Before Making Your Move

Female body language, flirting, and the courtship ritual are some areas that present no problems for individuals who are looking for romance. For others, though, these sorts of things can be downright mystifying. Flirting and body language is something that you need to understand if you want to meet someone who is interested in you. Let's go over some scenarios and talk about a few aspects of body language about which you should know. 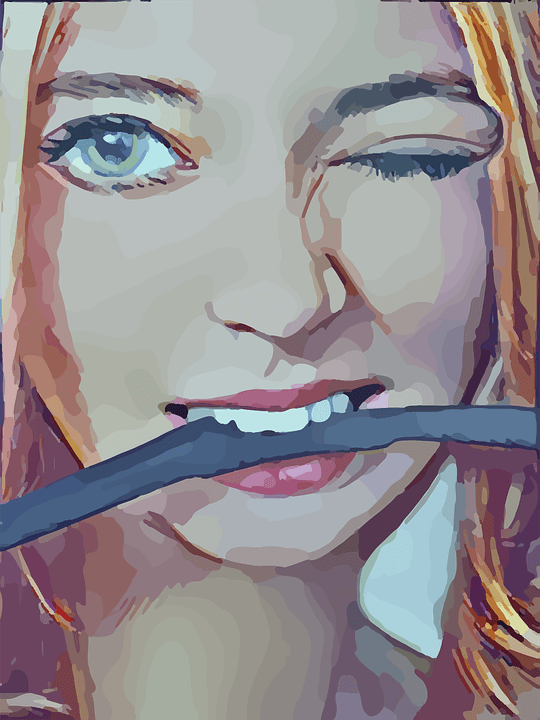 What is the Situation?

Before we tackle the particulars of body language, let's first discuss some scenarios in which you might find yourself. If you are seeking a connection, whether you are hoping for a one-night stand or you're trying to meet a partner for the rest of your life, you first need to acknowledge that some places are more appropriate for you to make a move than others.

For instance, if you're out on a date with someone, then it might be appropriate for you to initiate physical contact with them if you seem to be getting favorable signs. The two of you are both in a situation where it is socially acceptable for you to put your arm around them, for example, or you might reach across the dinner table to try and hold their hand. These are ways of initiating intimacy, but they are relatively benign. They're not considered as forward as leaning over for a kiss.

However, maybe you're on public transportation, and you see someone who seems to be giving you the eye. If all of the physical signs seem to be favorable, then it would probably not be inappropriate for you to move a little closer to try and talk to them. However, it is never appropriate in that spot for you to go over to them and try to put your arm around them or otherwise touch them without their consent. After all, you're a stranger to this person. It could be that you have misinterpreted a signal that you feel like they gave you. While giving them a friendly greeting would be fine to see how they respond, there is no scenario in such a setting where it's okay to be physical. You need to respect societal and personal boundaries.

Maybe there's someone at work with whom you have been talking. The two of you seem to be getting closer, and you're thinking about asking them out. It would be fine for you to do so if you're reasonably sure that they are interested, but you wouldn't ever touch them in a workplace environment. Even if they welcomed your advances, your colleagues wouldn't appreciate it. You need to respect professional boundaries in such a case. If the two of you are about to become involved, it's better that you do so off the clock and in a place that is not under the auspices of your employer.

Now let's talk about some possible body language cues that a person might employ if they are trying to get your attention. We'll also go over some signals that an individual is not interested in you.

If you want someone to know that you're feeling good about them and you want to engage with them, then smiling at them is the easiest and most recognizable way for you to do that. It's something that we learn even as babies: when someone smiles at us, it means that they feel good that we're around and they're friendly toward us. 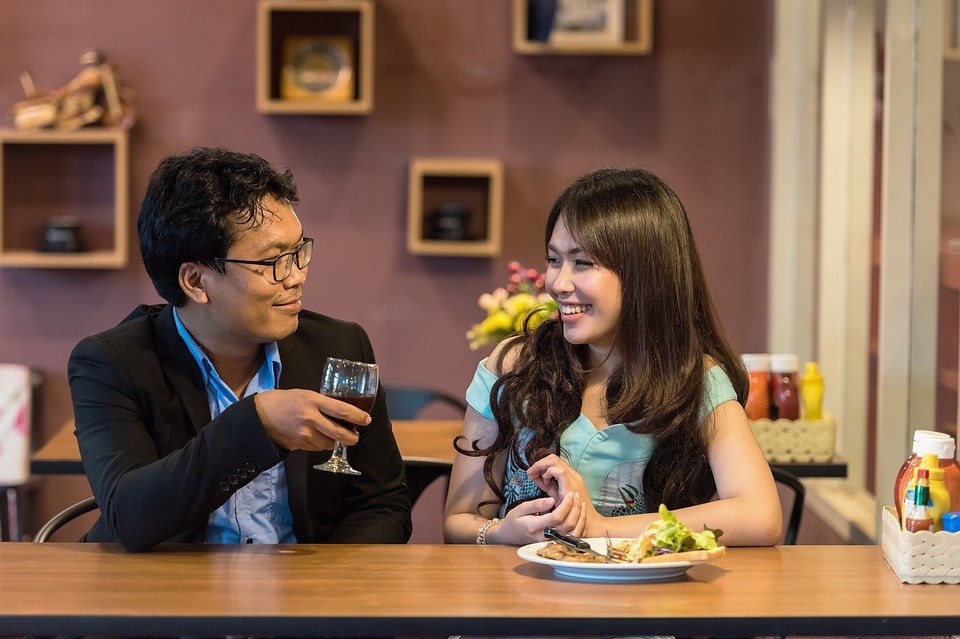 If you are sitting at the bar, for instance, and a young lady smiles broadly at you from a few seats down, then that's a strong indication that she would welcome an advance on your part. In such a situation where you don't know the person, then walking over and introducing yourself would probably be fine. That smile is an invitation of sorts.

However, it is not an invitation for you to put your hands on the person in question or to say something lewd to them. Telling them your name or asking how they're doing that evening is acceptable. If they accept your advance and ask you to join them, then you'll know that you weren't mistaken about their intentions. If they inform you that they aren't interested, then you can return to your seat with no harm done.

The Frown is Hard to Mistake

By contrast, if you look at someone seated at the bar and they frown at you and turn away, that is a clear signal that they don't want you to join them. The frown indicates disapproval, as does breaking eye contact. Eye contact is an indication that someone is trying to hold your attention, and breaking it deliberately means that the person does not want to engage with you.

Much as is the case with a smile, a frown and broken eye contact is something that we learn very early on as humans as indicative of disapproval. If this is something that happens between you and a stranger, then it's best to forget about engaging with them. They're telling you that it wasn't meant to be.

Moving Closer or Further Away

Someone moving closer to you or further away from you is also a body language indicator that is hard to misinterpret. Let's say that you're out on the dance floor at a club. The music is loud, and it would be difficult to engage with someone else in conversation without both of you raising your voice. 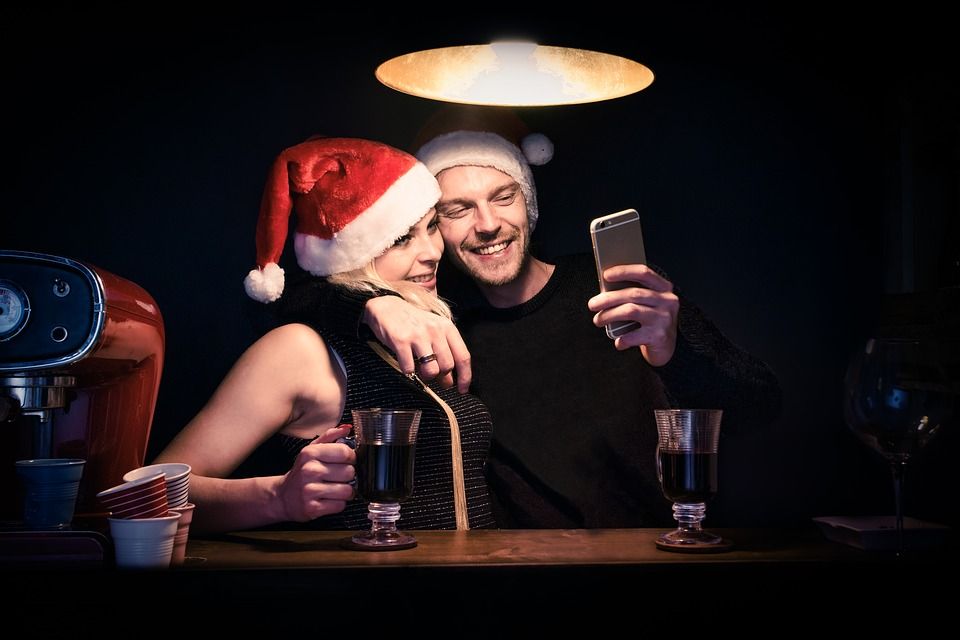 This is a scenario where it is especially important to pick up on body language cues. Maybe you see a young man who is dancing near you, and you find him to be attractive. You catch his eye, and then you deliberately move in his direction. If he smiles and moves closer to you, then that's a clear signal that your interest in him is returned. If he frowns, breaks eye contact, and steps away from you, or turns his back, then that's a signal that's not hard to miss either. In such a situation, it's best to find someone else who might make a potential dance partner.

Let's say that you're at a restaurant on a first date with a woman. The two of you met through a dating app, and you're getting to know one another. You feel like the conversation has been going well. She laughs at your jokes, and she takes you up on your suggestion that the two of you go for a walk through the park nearby and enjoy the sunset.

As the two of you leave the restaurant, she slips her hand into yours. You feel thrilled as the two of you walk down the street with your fingers intertwined. Just about anyone would understand that this initiation of physical contact means that this person is into you and is interested in getting to know you further. If someone initiates physical contact in this way, then that means that they're interested in you. When these things happen, it is often best to follow their lead. If they want more intimacy, then they will let you know.

Flirting: Knowing When to Take Things a Step Further

Let's go back to the scenario of your first date. You've enjoyed your walk through the park, and you have escorted the woman back to her apartment. As the two of you stop in front of her building, she tells you that she had a nice time. She turns in your direction, inclines her head toward you, and parts her lips slightly and deliberately.

Most people would realize that this would be the perfect moment to go in for a kiss. You might be a bit nervous at such a time. However, will often be surprised by how easily these moments work themselves out. 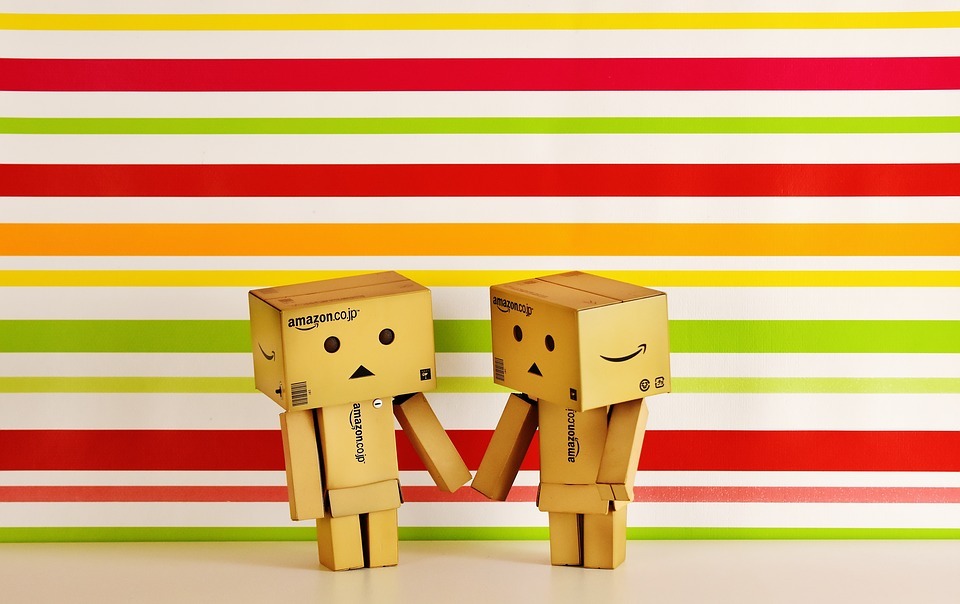 There is a biological impulse to couple with others of our species. We can't all be the most sophisticated and gentile, but when these opportunities come about, usually your body will know what to do. Going in for that kiss will feel right, and as long as you are sure that your date's body language is favorable, then it should be the conclusion of a lovely evening.

Knowing When to Back Down

There are always occasions when body language can be misinterpreted. When it happens, it is best to apologize if you are in the wrong. However, if someone makes a move on someone else, there is usually no mistaking whether the other person wants you to or not. You should pay close attention to their body language so that you don't ever do something that makes them feel uncomfortable. If you feel like there's a chance that you might be overstepping your bounds, then stop what you're doing. If they want you to continue, then they will let you know.

If you're completely unsure of yourself, then it's also not a bad idea to take the mystery out of the equation and to simply ask them. It is always going to be best to be too cautious rather than too forward when it comes to this sort of thing.

Are You Unsure About How to Proceed?

Do you feel like someone you know is giving you mixed signals and you're not sure of the best thing to do? You can talk to one of our mental health professionals at BetterHelp. We can give you some advice about your relationship if you convey to us what body language the other person has been giving you and what they have been saying when the two of you are together.

Body language isn't always the clearest, but often, what a person wants you to do will be conveyed in a more obvious way, the better you get to know them. If you are meeting someone, then pay attention to things like eye contact, whether they smile or not, whether they draw closer to you or further away, and whether they initiate physical contact with you. All of those together should give you an idea of their intentions. Hopefully, you will have no problems responding accordingly.