Since the moment that you are born, you learn to pay attention to the facial expression of each person around you. It is true that you cannot always trust someone's facial expression, but generally speaking, you judge the intentions of those in your vicinity based on their body language, and their facial expressions convey a great deal. In this article, we'll talk a little bit more about the importance of facial expressions, and how reading them accurately is a vital part of communication. 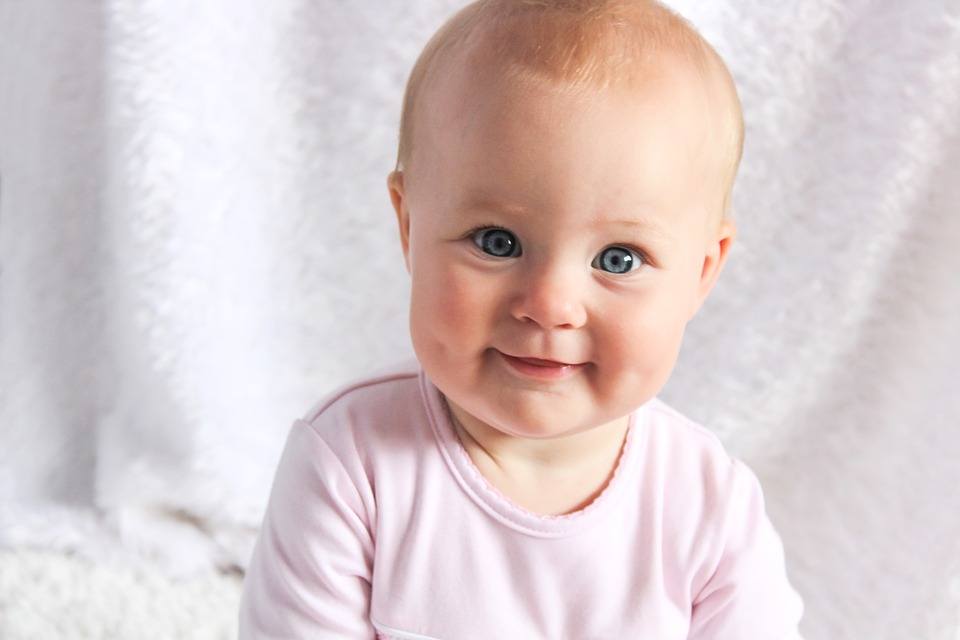 Human beings seem to be biologically hardwired to recognize what you would think of as the most basic of expressions. They also understand the emotions that they convey. At first, an infant will be a sleepy newborn, and they will not be as engaged with their environment. With each month that passes, though, a baby will hit various social milestones. They will become interested in the conversations that are taking place near them. They will smile in social situations. They will try to develop ways to communicate with you, and they will show jealousy if you pay attention to another child more than them. They will even start showing anxiety around strangers.

For each of these milestones, there will be a corresponding facial expression, and while some of them will take place naturally, such as a frown if a baby is upset or a smile when they are happy to see you, some of them are learned behaviors. If you make an exaggerated, sad facial expression when you're upset, or you give them a beaming smile when you're happy, then they will learn what these things mean. As a parent, it's essential that you start a child off early in life with an understanding of these social cues. If you do not do so, then they might struggle in some areas later on in life.

What is a Facial Expressions Chart?

Experts at reading body language often study a facial expressions chart to understand the characteristics of each of the basic human emotions. This can be useful in certain critical situations, like when they are schooling a politician about how they should behave in front of crowds if they want to appear likable and trustworthy.

If there is a meeting taking place between high-ranking officials from different governments, each of them will try to pick up on the intentions of the other through facial cues since they do not speak the same language. The idea is that human facial expressions are universal, and they translate to any culture.

A facial expression chart is also a tool that actors use when they are practicing their craft. Anyone can mimic a particular facial expression, but it is only when specific characteristics are achieved or practiced that an expression seems genuine. Stage actors that perform in theater often study these charts as well. They want to make their movements and facial expressions broader. There is an axiom in theater that you're acting for the people in the back row as well as those in the front. In other words, you want your expressions and movements to be clear for every single person who is watching you, even those in the cheap seats. 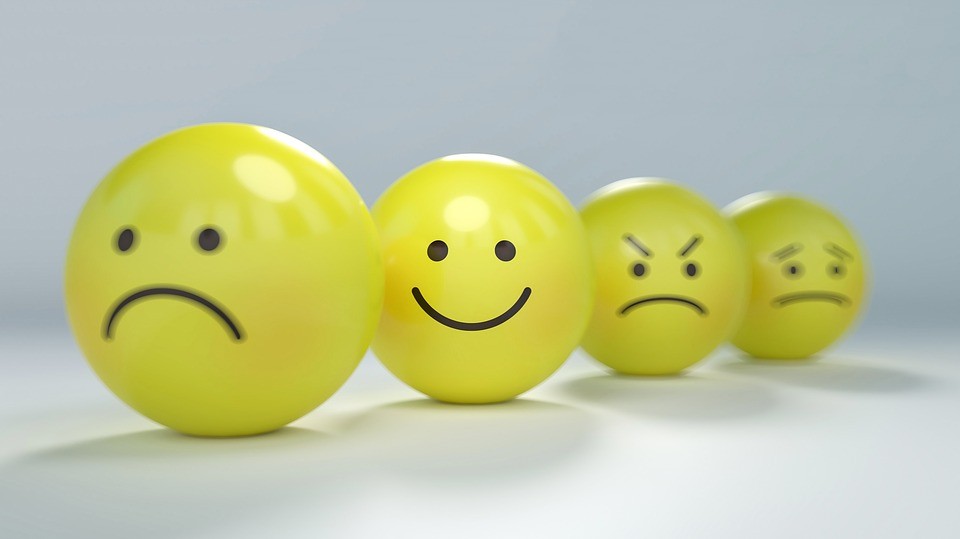 Now, let's go over some of the facial characteristics that you should expect to see when you're dealing with the more basic of human emotions. Happiness is a default human emotion, so it's one of the first ones that a child learns when they are introduced to the world.

What You Should Expect from Happiness

When someone is happy, you should see crow's feet wrinkles, pushed up cheeks, and movement from the muscle that orbits the eye. If someone is faking a smile, then the corners of their mouth might turn up, but these other movements will probably be absent.

You might hear that when someone is faking amusement, then they smile, but "the smile doesn't reach their eyes." This is an accurate assessment. Some have theorized that the eyes are the windows to the soul. The eyes will betray whether someone is truly happy or whether they are merely pretending to be.

A happy facial expression communicates to the people around you that you are actively engaged in what is taking place. If you smile or laugh at what is considered to be an acceptable moment, like in the middle of a birthday party or when there's a punch line in a TV sitcom, then you are seen to be behaving appropriately. Think about what it would look like if you laughed or smiled during a funeral, though. You would be thought of as a sociopath. 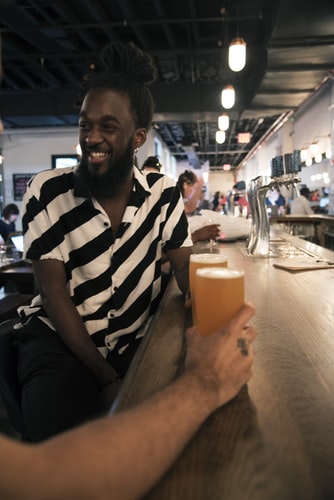 This is why facial expressions and when they are appropriate to use is a part of learned behavior as much as they are natural impulses. The longer you are a part of society and the older you grow, the more you will learn how your facial expressions make you appear to the people around you. Someone who smiles at inappropriate times might not always be a sociopath, though. Perhaps they are on the autism spectrum, in which case their behavior is not necessarily going to be considered appropriate in the face of social norms. Maybe such a person has suffered a stroke and the part of their brain that handles impulse control has been damaged.

What You Should Expect from Sadness

When someone demonstrates a sad facial expression, then the people around them should express concern for them, at least if those in the immediate vicinity are friends or family of the individual in question. It is natural because of our empathetic ability as humans to want to help someone who looks sad even if we do not know them. In some cases, it might lead to your reaching out to a stranger and asking what is wrong, overcoming natural feelings of caution. If you have a kind heart, then it would not be surprising for you to do so.

However, duplicitous people can try to take advantage of this. Acting sad is a way to get attention, so you should be on the lookout for anyone who might use this tactic to their advantage.

When someone is sad, the corners of their mouth will be turned down, and the muscles on either side of their jaw should be as well. Their brow should be furrowed, and the rest of their body will often droop as well. Sadness is an emotion that steals the animation from the body. When you see someone who is sad when others around them are happy, it is only natural for you to try and cheer them up. We see this behavior in primates as well as humans.

What You Should Expect from Anger 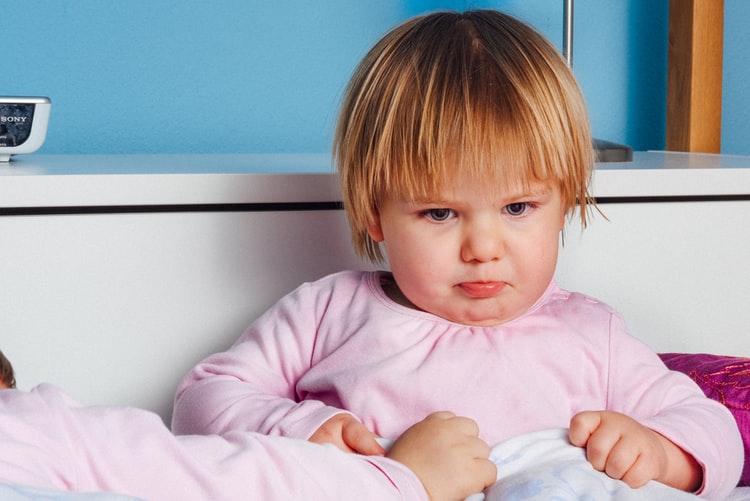 With anger, you should expect to see the eyebrows drawn in toward one another. The eyes might narrow, and the jaw will probably clench. This tension in the jaw should be readily detectable even if the person is trying to conceal how upset they are. Their voice when they speak might be elevated, or they might speak slowly and carefully, a clear indication that they are trying to control their temper.

Anger is an emotion that is like a warning sign for everyone around you. It sends up a flare that there is tension happening, and it triggers the famed fight-or-flight reaction in those in your vicinity. Being angry in public is something that is frowned upon, which is why there are anger management classes, seminars, and so forth for individuals who have a problem in this area. If you seem angry all the time, then most people aren't going to want to have you around.

Do You Struggle with Identifying Facial Characteristics or Body Language?

You might want someone to talk to if you can't seem to master the art of reading people based on their facial expressions and body language. If that's the case, then you can talk to one of our qualified mental health professionals at www.betterhelp.com/online-therapy/. Learning how to pick up on various social cues through facial expressions is vital, especially if you have a career where you must interact with people often. You may wish to look into some exercises that can help you in this area if you want to become better at it.

Not everyone finds it so easy to read people based on their facial movements. There might be a disconnect for you if this is an area where you struggle. Even if you don't always feel what those around you seem to be feeling, it's a good idea to try and match your emotions to theirs. If you don't, then it's easy to become an outcast, and most people would agree that's not a pleasant way to go through life.

Understanding Body Language: How To Better Communicate With The People Around You
For Additional Help & Support With Your Concerns
Speak with a Licensed Counselor Today