How Do You Define Binge Drinking? 6 Signs And Symptoms

Alcohol consumption can come at varying levels, and binge drinking is one of the deadliest ways people can use alcohol. In this article, you will learn about binge drinking and how to identify its signs, its dangers, and how you can get help with this pattern of alcohol use, which is a public health concern.

What Is Binge Drinking? Aording to the National Institute of Alcohol Abuse and Alcoholism (NIAAA), the act of binge drinking defined as a drinking pattern that involves consuming enough alcohol to reach a Blood Alcohol Concentration (BAC) of 0.08 g/dl. [1] To give some perspective on what the 0.08 g/dl means, in many states, this 0.08 g/dl threshold is the legal limit, thus if someone is driving under the influence, arrested, and has a BAC of 0.08 g/dl, it will be evidence for a conviction.

To reach this level, a man will need to have five or more drinks, or a woman needs to have four or more drinks within two hours. [2] However, this is a generalization, and it can vary based on what a person drinks since the beverages can have different alcohol percentages.

They are not always synonymous because someone can be a heavy drinker and have their drinks spread across a day or week. If they don’t do it within two hours, it’s not a case of binge drinking. Another misconception is that drinking alcohol in this manner means that someone has alcohol use disorder (also known as alcoholism) or is dependent on it. The majority of people that binge drink does not have alcoholism. [2] However, it is still a form of alcohol overuse, and it increases the risk of developing alcohol use disorder somewhere down the line. [1]

How Many People Binge Drink & What Are the Risks?

About one in six adults in the United States will binge drink, on average, seven drinks about four times per month. This equates to about 17 billion drinks consumed collectively each year, or approximately 470 for each binge drinker. [1]

Those between the ages of 18 to 34 years old are most likely to binge drink, and unfortunately, this means that many of them are under the legal drinking age. [2] According to the Foundation for a Drug-Free World, 90 percent of the drinks that are consumed by people under 21 years of age are in the form of binge drinks. [4]

However, binge drinking has no bounds, and those who participate in it make themselves prone to many different health issues and dangers such as [2] [5]

Not only is binge drinking harmful to an individual’s well-being, but the effects of binge drinking also affect those around them. It can destroy relationships and cause families to fall apart, or worse, potentially lead to loss of life, such as in a drunk driving accident.

It also affects society as a whole, and it can contribute to reduced productivity and increased use of health care resources and criminal justice costs. [2]

The Signs of Binge Drinking Binge drinkers will typically use alcohol to the point where it puts them to sleep. If you or someone else frequently passes out after consuming alcohol, they may have been binge drinking. However, this indicator is not exclusive to binge drinkers, as someone who drinks heavily over a more sustained period of time can still blackout after a long night of drinking.

This symptom is often closely tied with blacking out, as someone who passes out drunk after binge drinking might not remember the events that occurred before and during their binging. However, even if someone doesn’t blackout, they can still have trouble remembering these events. For instance, if someone went to a party and made sexual contact with someone, they may not remember the other person’s name or physical features.

People who struggle with alcohol might have trouble keeping up with important obligations that they have either because their drinking prevents them from doing it the next day, such as with an intense hangover, or they might skip them in favor of alcohol. This can lead to many issues in an individual’s personal life, such as their school, work, and in their relationships with others.P

Excessive drinking can make people prone to various types of behaviors that can be harmful to themselves or others around them. Some common examples are unsafe sex, fighting, gambling, and driving a vehicle while under the influence. This can also include those who mix drugs, including prescription medications, with alcohol, which can be life-threatening either due to the interactions between certain drugs and alcohol or because some drugs can mask the effects of alcohol and cause them to drink even more.

People can have a drink or two to relax or have fun while in the company of others; however, binge drinkers will often use the weekends and holidays to justify and rationalize their consumption of alcohol. [5] For instance, many will claim that they only drink on certain days, and because they don’t do it every day, it makes it acceptable to them. Even if it occurs on just a single holiday or weekend evening, it is still an episode of binge drinking despite it not being multiple times per month like the national average.

Many binge drinkers may go in just to have a drink or two, but once they get going, there is a pretty good chance that they won’t be able to stop, at least until there is a blackout or someone cuts them off from the alcohol. Nonetheless, after the first drink, it won’t be long until it adds up to 4 or 5 drinks. The intention part is a significant part of the issue because it indicates that people don’t have enough self-control to keep their drinking in check.M

How to Get Help for Binge Drinking Although there isn’t a formal diagnosis for binge drinking disorder, like there are for binge eating disorders or alcohol use disorder, you or someone around you that may have a drinking problem can still get help.

It is recommended that you seek out a mental health professional that specializes in addiction or substance use disorder. Even though most binge drinkers do not have a dependency on alcohol, a specialist in this area can help you understand the thoughts that contribute to drinking behaviors and provide advice on how to quit.

BetterHelp’s licensed professionals are available online to help you learn what causes you to binge drink and give you the skills to fix the issues by giving you effective coping strategies and changing how you feel about drinking. Support groups can also be useful for those who plan on abstaining from alcohol, and those who have a dependency can benefit from a rehabilitation program where they can detox safely and supervised. [6]

Lastly, in addition to finding professional support, you can learn how to cope without alcohol by replacing it with healthier activities in your life. Exercising, finding an exciting new hobby, and simply interacting with those you care about while being alcohol-free. These are all potentially effective options that can be used to overcome it.

Quitting alcohol isn’t easy, but it’s certainly possible, and it helps to understand your drinking behaviors first. Hopefully, this article has helped you define binge drinking and distinguish it from other drinking habits so that you or someone that you are concerned about can get the help that they need. If you recognize the signs and symptoms, reach out for assistance as soon as possible; it may save lives.

Previous Article
How To Help Someone With An Eating Disorder: Lending Support And Leading Intervention
Next Article
How To Overcome Food Addiction: Eating For Strength
For Additional Help & Support With Your Concerns
Speak with a Licensed Therapist
The information on this page is not intended to be a substitution for diagnosis, treatment, or informed professional advice. You should not take any action or avoid taking any action without consulting with a qualified mental health professional. For more information, please read our terms of use. 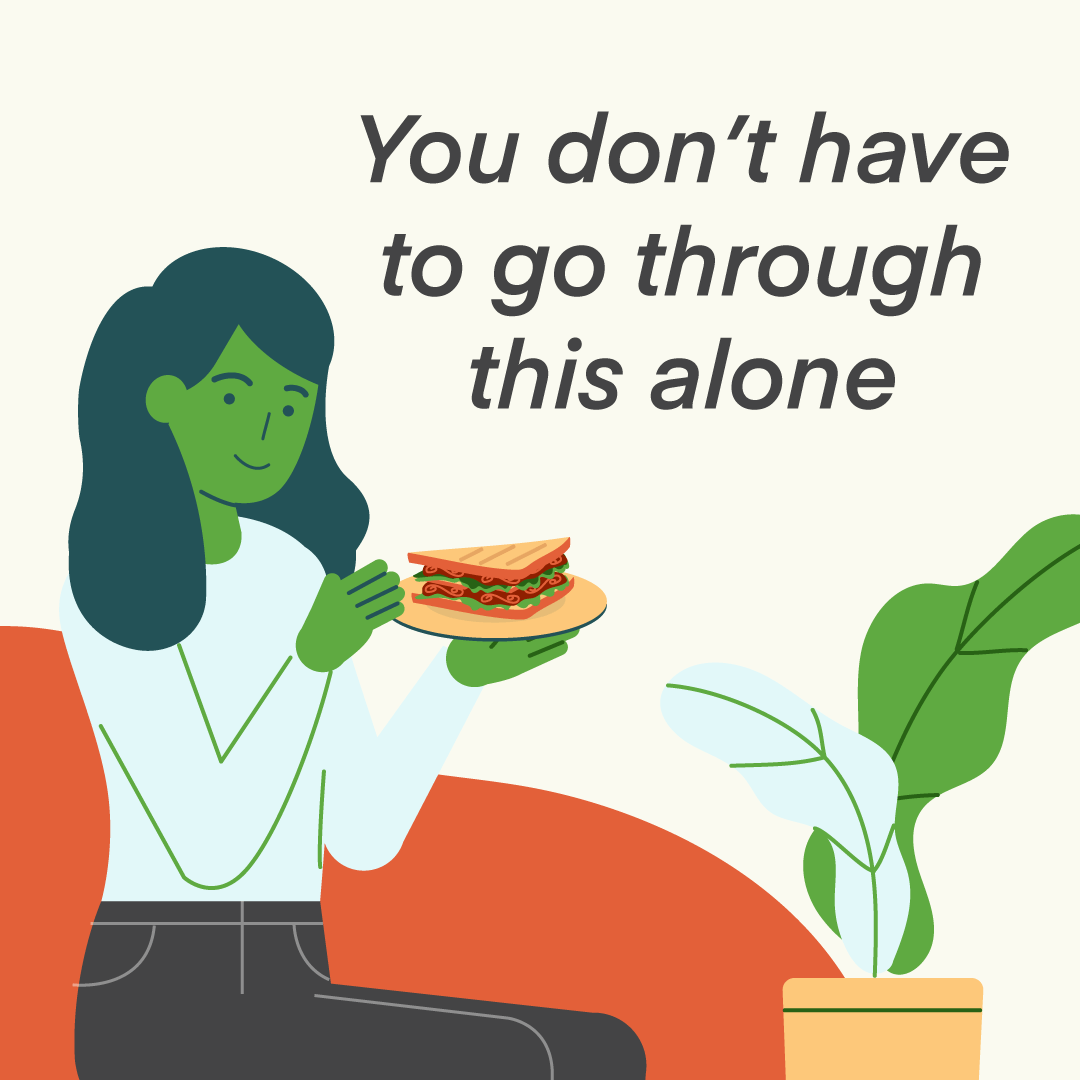