What Is The Facial-Feedback Hypothesis, & Does It Work? 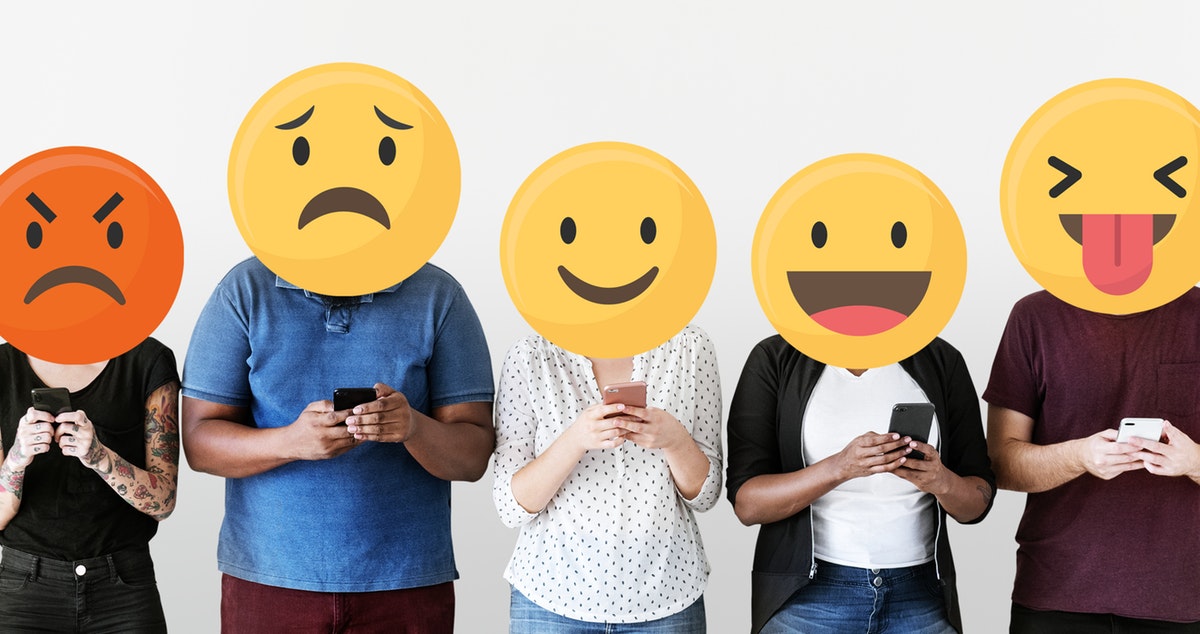 Emotions are a very basic part of the human experience, and expressing those emotions appropriately is a part of good mental health. We can show our emotions in many ways, but the quickest and most common way is through facial expressions. As it turns out, facial expressions may do more than showing others how we feel. Scientists have proposed the facial feedback hypothesis, suggesting that changing our facial expressions can also change our emotions.

Definition of The Facial Feedback Hypothesis

The facial feedback hypothesis states that our facial expressions affect our emotions. If the facial-feedback hypothesis is correct, then not only do we smile when we feel happy, but smiling can make us feel happy, too, even when we start out feeling sad. In these cases, it is the act of smiling that produces a happy feeling. The same might hold true for other emotions as well.

Background of The Hypothesis

Scientists have been interested in the idea of a facial-feedback hypothesis since the 1800s. In the 1840s, William James presented the idea that awareness of your bodily experiences is the basis of emotion. Thus, if you know your facial expressions are the ones you associate with being sad, you experience the feeling of sadness.

Darwin investigated the way animals used facial expressions and suggested the idea of facial feedback in the 1870s. Through the latter half of the 1900s, the topic of facial feedback became popular again. Since then, many different studies have been done to test this hypothesis.

What types of facial expressions may produce the emotions we feel? The scientific community is still debating how the facial feedback hypothesis would work with different expressions. One thing that seems certain, though, is that a smile is connected to the production of a happy emotion, while a frown is connected to a feeling of sadness.

It is widely accepted and understood that humans have six basic emotions:

Along with the type of emotion we feel, we can also show the degree of that emotion through our facial expressions. For example, you may be slightly angry. You might express that emotion with a slight frown and furrowed eyebrows. If you're furious, though, your expressions will likely be much more distinctive.

Often, we may feel combinations of emotions. Emotions aren't always pure or easily defined. Some common complex emotions are joyful love, prideful anger, and ambivalence. Complex emotions can be expressed with subtle variations of the usual facial expressions. 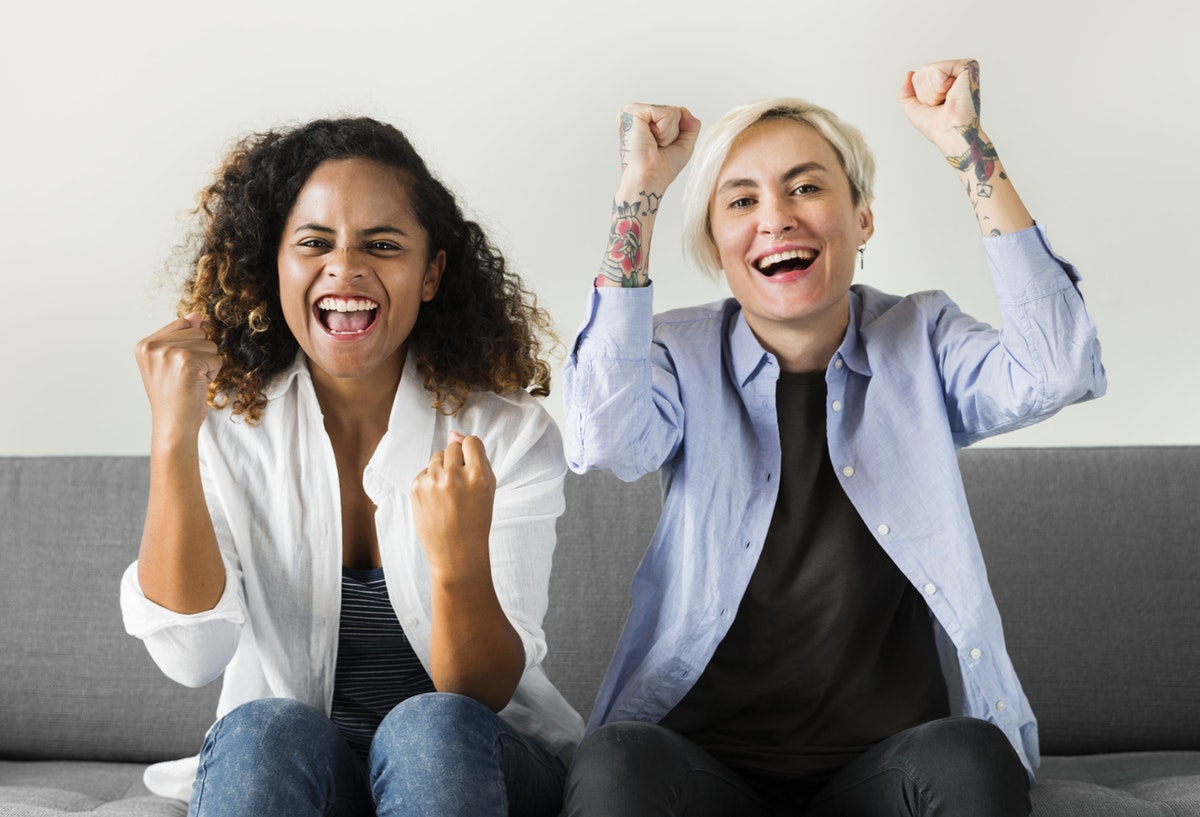 A Duchenne smile is a genuine smile, while a non-Duchenne smile is a fake smile. Although these two types of smiles are differentiated by whether the smile expresses an honest emotion you're feeling, you can make either expression whether you're already feeling happy or not.

In the non-Duchenne smile, you simply raise the corners of your mouth. It's what you might do when someone is going to take a photograph of you. They say, “Say cheese,” and you comply with a non-Duchenne smile.

The Duchenne smile starts with that same facial contraction, but it also involves raising your cheeks and squeezing your eyes to make crow's feet. Your involuntary muscles do the extra work here. So, how can you produce a Duchenne smile if you can't actively control those muscles? If we know what a Duchenne smile looks like, most of us can produce the same expression.

In a 2019 study, scientists carried out two experiments around Duchenne and non-Duchenne smiling. One evaluated how ostracism influenced the expression of emotion in a social environment, while the second replicated the results of the first experiment but focused particularly on smiling and self-reported emotion. The data collected from both experiments revealed two significant findings. The first was that participants who had higher frequencies of Duchenne smiling even during exclusion from the conversation self-reported higher rates of happiness. The second was that the relationship between non-Duchenne smiling and self-reported happiness was negative. But it was also noticed that certain participants were able to regulate their own emotional experience even while being ostracized, which led to an unexpected up-regulation of positive emotions.

How The Facial Muscles Express Emotions

We express emotions in our bodies, and especially by using our facial muscles in specific ways. Why do we do it? How do we know how to hold our faces to show our emotions? The answers are both biological and cultural.

Facial Expressions Are Hardwired In The Brain

It seems that our brains are hardwired to use the facial muscles in specific ways to show our emotions. Scientists suggest that this developed because people needed to live in groups to survive. This neurological phenomenon happens not only in people who can see and imitate the expressions of others but also in people who were born blind.

Facial Expressions Are Both Instinctual And Learned

Our expressions are instinctual, but we can also learn them from others. Did you ever notice a child's smile that looked identical to the parent's smile? That can happen not only between biological parents and children but also between parents and their adopted children. It's because they imitate their parent's expressions.

Along with imitating our family members, we watch others in our culture to learn how to express our emotions. We may meet these others in person, watch them on a television show or YouTube video, or see their expression in a photo. When we do, we instinctually understand what they're expressing, and we can learn to express that emotion in the same way.

Which Comes First: The Expression Or The Feeling? 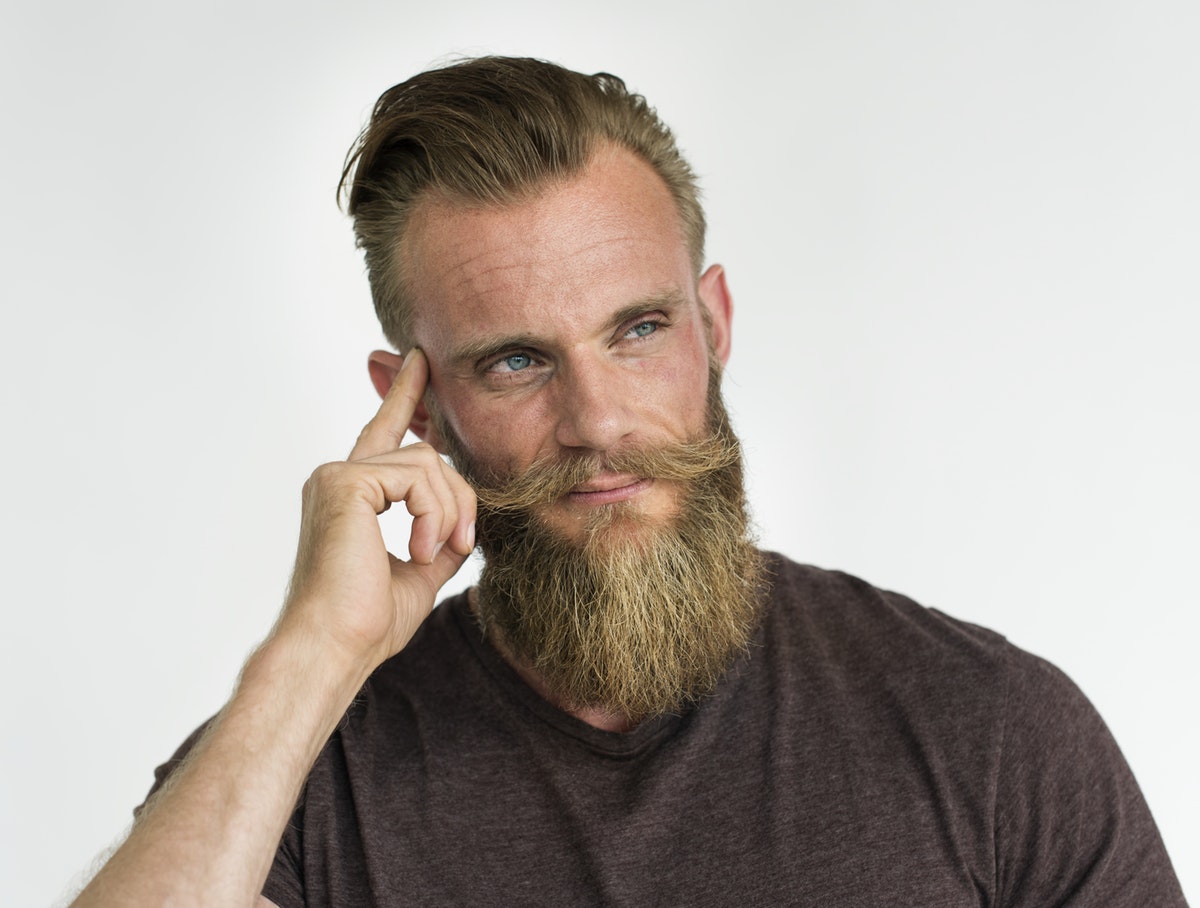 We usually think it's our emotions that determine our facial expressions. However, the facial-feedback hypothesis assumes that expression can work in the opposite direction. That is, the way we contract our facial muscles may generate emotional feelings within us. The question of whether that happens is still the subject of research studies.

What Happens When You Suppress Facial Expressions?

What Does the Facial-Feedback Hypothesis Mean To Me?

The question of how our expressions influence our emotions is a fascinating one, but does its answer have any practical applications? If the facial-feedback hypothesis is true, as research up to the present seems to indicate, there are several ways to take advantage of the phenomenon. The authors found that facial feedback appeared to happen during the movement of facial muscles to create expressions, which attenuated ongoing feelings and emotions.

Do you ever find yourself in a situation you'd rather avoid? Perhaps you have to be in class or at work when you'd rather be outside enjoying a beautiful spring day. Maybe you need to interact socially to advance your career or promote your favorite cause, but you'd rather spend the time alone.

If you apply the facial feedback hypothesis in these situations, you might find that you enjoy your time even if you're doing something you'd rather not do. As you smile, happy feelings may follow, allowing you to enjoy these moments wherever you are.

If you agree with how facial feedback can also cause negative emotions, you now understanding the reasoning behind feeling emotions less strongly or less frequently. If you don't want to feel unhappy, you may choose to avoid frowning. If you don't want to feel angry, you may decide to stop clenching your teeth. If the theory is correct, unpleasant feelings will be far less troublesome.

Have More Understanding and Control Over Emotions

It is healthy and mature to acknowledge your present feelings without wholly giving in to them. You may be able to control distressing emotions. Good emotional control is a sign of good mental health. That doesn't mean you never show emotions spontaneously. It does mean that you have other options when you need them.

If your emotions make you feel overwhelmed and powerless, facial feedback may help. You can learn that technique from a counselor during therapy. Another advantage of going into counseling is that you not only have the opportunity to learn new techniques for changing your emotions directly, but you can also explore the issues behind those emotions and solve any underlying problems. 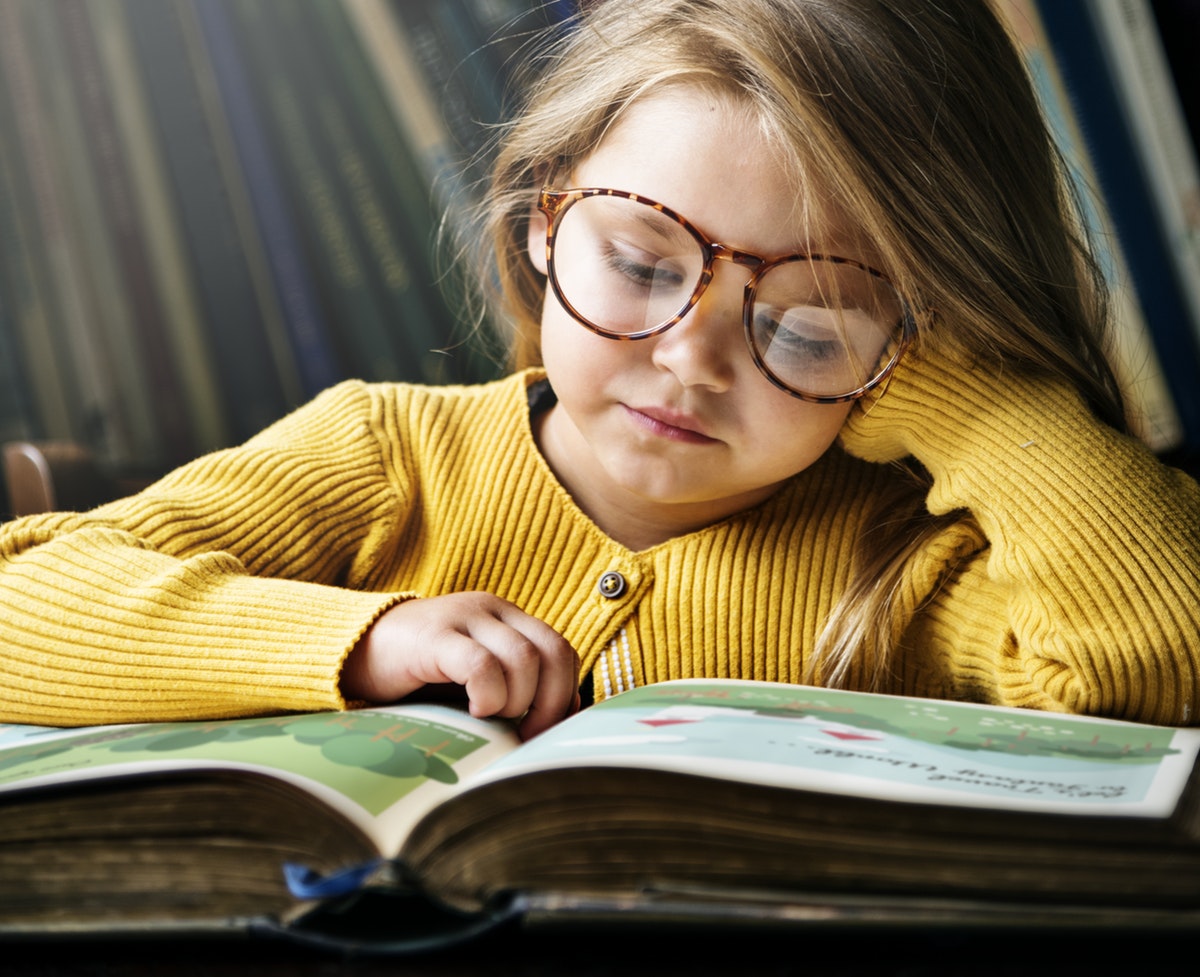 If you’re thinking about your next steps, online therapy may be a great option for you. Effective therapy often depends on the relationship between the therapist and the individual seeking guidance and care. Online counseling can be a highly accessible way to find this relationship with a licensed therapist. A 2018 study published in the Journal of Anxiety Disorders found that online therapy was equally as effective as traditional in-person counseling. 80% of the trials conducted on computer-delivered therapy sessions saw more than half of the participants showing high rates of satisfaction.

When you choose online counseling, you can work with a licensed counselor that you choose among hundreds of counselors available on this one-of-a-kind counseling platform. You can select a therapist that deals with the same types of emotional problems you're facing, whether you're troubled by excessive anger, sadness, or anxiety.

You can also choose a counselor for the type of therapy they offer, whether cognitive behavioral therapy, existential therapy, or dialectical behavior therapy. Their specialties, experience, and educational backgrounds are available for you to read and assess before you set up your first appointment.

Learning how to control your emotions more positively can help change the way you feel, the ways others respond to you, and the way you live your life every day. If you're thinking about new ways to approach struggles in your life, you can begin by finding out more about the facial feedback hypothesis and how you can apply it to your own situation. While it may not solve every problem you face, you may find your life much easier and more manageable.

“Sharon helps you discuss your struggles then somehow knows the exact words to inspire action. She has helped immensely with my negative self-talk and has brought up my self esteem a lot.”

“Her guidance throughout this process of change has helped tremendously. When I get off the phone I feel a sense of release of what was clouding my mind. I have tendencies to have negative thoughts and with the techniques she has brought to my attention I’ve been able to redirect my thoughts to a reality based point of view. It’s been two weeks and I feel my path with counseling has made an impact already.”

Previous Article
Types Of Humor/Humour And Examples Related To Personality
Next Article
What Are Alpha Brain Waves?
For Additional Help & Support With Your Concerns
Speak with a Licensed Therapist
The information on this page is not intended to be a substitution for diagnosis, treatment, or informed professional advice. You should not take any action or avoid taking any action without consulting with a qualified mental health professional. For more information, please read our terms of use.