How To Forgive Yourself And Others

"When you hold resentment toward another, you are bound to that person or condition by an emotional link that is stronger than steel. Forgiveness is the only way to dissolve that link and get free," said Katherine Ponder (Psychology Today). There is an art to learning how to forgive and possibly forget. Most of us struggle with this everyday battle, but with these tips, you can learn how to forgive yourself and others.

Mental Blocks: What Are They?

For many, mental blocks prevent them from forgiving. Perhaps a parent said or did something hurtful - something a person cannot forgive. Maybe a wife is struggling with the fact that her husband broke their marriage vows by committing adultery. Maybe you are struggling with the death of a loved one at the hand of someone else you trusted. You could be dwelling on something you did 20 years ago. Whatever the struggle, learning to forgive could be the balance you need to move on and to practice self forgiveness for things as well.

There is an art to learning how to forgive and possibly forget. Most of us struggle with this everyday battle, but with these tips, you can learn how to forgive yourself and others. For many, mental blocks prevent them from forgiving. Perhaps a parent said or did something hurtful - something a person cannot forgive. Maybe a wife is struggling with the fact that her husband broke their marriage vows by committing adultery. Maybe you are struggling with the death of a loved one at the hand of someone else you trusted. You could be dwelling on something you did 20 years ago. Whatever the struggle, learning to forgive could be the balance you need to move on and to forgive yourself for things as well. Finding It Impossible To Forgive Someone Who Hurt You?
An Online Therapist Can Help You Forgive

According to Stanford University, the action of forgiveness involves dissolving a certain feeling in favor of another. This could include banishing envy or resentment in a certain situation, relinquishing debts or pardoning the actions of others. A replacement emotion could be tranquility, love, and understanding. Forgiveness could be between two individuals, a wrongdoer and the person who was wronged. In addition, it could also be between entities. For example, a financial institution could "forgive" a payment by an individual for myriad reasons. It could also occur between ethnicities for large-scale wrongs brought forth by ancestors, causing resentment and anger throughout generations.

The benefits of forgiveness include the healing of psychological factors through positive actions; improvement of mental and physical health; transfer of personal power to the victim; resolution for the offended and offender; and promotion of hope for larger-scale conflicts. The American Psychological Association (APA) also notes that forgiveness can lead to stronger relationships, decreasing stress and other negative life changes.

In ancient times, forgiveness was also a pillar of society, with individuals exhibiting responses to perceived or actual instances of wrongdoing. Thus, this prompted feelings of resentment and lack of forgiveness. An ancient Chinese proverb says, "Blame yourself as you blame others; forgive others as you forgive yourself" (sonoma.edu). Fast forward to present day, and society still regards forgiveness - and the lack thereof - in the same way. How do we learn to forgive someone - and also ourselves?

How To Forgive Someone

Learning how to forgive someone involves several types of forgiveness, and learning to forgive - no matter the situation - has mental and physical health benefits. Psychologist Fred Luskin, Ph.D., states, "Remember the saying, 'For everything there is a season'? Well, there's a season for our suffering and regret. We have to have that. But, the season ends; the world moves on. And we need to move on with it" (prevention.com).

The following four stages can help someone begin, and eventually end, the forgiving process.

The first step is realizing how you feel. Address the emotions associated with someone's transgression. You may choose to talk with the other person, but in some cases, that is not possible. It could hamper your path to forgiveness, due to the other person being on the offensive and other behaviors. If you can't talk to the other person, write about your feelings, talk with someone else about them (such as a therapist), take out your anger on a punching bag at the gym or whatever else feels natural to you.

The human brain does some interesting things. First, it tends to rehash situations. Second, it makes you want to figure out why something happened. Spend some time thinking objectively about the situation at hand. Begin to categorize the offense. Was it something you did? Was it something that the other person was solely responsible for causing? What factors made the other person act that way? Was it because something is going on behind the scenes in their lives - or did they just act that way to be malicious or inconsiderate? Spend some time answering these questions, but don't spin your wheels or keeping replaying scenarios in your head. Sometimes, we may never know why someone did something. Learning to accept that is another way to manage forgiveness internally.

We all want to feel safe and to do this we need to establish a safety net after we delve into our emotions and assess why the incident happened. To ensure that an incident like that won't happen again, we need to know that it won't occur again. Perhaps the other person apologized, or you realized that you were at fault for the event. You may choose to reconcile. You could also know how to handle something like that in the future, which builds your defense mechanisms and skills. For example, if you go out of town and a friend promises to feed and water your cat but doesn't do it, you will not ask that friend to help you in the future. In some cases, however, it's best to remove the offender from your life.

When you feel hurt, sad or another related emotion, it could be challenging to let go of a situation. This is a process that takes time. Making a pact with yourself to let go gives you the strength and power to move on. Dwelling on a past incident can prevent you from moving forward. Letting go of a situation or person's wrongdoing means you have to also let go of your control over the incident and its related feelings. That is difficult for most people. When complete, you will regain your personal power to prevail and forgive. In many cases, the first three steps hold the key to the successful completion of the fourth stage.

How To Forgive In Marriage And Relationships

We often hurt those we are closest to, even when we don't mean to do so. In a marriage, one partner could do something that hurts the other person, causing conflicts and other marital issues. Taking time to forgive leads to more two-way communication and relationship longevity. Carrying bitterness and other emotions can destroy a marriage or relationship, so it's important to use the four stages of forgiveness to begin to work through the hurt. 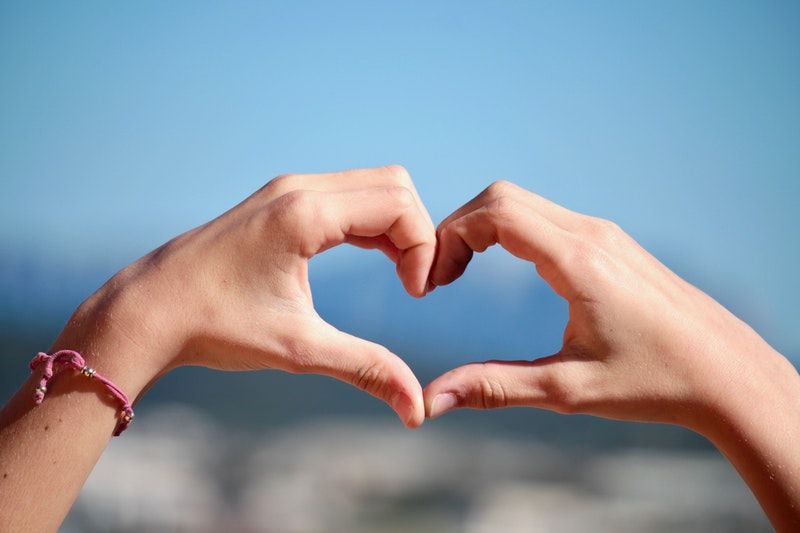 A study at Florida State University studied husbands' and wives' perspectives on forgiveness. The study found that when husbands did not forgive, the wives felt that their spouses exhibited withdrawal behaviors and less conflict-resolution skills. This could lead to more ineffective arguing that stems from the original act. The study also stated that when wives were able to forgive their husbands, the married couples were more likely to resolve conflicts and move on.

Of course, the act of forgiveness is very situational. In the act of infidelity, it could be difficult to rebuild trust after the disregard for marriage vows or other relationship commitments. Couples could get through the aftermath of infidelity when the offender takes responsibility for their actions or the offended could learn to move on. Some may choose to allow their partner to repent, which ignites the forgiveness process. In many cases, they attend couples therapy sessions online or in person to work through their emotions and get questions answered. This allows for a resolution tailored to them, whether they decide to work things out or separate. Decisions can lead to learning to let go and forgive.

According to The Daily Mail in the United Kingdom, if you find yourself in the middle of a cheating-partner scenario, ask yourself these five questions:

Have they cheated on others in the past?

Why did they decide to cheat?

Can they guarantee that it won't happen again?

What is the status of your relationship when the cheating occurred?

Does your partner regret what they have done?

Asking these questions will start the decision-making process, as well as eventual forgiveness.

How To Forgive Yourself For Past Mistakes

If we are unable to forgive others, then we are likely prisoners to our own past mistakes. We may not forgive ourselves for our own mistakes for years. Some ways to begin to forgive yourself are the following: 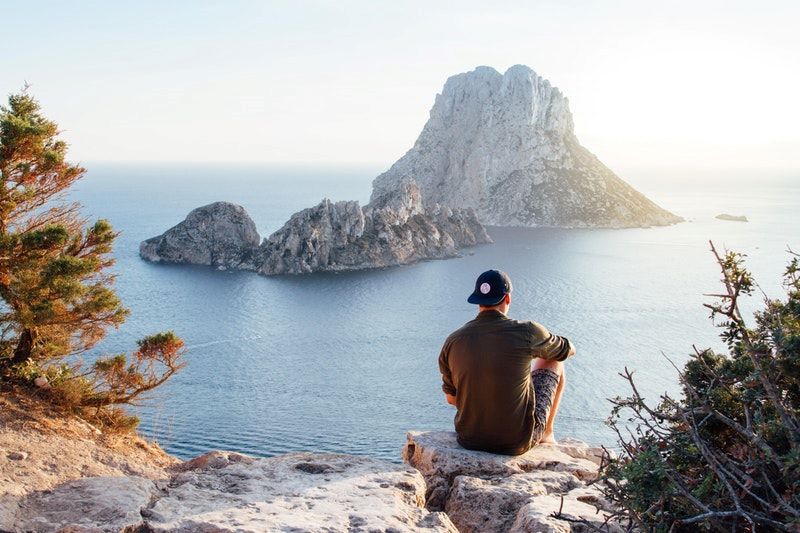 Finding It Impossible To Forgive Someone Who Hurt You?
An Online Therapist Can Help You Forgive

Remember that the past is the past.

Accept what happened in the past. Sure, we would all love to go back in time and change behaviors and occurrences, but you can learn from your mistakes. View past transgressions as learning experiences and begin to let go by cutting yourself some slack.

You did the best you could.

If you are holding on to a perceived "failure" that happened 10 years ago, realize where you are now versus then. Currently, you have skills and experiences that will prevent you from making the same mistake again. For example, you could have been more defensive then because of stressors in your life. Time and experience will aid you in becoming more objective and learning to forgive.

Assess your morals and values.

As individuals grow, they begin to realize the types of people they want to become. Sometimes, guilt overtakes us because past instances do not match our current morals and values. Use this as a learning mechanism to see who you are as a person. What do you think is important? Which behaviors do you want to refrain from doing? Stop thinking negatively and positively live your life according to your morals and values. This could help you gain more control over what is plaguing you, which builds your self-esteem.

Things that happen in our past can sometimes overwhelm us. We could have a slew of regrets, and weeding through that list can be cumbersome. Think of your largest regrets and see if there are any themes. Themes can help identify what you are most worried about, which can lead you to a more clear path to forgive yourself. 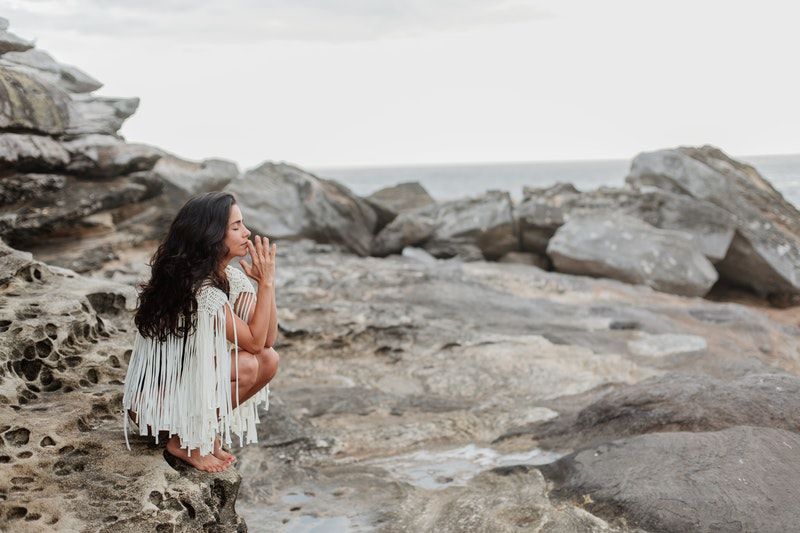 Make yourself your number one priority. Get enough sleep and practice positive mental health and physical health activities. Speak to yourself with love and not malice. Realizing you do the best you can will aid you in your quest to forgive yourself and others. Your behavior can have an impact on those closest to you, so always try to be the best version of yourself you can be.

Using these methods, as well as what works for you individually, can ease your stress and lead you to a successful remedy for forgiveness.