Advice Home > Medication > What Is Dopamine And How Does It Affect The Brain And The Body?

If you've ever taken a psychology course, you've probably heard the word "dopamine." It's one of the most well-known of the body's many neurotransmitters, with over 110,000 research papers to its name. But though many of us have heard of dopamine, few of us understand it. So, what exactly is dopamine and how does it affect the brain and the body? Let's take a closer look. 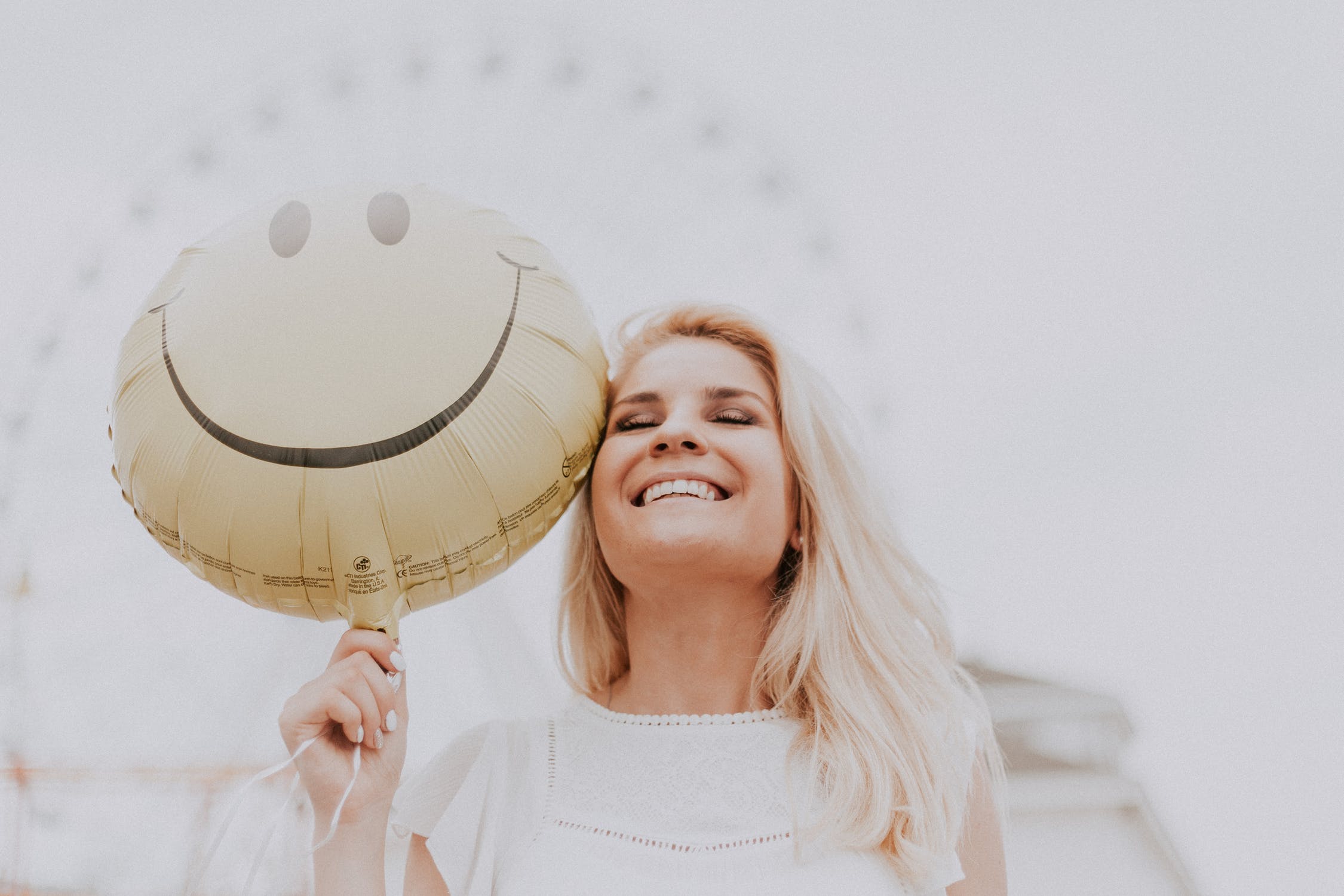 Confused About How Dopamine Affects Your Brain?
Ask A Psychologist. Chat With A Board-Certified Psychologist Online Today.

Dopamine is a neurotransmitter-a chemical messenger that sends information in between neurons. Neurons are the basic units of our nervous system, which includes the brain, spinal cord, nerves, and sense organs (like ears and eyes). It is most commonly associated with the brain's pleasure and reward system. It also plays a role in controlling movement.

Dopamine can be found in two different areas of the brain. The first is the substantia nigra, which plays a role in both rewards and movement. The dopamine in the substantia nigra consists of the cells that die when someone has Parkinson's disease, which causes the tremors and other mobility difficulties that are characteristics of the condition.

Most of the dopamine in your body is produced in the ventral tegmental area (VTA) of the brain, which is the main player in the brain's pleasure and reward signaling. Dopamine is created in the VTA and then released into other areas of the brain when someone does something that warrants a reward or pleasure response, or even when a person just anticipates a reward. Though most people associate a reward in the brain with behaviors like drug use or sex, dopamine also responds to behaviors that we need to survive, like eating or drinking water.

Humans need to experience some sort of a reward response through dopamine for these necessary behaviors in order to motivate us to keep doing them. Releasing dopamine, causing us to feel pleasure, is our body's mechanism to ensure we continue the necessary activities for good health.

Dopamine is often grouped with another neurotransmitter called serotonin. While the two neurotransmitters do have some similarities in that they are both chemical messengers for the brain, and both have positive associations in regards to mood, their core functions are quite different. Dopamine brings about positive feelings based on a certain action. Serotonin, on the other hand, functions more as a mood stabilizer. However, a deficiency in either serotonin or dopamine can negatively affect overall mood and happiness.

What Does Dopamine Do?

Dopamine's two primary functions are motivation and movement. However, dopamine also plays a role in other cognitive functions such as memory and focus. 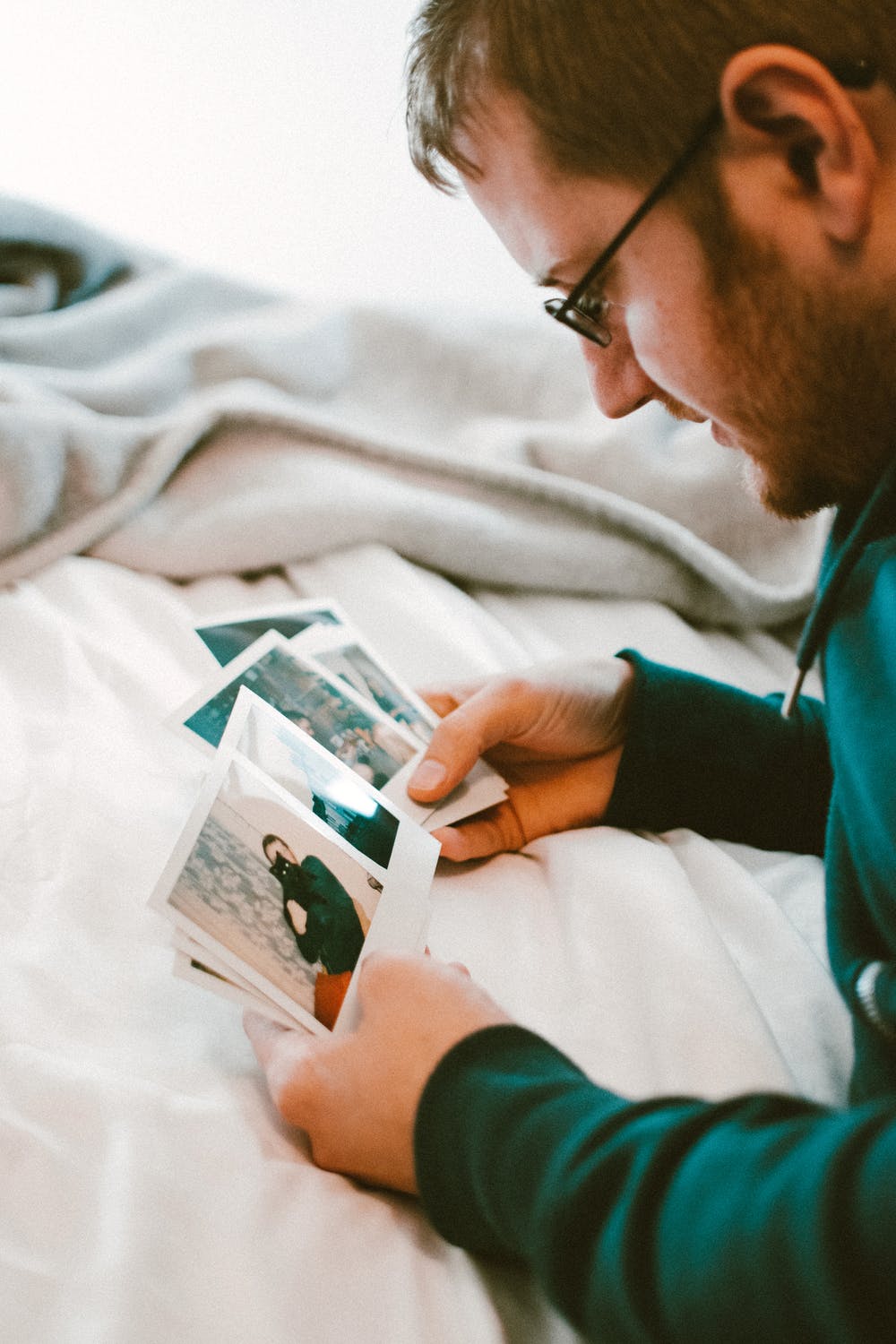 As previously mentioned, dopamine produced in the substantia nigra (part of the basal ganglia region of the brain) helps control movement. The basal ganglia control many aspects of bodily movement and rely on the secretion of dopamine from dopamine-containing neurons to function properly. Thus, dopamine is necessary for the controlled movement to occur in its normal fashion.

However, sometimes this facilitation is disrupted, and not enough dopamine reaches the substantia nigra and basal ganglia. When this happens, movement and control of movement and motor functions are greatly reduced. One of the main symptoms of Parkinson's disease is delayed or uncontrollable movements, which researchers have found is caused by a lack of dopamine in the substantia nigra.

Conversely, sometimes the basal ganglia are overloaded with dopamine. While a lack of dopamine restricts movement, too much dopamine can cause the body to make too many movements. These uncontrolled, unnecessary movements are a common characteristic of Tourette's syndrome.

Dopamine is the primary neurotransmitter involved in the brain's rewards system and feelings of pleasure. When someone engages in behavior the brain perceives as pleasurable, such as eating, dopamine is released, and the behavior is signaled as one that merits a reward. This motivates the person to perform the behavior again in the future. Another common dopamine trigger is sex. Sexual intercourse sparks the release of dopamine, along with hormone and neurotransmitter oxytocin. These two things are what cause the euphoric feelings around sex and contribute to the human desire to engage in sexual intercourse. 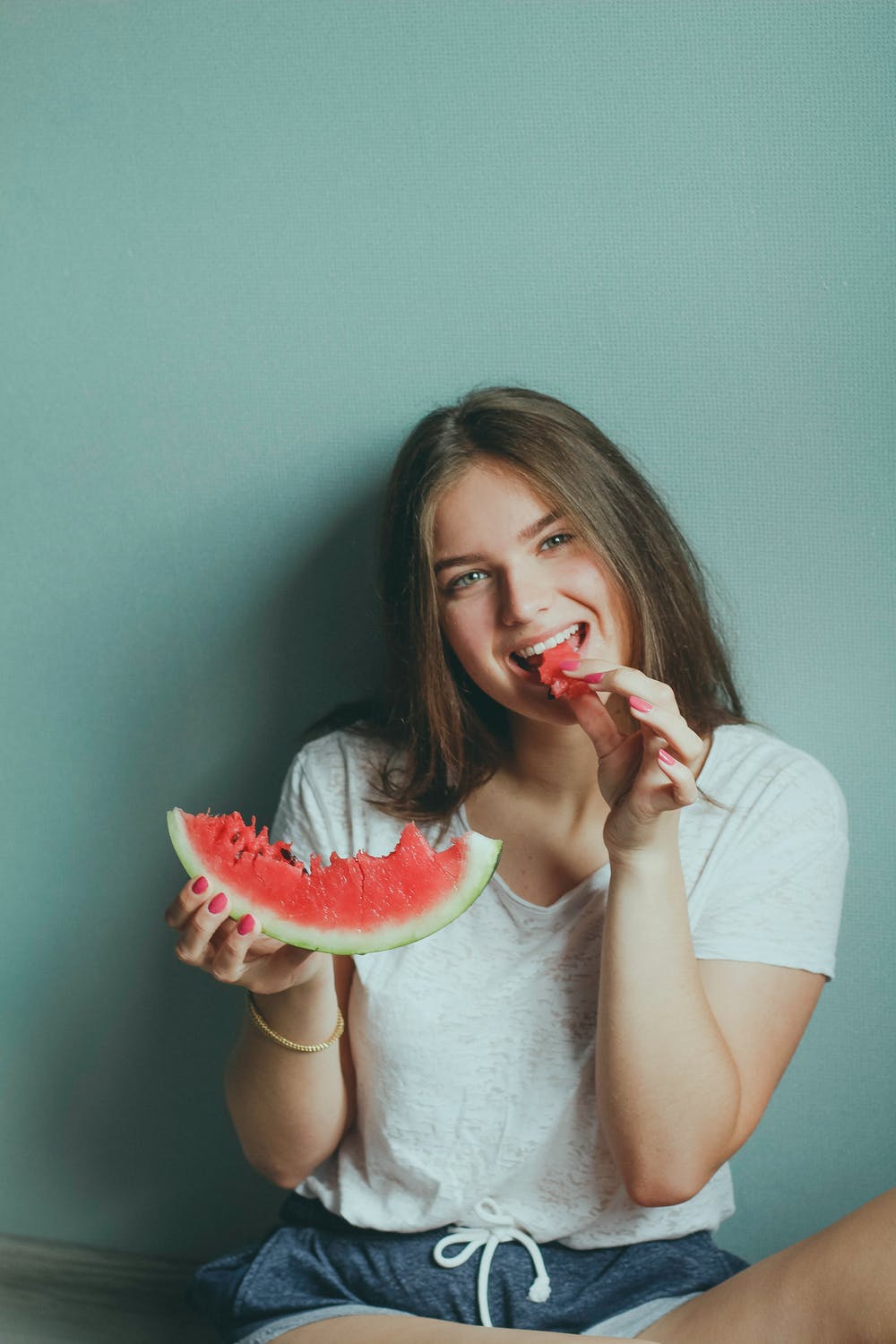 Confused About How Dopamine Affects Your Brain?
Ask A Psychologist. Chat With A Board-Certified Psychologist Online Today.

While the reward system is designed to motivate us to carry out behaviors that benefit our health, it can also motivate certain harmful behaviors when dopamine is artificially stimulated. One example of this is cocaine. This drug blocks the reuptake of dopamine, meaning that the brain's synapses are flooded with an unusually high amount of the neurotransmitter. This excess of dopamine leads to the euphoric feeling one may experience after using the drug. But it also interferes with the brain's natural dopamine system and can disrupt its normal cycles.

Despite feeling unusually euphoric immediately after using cocaine, in the long run, it causes someone to feel worse because the dopamine system does not function as it should. The brain responds to the extremely high levels of dopamine released due to drugs by naturally producing less dopamine on its own.

The rush of dopamine experienced when using cocaine and other drugs also contributes to drug addiction. Because the brain experiences extremely high amounts of dopamine when someone uses drugs, usage of the drug becomes associated with rewards and pleasure. This means the person will be motivated to repeat the behavior to experience the same reward. Unfortunately, this can rope someone into the cycle of addiction.

Not only does someone become addicted, but they also will want to use higher amounts of the drug. The brain builds a tolerance to the drug and produces less dopamine when the person uses it, so they will have to use more and more of the drug to feel the same rush of dopamine as they did upon initial usage. Keep in mind that drugs can cause a release of two to ten times more dopamine than natural triggers like eating or sex.

The dopamine cycle is just one of the reasons why breaking an addiction is so incredibly challenging. Most people cannot overcome addiction on their own. A therapist or counselor can be a great person to have as part of your support system if you are struggling with addiction.

Dopamine can also explain why we best remember things that interest us. When something is interesting to us or excites us, we get a spike of dopamine because the experience of learning about that thing is pleasurable. The dopamine secretes in the prefrontal cortex, so our memory is activated, and we are more likely to remember whatever we're learning about. When we find the subject boring, we do not have the same dopamine spike, so there is less dopamine in the prefrontal cortex, and thus it is harder for us to remember what we learned.

Teachers can greatly benefit from this information. Teaching in a way that stimulates students and invokes the brain's reward center, by having students participate in an activity or another engaging teaching method, can help students better remember the information.

Another dopamine function that teachers may want to be aware of is its role in focus and attention. Dopamine responds to the optic nerves (those used for vision) to help someone focus their attention on a specific activity. When visually focusing on something, dopamine can help us keep things in our short-term memory. It is thought that low levels of dopamine in the prefrontal cortex may contribute to attention deficit disorder. 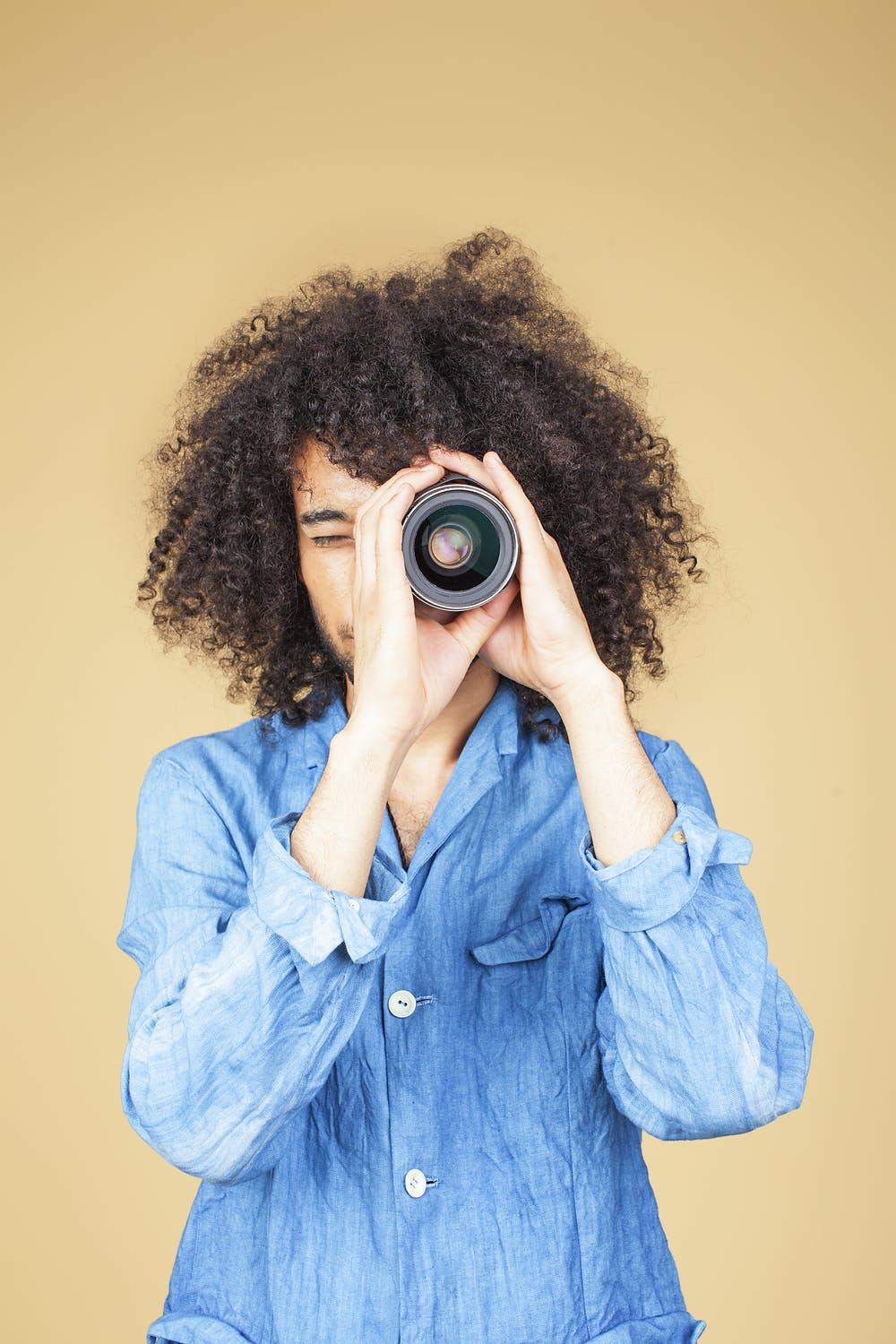 As previously mentioned, dopamine is sometimes confused with another neurotransmitter, serotonin. Unlike serotonin, dopamine does not directly help control mood. However, it can still influence moods and emotions. Because it can bring about feelings of pleasure, dopamine is associated with feeling satisfied with a certain event or one's life in general, which certainly can influence happiness.

Some research also suggests that dopamine may play a role in depression. Whatever the cause of depression may be, therapy or counseling is a great tool for many people to manage their condition.

Dopamine helps us feel more awake, and the body naturally produces more of it during daytime hours when we are more stimulated. As night falls, dopamine levels fall as well, helping us feel tired and ready for bed. People with low dopamine or with conditions such as Parkinson's, which is associated with low dopamine levels, may feel chronic tiredness during all hours of the day.

If you've been suffering from depression due to a dopamine production issue-or for any other reason, it may be time to get professional help.

BetterHelp's licensed professionals provide discreet and anonymous online counseling. BetterHelp has your back, no matter how severe you feel your depression may be. Avoid all the stress of traveling to meet a therapist in person and talk with a counselor today. Read below for some reviews of BetterHelp counselors.

"Therese provided some important perspective and guidance at a time I felt my world had crumbled beneath my feet. With Therese's help, I am on firm ground and striding forward once again. Thank you!"

"Stephanie managed to change the perspective I look into very quickly. She introduced how to change a circle of thoughts I have been stuck in after my loss. She improves my self confidence and self understanding. I find it amazing that it feels like she is there for me even though she is on the other side of the ocean. She also has a strong intuition and somehow is always there if things goes not well. I really started an amazing journey to become a more healthy, happier me with her guidance. I strongly recommend Stephanie to every woman who wants to find strength again."

Dopamine is an extraordinary part of our brain and body that helps us feel happiness, among other emotions. If you believe you may have a dopamine issue, there are tools available for you to move forward to a healthier and happier life. Take the first step.

What Is The Difference Between An SSRI And An SNRI?

Can Taking An SSRI For Anxiety Help?