Selective serotonin reuptake inhibitors (SSRIs) are clinically defined as an antidepressant medication which enhances nerve cells functions within the human brain. As the clinical definition states, this form of medication is used to treat depression and can only be prescribed by a licensed doctor.

Unfortunately, many individuals experience symptoms of depression. Common causes of this mental health issue often center around stress, genetics, drugs, unhealthy diets, and other issues, explains Very Well Mind. Although depression can have significantly devastating impacts on a person's life, the majority of people who experience this issue are helped by receiving some form of professional treatment. 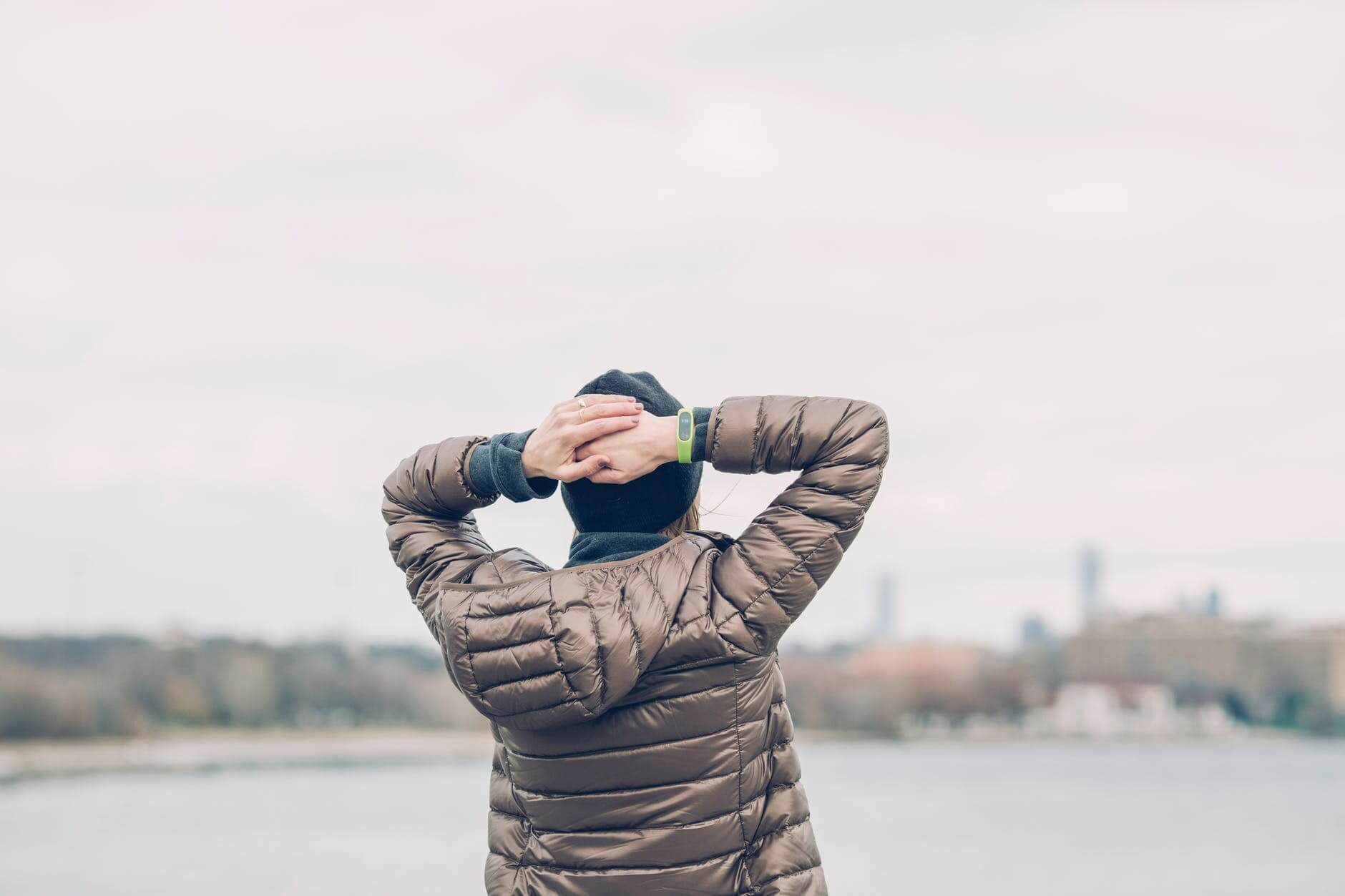 Unfortunately, many individuals who exhibit symptoms of depression are simply told to "get over it" or otherwise rise above it on their own. This is not only bad advice, but often complicates the healing process. In reality, overcoming depression is easier said than done. Because this mental health issue wields power to alter the brain chemistry of the afflicted individual, real help is required.

This is where SSRIs enter the equation.

Understanding The Ins And Outs Of SSRIs

As previously stated, selective serotonin reuptake inhibitors focus on boosting nerve cell functions within the human brain. More specifically, SSRIs hone in on the nerve cells which impact feelings and emotions, also known as neurotransmitters. One neurotransmitter which plays an integral role in the human brain and emotions is known as serotonin.

Individuals who find themselves afflicted with depression generally have lesser amounts of serotonin in their brains, due to an interrupted communications process between certain brain cells.

SSRI enters the equation by allowing amounts of serotonin to increase between certain brain cells. Therefore, the mental communication process is no longer blocked. The procedure above also explains the name which SSRI stands for; the purpose of this medication is to surge the amounts of serotonin specifically.

WebMD explains that there are many different medications which fall under the category of selective serotonin reuptake inhibitors. In addition to treating cases of depression, the following medications are also designed to provide aid to individuals who have symptoms of mood disorders and anxiety: Citalopram, Fluoxetine, Paroxetine, Escitalopram, Fluvoxamine, and Sertraline. 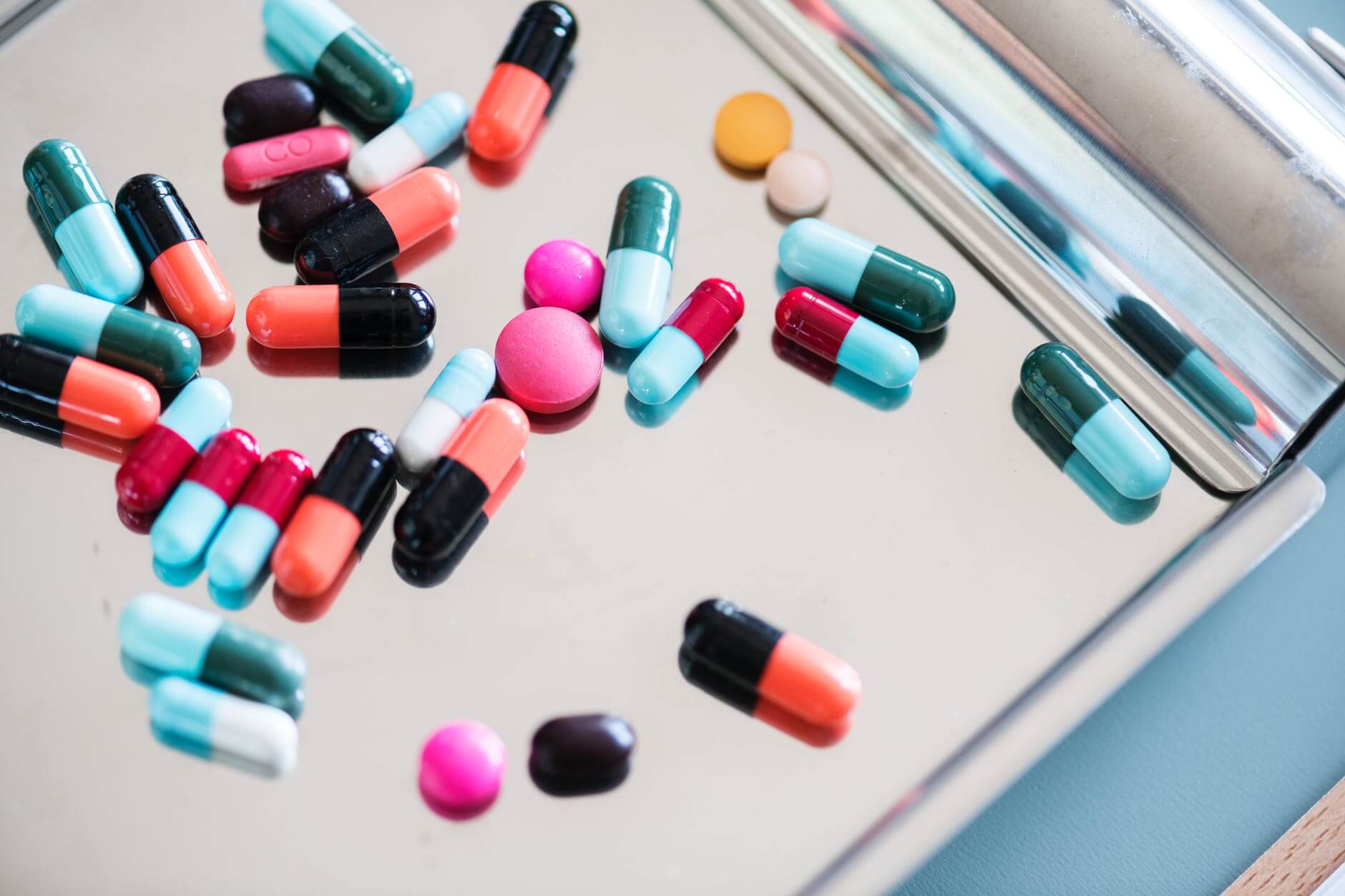 While SSRIs are designed to help individuals with depression (and other related mental health issues), the medicine does not come without certain side effects. People who use this form of medication may experience insomnia, drowsiness, rashes, headaches, blurry vision, muscle/joint pain, decreased sexual urges/performance, agitation, dizziness, and nausea. Kids and very young adults may also experience thoughts of suicide. However, the documented percentage of consumers who undergo suicidal thoughts ranges between 1% and 4%. The majority of associated side effects run their course within a few weeks. However, not every consumer will undergo side effects; the individual experiences ultimately vary from person to person. No two patients have the same brain chemistry.

Note: If you or a loved one are experiencing thoughts of or are considering suicide, reach out for help immediately. The National Suicide Prevention Lifeline can be reached at 1-800-273-8255, and is available 24/7.

Selective serotonin reuptake inhibitors can also be potentially deadly if they are taken more than if the brain is flooded with serotonin, explains additional WebMD findings. Clinically, too much serotonin is referred to as serotonin syndrome. The symptoms associated with this particular ailment include headaches, dilated pupils, shivering, sweating, upset muscles, confusion, restlessness, increased heart rates, diarrhea, and vomiting. The most severe indicators of serotonin syndrome are seizures, infrequent heartbeats, high fevers, and lack of consciousness. Anyone who believes that they may be suffering from serotonin syndrome should immediately seek a physician.

Finally, SSRIs should not be combined with other medications, regardless of whether or not said medications are administered over the counter or via prescription. This is especially applicable to various supplements and herbs. Individuals who are currently taking SSRIs should inform their doctors before ingesting additional medicines. Moreover, a consultation with a physician before the consumption of SSRIs is advisable if the patient is already taking other medicines. Safety is paramount.

How Much Time Passes Before The Treatment Works? 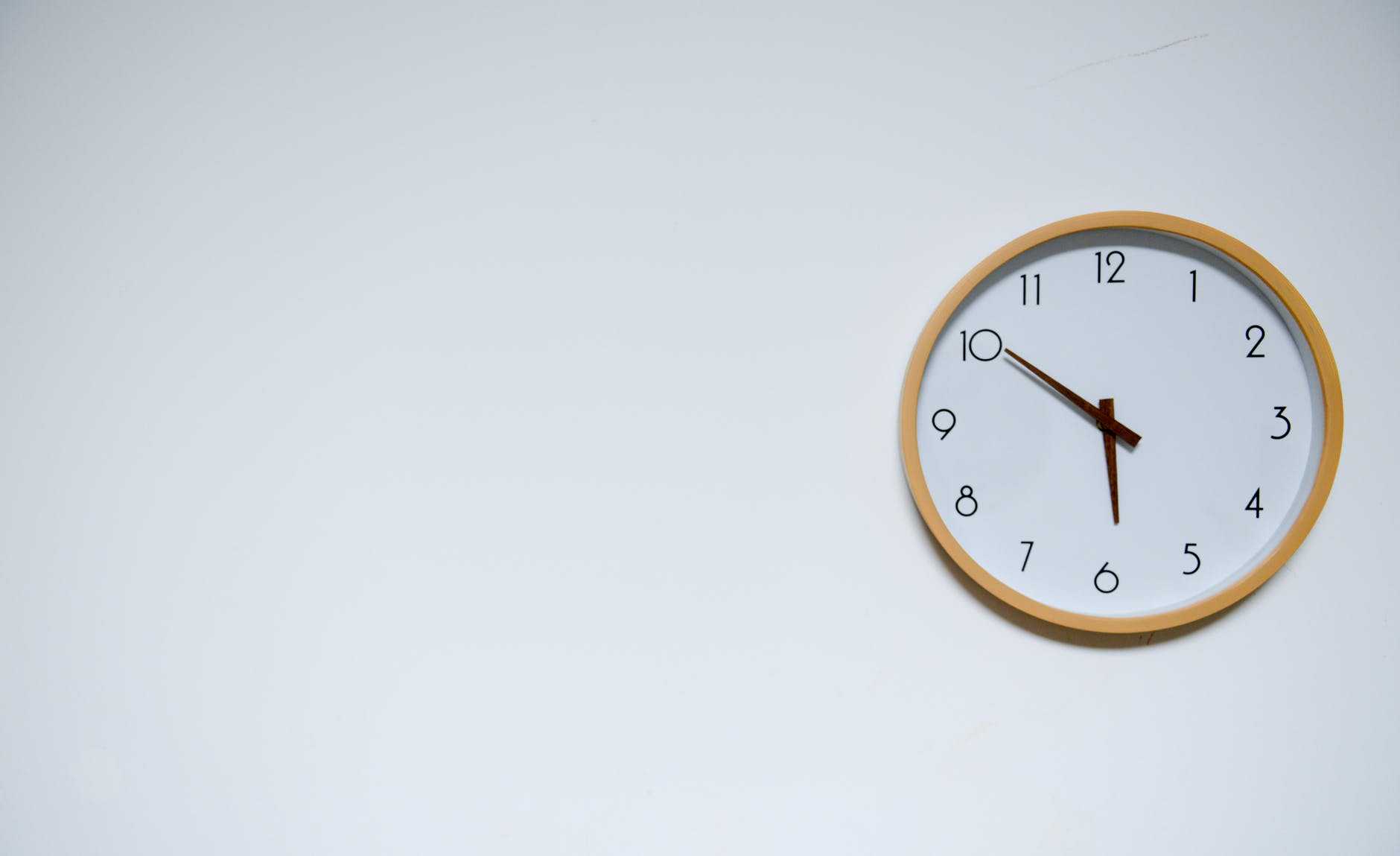 Although specific passages of time vary from person to person, selective serotonin reuptake inhibitors generally begin to improve the brain's chemistry within four to six weeks. However, multiple months may pass before complete success and full treatment of depression, anxiety, and other mood disorders. This can be difficult for people who are anxious to see immediate results. Like all things, the success of SSRIs does require a bit of time. Nevertheless, if consumers fail to observe noticeable improvements between one month and a half to two months, they are strongly recommended to consult their physicians. An altered dosage or different treatment altogether may be necessary.

A Word Of Warning

Not every medication is for everyone; that's simply how medicine and science works. In certain cases, when a patient finds that their treatment is not wielding the desired outcomes, they often feel inclined to halt the consumption of the medication altogether or skip certain dosages. When dealing with SSRIs, this is a very bad idea. Not only can this disturb the brain balance, but a sudden decrease or altogether withdrawal of SSRI can prompt the following, unwanted symptoms: lethargy, dizziness, nausea, lack of general ease, and feelings of the flu. Suffice it to say, working with a doctor to determine future intakes, or lack thereof, of SSRIs, is always the wisest course of action.

The Argument Against Taking SSRIs

There are a variety of medications on the market which are designed to treat anxiety, depression, and other related disorders. Ultimately, the treatment which an individual chooses is between themselves and their doctor. However, there are some credible arguments against taking SSRIs, and people deserve to be aware of them. There are several reasons why consumers who are thinking of starting to take selective serotonin reuptake inhibitors may want to think twice.

First and foremost, a Journal of the American Medical Association study states that certain SSRIs essentially work as placebos in regarding counteracting depression. The study above goes on to concede that while SSRIs do help individuals with extreme depression, the treatment is not as impactful in cases of regular, mild, or ongoing depression. For these reasons, the Journal of the American Medical Association advises people against ingesting this medication.

Other cases against SSRI treatments assert that doctors lack the proper knowledge regarding the proper intakes to prescribe to patients and what side effects to expect. In essence, some opponents of SSRI use suggest that physicians are "experimenting" with individuals who come to them, assuming that if one SSRI fails, perhaps a second or third prescription will do the trick. In and of itself, this practice can be dangerous, especially to patients who are in fragile mental states due to depression and the subsequent impacts of SSRIs.

In addition to what many individuals and specialists view as the dangers of selective serotonin reuptake inhibitors, there are also beliefs that not every instance of depression or anxiety should be solved by ingesting pills or medication. Some people have even made the case that prescribing certain treatments merely tackles the symptoms and not the diseases. In layman's terms, many people believe that addressing the reasons behind one's depression is more effective than simply taking medication for the sake of altering one's brain chemistry.

Certain lifestyle decisions can have negative mental health impacts, which has led some SSRI opponents to question whether or not SSRIs are necessary for treatment, when cognitive therapy can have similar effects without the negative associations of side effects. 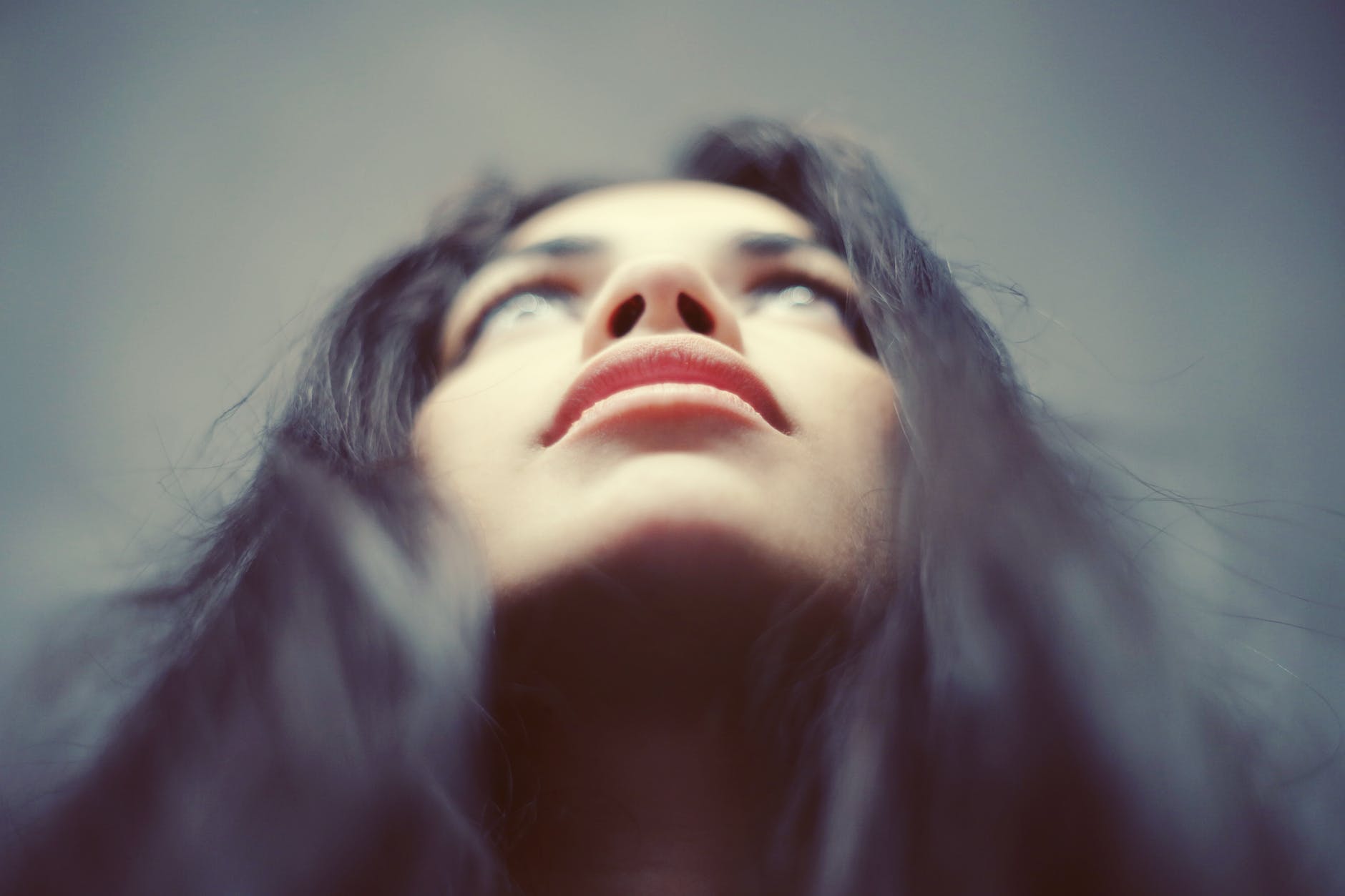 At the end of the day, it is up to each to determine whether or not SSRIs are best for them. While there have been many cases made against this form of treatment, attempts to self-medicate or otherwise avoid professional help or medication can also be equally as damaging in certain scenarios.

Individuals who find themselves experiencing anxiety, depression, or other mental health issues should, of course, consider their lifestyle choices. The fact that day-to-day decision impact people's quality of life is very well documented. Cutting out toxic people, environments, and situations can make a wonderful difference. However, if someone has done everything within their power and still finds themselves suffering from mental health issues, seeking out the services of a doctor is wise. This does not necessarily mean that the individual should or will be prescribed SSRIs; it simply means that a professional opinion is needed for the sake of the person's good health and wellness.

Sitting down with a licensed therapist is also an option for people who are struggling in their day to day lives. Regardless of one's situation or circumstances, BetterHelp will always exist as an option for those who reach out to us. Life is not easy. Nevertheless, everyone deserves to be happy and live their best lives. In many cases, there comes the point and time where you may need guidance or advice; the ability to ask for this is absolutely nothing to be ashamed of. Human beings were not designed or created to do everything by themselves. The choice is yours. If and when you feel inclined to contact BetterHelp, you can do so at any time by clicking here.

Previous Article
Safe Ways To Handle SSRI Withdrawal
Next Article
What Is Dopamine And How Does It Affect The Brain And The Body?
For Additional Help & Support With Your Concerns
Speak with a Licensed Therapist
The information on this page is not intended to be a substitution for diagnosis, treatment, or informed professional advice. You should not take any action or avoid taking any action without consulting with a qualified mental health professional. For more information, please read our terms of use. 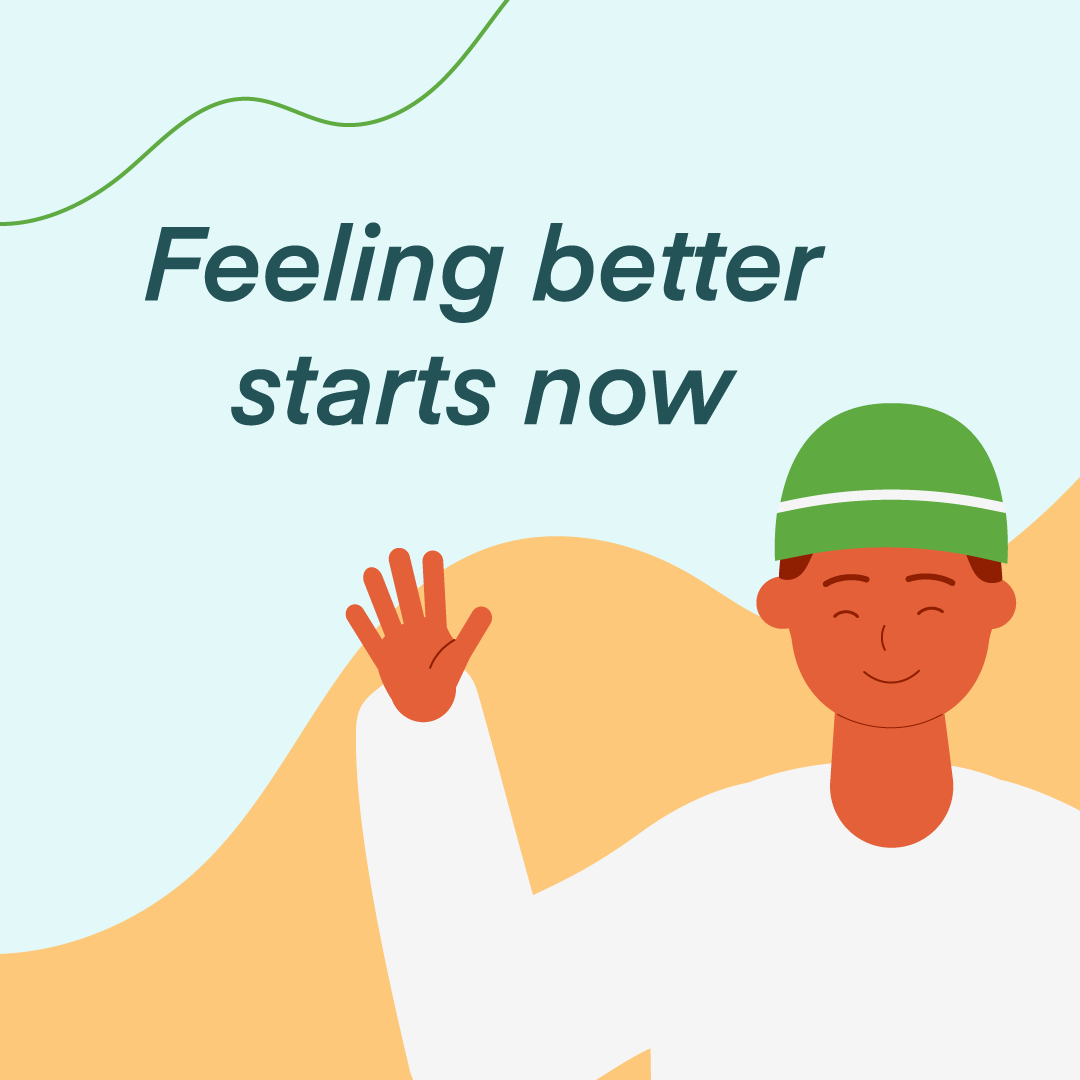