Advice Home > Memory > What Are The Seven Sins Of Memory

What Are The Seven Sins Of Memory

Everyone can admit that their memory sometimes fails them. Even if you do not have any health problems that affect your memory, sometimes your memory just isn't as reliable as you would like it to be. One psychologist from Harvard University's research department recognized this and set out to discover what makes memory fail. 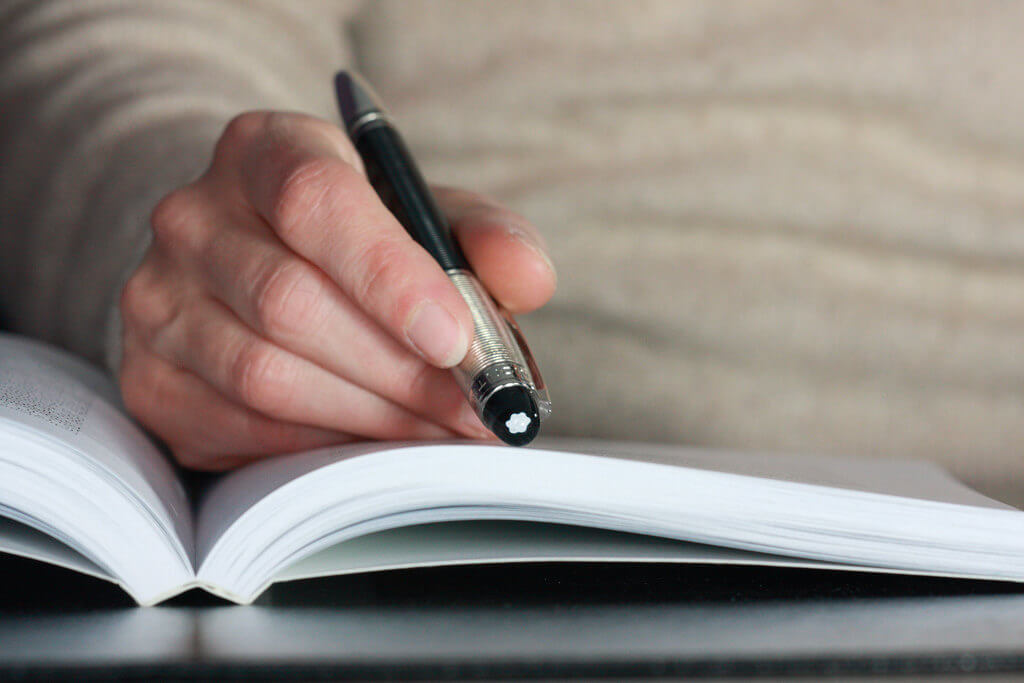 The Seven Sins of Memory: How the Mind Forgets and Rememberswas written by psychology researcher Daniel Schacter and was published in 2001. The book outlined his research into why the memory cannot be trusted in all situations, and what makes this true. In the book, he outlined the seven sins of memory and how those sins, or problems, with memory affect your life.

About The Book's Author

Daniel Schacter is considered an expert in memory research. He has written this and other books and articles about memory and memory research. He is the chairman of the Department of Psychology at Harvard University, where he spends his time researching the problems and solutions for memory and amnesia. He is highly respected in his field, and his book The Seven Sins of Memory is widely respected.

The Seven Sins Of Memory 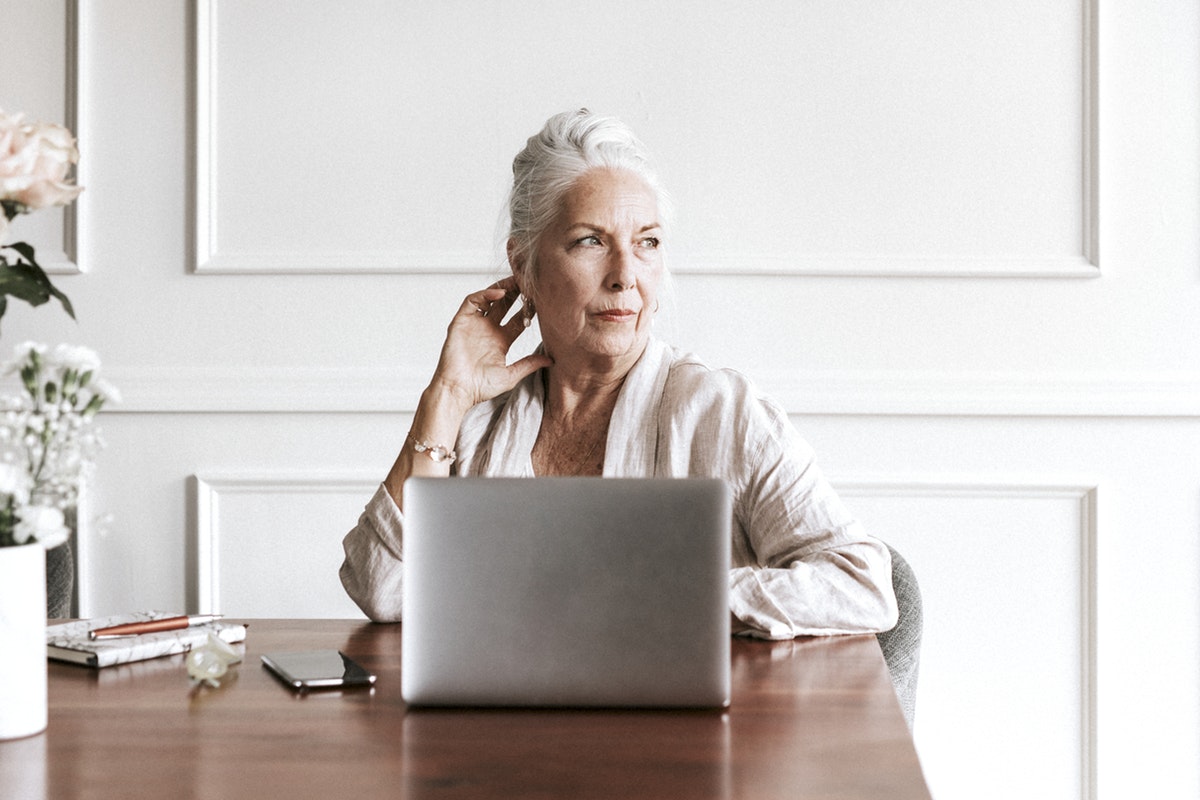 Transience is the decreasing ability to access memory over time. Transience happens naturally with aging, although some things can speed up the process. Damage to the hippocampus or traumatic brain injury can cause transience. Some disorders such as Alzheimer's or dementia can also cause transience.

However, for the most part, transience happens over time as we age. Memory becomes harder to create and access over time. As a person nears or exceeds age fifty or sixty, their memory naturally begins to decline. For some people, transience may begin even sooner to a milder degree.

One of the best ways to combat transience is to use mnemonics, particularly visual mnemonics. When you come across information that you want to remember, you can associate that information with a visual image. You can make this image as ridiculous or bizarre as you like, in fact, the more bizarre, the more likely it will be that you will remember it later.

Another way to combat transience is to force elaboration. When you are trying to remember something, force yourself to elaborate on that piece of information. If you are trying to remember someone's name and face, elaborate in your mind as to how this person is related to you or someone you know. Elaboration forces the mind to continue thinking about the information beyond immediate exposure, which can help you remember it later. 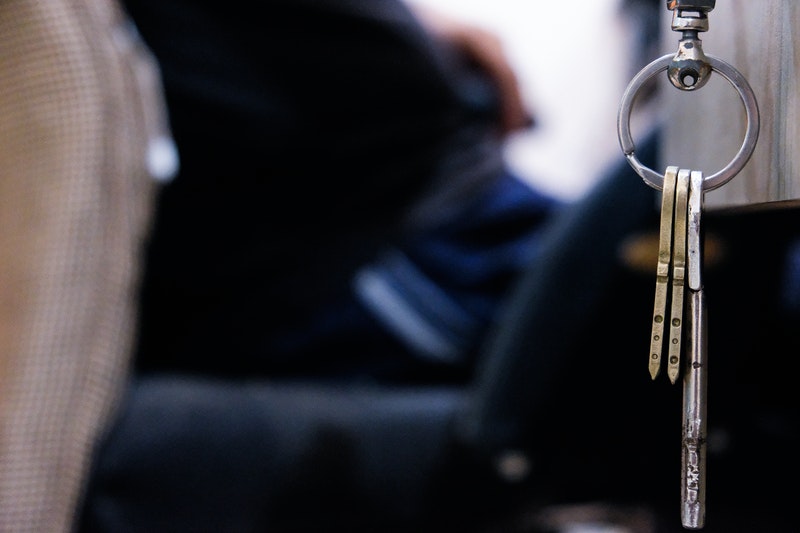 Absent-mindedness is when the mind becomes distracted, has a lack of attention, and the memory forgets something that you were supposed to do. Some classic examples are walking out the door without your keys or forgetting to get something out of a cab's trunk. When you aren't paying attention,and you forget to do things that should be easy to remember, that is called absent-mindedness.

There have not been a lot of studies into what causes absent-mindedness. It is simply a fact of life that many people are absent-minded once in a while when they become distracted. However, for some people, absent-mindedness is frequent and a very real problem.

One study sought to determine how likely it is to be absent-minded and have these memory failures due to inattention. They developed several scales to test subjects on how engaged they were and the resulting ability or inability to remember to do small tasks. The researchers found that a lack of attention and a propensity to memory lapses were directly correlated.

It is important that the cues you give yourself to remember to do things are distinct to the thing that you are trying to remember. Otherwise, when that cue occurs, you may think of a lot of irrelevant information rather than what it is you need to do. This is a trick to make sure that the long-term memory is associating what you need to remember rather than useless information.

Blocking is temporarily being unable to access information from memory. It is what happens when you feel that a name is "right on the tip of your tongue" but can't quite recall it. This can also happen frequently with not being able to think of the right word when explaining something to someone or answering a question.

You can also try thinking of other situations in which you or someone else used the word or name. Sometimes connecting the word to a specific situation in your memory banks will help you recall it. You can be proactive to stop blocking from happening by associating words and names with visual images in advance of needing to recall the word. 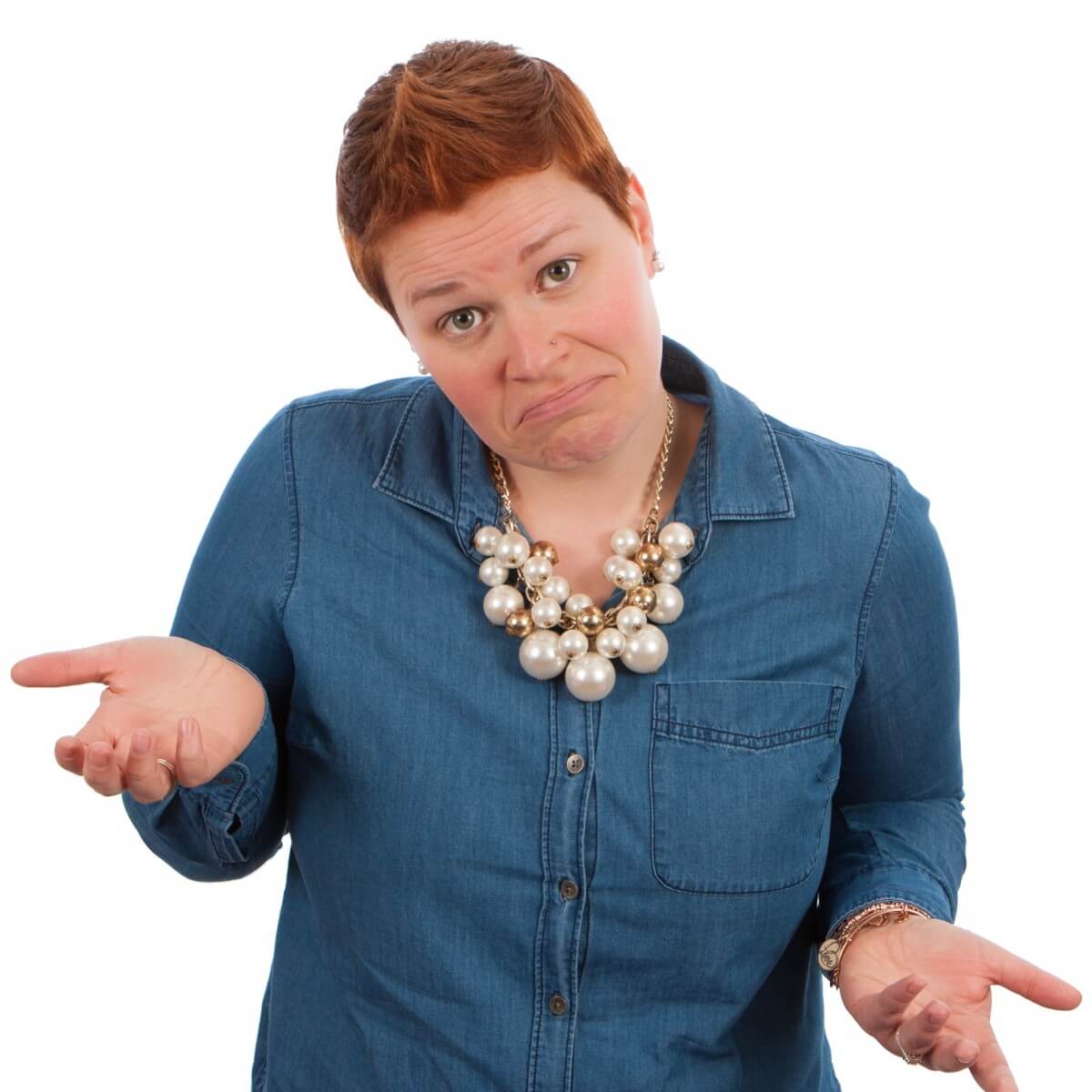 Suggestibility is the incorporation of misinformation into the memory through leading questions or deception. Suggestibility is one reason why eye-witness accounts may not be accurate. The memory of how, when or where an event occurred can be altered or misconstrued to become false when questions are asked that are designed to lead the witness.

If there is an event that you want to remember, make sure that your practice remembering or explaining that event very soon after, preferably before sleeping. If you are in the midst of trying to remember an event, prevent suggestibility by recreating in your mind the circumstances or environment in which the event occurred.You can also try recalling the event in different temporal orders, such as from end to the beginning instead of beginning to end.

Bias occurs when you hold new information or beliefs that interfere with the recall of information. You may remember something incorrectly because you have a current belief that contradicts the actual memory that you are trying to remember. Bias occurs with everyone and is a natural block to accurate memory recall that is very common, especially when remembering events or facts.

One of the areas that bias comes into play is in recalling past emotions. Some memory researchers believe that emotional memory is resistant to forgetting. However, one study done in 2002 showed thatcurrent emotions, coping efforts and personality traits could all cause bias when trying to recall past emotions. How you feel about a particular situation today could alter how you remember feeling about it in the past.

The best way to combat bias is through self-examination. Make sure that when you recall an event, emotion or detail that you are doing so with a clear and unbiased mind. If someone believes that you remember something incorrectly, think about how your current bias may be affecting your memory of the situation or event.

Persistence in memory may seem like a good thing, but there are many situations in which not being able to forget something can be harmful. For example, people who have gone through traumatic experiences may have an extremely difficult time forgetting details of those events, which can lead to post-traumatic stress disorder and other mental health conditions.

How to Combat It

Sometimes writing down the thing that you are trying to forget allows you to put it out of your mind, at least for a time. This is one reason why it is often suggested for people suffering from persistent memories to keep a journal. Another thing you can do to combat persistence is engaged in activities that keep your attention from ruminating on the memories that you do not want to remember. 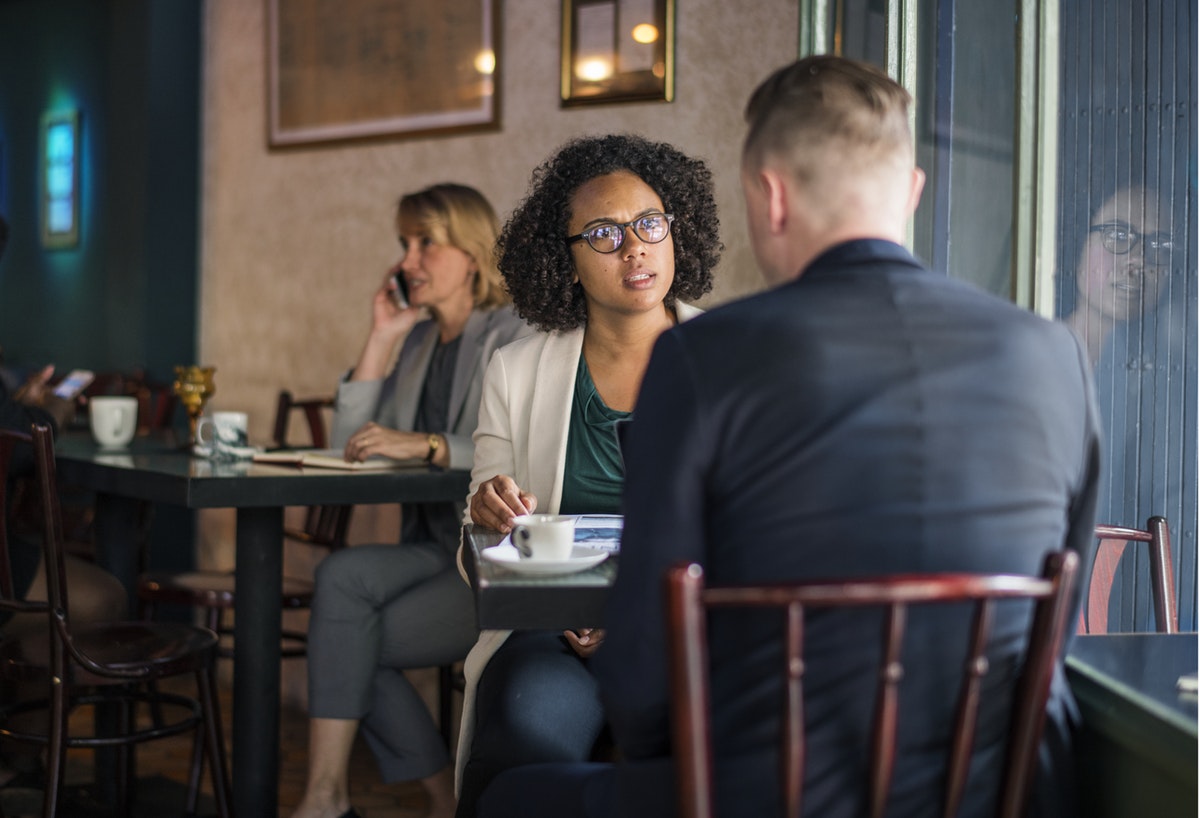 Misattribution is attributing memories to things that never happened, that you didn't see or hear, or that you believe you witnessed but did not. Sometimes misattribution leads a person to "recall" something that in fact never occurred. In other cases, misattribution can cause someone to take the information they currently have and believe that they gained that information in a way other than what happened.

Many studies have been done trying to understand how misattribution occurs. When it happens, the individual truly believes that they are remembering correctly and cannot remember it in any other way. Researchers have discovered that many subjects in a study "remembered" details that were suggested to them later but did not happen. They also found that often subjects would not remember the source of the details that they were remembering.

Getting Help With Poor Memory

It is important to address any frequent and debilitating lapses in memory as quickly as possible. If you are having trouble with your memory, contact a psychologist right away. They can examine your symptoms and give you a memory test that will determine if you are suffering from the normal seven sins of memory or a deeper memory problem.

What is a Flashbulb Memory?

12 Tips On Improving Memory Improve Your Memory With These 5 Memory Boosting Exercises What Are The Three Stages Of Memory? Using Chunking Memory To Improve Your Memory Retention What Can Priming Memory Help Us With What Is Lost Time Memory And How Does It Affect Us?
The information on this page is not intended to be a substitution for diagnosis, treatment, or informed professional advice. You should not take any action or avoid taking any action without consulting with a qualified mental health professional. For more information, please read our terms of use.
Your session is about to expire!