Advice Home > Morality > The Battle Between Morality Vs. Ethics: Which One Wins?

The Battle Between Morality Vs. Ethics: Which One Wins?

Content/Trigger Warning: Please be advised, the below article mentions trauma-related topics, including sexual assault and violence, which could potentially be triggering. 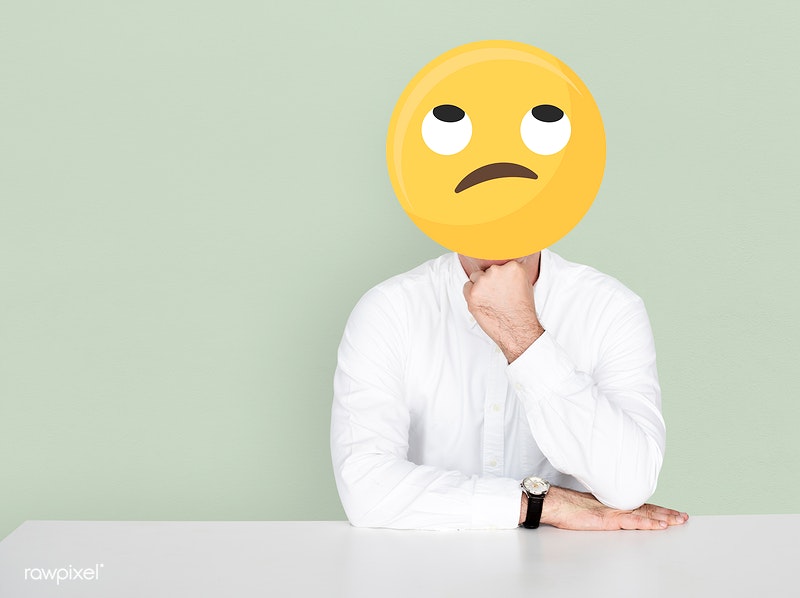 Should I Follow My Morals Or Ethics?
A Licensed Counselor Can Help Work Through Your Dilemma - Get Started Now.
This website is owned and operated by BetterHelp, who receives all fees associated with the platform.

Sometimes two words that seem alike may be more different than you think. Ethics and morals are a good example. Some people may believe they are the same thing or perhaps that morality is just ethics viewed through a religious lens. However, this is not quite accurate. In this article, we will discuss the differences between the two words.

It's understandable why one would think that ethics and morals are the same thing. Both are related to what is right and what is wrong.

In fact, there is an important difference between the two terms. In In a nutshell, ethics are external. They can be codes of conduct you follow at school or work, or a list of rules to follow in a religion.

Morality, on the other hand, is internal. It is your own personal belief about what is right and wrong.

Here is another way of summarizing it:

Ethics can come from different sources, including: 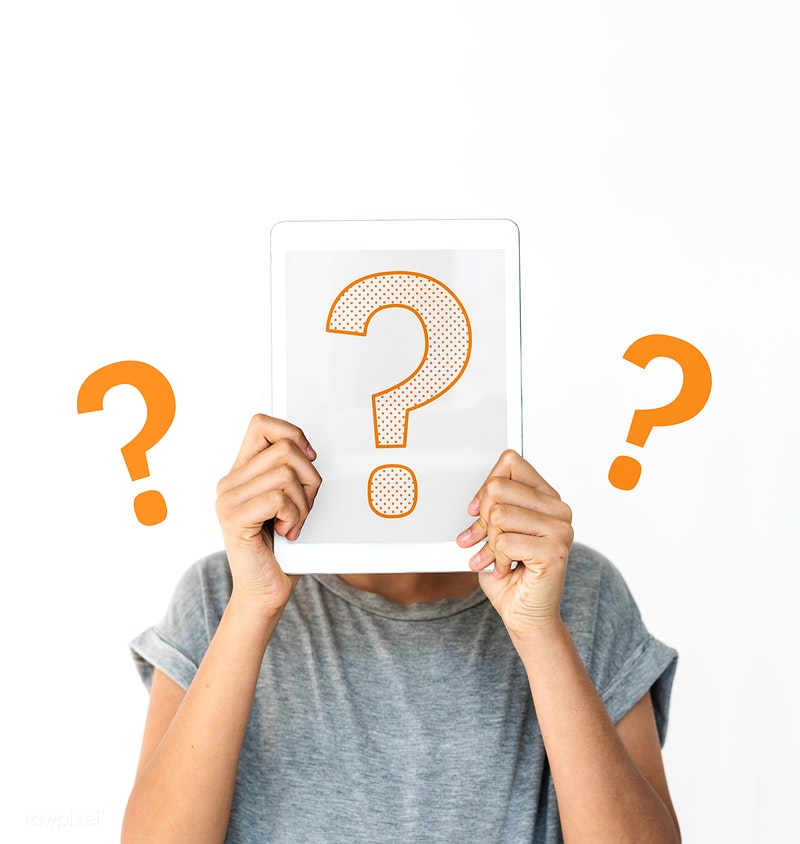 What about morals? All of the above can influence morals. Often what you believe is right or wrong comes from society or the rules of the land. However, you may have your own spin on them or deny them entirely because you think they're unjust. For example, prostitution may be illegal, but you may believe it's morally acceptable because it is consensual.

How Consistent Can Morals And Ethics Be?

Ethics may change depending on context, but they may also be similar across contexts. For example, the ethical guidelines of a hospital may be similar to those of a psychiatrist’s medical practice, while those of schools may widely vary.

The consistency of moral codes depend upon the person involved. We are all different, and how consistent our morals are across time and context will vary. Some people have a moral code that remains unchanged throughout time. Others are open for their code to change as new evidence emerges. Finally, some people lack self-awareness and may embrace different moral codes as it serves them.

How Morals And Ethics Can Clash

Morals and ethics can clash quite a bit, which raises some provocative questions. Should someone follow the rules of the society, or should they fight those rules if their values tell them something else? The answer to this question may depend on the situation.

Let's look at a few examples. Say a police officer believes marijuana should be legalized, but they have to follow the law and arrest people who possess or sell it because it is illegal where they work. This raises some questions. Is it a good thing if the officer violates his morals to keep the ethics of the law consistent, while perhaps trying to change the system in different ways? Or should they try to look the other way when they see marijuana or give the person a lighter punishment? Some may argue that the moral choice is better, while others may believe that if they ignore one law, it's a slippery slope toward ignoring the law in general.

What about a defense attorney? Most attorneys have their own moral code that may clash with the laws of the land. For example, an attorney may believe that stealing is wrong. However, they may have to defend a client accused of burglary, even where all evidence points toward their guilt. If the attorney defends the client, they may seem like they are immoral, but in fact they are fulfilling the ethical code that ensures a person's right to an attorney. 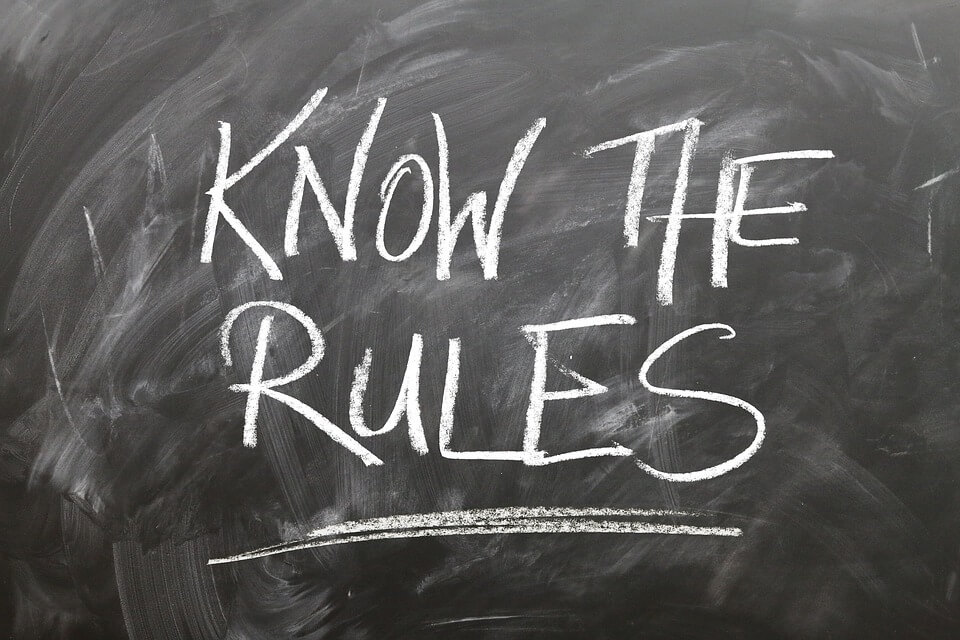 Should I Follow My Morals Or Ethics?
A Licensed Counselor Can Help Work Through Your Dilemma - Get Started Now.

Then, in medicine, there's the debate over euthanasia. If someone is dying from a terrible disease that has no cure, should the patient have the right to die? Many doctors won't let the patient die because of medical ethics: there's always the hope that a cure could be discovered that could save the patient's life or they could miraculously get better. A doctor may believe that a person has the right to die but refuse to help them do so because of the law.

When your morality doesn’t line up with the ethics of the institutions that you live with, it can cause problems. It may cause emotional or mental health problems like depression – or you may end up in legal trouble.

Moral injury is defined as harm that is done to an individual when their most deeply held beliefs and values are violated. Moral injury may occur to those serving in the military, and it can create a risk for poor mental health outcomes. Research indicates that conventional treatments for PTSD may not be as helpful to those with moral injury, as these treatments tend to focus on fear, while moral injury is associated with guilt and shame. One study indicated that treatments that focus on restructuring cognitions (e.g., CBT) are likely to be effective in treating moral injury. However, data is lacking, and there has been a call for more research in this area.

As discussed above, therapy with an emphasis on restructuring cognitions, such as CBT, may be helpful for those who have experienced moral injury. But it can be difficult to attend in-person therapy when experiencing the symptoms of moral injury. This is where online therapy comes in. You can access BetterHelp’s platform from the comfort and privacy of your own home. There’s no need to sit in traffic or take time out of your busy workday to drive to your appointment; you can speak with your licensed therapist from wherever you have an internet connection. BetterHelp’s licensed therapists have helped clients deal with moral injury and other conditions associated with morality and ethics. Read below for some reviews of BetterHelp therapists from people experiencing similar problems.

“I’ve had quite a number of therapists since I began my mental health journey — some better than others — and can honestly say Sreela is the best. Not only do I receive unwavering (and honest) support from her in more difficult times, but I am also able to laugh with her, to talk about things beyond mental health, when things are good and still feel like I’m putting in the work toward improving myself. Whether I am doing well or not, I always look forward to sessions with Sreela because I know I will leave them feeling better than I did going in. She makes improving myself feel easy and accessible, and has helped me emotionally grow exponentially since I began seeing her. I couldn’t recommend her enough, she is truly wonderful and I am thankful to have found a therapist who suits me and my needs as well as she does.”

“Jan is a true professional with compassion and empathy to spare. Her feedback is positive and collaborative. She has reduced my anxiety with counseling and has encouraged my openness and growth. Thank you!”

Morality and ethics have been studied for centuries, and you can find many interpretations of both. Some people believe that following the laws of the land is the best choice, while others think that sticking to your morals is the highest good. And then there are people who believe in both, saying that you should follow ethical codes, but not if they violate your personal morals.

What is the difference between ethics and morals?

Morality and ethics both provide guidelines on how you should behave, but there are important differences.

Morality is your internal view of what is right and wrong. It may be influenced by religion, upbringing, or personal philosophy. Ethics, on the other hand, has to do with external forces, or institutions, view right or wrong. These institutions include organized religions, professions, and the law of the land.

Are morals or ethics more important?

It’s not fair to ask whether ethics or morals are more important because there are situations in which one system will apply and the other will not. There are also different life circumstances in which one may come into play more often than another.

Ethics largely comes into play in positions of power – when your actions can potentially impact a large number of people. One controversial example from history is the dropping of the atomic bombs in World War II. The bombs were dropped on civilian populations, which is immoral, but the ethical argument is that ending the war sooner saved more lives than were lost in the bombings.

Morality is more likely to come into play in how the average person makes decisions because our actions are less likely to have a lasting impact on others. In a historical case, Sir Thomas More refused to sign a legal document that he didn’t agree with. Signing the document or not made no political difference but because he didn’t sign it, he was put to death and was unable to provide for his family. His morality prevented him from lying even though ethics would have told him to put others first.

What are the three types of ethics?

Most ethical codes fit one of three structures: utilitarianism, deontology, and virtue ethics.

Why are ethics and morals important?

Ethics and morals are important because they give us ways to systematically think about our behavior with reference to ourselves and those around us.

In general, morality is informed by personal guiding principles, while ethics are informed by the rules or guidelines of institutions.

What are the seven principles of ethics?

Different systems of ethics have different principles. However, researchers have identified seven principles of ethics that seem to be common in ethical systems independently invented around the world. They are:

What is morally right but ethically wrong?

Persecution on religious grounds is one of the most common examples of something that is morally right (or at least morally excusable) but ethically wrong.

Because morality is likely to be influenced by religious or cultural background, persecution of someone who thinks or believes differently might be morally right according to an individual’s understanding of morality.

What are the 12 principles of ethical values?

What are basic ethics?

The most basic ethical guideline is what may be called “The Harm Principle.”

The Harm Principle states that any action should be permissible, provided that action does not harm anyone else. And remember that in ethics, “harm” doesn’t always mean physical injury.

What are the four pillars of ethics?

The four main pillars of ethics are generally defined as:

An Overview Of Victorian Morality

What Is Objective Morality & What Can It Teach Us?
For Additional Help & Support With Your Concerns
Speak with a Licensed Counselor Today Does Virtual Morality Have An Effect On Us? What Can The Wheel Of Morality Tell Us? What Can Blue And Orange Morality Tell Us How Does Heteronomous Morality Differ From Autonomous Morality? What Is Slave Morality? Morality Quotes to Help Us Better Understand Ourselves
The information on this page is not intended to be a substitution for diagnosis, treatment, or informed professional advice. You should not take any action or avoid taking any action without consulting with a qualified mental health professional. For more information, please read our terms of use.
Your session is about to expire!