What Is A Panic Attack? Panic Attacks Can Be Alarming And Confusing
Work Through Intense Emotions With A Licensed Therapist.

Feeling panicked, or anxious or being nervous are all part a range of emotions that everyone experiences on a daily basis. In fact, scholars say that panic is our brain's natural response to an external threat or stress when we go into 'fight or flight' mode.

Humans are continuously living through stressful or panic-inducing situations and events in their daily lives, and it is not uncommon for those stressful events to manifest itself into a panic attack. When someone is suddenly and without any apparent cause, gripped by fear and when they have a very physical reaction to that fear, it's called having a panic attack.

When the panic attacks are recurring for no known cause, or when they start to interfere with an individual's daily activities and negatively impact their lives, it's time to consider that something more serious may be at play. That something more is a panic disorder.

A panic disorder is a type of anxiety disorder where the individual experiences sudden and recurring instances of panic attacks. In most cases, they happen for no apparent reason and don't follow any pattern. 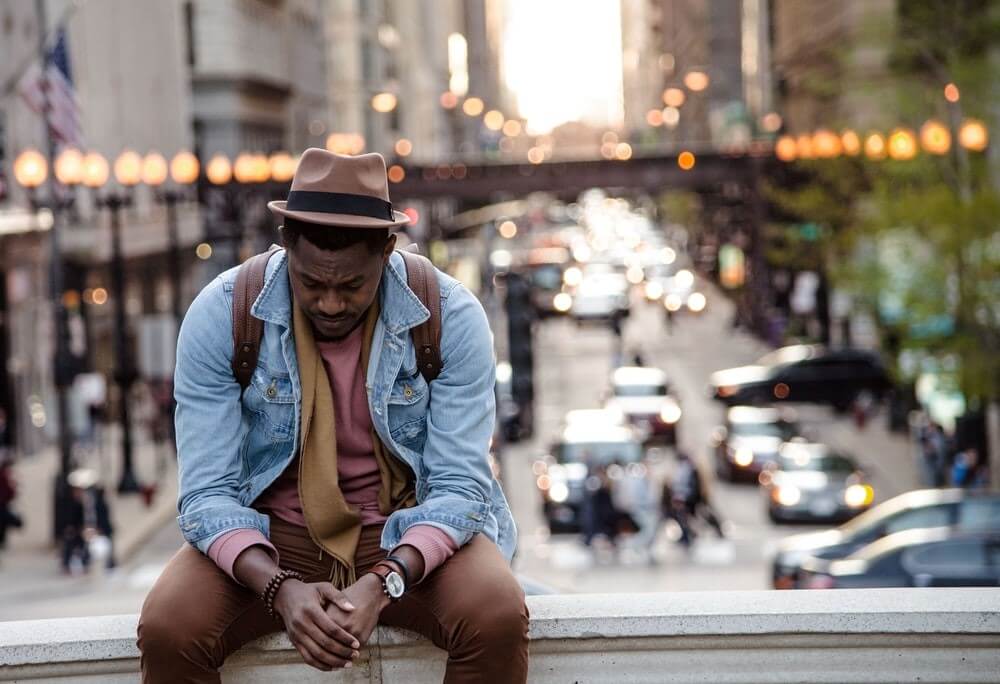 While there is no one reason or cause of panic disorder, research has proven that the disorder can run in families, but the jury is still out on whether this is due to:

Having one or even a few panic attacks does not mean the individual has a panic disorder; and at 1.5% or 3.3 million American adults[1], the number of individuals who suffer from a panic disorder is quite low compared to other disorders and illnesses. But when panic attacks being to interfere with someone's life significantly and begin to have a negative impact on his or her quality of life, it's time to see a doctor and seek treatment.

Why Does Someone Have A Panic Attack?

Aside from genetics or the environment, some other factors that may make an individual more vulnerable or susceptible to panic attacks. These factors include:

While research is being done on pinpointing the exact causes of panic attacks, researchers still don't know why the body would go into panic mode when there is no danger or reason to feel fearful and threatened.

It is not uncommon for people who experience panic attacks to try and dull down their symptoms by using drugs or alcohol. But while using these substances may provide temporary relief, it is not a long-term solution and will only worsen the symptoms as time goes. This may lead to other serious issues with substance abuse and addiction.

There is no way of predicting a panic attack, especially when they are recurring and are not caused by any significant event in your life. This unpredictability is perhaps one of the worst things about a panic attack and can add another layer of fear and anxiety in the individual's life. In some cases, people become so scared of having a panic attack; they begin to avoid places, people, and situations that may trigger an attack.

For example, if someone had a very bad episode of a panic attack while driving, going forward they may avoid getting behind the wheels again for fear of having another attack. Incidents such as this can lead to developing other phobias or psychotic disorders.

Even though panic attacks are unpredictable, over time and if left untreated, certain situations can trigger an attack because that will become your body's instinctive response to the situation.

Symptoms Of A Panic Attack: 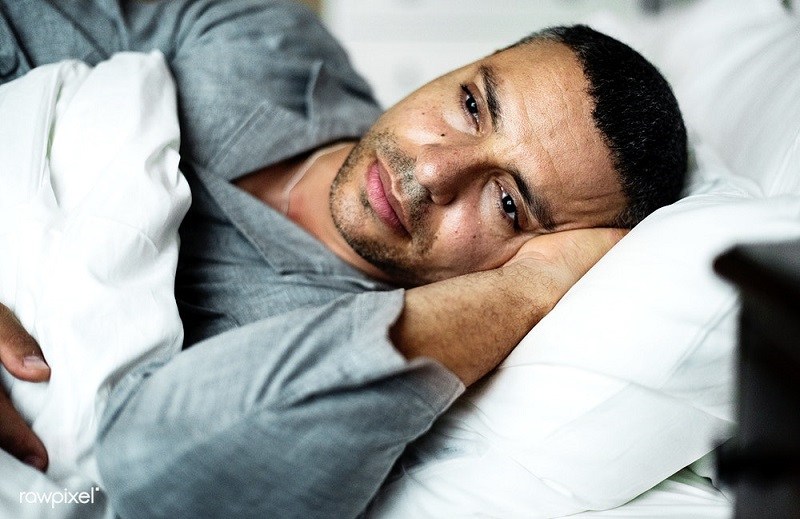 Panic Attacks Can Be Alarming And Confusing
Work Through Intense Emotions With A Licensed Therapist.

It's very common and normal to feel a sense of losing control while having a panic attack. An attack typically lasts between 5 to 10 minutes, the gravity of the symptoms peaks approximately at the ten minute-mark after which the symptoms decrease. The after effects, however, can last for several hours, and once a panic attack subsides, the body is left feeling drained and tired.

Although it may not feel like it at the moment and the symptoms you experience during a panic attack may make you feel otherwise, it's important to remember that panic attacks are not life-threatening. They cannot kill you. Having said that, recurring panic attacks or a panic disorder should not be left untreated because sooner or later, it will start taking a toll on your life, physically, mentally and emotionally.

When a panic disorder goes untreated, the symptoms can worsen and lead to the development of another disorder called agoraphobia. When someone has Agoraphobia, it means they suffer from a crippling fear of being outside, of being trapped in a closed place or finding themselves in a situation they can't get escape easily. Having agoraphobia can dramatically reduce the quality of one's life, which is why it's very important to seek help for panic attacks, especially if there are repeat occurrences.

While there are ways of calming yourself during a panic attack, it can rarely be managed effectively without proper treatment, so it's very important that you speak to a doctor and get help as soon as you can. With a proper course of treatment (a combination of medication and psychotherapy), panic attacks can be cured, the symptoms can be eliminated, and your life can be your own again.

Help and treatment for something like panic attacks or panic disorders are easily accessible and very common. The first step is having a conversation with your doctor. Self-diagnosis (especially with the help of online quizzes or symptom checker tools) is never a good idea. Diagnosis of any medical issue should always be made by a medical professional. Once you've expressed your concerns to the doctor, they may do the following:

Through these tests and evaluations, the doctor will be able to eliminate any potential physical problem, such as an underlying heart of thyroid conditions (which also mimic the symptoms of a panic attack). The diagnosis will also pinpoint whether the individual is suffering from a panic attack, panic disorder or another type of mental condition. Honesty is a must from the patient to receive an accurate diagnosis.

Having panic attacks does not automatically mean the individual is suffering from a panic disorder. Diagnosis of Panic Disorder is based on specific criteria outlined in the Diagnostic and Statistical Manual of Mental Disorders (DSM-05).

The criterion is as follows:

Even if the diagnosis is not for a panic disorder, the individual should still seek treatment for the panic attacks because not only are treatments extremely effective but leaving it untreated can worsen the condition and eventually develop into a panic disorder or something else. In some extreme cases and depending on the individual's mental health, repeated episodes of panic attacks can lead to depression, and isolation because the individual may begin to avoid social situations, activities or even refuse to leave the house…if the depression or anxiety worsens, it may even lead to thoughts of self-harm or substance abuse. The most recommended and effective course of treatment for panic attacks and panic disorders are a combination of:

A few types of depressants and sedatives can be prescribed to reduce and manage panic attack symptoms. The doctor will determine through trial and error the right type and combination of medication that will be most effective for the individual. Some medications like Benzodiazepines are a short-term solution only as they can lead to dependence, especially if the individual already has a history of addiction or abuse.

Like any course of treatment or dose of medication, it will take some time to cure the illness and see results. Typically, the symptoms of a panic attack will start decreasing in a few weeks, but it takes months for the panic attacks to go away completely or decrease dramatically. Most doctors will recommend scheduling visits every once in a while, even after the individual has been cured to ensure their symptoms are still under control. If you suddenly find that your panic attacks are happening again, don't despair or feel frightened, just go back to the doctor to explore additional treatment options.

Previous Article
Is A Feeling Of Dread A Sign Of Something More Serious?
Next Article
How To Treat Panic Attacks And Manage Them
For Additional Help & Support With Your Concerns
Speak with a Licensed Therapist
The information on this page is not intended to be a substitution for diagnosis, treatment, or informed professional advice. You should not take any action or avoid taking any action without consulting with a qualified mental health professional. For more information, please read our terms of use.