Repression is what happens when a person does not acknowledge a painful thought about a past event. The individual does this unconsciously, unable to even recognize that the event ever took place. Their mind wants to pretend it never happened because it was too traumatizing for the individual to handle. As such, repression is kind of like "motivated forgetting," where the active but unconscious mind hides unwanted thoughts, memories, emotions, and ideas. Although repression psychology has always been controversial, this article hopes to offer simple and straightforward facts about this field. 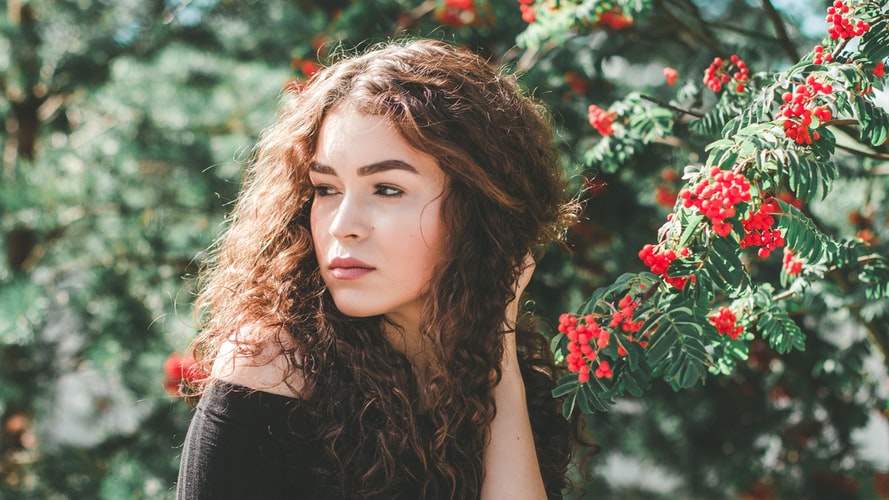 Curious About How You May Be Using Defense Mechanisms?
Learn More About Different Styles Of Psychology. Talk To A Therapist Today!
This website is owned and operated by BetterHelp, who receives all fees associated with the platform.

The concept of repression has been debated for years. Some research suggests that people are more motivated to forget trauma intentionally than to repress it. That is called suppression. It has also been contended that repression is a multidimensional component comprised of memory, pathogenic effects, and unconsciousness. In this case, memories of traumatic experiences sometimes overwhelm people and motivate unintentional forgetting.

As a result, individuals experience a type of "amnesia" that helps them deal with a traumatic experience. Pathogenic effects focus on the distortions of memories, and this protects the individual's wellbeing in the short term. Furthermore, temporarily inhibiting emotions can be beneficial to an individual's psychological and overall wellness in certain situations. In other words, repression is used by the brain as a psychological defense mechanism.

Freud defined defense mechanisms as "psychological strategies that are unconsciously used to protect a person from anxiety arising from unacceptable thoughts or feelings." In other words, he believed that we use defense mechanisms to protect ourselves from certain feelings, such as guilt or anxiety. These feelings occur when we start to feel threatened by parts of our brain that have become too demanding, and Freud believed that they're not under our control. 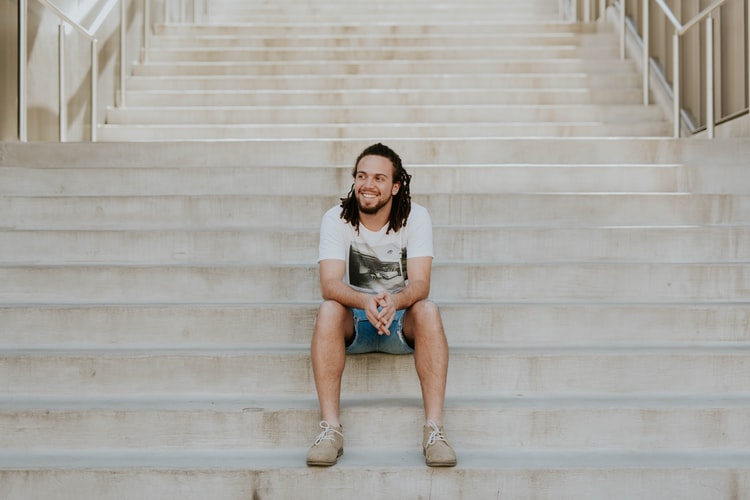 As a defense mechanism, using repression often helps the brain (temporarily) remain in a more joyous or positive state.

Despite his initial enthusiasm for his theory of repression, Freud eventually found a problem with it. He discovered many of his patients' repressed childhood memories weren't true. Similarly, renowned US psychologist Elizabeth Loftus recently proved that it's possible to successfully implant false memories in people.

As a result, many psychologists and psychiatrists think that true memory repression is very rare. It's likely that only people who experience horrendous trauma experience repression, blocking out the memory altogether to keep functioning. That said, many experts believe that the impact of trauma actually strengthens an individual's memory of a painful experience. They believe this vividness occurs because the individual experienced intense emotions during the event.

Although further research has proved otherwise, skeptics believe that individuals who tend to use repression to cope distort information or reach false conclusions. In many cases, it's also been hypothesized that repressed individuals have trouble retrieving the specific occurrences of horrendous events, such as child abuse, while experiencing symptoms indicative of abuse. In general, people who repress memories appear to have more difficulty retrieving memories than those who don't. Why? Let's look at how this works in the brain.

At the neurobiological level, the hippocampus allows you to remember experiences or events. To suppress these memories, research shows that another part of your brain (the lateral prefrontal cortex) must disengage the hippocampal activation to inhibit memory recall. In other words, recalling intrusive memories causes the brain to influence unwanted memories. 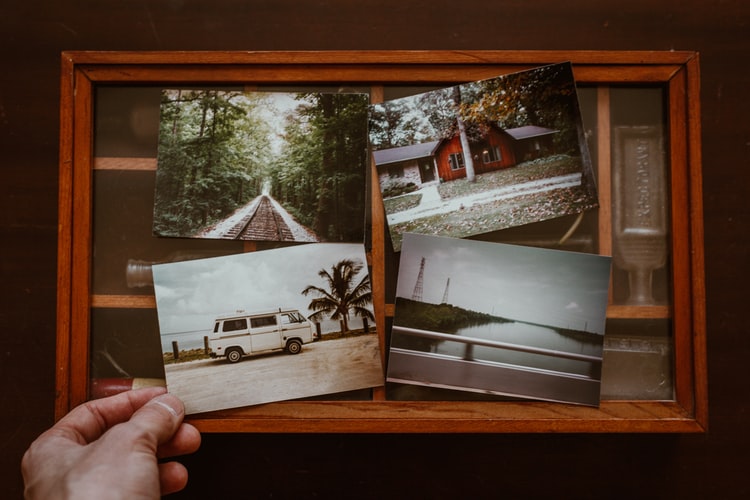 Curious About How You May Be Using Defense Mechanisms?
Learn More About Different Styles Of Psychology. Talk To A Therapist Today!

Furthermore, researchers have developed the theory that memory can be altered during traumatic events. They've also concluded that the amygdala is likely to trigger the brain to recall unpleasant or traumatic memories, which can create the experience of reliving the event. This means that emotions play an integral part in altering memory recall during the retrieval stage. Although this perspective is very interesting, it doesn't necessarily give us insight into why people engage in these coping strategies.

As defense mechanisms, repression and suppression are often confused or used interchangeably when they're actually two different concepts. As defined above, repression is what happens when an individual unconsciously forgets about an event and may even believe it never took place. Their mind wants to pretend it didn't happen because it was highly traumatizing.

Suppression, on the other hand, is a conscious effort to hide or pretend one's feelings, thoughts, and desires don't exist. Someone engaging in suppression is aware of the feeling, thought, or desire, but they actively refuse to think about it. This thought, feeling, or desire may be inappropriate, ill-timed, or otherwise undesirable.

The main difference between the two is whether or not an individual is conscious of their decision to ignore the memory. According to psychology, repression is more frequently used as a defense mechanism because it involves the subconscious mind, but both approaches can cause problems. 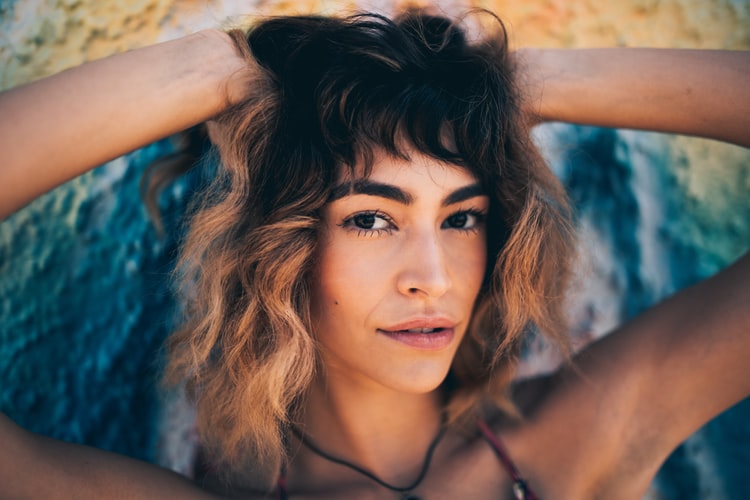 While suppression can lead to feelings of conflict and anger, the repercussions of repression are usually similar, but much worse. It's relatively easy to recall and deal with suppressed emotions, but it's much harder to handle something that's been repressed because the individual usually isn't aware of it. That could lead to serious problems.

For example, by acknowledging suppressed anger, one can deal with it effectively by talking to the person who caused the anger or by meditating. However, repressed anger can turn into bitterness and resentment without any explanation. If you're not aware of the anger, you can't process it. In this case, you might start resenting a person based on an argument and refuse to engage in a mature dialogue.

Suppression is generally considered a more positive defense mechanism because it tends to be more socially acceptable than repression. That said, it's not healthy to use either defense mechanism for a long period of time because both could lead to psychological problems in the future. For the sake of your mental and emotional wellbeing, it's important to learn how to feel and process your emotions.

Contemporary psychologists often use the term "repression" when referring to repressed memories. These are life incidents that an individual cannot remember without the assistance of a therapist. To help a patient recall these instances, a therapist might employ therapeutic tools like hypnosis, but as mentioned previously, therapy for repressed memories is extremely controversial. Many people are wary of the possibility of implanting false memories.

During the late 20th century, therapists often used hypnosis to help people remember incidents of sexual abuse, but in some cases, the sexual abuse never happened. Further research determined that people are highly suggestible under hypnosis, so the therapists could have inadvertently suggested false memories that were integrated by their patients.

Because of cases like these, psychologists now argue that repressed memories are uncommon, and many clinicians believe that, once a memory is lost, it cannot be recovered.

Repression is a controversial topic. If you're repressing memories, you're unlikely to know it, but you can learn more about this concept. Should you be interested in exploring repressed or suppressed memories, consider working with an in-person or online therapist.

Online therapy can be especially useful if you’re dealing with trauma and don’t want to leave your home for treatment or can’t find treatment where you live. A study involving 126 women participants receiving either videoteleconferencing or in-person therapy for their PTSD symptoms showed that both groups saw a significant reduction in their symptoms. The study concluded that online therapy is comparable to traditional therapy and is also useful for treating depression and anxiety.

BetterHelp offers affordable therapy with thousands of licensed counselors who can guide you through your memories and help you learn to cope with difficult events. Thanks to BetterHelp's online platform, you can meet with your counselor from the comfort of your own home or anywhere you have an internet connection. Below are some reviews of BetterHelp counselors from people experiencing a range of defense mechanisms.

"Dr. Thiem is extremely caring and knowledgeable. She has helped me work through my trauma with such patience. Dr. Thiem uses a variety of therapy techniques and is truly supportive. I didn't think that I would ever feel okay again until I started working with her. I'm grateful for her kindness and skill. She's wonderful!"

"I had some trauma when I was younger that was severely affecting my life and my relationships in a negative way. I also didn't have even the kind of money to afford this service for a long period of time. But Danny took the time and discussed treatment options for PTSD that I did not know much about before. I had tried different forms of therapy with limited success, but being able to write out my feelings, thoughts, and experiences allowed me to express myself in a way that I would not feel comfortable doing while sitting one on one with someone in the same room with me. Maybe that's a sign of me being on the older side of the texting/dm/instant message generation, but the messenger discussion was a game changer for me. Danny and BetterHelp helped me so much in a short amount of time, and they didn't dismiss me or treat me as less important just because of my adverse financial situation. Because of Danny, I found a local EMDR therapist that I can see, and it has been so helpful. Thank you so much."

If you're curious about repression or suppression, you can learn more by talking to a licensed counselor. No matter what you're experiencing, help is available. Take the first step today.

Is A Free Psychologist A Real Thing? (And Where You Can Find Free Therapy Online)
For Additional Help & Support With Your Concerns
Speak with a Licensed Therapist Today