What Is Ego Psychology?

Remember the old cartoon representation of a person with an angel on one shoulder and a devil on the other, each offering conflicting advice? That's the underlying principle of ego psychology, which has its roots in the work of the founder of psychotherapy himself, Sigmund Freud.

In the years since Freud, other psychiatrists have branched off with other ideas and interpretations of ego psychology. Today, the field has splintered so dramatically that it's hard to come up with one precise ego psychology definition for modern psychotherapy. We will go over several concepts of ego psychology at different points. 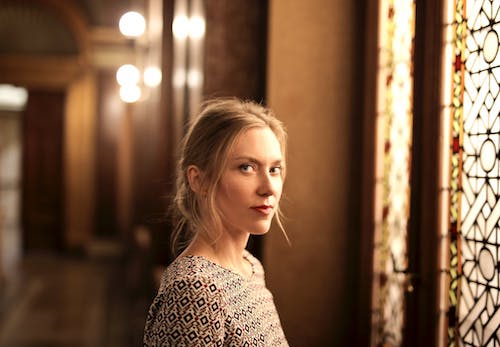 Need To Learn More About Ego Psychology?
Ask An Expert. Schedule An Appointment With A Licensed Psychologist Online Now.
This website is owned and operated by BetterHelp, who receives all fees associated with the platform.
Source: pexels.com

The concept of the ego, as we know it, was first formulated in 1923 by Freud in his landmark work, The Ego and the Id. In this book, he defined the human mind as divided into three distinct components: the superego, the ego, and the id. Each of these parts has a distinct role in human consciousness.

According to Freud, the id represents the most primitive part of our mind. It contains all our repressed desires and suppressed memories. Our sexual drive, aggressive urges, and childhood traumas all reside here. The id has no contact with reality and operates separately from the outside world. It is motivated solely by the desire for pleasure. As infants, we are composed only of our urges and drives. As we grow older and come in contact with our world and environment, we develop the other parts of our mind: the ego and the superego.

In opposition to the id, the superego represents a moral conscience. It imposes a value system, often punishing the id with guilt. The superego holds up a goal of an ideal self, a vision of what the self "should" be. As a result, the id and the superego are in constant conflict. The third part of the psyche, the ego, has the role of mediating that conflict. Freud defined the ego as the rational and realistic part of the human mind. It is concerned with the desire for pleasure (like the id) but can navigate a reasonable strategy to obtain this goal without compromising the moral and ethical demands of society, thus also satisfying the superego.

The ego is the part of ourselves that can take a step back, evaluate information objectively, and make rational decisions for our best interests. For that reason, we have come to associate the ego with our true identity. In contemporary language, we have negative associations with the word "ego." When someone has an inflated concept of his worth, we accuse him of having too much "ego." But in Freudian terms, having a strong ego is a necessity for mental health. As Freud (and his daughter Anna, who further developed his ideas) originally conceived it, the ego functions through a system of "defense" mechanisms, which protect it from the fierce conflict between the id and the superego. Some of these defense mechanisms are repression, denial, and projection. 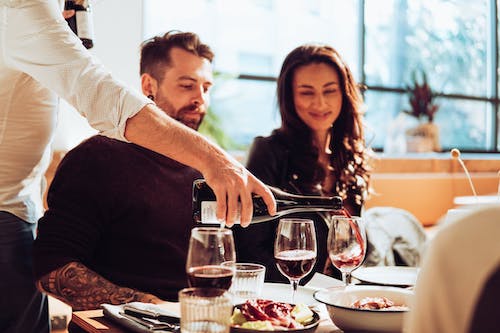 For example, if someone cuts in front of you in line at the supermarket, you may have a primitive urge to punch that person in the face. Freud would say that this is a primal urge from your id. But the ego represses that urge. This is a defense mechanism. Another example: when you suffer the loss of a close family member, your ego initially blocks full awareness of the loss in the stages of shock and denial, so that you can process the grief gradually. This is another defense that protects you.

However, the id and the superego are both powerful forces, and there may be times when they are too much for the ego to handle. When that happens, we develop problems such as phobias, anxiety disorders, and depression. For that reason, the goal of ego psychology is to strengthen and empower the ego. But different schools of thought have emerged on the best way to accomplish this.

The Evolution Of Ego Psychology

Although Sigmund and Anna Freud were the original architects of ego psychology, another Austrian psychiatrist Heinz Hartmann was the one who truly brought it to the forefront of the American consciousness. His paper, The Ego and the Problem of Adaptation, was translated into English in 1958 and became the basis for ego psychology in the United States, especially when Hartmann moved to New York City in 1941 after fleeing WWII Europe. While there, he trained many of the psychoanalysts who carried the torch of Freudian psychology into the modern US.

Having experienced firsthand the horrors of war, Hartmann witnessed a unique resilience in the human soul when facing violent and hopeless situations. He felt that Freud's dark view of the id and ego were inadequate, and he came up with a more optimistic explanation.

Freud believed that children came into the world as irrational creatures motivated solely by primal urges. Hartmann, on the other hand, believed that they were born already equipped with an ego that could adapt to their environment.

In his view, the goal of ego psychology is to ensure that the ego can function in a conflict-free zone. In other words, a healthy ego engages in rational tasks like learning, thinking, and perception without any primal conflict from the id. We are born with the ability to do so, but over time this ability is compromised by conflict from the id and superego, as well as conflicts resulting from social expectations, relationships, and trauma.

Two psychoanalysts who further expanded on the theories of ego psychology were Jacob A. Arlow and Charles Brenner. In 1964, they published the book Psychoanalytic Concepts and the Structural Theory', in which they emphasized the importance of "making the unconscious conscious." In other words, if you become aware of the way your unconscious mind expresses itself through fantasy and daydreams, you will be able to understand how these unconscious forces may be influencing your behavior in undesirable ways. For example, if you want a relationship, but continually break things off because you have a deep-seated fear of commitment, exploring your unconscious mind can help you understand why this is happening and change the behavior.

Though others have built on and expanded his work, ego psychology is based largely upon the work of Sigmund Freud, the father of psychoanalysis. It would be impossible to overstate Freud's contribution to our knowledge of mental health. In fact, psychology as a discipline would probably not be at its current level if it were not for Freud's work. His ideas about the unconscious mind and defense mechanisms, such as repression and denial, were revolutionary for the period, and still inform our thinking about mental health issues today. Here are some things we've learned from Freud that you may still find in your work with a 21st-century therapist. 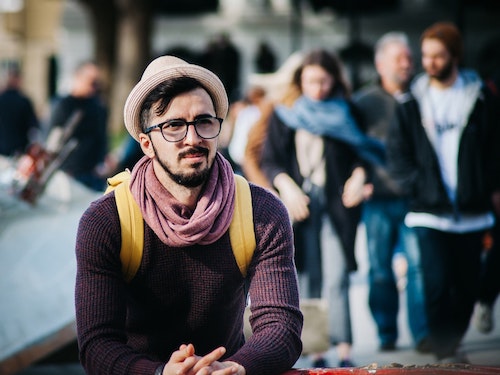 However, we have learned a lot since 1923 when Freud wrote The Ego and the Id. Here are a few of Freud's ideas that we have left behind.

Thankfully, modern-day therapists and counselors have a wide range of theories and models at their disposal and are no longer bound by the simplistic, three-part explanation of id, ego, and superego. Be that as it may, this is still an excellent starting place and can account for a good part of our emotional angst.

We will forever be indebted to Freud for showing us that our repressed feelings and emotions have value and that their effects have consequences. But we have learned a lot since then, and when it comes to the intricacies of the human psyche, there is always more to learn. Studies show that online therapy is a secure, flexible, and convenient way of learning about the mind, and addressing a range of psychological matters. An overarching benefit is the increased amount of accessibility online therapy provides, particularly to those who might not otherwise seek help, compared to traditional face-to-face counseling. A broad-based study put together by the World Psychiatric Association found that internet-based cognitive-behavioral therapy (iCBT) is an effective alternative to traditional therapy. With iCBT, useful online resources are made available, in combination with therapist guidance, to lead those who are experiencing mental health concerns through a treatment plan. The report lists several benefits of online therapy, including decreased costs; increased accessibility; and the ability to help manage a wide range of mental health disorders, including anxiety, depression, and post-traumatic stress disorder (PTSD).
As outlined above, online therapy can be a more flexible option for those who want to know more about their psyche. Without having to commute back and forth to an office, you can focus on learning more about the thoughts and emotions underlying your everyday behaviors. Hopefully, some of this article's discussions on the inner mind made you wonder about some intricacy of yours that is explained by the unconscious mind. If you want to delve deeper, BetterHelp can help. Check out a couple of reviews below.

"Dr. Ray has my confidence in her degrees, skills, and fantastic communication. I really feel after all my years of therapy, she brings the no-nonsense layout I've been seeking."

"Leah is an incredible counselor. She is open-minded, which is a characteristic I have a difficult time finding in individuals. She listens to my concerns and doesn't blame me for past mistakes. She helps me think of ways to deal with future issues and helps me think about things in a more positive manner. I've been feeling like a better version of myself since beginning therapy, and I know a lot of the reason is because of Leah."

Freud's theories are hallmarks, but today we know more than ever before. If you would like to learn more about the complexities of your brain, reach out to a licensed mental health professional.

Psych Evaluation And Assessments: What To Know About A Psych Evaluation
For Additional Help & Support With Your Concerns
Speak with a Licensed Counselor Today