What Is ERP Psychology?

If you've heard two different people talking about ERP psychology, there's a good chance the two conversations didn't match up. Like many other abbreviations, ERP can stand for more than one thing. In psychology, ERP can stand for either "event-related potential" or "exposure and response prevention." These are unrelated subjects except that they're both used by psychologists and researchers to describe concepts in psychology.

What does ERP stand for in psychology? If you're talking about brainwaves, it refers to Event-Related Potential. In this sense, you can define ERP psychology as a response in the brain that is measured by an EEG (electroencephalogram). The response comes after a specific event that can be a sensory, cognitive, or motor experience. The EEG can measure it because it's a part of the electrical activity in the brain.

There are two main subtypes of ERPs. One is evoked potentials (also called evoked responses). These electrical voltages occur when the subject is presented with a stimulus. These voltages range from less than one microvolt to a few microvolts, so they're very hard to distinguish from background noise. Scientists use signal averaging to find where the voltage increases to resolve this issue. The other type of ERP in neuroscience is induced potentials.

Using ERP In Medicine And Psychology

Evoked responses are typically recorded in the central nervous system, including the cerebral cortex, the brain stem, and the spinal cord. An ERP scan can also be used in medical science, especially to gauge the damage caused by multiple sclerosis or other neurological conditions. Induced potentials are mainly used in neuroscience research.

Studying ERPs can help scientists understand the brain both in mentally healthy people and in people who have brain injuries or mental illnesses, such as schizophrenia. In one study, for example, individuals with schizophrenia showed slower responses to a task when compared to their mentally healthy counterparts. Researchers concluded that the slowed responses were due to difficulty making the selection.

ERPs offer a reliable way to test for hearing problems among children and adolescents. Because the EEG records responses to stimuli, the doctor can readily determine whether the person can hear the auditory stimulus through an objective technique. 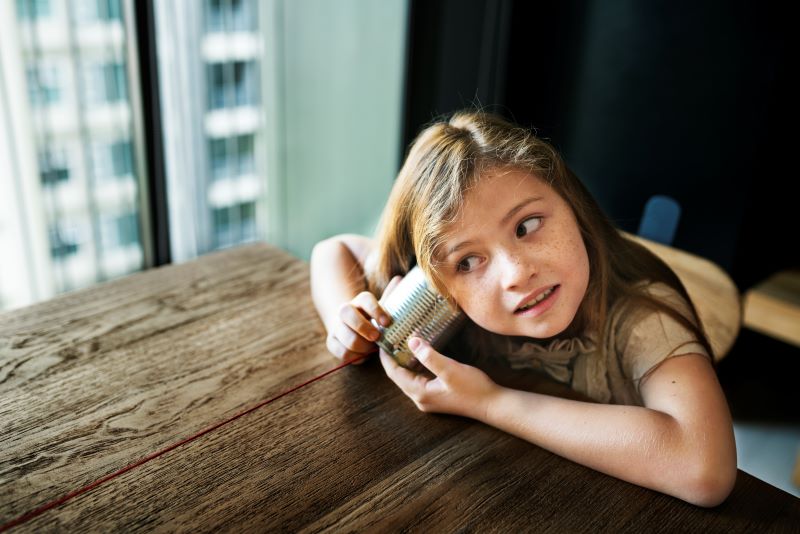 ERPs can be used in diagnosing:

The second answer to "What is ERP in psychology?" is Exposure and Response Prevention. In this case, ERP refers to a specific type of Cognitive Behavioral Therapy (CBT) used primarily for people with obsessive-compulsive disorder and other anxiety disorders. It is a well-studied method of psychotherapy for OCD and has brought about some relief for up to 83% of people with OCD who engaged in ERP.

What Is Cognitive Behavioral Therapy?

CBT is a type of psychotherapy that assumes that someone reacts based on the way they see the situation. The idea is that by changing thoughts, you can then more readily change behavior. You choose what thoughts to change by observing which behaviors are unhelpful to you and what the thoughts are behind those behaviors.

Practical problem-solving is one key feature of CBT. While traditional talk therapies concentrate on gaining insight, CBT is more concerned with self-observation and making specific changes to thoughts and behaviors. The goal of cognitive behavioral therapy is to learn how to make these changes on your own to become your therapist eventually.

Exposure and Response Prevention therapy is similar to cognitive behavioral therapy in that it is a systematic and practical method of changing thoughts and behaviors. As opposed to CBT, it relies on exposure to the feared stimulus along with a decision not to let yourself engage in any of the compulsions, avoidance behaviors, or rituals common in OCD.

How Does ERP Work?

ERP therapy begins with a discussion of the techniques involved. This seeks to mitigate fear about the process. There are three main parts of the ERP. First, before ERP begins, you need to gather information about your fears. Next, you expose yourself to the things you're afraid of in a systematic way. Finally, as you expose yourself to the fears, you resist doing the things you usually do to feel in control of your fear.

Facing Fears In A Systematic Way 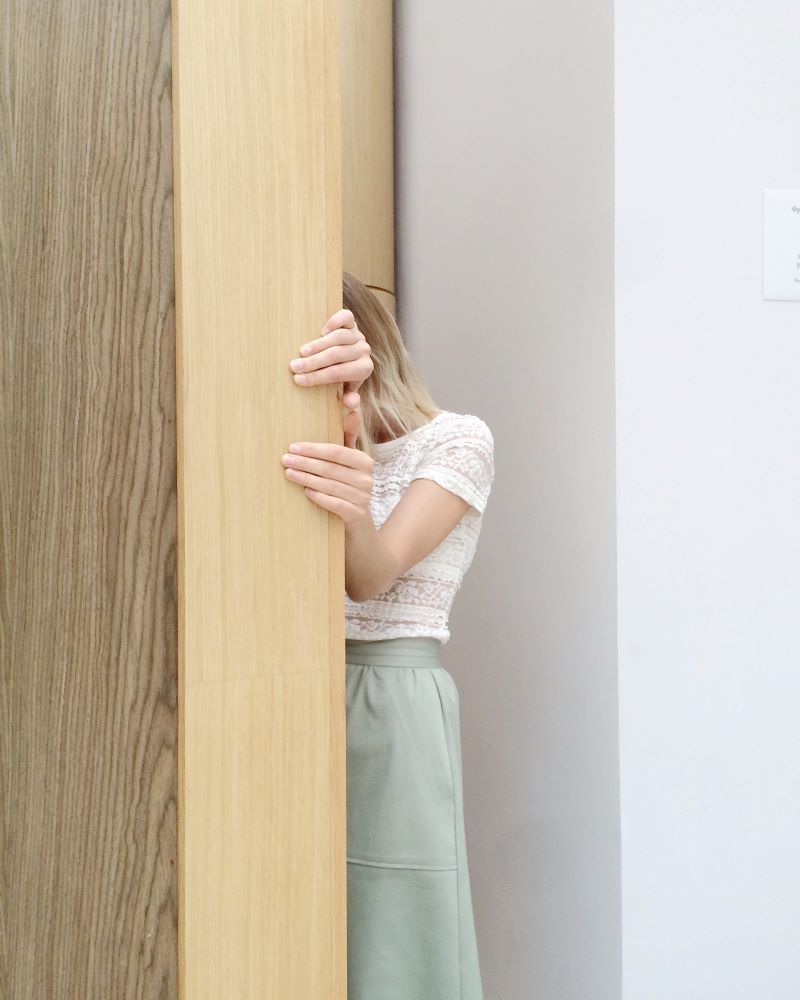 Before you even begin ERP techniques, the first step is to identify your fears. As you go about your daily routines, notice what things cause you to become fearful. Which things are so distressing that you fight to control your fears through rituals? Which things are so unpleasant for you that they get stuck in your mind, and you can't stop thinking about them?

Write down what brought on the feeling of fear and the thoughts you had about the fear in as specific terms as you can. Then, describe exactly how you reacted to that fear. For example, if a stranger touches you, you might become fearful, thinking that they might have all sorts of germs and that they may give you some horrible contagious disease. You might respond by hurrying home to scrub the area in your body where the stranger touched you or obsessing for hours about the bad things that could happen because of it.

Once you have a complete list of your fears, rank them in order of how distressing they are. Give each fear a ranking from 0 to 10 based on how intense the fear is. So, in the above example, you might have a little fear of being near a stranger, more fear if they touch your clothing, even more, fear if they touch the skin on your arm, and extreme fear if they touch your face. If you have many different fears, you may need to create categories and rank each fear within that category. ERP therapists often call each category a "fear ladder."

Facing Fears One At A Time

Exposure is the next step in ERP. In this part, you need to expose yourself to the fear by putting yourself in situations that might bring on the fear. Start with the things you fear least and move up a step at a time to things you fear more.

One example might be the fear of being alone. You might start by spending a few minutes alone while someone you know where trust is within sight. Increase that time gradually until you no longer have any fear of it. Next, you might spend time alone with other people nearby, but not necessarily anyone you know. Once you conquer that fear, you can go on to spending time alone in your apartment. Eventually, you may even want to work up to spending time alone in a remote place like a cabin.

Many people with OCD and anxiety repeatedly try to face their fears without success. It isn't that they aren't brave enough. The problem is that they don't have techniques for changing their responses. This is what exposure and response prevention therapy are all about. You don't just face the fears, but you do it while practicing response prevention techniques you learn in therapy.

As you practice facing your fears relying on response prevention techniques, notice the progress you're making. Keep written records of the fears you've faced and how you've handled them. Know that if you're feeling more anxious during ERP, it may be a sign that you're doing good work by facing your fears. Don't be concerned when you see that your fears aren't vanishing rapidly. Give the ERP therapy time to work.

If you're working on ERP psychology, your goal is to face fears rather than avoid them. People in ERP therapy often use subtle avoidance to minimize their fearful responses. For example, someone afraid of the germs that may be on a doorknob may avoid touching it altogether. If this is a step you've worked out, it could be helpful. However, if it's a way to avoid feeling the fear, it won't likely be helpful at all.

The following are four specific response prevention techniques. You can practice them whenever you're facing the fears on the fear ladder you've created. These techniques can also be useful if you're unexpectedly facing a new situation that frightens you. 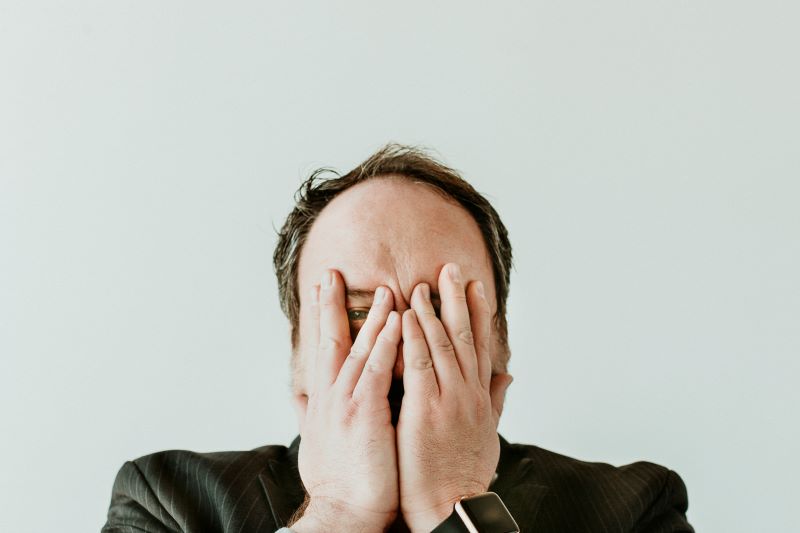 People with OCD generally have incredibly strong urges to engage in compulsions and rituals. During response prevention, it's important to resist those urges while you're exposing yourself to your fears. Don't carry out compulsions during the feared situation, and don't engage in them afterward.

Long-standing compulsions and rituals are hard to overcome, but they can be done through ERP therapy. Sometimes it helps to watch someone you trust, such as a close friend or family member, as they engage in the activity you're afraid of. Watch how they do it, noticing that they don't engage in the same checking behaviors that you might do. Then, do the same thing, in the same way.

Delaying And Reducing The Use Of Rituals

Delaying and reducing are two separate but related ways of dealing with fears. These are especially helpful when you're first starting in ERP therapy and when you're facing your greatest fears for the first time.

To delay the ritual, don't allow yourself to perform it until some time has passed after exposure. For instance, say you're waiting for a friend. You're fearful that they're standing you up, so your impulse is to keep checking the time. Nonetheless, do your best to wait at least five minutes before you check.

To reduce the ritual, you still do the ritual, but you limit the time you spend doing it. So, if your ritual for fear of being alone is to lock the door five times, go ahead and lock it twice. Then, please resist the urge to do it three more times.

The goal is to face the fear until your response is reasonable. One exposure rarely does the job. You may need to re-expose yourself to the fearful situation many times before you feel comfortable with it. If you perform a ritual in the situation, the fear can increase. So, if you engage in compulsions or rituals when you're facing a fear, re-expose yourself to the fear again immediately and try again.

You started with a fear ladder, or perhaps several. Each time you move up a rung, feeling only a little anxiety in that situation, you're ready to work on facing the next fear. ERP therapy can continue this way as you face all the fears on your fear ladder or ladders. You can also learn to do this work independently after working with a therapist long enough to conquer some significant fears.

OCD can be very difficult to live with day by day. It can cause you to limit your activities and reduce your social and geographical circle. Exposure and response prevention therapy can change how you feel about many different situations.

If you have fears that seem overwhelming to you, therapy can help you face those fears and reduce the anxiety you feel in situations that cause them. You can talk to a licensed counselor at BetterHelp, for example, for online therapy for this and other mental health issues. You can face your fears now and gain the skills to face more fears on your own as they arise later on. A more comfortable and enjoyable life may be closer than you think!