What Is The Psychology Of Personality?

Personality is an intriguing facet of human beings. For years, psychologists have studied personality, personality traits and the various factors which impact, influence and contribute to personality. In the professional sense, this study is referred to as personality psychology. A Brief Overview Of Personality

Considering the vastness of personality psychology, there are a series of perspectives and theories which pertain to this particular study. Each one has its place and its own merits.

Cardinal traits are viewed as the foundation which individuals base their lives upon. These types of traits are viewed in generalities, such as generosity, narcissism, compassion, ambition, etc. As one might infer from the preceding examples, cardinal traits can be both positive or negative. Central traits, on the other hand, are viewed as the pieces which create each human being's personality. Smartness, outspokenness, and deceit are some great examples of central traits. Finally, secondary traits are regarded as fairly irregular patterns which only present themselves within certain circumstances. Stage fright is a universal example of such. 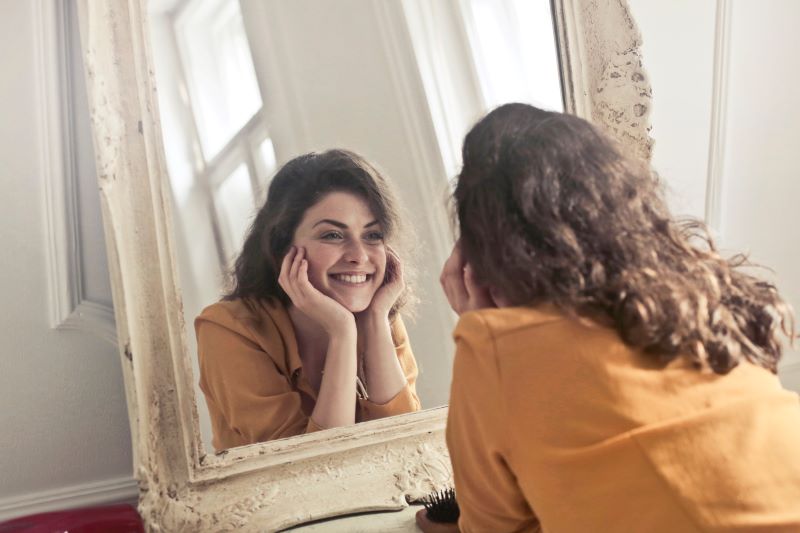 In personality psychology, social cognitive theories place a central focus on the views and expectations that human beings harbor about the world in which they live. These outlooks are subsequently viewed as the factors which determine how individuals think and make certain judgment calls. One of the most interesting things about social cognitive theories is the balance of weight which is placed on the internal and external parts of personality and individualism.

Humanistic theories place significant value and weight on the inherent free will which each possesses. Specialists who subscribe to humanistic theories believe that the experiences which people undergo will, in turn, determine their behaviors. While there are certain links between experiences and decisions, there are a variety of factors which can influence and impact the behavior patterns of human beings.

Which Personality Psychology Theory Is Right?

This is a common question which many psychologists have wondered and even debated about for centuries. Ultimately, each theory has its merits. There is documented evidence and life patterns which show the gravity that traits have on human behaviors and personalities. Likewise, the views which individuals harbor about the world around them has been shown to influence the choices they make. A person who believes that life is full of opportunities is likelier to take risks than someone who believes that the odds are inherently stacked against them.

The various personalities of human beings are so diverse and complex that there is no way to assert any one particular theory as correct while dismissing remaining theories. Granted, there are certain personality theories which will seemingly fit with certain individuals while others may lean towards other theories. However, when it's all said and done, each personality theory comes with its own merits and supporting evidence. 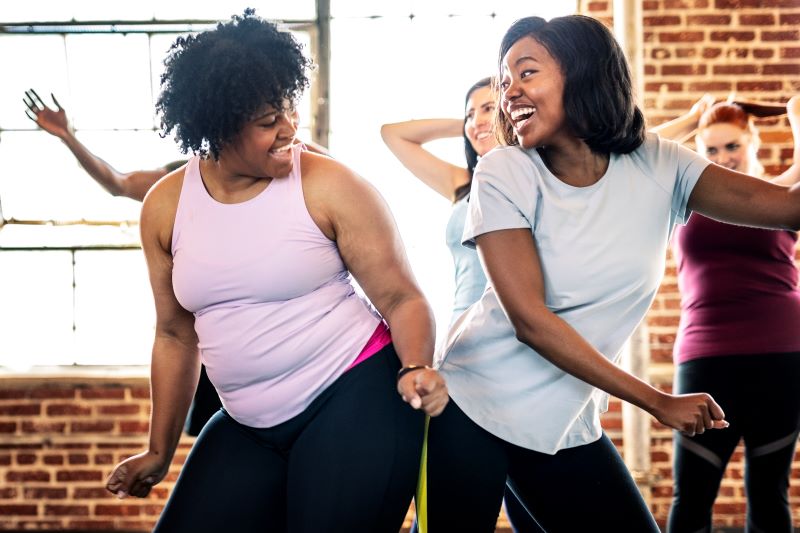 Phlegmatic personality types are loyal, peaceful and very happy when in the company of others. Individuals who fall into this particular category place a very high value on interpersonal relationships and being of assistance to others. Like anything, an excess of phlegmatism can be problematic. People with this type of personality taken to the extreme are likely to be taken advantage of. Generally, phlegmatic personality types do well in professions such as counseling, teaching, nursing and otherwise working with other human beings.

Individuals with choleric personalities are pragmatic, logical, direct and goal-driven. People with this type of personality are not necessarily social butterflies or fans of small talk. They generally prefer to be around like-minded individuals who share parallel interests, outlooks, and worldviews. People with choleric personalities are typically best suited for careers in business, technology, management, or programming.

Melancholic personality types have deep respect for tradition, order, procedure, and community. Unlike sanguine personalities, melancholic individuals actively avoid exploration and newness. Instead, they see value in being active in their communities and generally enjoy sticking to what they know and are familiar with. Some great professions for melancholic personality types are accounting, social work, and administrative duties.

Some Final Words On Personality

Despite all the facts, information and developments about personality psychology, there is still so much more. The world is changing every day, new elements are constantly being added within society, and breakthroughs in psychology are more common than many people could imagine.

At its core, humanity is both alike and different in so many ways. There are various patterns and consistencies with certain personalities. Different theories and personality types can apply to various individuals. Life experiences, biology, environment, social settings, childhood and more can have a significant impact on personalities.

Another important thing to remember is that personalities can shift, change and evolve. Sometimes people evolve. In other scenarios, they can have certain experiences which either solidify or cause them to reconsider previously held beliefs. Personality psychology is a critical part of human studies, but it's always important not to fall into the trap of putting human beings into boxes. As previously stated, it is not uncommon for individuals to possess various traits which are associated with multiple personality types. No matter what personality type an individual has, the ultimate equalizer is that we are all human beings at the end of the day. Each one of us goes through difficulties and tough times in life. What's important to remember is that when this happens, having the right support systems in place makes all the difference in the world. This is where treatment and processes such as counseling and therapy can prove to be of value.

No matter who you are, where you come from or what your story is, if you ever feel as though you could benefit from counseling, therapy or even having someone to talk to, that's OK. Seeking out professional help is absolutely nothing to you. It's nothing to be ashamed of and should be encouraged. No matter how great or strong someone may be, everyone will need someone other than themselves at some point.

If you are interested in working with a counselor or therapist, then BetterHelp will certainly be of value to you. We have an amazing team of world-class professionals who would be more than thrilled to sit down and work with you. There is no judgment whatsoever and no matter who you are or where you come from, our only priority is being of service and assistance to you.

Whenever you are ready, you can get started with BetterHelp at any time by simply clicking here.

What are the Four Major Theories of Personality?

The humanistic perspective places more emphasis on personal awareness, free will, psychological growth and how each of these things lead to change over time. The trait perspective, on the other hand, is one of the theories of personality that focuses on the measurements, identifications, and descriptions of personality.

Finally, the social cognition perspective is one of the theories of personality that reviews how observational learning, situational influences, and self-efficacy impact personality and social psychology. From Freud’s theory to the other top three, each of the above perspectives are relevant major theories in psychological science.

What is Personality Psychology?

How Many Types of Personality are There in Psychology?

According to adult personality studies, there are four different types of human personality. These personality types include the following: Type A, Type B, Type C, and Type D.

The best ways to describe personality types are as follows: Type A personalities tend to embrace risks, focus on goals, and do well under pressure. Type B personalities have different patterns of thinking and are known for being enthusiastic, focused on relationships, and outgoing. Type C personalities are typically logical, prepared ahead of time, and pay great attention to details. Finally, scientific study shows that Type D personalities are task-driven, cautious and stabilizing.

What is the Concept of Personality?

What is an Example of Personality Psychology?

What are Characteristics of Personality?

Characteristics of personality deal with the defining traits of an individual. These traits can impact emotional health, mental health, and life experiences. Some common personality characteristics include, but are definitely not limited to, the following: empathy, compassion, impatience, stoicness, and apathy.

Many personality tests and even psychological science show(s) that some people are likelier to have certain characteristics than others. Looking at what the research suggests on a trait theory or type indicator can be helpful in understanding more about characteristics of personality.

What are the Five Main Personality Traits?

What are the Six Traits of Good Character?

The six traits of good character are respect, trustworthiness, citizenship, fairness, responsibility, and care. Research suggests that many of these character traits (among others) arrive during early development; however, there are many major theories and one type indicator after the other about what leads people to develop certain traits.

What are the Three Natures of Personality?

The three natures of personality are as follows: response, stimulus, and intervening factor.

What is the Importance of Personality?

Personality is important for a plethora of reasons. An individual’s personality can impact their mental health, how they’re feeling and behaving, and much more. Personality also affects how a particular type indicator can signal the likelihood of certain trait developments. How a person moves through the world and the experiences they have will also be largely impacted by their personality.

What are the Eight Types of Personalities?

What is the Rarest Personality Type?

What are the Seven Personality Types?

The seven personality types are as follows: sustaining, guarding, creative, investigative, helping, connective, and commanding. There are a variety of personality tests that can help people learn which personality type is most like them.

The personality type that one has can also impact their mental health, interactions with others, and how they’re feeling and behaving. The Journal of Personality also commonly reviews matters related to personality psychology, genetics, and different personality types.

How Many Personality Types are There?

Previous Article
An Overview Of Seven Jobs In Psychology
Next Article
What Is Behavioral Psychology? Definition And Applications
For Additional Help & Support With Your Concerns
Speak with a Licensed Therapist
The information on this page is not intended to be a substitution for diagnosis, treatment, or informed professional advice. You should not take any action or avoid taking any action without consulting with a qualified mental health professional. For more information, please read our terms of use.