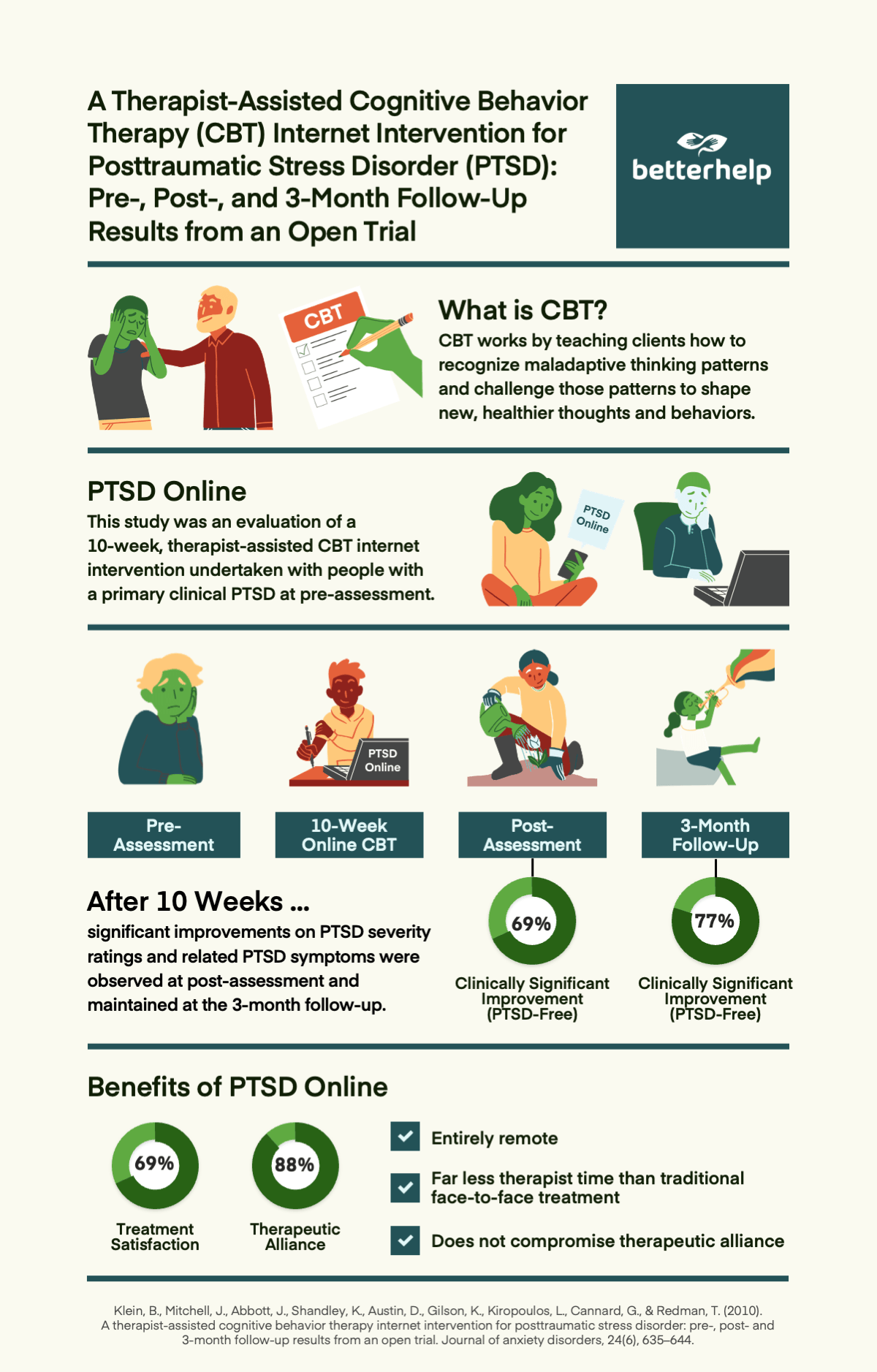 Post-traumatic stress disorder (PTSD) brings with it a wide range of symptoms and issues. Many times, we don't hear about PTSD until it has reached a level in people when they have become a danger to themselves or others. But, it is more common than most people realize. PTSD and paranoia are treatable mental health conditions, although they can take a dangerous toll on the lives of those who have them. This is why getting treatment is so important.

PTSD stands for post-traumatic stress disorder. It is a mental health diagnosis that is made in people who have experienced a traumatic event in their life. Many people instinctively associate PTSD with veterans who have served in war. In fact, according to the American Psychiatric Association, "PTSD has been known by many names in the past, such as ‘shell shock’ during the years of World War I and ‘combat fatigue’ after World War II." But veterans aren't the only ones diagnosed with PTSD. One in 11 people will be diagnosed with PTSD at some point in their lifetime.

Someone can experience symptoms from PTSD after any type of event or situation that was traumatic for them. It doesn't even need to be something they experienced personally. It could be something that happened to a loved one that caused them trauma, such as the murder of a family member. PTSD can develop in people who have experienced the following: war, accidents, abuse and other crimes, natural disasters, terrorist attacks, and rape or other types of assault. 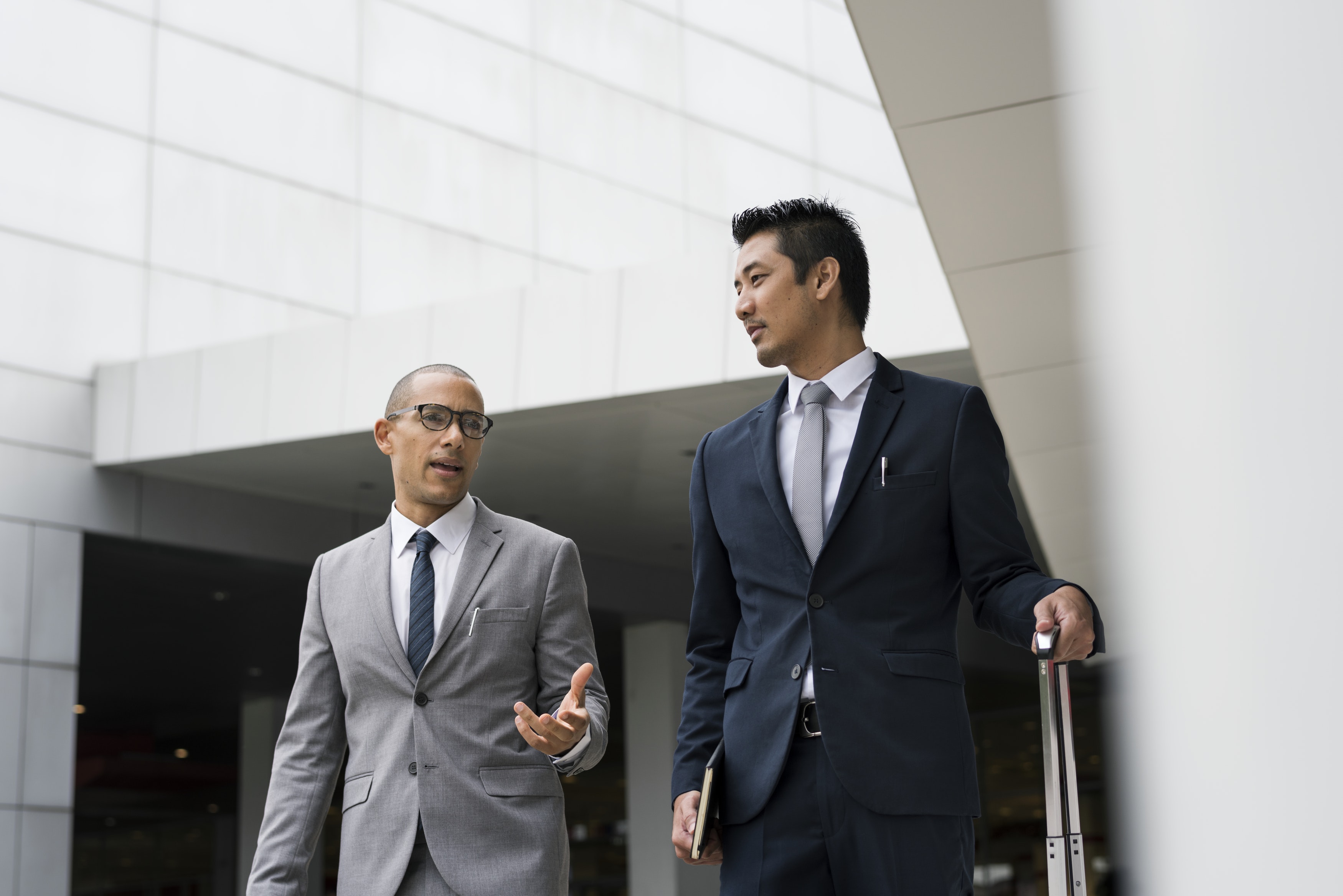 The symptoms of PTSD can vary from one person to the next. Some people may have them more severely than another.

The symptoms are split into four different categories:

After traumatic events, people can experience ongoing negative thoughts and feelings. This could be thinking that there is no one they can trust or guilt and shame about the situation they experienced. They may lose interest in things they used to enjoy or deal with fear on a daily basis.

When someone has PTSD, they may have a difficult time not remembering the traumatic event, or the event may show up in their memory constantly and be something they have a hard time shutting out. They may experience nightmares where they relive the event over and over. Some people experience flashbacks where they feel that the situation is actually happening and that they are in the middle of it all over again.

Avoidance behaviors are when someone avoids a certain thing because it reminds them of the traumatic event that they don't want to relive. This could be certain people, a certain location, or even objects that are similar. Another way that people show avoidance behaviors is by avoiding talking about the situation with anyone. They simply want to do their best not to think about or be reminded of the traumatic situation they have lived through. 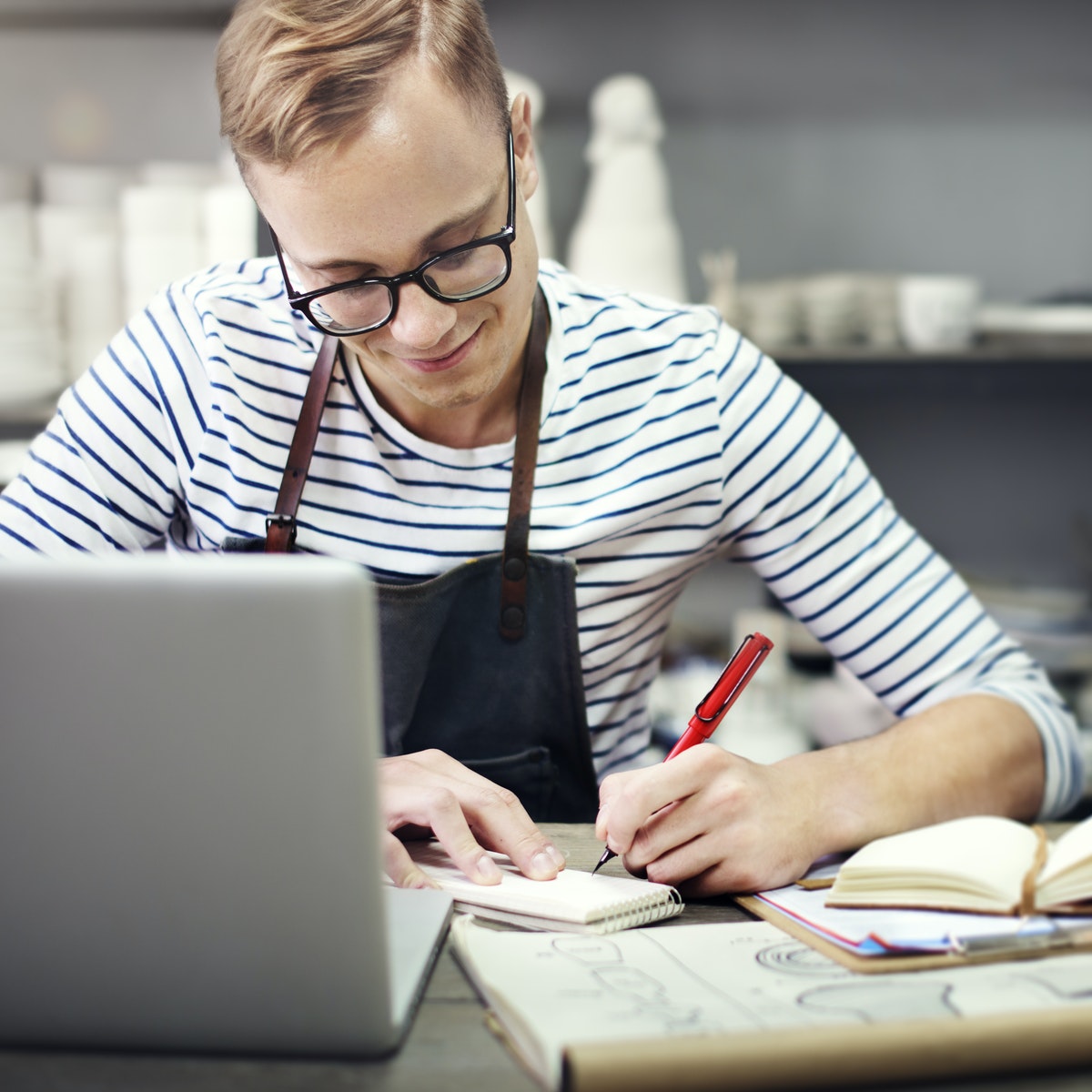 A person with reactive symptoms may experience increased irritability. They may have angry outbursts that aren't warranted by the current situation they are in. They may participate in self-destructive behaviors. These symptoms can also make it difficult for someone to sleep or concentrate.

PTSD takes some time to diagnose. The symptoms of it may not show up right away in a person's life after a traumatic event has happened. In general, symptoms will begin to show within a few months, but it could be years later before a person has these symptoms. Symptoms need to be present for at least a month before a PTSD diagnosis can be made. However, that doesn't mean that you should wait for a month to seek help and treatment if you have the symptoms described above.

When someone is paranoid, they have high levels of fear and anxiety. They are suspicious of other people and may believe that others are out to "get them". They may believe in conspiracies or feel that others are threatening them. When left untreated, paranoia can progress into delusions.

The symptoms of paranoia, like PTSD, aren't going to be the same in each person. The common symptoms include the following:

Everyone will deal with some level of paranoia in their life, but it becomes a problem when it is out of line with normal experiences. The main causes of paranoia are substance abuse or mental health challenges, such as psychotic disorders.

Those with hypervigilance are concerned about possible things that could happen in the future. They don't believe that they are currently in any danger. They also realize that the fears they are experiencing might not be rational. When someone has paranoia, they don't realize that their fears are irrational.

There are many similarities between paranoia and hypervigilance. Someone with PTSD could also have either of these mental health conditions. If hypervigilance is left untreated, it can lead to increasing symptoms of paranoia.

One study looked at the experiences that people had after being assaulted to see if paranoia and PTSD could be differentiated. The results showed that "paranoia after an assault may be common and distinguishable from PTSD but predicted by a strikingly similar range of factors."

It's not uncommon to experience symptoms of paranoia after you've been through a traumatic experience. Your entire outlook on life and people may have shifted. You may feel confused and not really know what to believe.

If you're experiencing paranoia in the midst of your PTSD, you will feel constantly on guard. It becomes hard to relax because you are constantly aware of your surroundings almost to the point where it's an obsession. It can impact your daily life because it takes up so much of your time. And, because it can cause you to think irrationally, it can make it difficult for the people who you're in relationships with.

Paranoia and hypervigilance can take a toll on your physical and mental health. It can impact your ability to work and your ability to maintain healthy relationships. It is not something to be ignored.

If you're dealing with PTSD, you already have enough symptoms to deal with. Adding any level of paranoia into the mix can make it that much more complicated to get back to feeling like yourself. So, if you find yourself experiencing paranoia while also dealing with PTSD, what are you supposed to do?

The first thing to establish is that it's very important to get treatment for PTSD. If you have PTSD symptoms after experiencing a traumatic event, whether it was a few days ago or years ago, it's important to get the help that you need. PTSD left untreated can continue to progress and cause you increasing anxiety and depression. And, PTSD has been connected with causing an increased risk of death from suicide. It is not something that you should delay getting treatment for.

There are many different forms of therapy and treatment that can be used for PTSD and paranoia. Some of the most commonly used include the following:

Cognitive behavioral therapy, or CBT, is used to help you learn to control your thoughts and behaviors. This is an effective form of therapy for those with PTSD because it doesn't focus on changing anything that is not within the control of the person. It teaches healthy ways to cope with situations and environments.

There are several types of medication that could be prescribed for you based on what your symptoms are. Antidepressants can be helpful for PTSD and anxiety disorders. Antipsychotics and mood stabilizers can help with symptoms of paranoia.

Please consult with your doctor or primary care physician before considering any medication options. 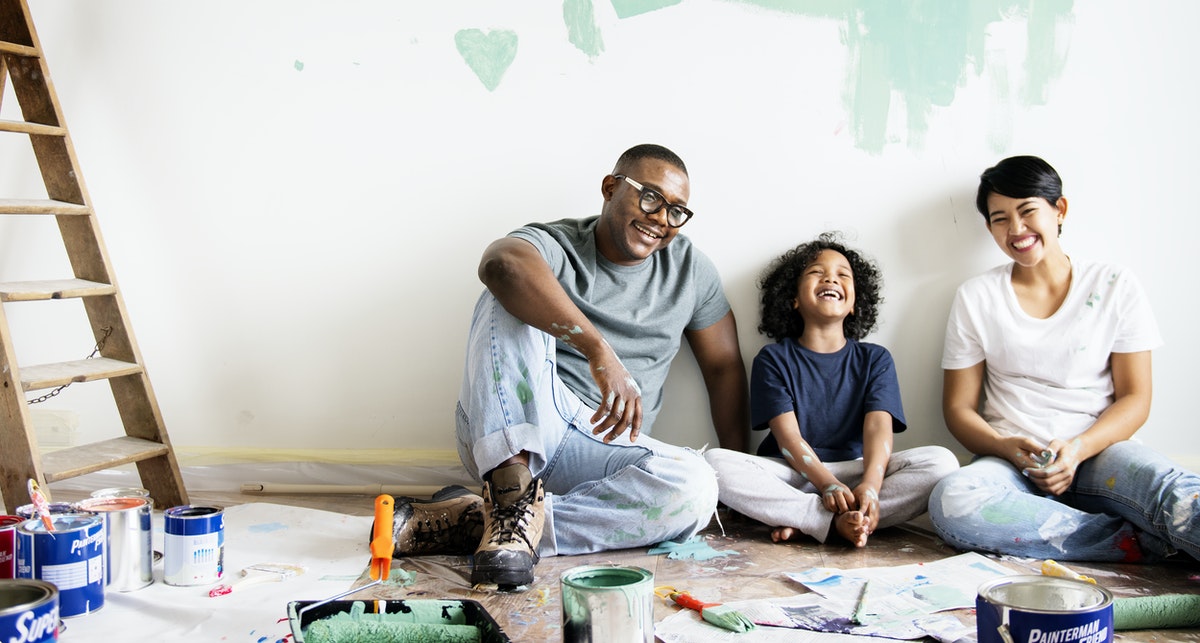 Exposure therapy is used to help reduce the type of response that you have when exposed to your triggers. This can be an effective form of treatment for those with PTSD but can also be difficult because it forces you to expose yourself to the things that you have a hard time with.

There are many other forms of therapy that can be used as well to treat your PTSD. For example, some people find relief through learning mindfulness techniques.

In general, many people find that a combination of treatments is what works the best for them. So, if the first thing that you try doesn't provide you with relief from your symptoms, then continue trying different treatments until you find what does work. Whatever you do, make sure that you seek help from a professional.

For PTSD and paranoia, you might want to seek help from a medical professional or mental health professional in person.

Online therapy can be especially useful if you’re dealing with trauma and don’t want to leave your home for treatment or can’t find treatment where you live. A study involving 126 women participants receiving either videoteleconferencing or in-person therapy for their PTSD symptoms showed that both groups saw a significant reduction in their symptoms. The study concluded that online therapy is comparable to traditional therapy and is also useful for treating depression and anxiety.

If you’re considering online therapy, consider BetterHelp. One of our online licensed therapists who is trained and experienced in providing therapy for those with PTSD can help you manage your symptoms. BetterHelp is both affordable and convenient. For more information on how online therapy can help you deal with symptoms of PTSD, read the following reviews of BetterHelp counselors from people experiencing similar issues.

Paula is wonderful. She has been here for me since day one, and I feel like she truly is in my corner. She is patient, kind, and is excellent in dealing with chronic trauma and PTSD. She teaches me how my brain works, how I can deal with my emotions (and that it's okay to have them!), and she is helping me process the things that happened to me. She had good insights, and levels with me very well.

Robyn was able to give me gracious doses of support, help and advice when I was going through a rough period of anxiety, stress, relationship and family issues, as well as emotional trauma and PTSD. She’s insightful and gave me tools to better understand myself and my situation. She is easy to talk to and helped me put things into perspective in a way I didn’t think about before. Thank you, Robyn!!!

Previous Article
The Link Between PTSD And Drug Abuse
Next Article
Is It PTSD? Car Accident Trauma
You Don't Have To Face Post Traumatic Stress Disorder Alone.
Speak With A Licensed PTSD Therapist Today
The information on this page is not intended to be a substitution for diagnosis, treatment, or informed professional advice. You should not take any action or avoid taking any action without consulting with a qualified mental health professional. For more information, please read our terms of use.