When we hear the term "toxic relationship," we often think about people who are unreliable, selfish, or unable to stay committed. In extreme cases, these behaviors can turn into verbal, physical, or emotional abuse. Furthermore, statistics show that, in most cases, male partners are more likely to display these negative behaviors, which prompts the question: Why do some girls like jerks? Do You Seem To Keep Finding Yourself With Jerks?
Find Out Why. Chat With A Board-Certified Relationship Expert Npw.

Before we discuss that question in more detail, let's look at what makes a guy a so-called "jerk" in the first place.

The word "jerk" is often used to describe someone who acts obnoxiously and treats others with disrespect. It's hard to understand why any woman would intentionally be in a relationship with a man who behaves this way, but people stay in unhappy relationships all of the time. In fact, a recent study showed that 64 percent of Americans are very happy with their relationships, which unfortunately means that approximately 36 percent aren't.

The term "jerk" is pretty broad, so you might hear it a lot. For instance, someone might say, "My boyfriend never washes the dishes. What a jerk." The same person might also say, "My boyfriend is such a jerk -- he always tickles me!" The same term can be used in two completely different contexts, so it might be difficult to distinguish between a playful boyfriend and a real piece of you-know-what. Be that as it may, let's explore why some girls actually prefer the latter.

A recent study suggests [JB1] [JB2] that women show increased desirability for jerks when they're looking for casual sex with no strings attached. In other words, when it comes to a long-term commitment, nice guys finish first. If you're a younger guy and you're not sure why some women aren't interested in you, this might be the reason. These women may not be looking for a serious relationship right now. Chiseled good looks are subconsciously associated with jerks, meaning women tend to favor these characteristics over submissive traits in times of heightened sexual drive.

It might seem odd, but that's because it is. Our bodies are so complex when it comes to hormones and our genetic make-up that we have a difficult time processing the way we feel about certain things and people. This doesn't mean that every woman on the planet is a sucker for chiseled cheeks and a sharp jawline, but there might be times when they prefer the jerk over the nice guy. Chasing and claiming a "bad boy" delivers a confidence boost that many women desire. Guys who act like jerks typically don't fall head-over-heels for women. Instead, these guys prefer the old "hard-to-get" strategy because it makes them appear less vulnerable. Even though these men won't give women the time and attention they often want, some women still crave acceptance from a jerk.

Now, if you're a guy reading this and you're wondering why this makes no sense, we can't say we blame you. However, it's true that some women enjoy the challenge of pursuing a guy who doesn't seem to be interested in them because it creates a sense of tension that often leads to intense feelings of desire. However, it's important to note that these dynamics don't create the foundation for a healthy relationship.

If you're a guy reading this article, you might feel a bit frustrated, especially if you're not a jerk (in which case, we applaud you). That is completely understandable, and there's also hope. As mentioned previously, evidence shows that, later on in life, women value kindness in potential partners when they're ready to create a fulfilling, long-term relationship.

Some girls like jerks because they believe they'll be the ones to change the jerk's behavior for the better. When these women see a guy who appears angry and disrespectful, they want to change this man into a more passionate, caring person. Unfortunately, this is rarely possible because most people won't change unless they actually want to change. Nonetheless, some women find themselves attracted to the "bad boy" personality for this reason.

This can also explain why some women stay in toxic relationships. Somewhere deep down, they hold on to hope that their significant other will change one day. This typically ends in one of two ways: either the man eventually changes, or he keeps acting like a jerk. If this leaves you scratching your head and wondering why some women want this, know that society plays a role. We've all heard the story of an angelic, caring woman who fixes or saved a cruel, cocky bad boy; just look at the movie Cruel Intentions for an example. This doesn't excuse the behavior or the drive, but it does help to explain why it exists. 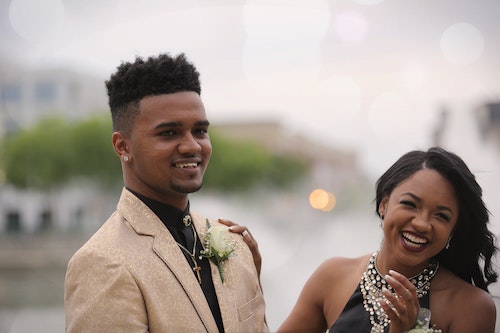 Do You Seem To Keep Finding Yourself With Jerks?
Find Out Why. Chat With A Board-Certified Relationship Expert Npw.

Sometimes, dating a jerk is more about adding a little excitement and unpredictability to life. An unreliable, transient partner delivers this and more. Toxic behavior manifests in many ways, and it can quench the everlasting thirst for the excitement that some women desire in a relationship.

While some women want a simple life where they get to come home after work and relax with their significant other every night, other women want the exact opposite. These girls enjoy the inconsistent rollercoaster of emotional turmoil that comes with dating a jerk because they find it quite exciting.

5. Sometimes, Jerks Are the Only Ones Available

If you ask the majority of women what they want in a man, they'll say they're looking for a good guy. This usually means they want a handsome man who can satisfy them in every possible way, while simultaneously supporting them emotionally, mentally, and financially. Of course, this perfect man can be difficult to find, and the rare men who possess this desirable combination of traits are usually taken.

If they can't find what they want, women looking for a relationship will typically seek an alternative. They might consider men who have some of these characteristics, making trade-offs as needed. In some cases, it all boils down to good looks. The rush of meeting an attractive man might have more of an impact than meeting a man who is simply nice.

Under no circumstances should you ever feel like you need to change who you are to attract the woman you desire. In fact, if you want to find a happy relationship, aim to be as authentic as possible. The only thing worse than a jerk is a man who is untrue to his character.

Women who like jerks know one when they see one, so it's pointless to pretend to be one if you're really a nice guy. In addition to that, you shouldn't feel ashamed for being a nice. Eventually, you'll realize you can easily attract women who appreciate your kindness.

There are plenty of fish in the sea. Don't waste your time and energy sacrificing who you are just to win someone over. If you're a guy who believes women should be treated with love, compassion, and respect, give yourself a pat on the back and stay that way. [JB3] Remember, being with a jerk isn't a good reason to suffer through a traumatic relationship. If your relationship is toxic, know that a jerk probably won't change and his other characteristics aren't worth sacrificing your mental and emotional health. Furthermore, if you're in a relationship like this, speaking to a therapist can help, and BetterHelp is here for you.

We offer discreet online counseling with our team of licensed counselors. No matter how bad things are with your significant other, they're equipped to help you through your relationship issues. Forget the headaches and the long drive to a counselor - you can access our platform from the comfort and privacy of your own home (or wherever you have an internet connection).

Below are some reviews of BetterHelp counselors from people experiencing a range of relationship issues.

"Mark is an amazing therapist. He listens so well and has such valuable insight on male and female perspectives and issues while also not passing judgment. I have only just begun, but he has already given me so many great takeaways to improve my relationships and situations. I am filled with gratitude, and I would highly recommend him to anyone!!"

"Celine is absolutely wonderful and has been instrumental in helping me through some difficult times with my relationships, handling anxiety, and my depression. I can't say enough great things about her or BetterHelp. It's amazing to be able to send off a message to someone I trust so much when I'm feeling like I need to get something off my chest, and Celine in particular is very engaged with me. She also asks how I'm feeling if I haven't checked in for a bit, and that's an amazing feeling. Her insights always give me another angle to look at things from, which is really excellent coming from a person who prides themselves on being able see all sides of things. I can't say enough great things!"

Odd as it may seem, some women prefer being in a relationship with a jerk. If you're concerned you might be one of these women and your relationship choices are having a negative impact on your life, you may want to speak to a counselor. Alternatively, if you're a great guy, remember that you don't need to change a single thing about yourself. A fulfilling relationship is within reach - all you need are the right tools and a deeper understanding of yourself. Take the first step today.

Previous Article
5 Signs She's Cheating On You
Next Article
3 Satisfying Ways To Get Revenge On Your Ex
For Additional Help & Support With Your Concerns
Speak with a Licensed Therapist
The information on this page is not intended to be a substitution for diagnosis, treatment, or informed professional advice. You should not take any action or avoid taking any action without consulting with a qualified mental health professional. For more information, please read our terms of use. 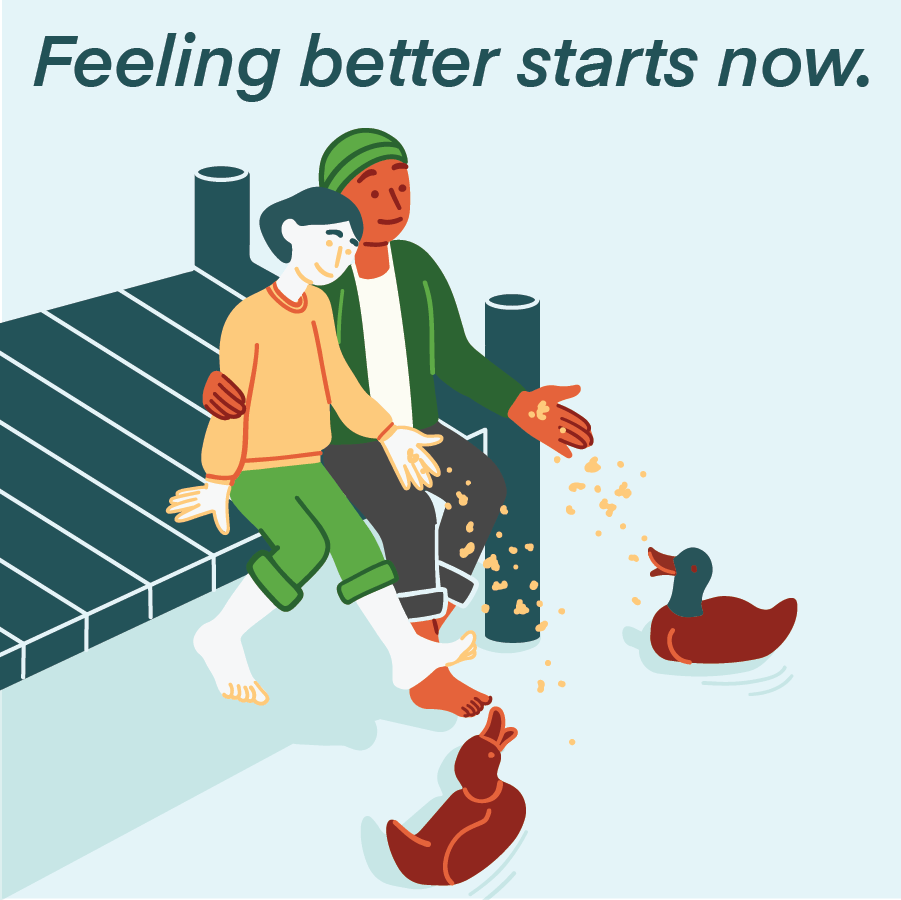