6 Tips For Encouraging Teamwork In The Workplace 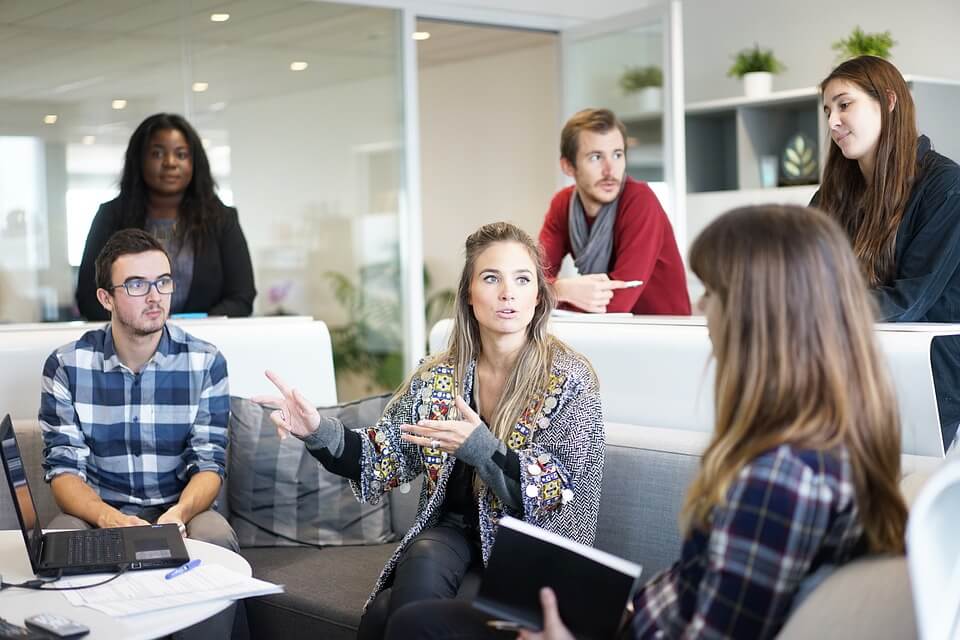 Teamwork in the workplace is so important for a variety of reasons. For one thing, teamwork can help you get your work done faster and on time. For another, teamwork can improve morale and, if you're lucky, it might even lead to the formation of friendships, some of which can last a lifetime.

What follows is a list of six tips that can help guide the efforts the members of your team make to ensure that everyone works well together to achieve the main objective.

The key to having a successful relationship, whether it's a professional or personal one, is communication. Without clear communication, the relationship is bound to fall apart. So how can you encourage your team to be better at communicating?

On that last point, it may seem like a no-brainer, but this is a common source of grief. Make sure everyone's titles, or at least their responsibilities, are clearly defined. For instance, a "team leader" may not realize that some things are their responsibility, or they may not realize that they have certain authority, like doling out tasks to their team members. Make it clear from the start exactly what everyone should be doing, and when.

Tip #2: Stress The Importance Of Being Accountable

Everyone must be made aware of and understand the standards the company expects them to meet. And, when they don't meet those standards, the appropriate steps should be taken immediately to ensure that they are given all of the tools they need to improve going forward. Constructive criticism should be given when necessary and promptly.

When offering a team member constructive criticism, the key is in the approach. When you think "criticism," you probably think of negativity. Instead, turn that frown upside down and focus instead on how that individual can improve, and the benefits that come from such an improvement, as well as how the other members of the team can help that individual meet the goals set for him or her in their performance review. 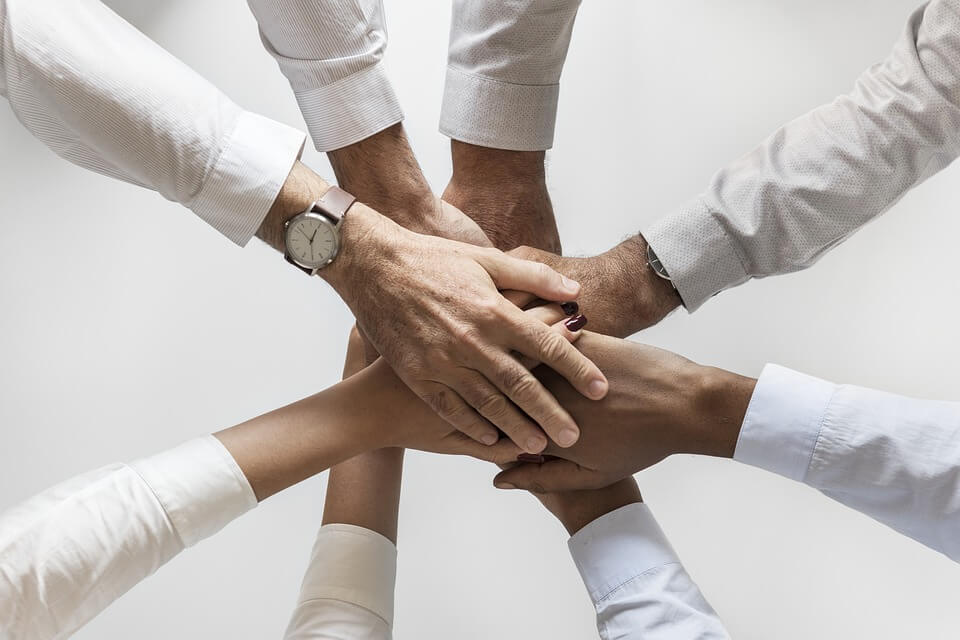 Tip #3: Never Underestimate The Power Of A Good Reward

There's so much you can do to attempt to improve a team's morale, but there is no better motivator sometimes than the power of a great reward. For instance, you can preach to your team for hours about how what they're doing matters, and how they'll feel like they have truly accomplished something when the goal at hand is met. But, offer that same team extra vacation days if they can wrap up a project earlier than expected, and you'll never see a harder working team!

The happiest of teams didn't always get that way because extra money was thrown their way. Sure, bonuses and raises can be nice but, let's be fair: most of us learn to live outside of our means, and we'll find a way to keep doing that even when we're given more money. You know what doesn't get old, though? Extra time with family members, or even simply a heartfelt "thank you. You did a good job."

So many teams are bombarded with projects, and when one project ends, they're expected to move right on to the next one. Take just a few minutes, the equivalent of the 15-minute break they'd be taking anyway, to call a meeting for the sole purpose of thanking your team for their hard work and a job well done.

Sometimes, the only way to tell a dissatisfied employee is when they're handing you a resignation letter. Show them that you care and that what they do matters and thank them for their hard work. After all, they may have dedicated many extra hours that could have been spent with their families to getting this project done. Don't you think that at least deserves a "thank you"?

Tip #4: Resolve Conflicts As Quickly As They Start

No one is going to get along 100 percent of the time and, chances are, there are probably two people on your team who aren't exactly fond of each other. And when you're stressed out, working on a project, and especially if you don't like one of the people with whom you're working on that project, tempers can flare and conflicts can happen.

Sometimes fights are a good thing, as they can help to relieve stress. But if your team isn't willing to kiss and make up, so to speak, then you need to help them along, and you must do so sooner than later. You don't want communication to break down (as mentioned in tip #1, it's perhaps the most important part of the team), and you certainly don't want your team to be at odds with each other. That's the surest way to not work together as a team.

Don't encourage them to make up with a handshake. That won't cut it if there is a serious disagreement at hand. Hear each party out and offer ways in which you and the rest of the team can help. If it's simply a clash of personalities, perhaps consider assigning one of the two to a different project on either a different team or as a solo project. First, explain your intentions clearly, though, as you don't want anyone to feel as if they're being singled out.

Tip #5: Make Active Attempts To Bond During Your Off-Hours Sure, if the team has been working a lot of overtime to complete a project, the last thing they'll want to do is see more of each other after-hours. They would rather spend time de-fragging, or with their families. However, some of the strongest bonds form among teams who do more than just work together. The best teams play together as hard as they work.

Schedule an outing one weekend for the whole team to go out to dinner, coffee, a movie, the theater, an arcade - something fun that has absolutely nothing to do with work. Give them a chance to let down their hair with each other and get to know each other better. This can build a good sense of teamwork in the sense that once you get to know your coworkers and maybe even start to care about them outside of work, then you will do everything you can to help them achieve their goals inside of work.

For instance, suppose you find out during one of these outings that one of your team members is struggling to make ends meet, and that he works so many overtime hours because he's trying to make sure the project comes out right so that he doesn't lose his job. You may feel more inclined to stay after-hours with him to help him get it done so that it gets done right and he doesn't have to worry that his job may be in jeopardy.

Tip #6: Lighten Up On The Micromanaging

If you want your team to be responsible and get their job done with minimal or no hand-holding, then you have to stop holding their hands. Peering over someone's shoulder is the surest way to keep him on edge and interfere with his ability to focus on the project at hand. You must be able to respect your team enough that you can give them all of the resources they need to get the project done, as well as a deadline to get it done by and leave them to their own devices.

If you don't want your team to act like children, then don't treat them like children. A team is only as good as its leader, and if you put yourself out there as a leader who has enough confidence in his team that he doesn't feel the need to monitor every little thing his team is doing, your team will respect you for that, and it will show in their work.

Are you finding it difficult to motivate your team? Need some more tips on how to fuel positive teambuilding in the workplace? Our counselors at BetterHelp can offer you guidance and advice on how to make your team one of the most cooperative teams in the business.

Previous Article
15 Teamwork Activities For Any Group
Next Article
Teamwork Makes The Dream Work: Investing In Teams
For Additional Help & Support With Your Concerns
Speak with a Licensed Therapist
The information on this page is not intended to be a substitution for diagnosis, treatment, or informed professional advice. You should not take any action or avoid taking any action without consulting with a qualified mental health professional. For more information, please read our terms of use. 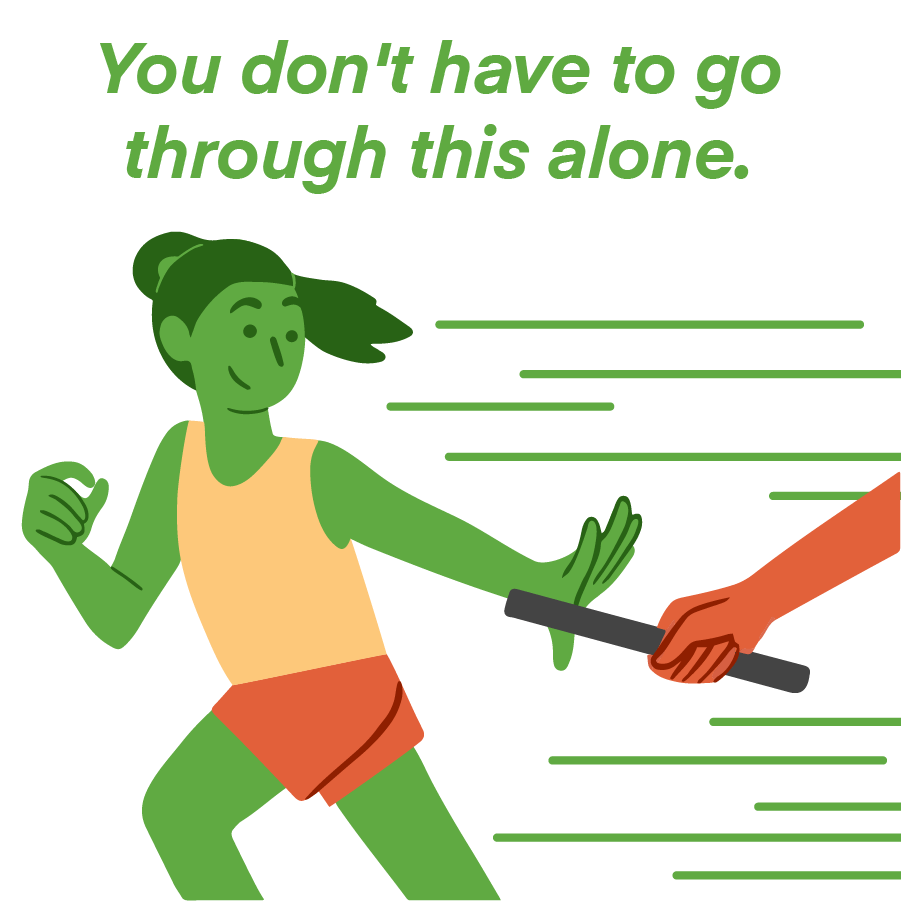