ADHD, Depression, And The Link Between Them

For those who have ADHD, depression is seldom a stranger. On the other hand, it is not very common for very young children to be diagnosed with depression, although that doesn't mean that they might not experience a precursor of that condition. As for adults who have ADHD, a startling number of them report feeling depressed sometimes, and a clinical diagnosis is not uncommon. This begs the question: are people who have ADHD more inclined to develop depression, or is this seeming connection entirely coincidental?

In brief, attention deficit hyperactivity disorder, or ADHD, is a condition that affects a person’s ability to pay attention, control their impulses, sit still, and sometimes manage their behavior. Scientists don’t know for sure what causes ADHD, but they believe that a combination of brain chemistry, genetics, and environmental factors, including exposure to toxic chemicals during early childhood, brain injury, and low birth weight, could increase the likelihood of developing it.

This condition is usually detected when the individual who has it is relatively young. If you suspect that your child may have ADHD, then the best thing for you to do is to get them evaluated by a specialist who can make a diagnosis after administering a series of cognitive tests and observing the child in various situations.

Symptoms of ADHD include: 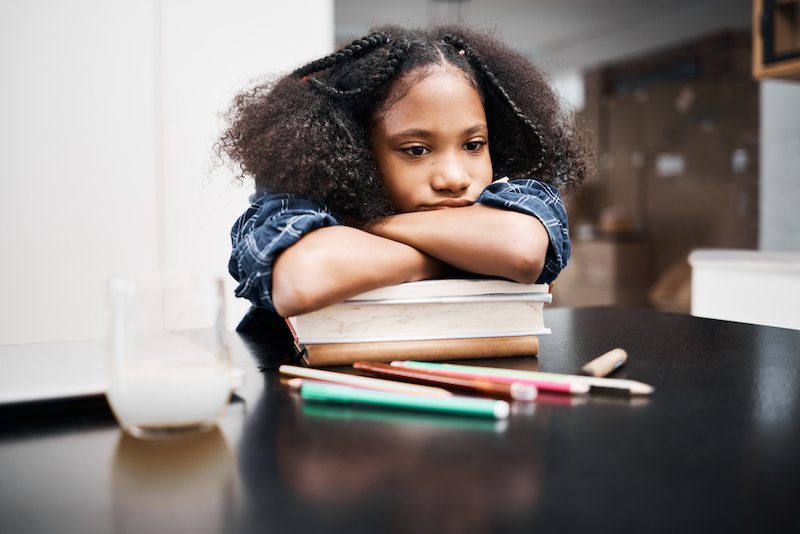 Are You Living With ADHD And Depression Together?
Therapy Can Help You Deal With Them Both

Depression is a mental health disorder that affects 17 million adults and 2.7 children aged 3 to 17 in the United States. It is usually characterized by a loss of interest in activities or a mood that is persistently glum or negative. It can potentially cause significant impairment in daily life.

When it comes to depression, it is important to understand that there's a difference between feeling unhappy for one afternoon or a couple of days in a row and being diagnosed with clinical depression. Those who are feeling momentarily unhappy can still usually function in their daily lives. Someone who has clinical depression might feel too despondent about going to work, pay bills, or do other tasks that are essential to their lives. This sort of depression can be deep, lasting, and go on for days or weeks at a time if it is left untreated.

Symptoms of depression include:

How Are Depression And ADHD Related?

At first glance, it would seem that one of these conditions might not have much to do with the other. If you have depression, then you may feel low, and may not want to engage with the world or anything in it. You could withdraw and struggle to interact with anyone, even your loved ones, and closest friends.

When you have ADHD, on the other hand, you may be capable of going out and being sociable. You can go to class or work, in the case of adults with ADHD. The hardships usually come from a lack of concentration skills.

Depression and ADHD don’t always happen together, but it is entirely possible for a person to struggle with both conditions at the same time. When this happens, doctors call it comorbid or co-occurring conditions. Some symptoms of depression overlap with those of ADHD, so it can be hard to tell them apart. On some occasions, anger management issues and aggression could also be present.

When a child receives an ADHD diagnosis, it is a possibility that they may deal with depression at some point because of it. Since doctors now recognize this, they will likely have a talk with the parents about the possibility before it ever manifests itself. But what preventative action can be taken if doctors and parents both know that these periods may be on the horizon for the child?

One of the things that can be helpful for the child is to have some sort of coaching or therapy to assist them in dealing with their emotions as it relates to ADHD. Having the condition can easily lead a child to feel isolated from their classmates and the rest of the world. They might feel different, like there is something about them that sets them apart.

To constantly feel that way can be very upsetting for children who often want nothing more than to fit in with those their age. Getting to talk to a licensed therapist about that sort of thing can have a positive impact. 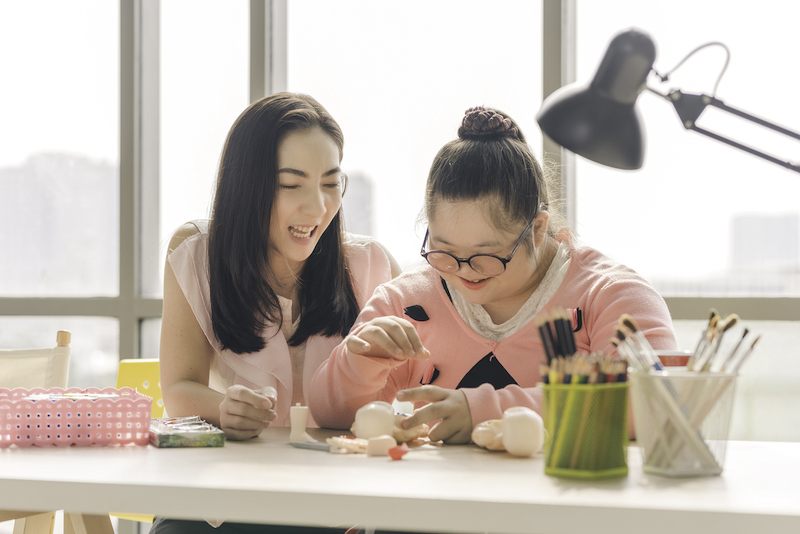 As for coaching, there are many individuals out there who can teach a child or a young adult with ADHD some new techniques that will better allow them to study and conduct themselves in class or other social situations.

Having ADHD is not a life sentence. The worst aspects of it can be mitigated when the person who has it possesses the tools to think differently. Getting out of their headspace or changing their way of thinking is something that can be taught. That's what ADHD coaches try to do. If you're looking for an ADHD coach, try to get a recommendation from your doctor or search the Children and Adults with Attention-Deficit/Hyperactivity Disorder (CHADD) resource directory.

Content Warning: Please be advised, the section below might mention topics that include prescription medication, abuse of medication, and addiction. The information found in the article is not a substitute for professional medical advice. Always seek the advice of your physician or other qualified health providers with any questions you may have.

Another way to improve symptoms of ADHD and the possible depression that sometimes goes along with it is through the use of various prescription drugs.

Stimulants are one family of those drugs that are sometimes employed. It might seem counterintuitive to give stimulants to someone who is already perceived as hyperactive, but the name stimulant actually means that these medications increase the activity of dopamine and norepinephrine in the brain. This, in turn, boosts concentration and reduces hyperactive and impulsive symptoms.

For those individuals who have both ADHD and clinical depression, antidepressants might be prescribed. Antidepressants can conceivably help with both ADHD symptoms and depression. The idea is to use them to “level out” chemicals in the brain that may be causing an unstable mood and give them a new baseline or equilibrium that will allow them to better function in the world.

With antidepressants, though, and indeed with any of the drugs that might be prescribed by a doctor in the case of ADHD or depression, the situation must be monitored very carefully by a healthcare professional, especially in the early going. No one knows how each person is going to react to the administration of these drugs. The physiology of each person is different, and what works wonderfully for one person might not at all for someone else. A doctor might prescribe a few different combinations of drugs before the right one is discovered. The patient should be watched closely to see if the medication produces unwanted or severe side effects. 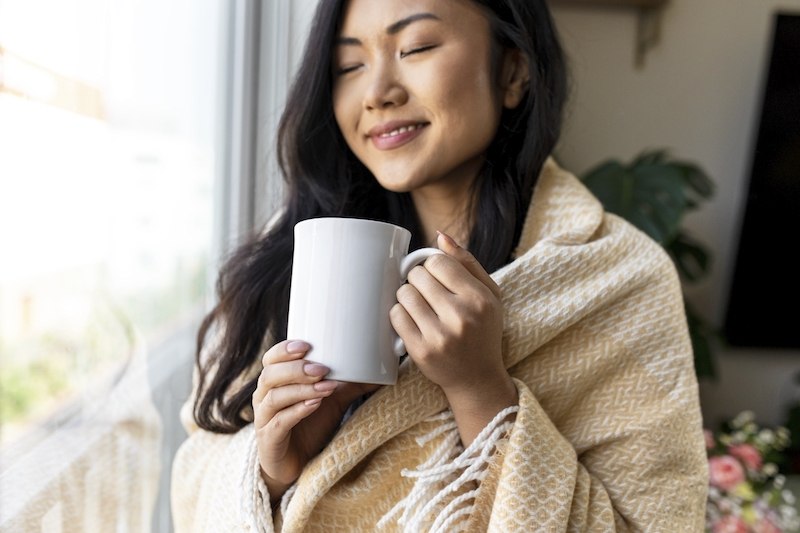 Are You Living With ADHD And Depression Together?
Therapy Can Help You Deal With Them Both

A Combination Of Therapy And Drugs

In most cases, ADHD, depression, and the behaviors associated with both of them can be most effectively held at bay through a combination of drugs and therapy or coaching. It can take a while to land on exactly the right combination, and this could be a frustrating time for the child and their family. But in time the child will hopefully land on drug dosage and behavior modification through therapy or coaching that will allow them to go about their daily routine in a non disruptive way.

Some Final Words On Depression And ADHD

When parents or guardians discover that a child has ADHD and the symptoms of depression that often accompany it, it can be worrying or saddening to them.

Be there to act like someone they can talk to if they feel frustrated or alone because of their symptoms. If they're thinking negative thoughts or having negative feelings because of their ADHD, commiserate with them and make it clear that you love and support them regardless of whether they struggle in school.

Keep in mind that children sometimes have no control over the way that they act or feel. It's up to you as the adult to find a way for them to get along in the world, and with the help of experienced medical professionals, there's no reason you shouldn't be able to do that.

At the same time, don't forget about self-care. Having a child with ADHD is not the easiest thing in the world, and there are plenty of options available for parents, including online therapy and support groups where you can talk about coping with the stigma, compare notes with other parents, and maybe learn some new techniques that might help your child.