Nicotine, ADHD, And The Links Between Them

Attention Deficit Hyperactive Disorder is linked to numerous things. Researchers continue to work to discover what exactly causes ADHD, and whether or not there is an actual cure for the condition. In the meantime, scientists, doctors, and research teams alike continue to uncover aspects of the condition that can be understood and predicted, in order to better understand the disorder, and how to best prevent and treat it.

Currently, the two most common treatment methods are cognitive therapy and pharmaceutical medication. Cognitive therapy includes simple talk therapy, and similar modalities such as Cognitive Behavioral Therapy, but could also include EMDR and trauma-based techniques to resolve any trauma or unresolved mental and emotional issues that could be lending themselves to the proliferation of ADHD symptoms.

Stimulants are usually the preferred form of medication for ADHD, as these are backed by consistent evidence that many of the compulsive, hyperactive, and inattentive behaviors characteristic of ADHD are quieted when the medication is in use. This method persists typically as it is not designed to reach the core of the disorder and cure it, but is a way to ease the struggle with some of its symptoms. 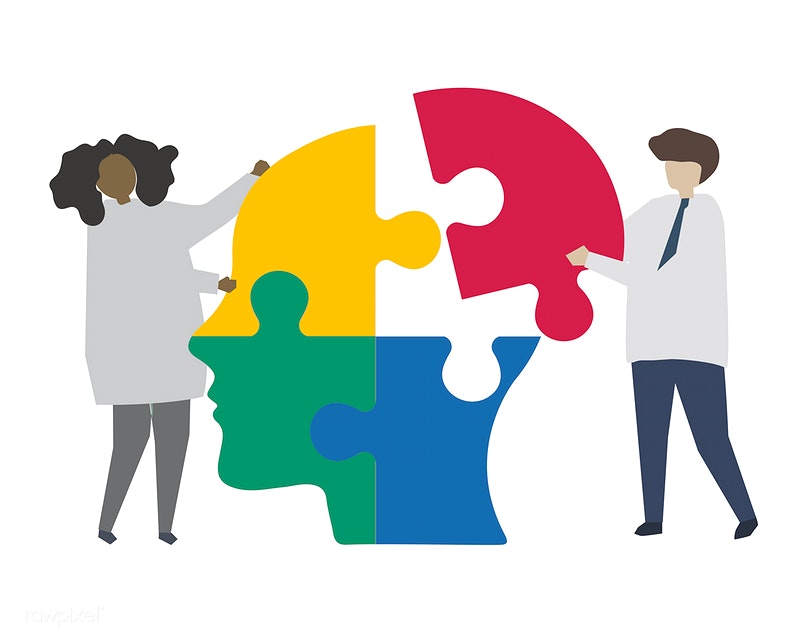 Family history plays a significant determining role in the development of ADHD. The exact "how" is not known, but there are causative links between certain family illnesses and ADHD, including a family history of ADHD and other learning or behavioral disorders. Problems in utero also play a role, as there have been links discovered between children with restricted growth and other problems in utero and the later development of ADHD. One of these problems is directly related to parental behavior in utero: nicotine use.

Doctors routinely discourage pregnant women from smoking, chewing, and using other forms of tobacco during pregnancy, as there are definite links between tobacco use in pregnancy and a host of complications, including premature labor, fetal complications, and even miscarriage. The same is true of nicotine, despite its reputation as being a safer alternative to tobacco. Because nicotine is habit-forming, there is also the risk of a child developing a dependency later in life.

In adults, there are countless health risks associated with nicotine use: the possibility of cancer, cardiovascular disease, toxicity, gastrointestinal harm, and the possibility of birth defects in pregnant women. Birth defects can be readily visible at birth, as is the case when a child is missing a hand, or has a cleft palate, or may show up later, as is the case in children with some muscular conditions and intellectual and behavioral disorders. Although nicotine is marketed as a safe alternative to tobacco use, it proves just as harmful for children exposed during development and has just as many risks involved for adults who smoke.

Nicotine and ADHD: Smoking and Beyond

Aside from pregnancy, there are other ties between nicotine and ADHD. Some studies have found that individuals with ADHD are more susceptible to addiction. Consequently, nicotine addiction has been found in higher concentrations in teenagers with ADHD than their typical peers. As a habit-forming substance, nicotine in this format should be avoided as a rule-particularly when it is not being supervised and administered by a health professional-but be especially damaging when ADHD is involved. 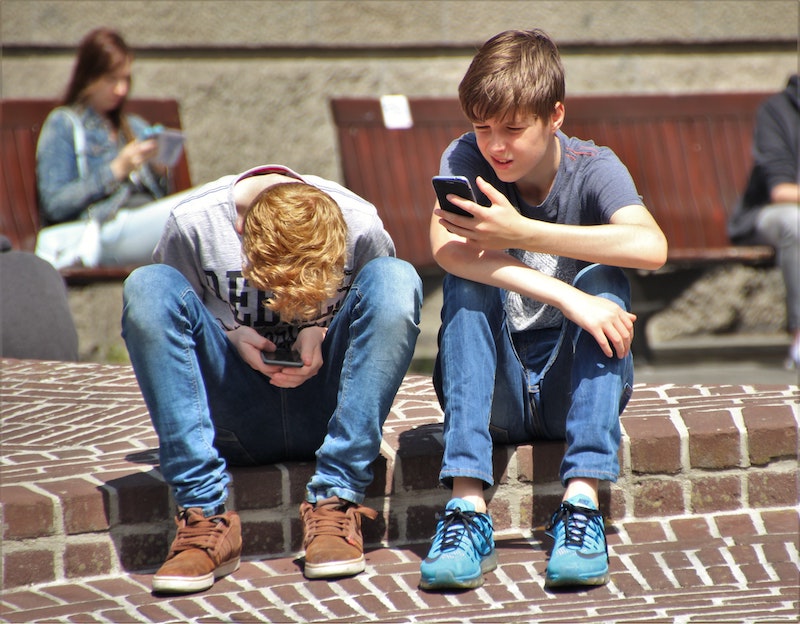 Despite this, however, nicotine has also been purported to have some value in the treatment of ADHD; like Adderall and Ritalin, the two most commonly prescribed medications for ADHD, nicotine is a stimulant and has a calming effect on some of the symptoms of ADHD. It is possible, then, that some people have turned to smoking as a form of self-prescription. One study determined that 40% of people with ADHD were smokers, compared to approximately 20% of the general population, suggesting that both self-prescription and predisposition to addiction could be at play.

Once study found that nicotine was not only an effective form of ADHD treatment, but provided the same relief without the side effects of standard treatment options. In this study, a man was given a nicotine patch to treat nicotine withdrawal and ADHD symptoms simultaneously, and the man in question (using the moniker "Mr. A") reported a decrease in both his symptoms of ADHD and his desire to smoke while wearing the patch.

Nicotine can be a slippery slope for ADHD. It has the potential to be harmful for people with the disorder, but also has the potential to help people with ADHD lessen symptoms. As a form of treatment, nicotine should be prescribed and administered by a mental health professional, as high doses can lead to harmful health effects, and are unlikely to produce safe, consistent, and useful results.

For people with ADHD, beginning nicotine use with a doctor at your side may yield the best results; your dosage can be tailored to fit your needs, and can be delivered transdermally, through a nicotine patch. This method is unlikely to be used with children any time soon, but may be an effective treatment method for adults struggling with difficulty focusing, impulsivity, and hyperactivity. Smoking does not deliver the same effects as a transdermal delivery, however, as smoking fails to provide a consistent, measured dosage of nicotine, and is habit-forming in its delivery. Smoking should never take the place of an actual prescription of nicotine, and could actually lead to adverse health effects, such as disease, and substance addiction-both things that can aggravate ADHD symptoms.

For individuals who have ADHD and are working to quit smoking, nicotine seems to be particularly helpful; it pulls double-duty working as a both an effective smoking replacement, and a means of treating ADHD. Because addiction is so powerful for people with ADHD, finding a reliable method of relieving addiction is another important tool to develop for ADHD treatment. Nicotine patches have been shown to significantly improve the outcomes of people with ADHD trying to give up smoking, and participants were able to stop smoking without dramatic withdrawal symptoms, or adverse effects, such as an increase in anxiety or depression symptoms.

The Future of Nicotine and ADHD

Because many studies have shown adverse effects when using nicotine, the substance should be used with caution, and should not be applied as a one-size-fits-all treatment source for ADHD. For people within a specific niche, however-in particular, those with either a smoking addiction and ADHD, or those who suffer from adverse side effects from standard ADHD medication-nicotine has potentially enormous value, and could replace other pharmaceutical treatment options in some populations.

That being said, the reality of nicotine dangers during pregnancy should not be ignored, and nicotine should be avoided in cases where the patient is pregnant, nursing, or is trying to conceive. While dosages might not be large enough to replicate the effect of smoking, the possibility for birth defects should not be compounded in someone whose medical history will already provide a predisposition to behavioral, developmental, or intellectual disorders. 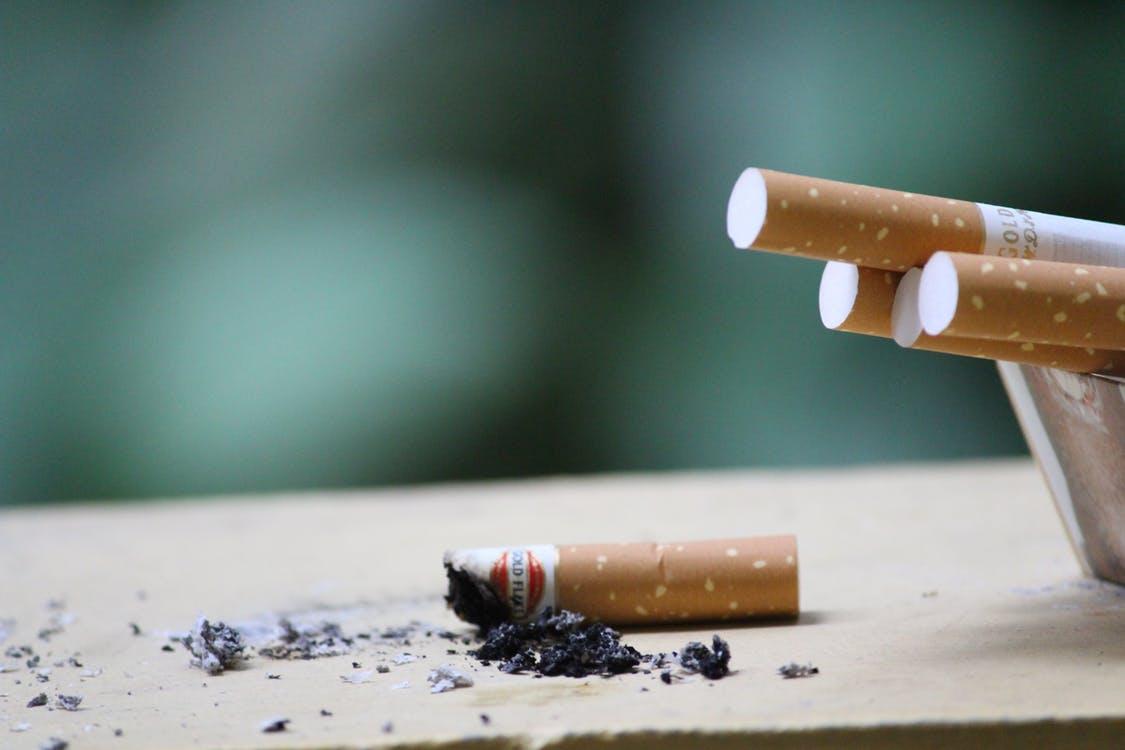 Teenagers seem to be particularly susceptible to the soothing effects of nicotine, and may be at greater risk for developing a smoking habit than people who have already reached adulthood without having a dependency on nicotine. Aside from regular monitoring, teenagers should be made aware of the possible risks and side effects to smoking, and may need to discuss changing the dosage, frequency, or medication altogether if they are still having difficulty concentrating, controlling impulsive behavior, and regulating energy. The quick effectiveness of a cigarette might prove too difficult to resist for a teenager struggling with this disorder.

Once people with ADHD begin smoking, quitting is actually more difficult to do than it is for those in the general population; as many as 48% of the typical population gives up smoking in their lifetime, while only 29% of people with ADHD successfully let go of the habit. Avoidance of trouble down the road may be one of the best reasons for avoiding nicotine altogether, unless it is administered in the form of medication designed to aid ADHD.

Nicotine and ADHD have several links, each of them distinct from the other. The substance can have a positive effect on ADHD, and may actually be a useful method to treat the disorder, while it can also aggravate ADHD symptoms, could actually be part of what causes them in the first place, and perpetuate a cycle of familial health issues. For this reason, nicotine should be treated as a volatile substance, requiring a therapist's guidance, a doctor's care, and supervision before use, rather than being regarded as a safe alternative to tobacco, or an alternative means of soothing ADHD symptoms apart from a doctor's orders.

Like so many things, nicotine and ADHD have a storied history and a series of contradictory interactions. As is often the case, moderation is the key in determining whether or not nicotine should be used with ADHD patients. This particular intervention does not seem to require high dosages to perform optimally, and could also function as a means of weaning patients from other, more problematic pharmaceutical treatments.

Previous Article
What Is ADHD PI?
Next Article
Repetitive Behaviors In Children With ADHD: Stimming And What It Means
For Additional Help & Support With Your Concerns
Speak with a Licensed Therapist
The information on this page is not intended to be a substitution for diagnosis, treatment, or informed professional advice. You should not take any action or avoid taking any action without consulting with a qualified mental health professional. For more information, please read our terms of use.