Advice Home > ADHD > What Is Inattentive ADHD? Understanding This Subtype

What Is Inattentive ADHD? Understanding This Subtype

Many of us are familiar with the term ADD and ADHD, but did you know there's more than just one type of this disorder? One subset, in particular, can often be overlooked, because the outward signs aren't as obvious, leaving some sufferers completely unaware they have it. This subtype is called inattentive ADHD.

For those diagnosed with the condition, the symptoms they suffer from can vary depending on a few different factors. If you're curious about your mental health, follow this link to connect with a BetterHelp online therapist, then continue reading to learn more about predominately inattentive ADHD. 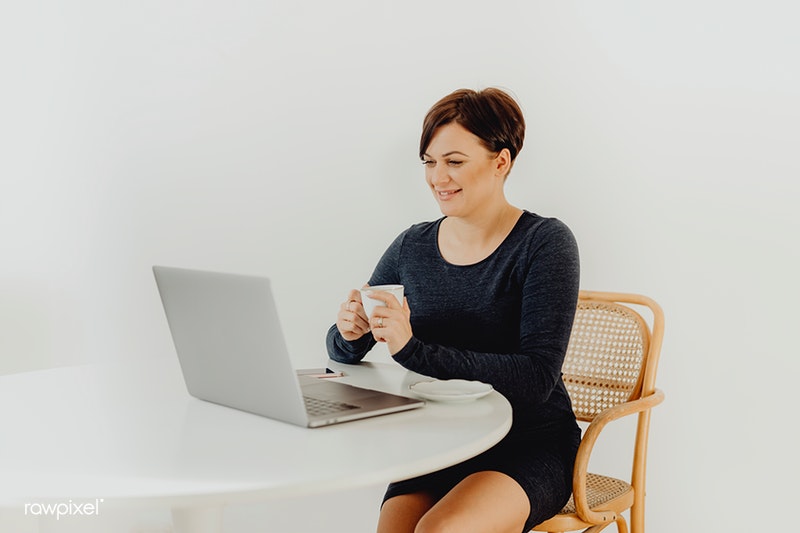 The neurobehavioral disorder of ADHD is divided into three subsets - hyperactivity/impulsivity, inattentiveness, and a combination of these. In general, thoughts of someone having ADHD often conjures images of a fidgety young boy, unable to sit still or of a talkative teenage girl, going on and on with her friends. While difficulty focusing and uncontrollable behaviors are synonymous with the hyperactive/impulsive subtype, the ADHD inattentive type can be more difficult to see as many who suffer this form do not openly display signs of a psychological problem.

Inattentive ADHD is commonly referred to as an internalizing disorder, where the afflicted person is easily distracted, strains to remember simple things or become so focused on something that they fail to pay attention to anything else. They are essentially battling within themselves to control their thoughts and feelings. Most of the time, this an internal struggle that is not expressed outwardly like traditional 'ADHD' behavior. This is one of the reasons why inattentive ADHD is diagnosed far less than the other subtypes. 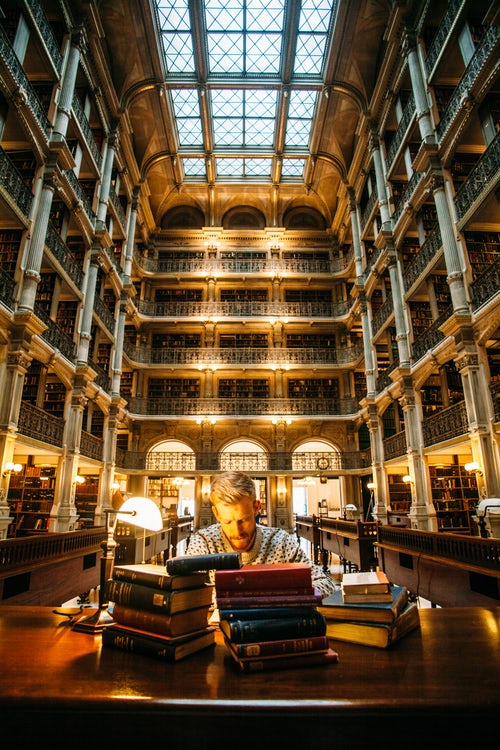 Not all traits of inattentive ADHD remain hidden, however. Noticeable examples can be seen in the mother that forgets an important item at the grocery store, even though that particular thing is on her list; or the college student that continuously misplaces his keys and needs help from a roommate to find them. Although forgetting something every now and again is normal behavior, if trouble remembering or paying attention is affecting one's daily life, inattentive ADHD may be in the works.

A form of hyperfocus can exist for inattentive ADHD suffers, where they focus so intently on a single task or emotion to the point they cannot switch their mindset to a different task or activity. The severity of this type can vary from mild to severe, and the rates at which it affects males versus females is still under review.

Brian, a student with inattentive ADHD, does okay in school, but only because he puts forth a lot of effort during class. He's able to focus on his work most of the time, but distractions make it difficult to stay focused on activities he doesn't enjoy.

Although school is going okay, Brian has been getting in trouble at home lately because of what his therapist refers to as 'hyperfocus.' Brian loves playing video games, and when he puts on his headset and zones into the screen, it's like he can hear and see nothing else. He neglects his chores and is irritable when interrupted.

Brian's parents think that he has a gaming addiction, but his doctor says it is ADHD-related.

As with other mental health issues, the symptoms associated with inattentive ADHD aren't the same for everyone. Several common ones include:

Presently, women and girls are twice as likely to develop inattentive ADHD when compared to the opposite sex. And males are almost four times as likely to exhibit the traits of the other two types (hyperactive or combined) compared to females, according to the National Institute of Health.

This highlights the growing risk women and girls face potentially succumbing to other health issues when their inattentive ADHD goes undiagnosed. Cases of females with eating disorders, anxiety, and depression have been documented at higher rates for those with ADHD, than those without. ADHD is also linked to mental illnesses such as bipolar disorder. 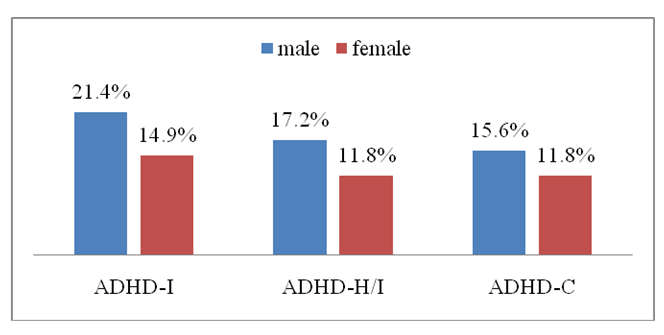 How Inattentive ADHD Is Diagnosed

Being assessed for inattentive ADHD can be quite a process. When a parent or individual is concerned about the sickness being present, the first step is to discuss the person's health with trained, certified medical practitioners. Observation of their symptoms is followed with medical examinations to rule out other potential health concerns that may or may not appear in conjunction with ADHD. This may include blood work, medical scans, and hearing, and vision tests to check for abnormalities.

Questionnaires are then administered to the child or adult facing this disorder. For this, mental healthcare providers refer to the American Psychiatric Association's diagnostic manual to evaluate someone seeking a prognosis.

The doctor or specialist base their findings upon the most current Diagnostic and Statistical Manual of Mental Disorders (DSM-V) to evaluate and assign a rating for the patient. The rating and questionnaire look at when a person's symptoms first manifested and how those symptoms affect mood, behavior, daily habits, and interactions. This is in addition to the practitioner interviewing with the family, friends, and those in close contact with the individual.

Primarily children are examined in this way, upon the recommendation of a teacher or caregiver, as they generally have the most amount of contact with the child and take notice of the signs. Testing will also focus on the child's learning ability, memory, and other cognitive functions.

For many adults diagnosed with ADHD, inattentive type in particular, only learn of their condition after their child has been evaluated, whereby the parent then recognizes they possess similar symptoms. Figures from the CDC (Centers for Disease Control & Prevention) estimate that nearly 10% of children are affected by ADHD, and by comparison, it is common in approximately 4% of adults.

As mentioned before, inattentive ADHD symptoms can disguise themselves, making an accurate diagnosis more difficult. A child endeavoring to complete a quiz may have an attention deficit, in that they currently aren't able to focus. Attention disorder means it's a chronic condition of their behavior, not just a random occurrence.

Of those diagnosed with ADHD, inattentive type sufferers have been known to create coping methods to help themselves remain alert, be focused, and behave well. This means doctors have to be thorough in their assessment, before ruling on the person's condition and recommending possible treatment options.

So what do you do when you or someone you care about routinely displays any of the inattentive ADHD symptoms? The first step is to be open and honest about your concerns so you can address them from a position of empowerment. It's challenging to hear you or someone you love may have a medical condition, but inattentive ADHD is manageable, and many people successfully learn to treat and live with the condition. 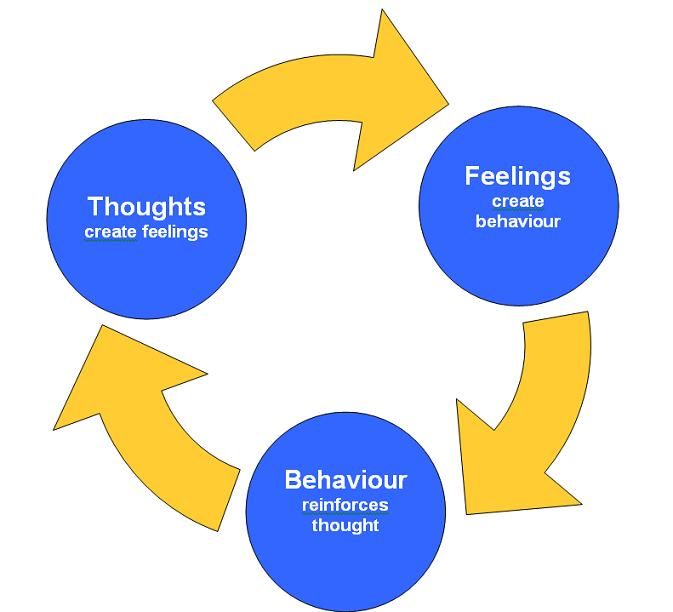 Behavioral therapy and therapeutic medicines are commonly prescribed for the treatment of attention disorders, but also are beneficial in treating comorbid conditions like depression and anxiety. This includes stimulant and non-stimulant drugs for both long-term treatment or short-term benefit. The doses and duration are dependent upon a host of several factors, so they must be monitored closely by your health provider. Side effects from the use of stimulants may include unfavorable changes in behavior, appetite, and sleep patterns, but are usually non-life threatening.

For those wanting a course of action without medication, there are several forms of behavioral therapy in use that provide effective results. Counseling and therapy work well for children and adults alike, as do education and personalized alternative options.

Talking through the aspects of inattentive ADHD with a therapist can bring a better understanding of the behavior patterns, making them easier to address and change. Similarly, parents often establish a reward system to help their child focus on traits of good behavior. Because dealing with ADHD day in and day out can be overwhelming, many parents of children with inattentive ADHD seek help from a mental health professional as well.

Even changes in diet, consuming nutritional supplements, utilizing chiropractic therapy, and establishing a structured routine can have a positive impact on the lives of those with inattentive ADHD and their families. Eliminating certain foods, including more omega-3's and exercising to maintain good health and weight, have been known to help. Developing the habit of hanging car keys by the door or placing eyeglasses on the nightstand are good ways to keep to a routine and avoid potential stress.

If you or someone you know exhibits subtle signs of inattentive ADHD, plan a visit to your doctor and start yourself on the path of an evaluation. Follow this link and BetterHelp will pair you with an experienced and caring online therapist.

What You Need To Know About ADHD Medication For Children

What Is ADHD Awareness Month?
For Additional Help & Support With Your Concerns
Speak with a Licensed Therapist Today