Adolescent Brain Development And What It Means 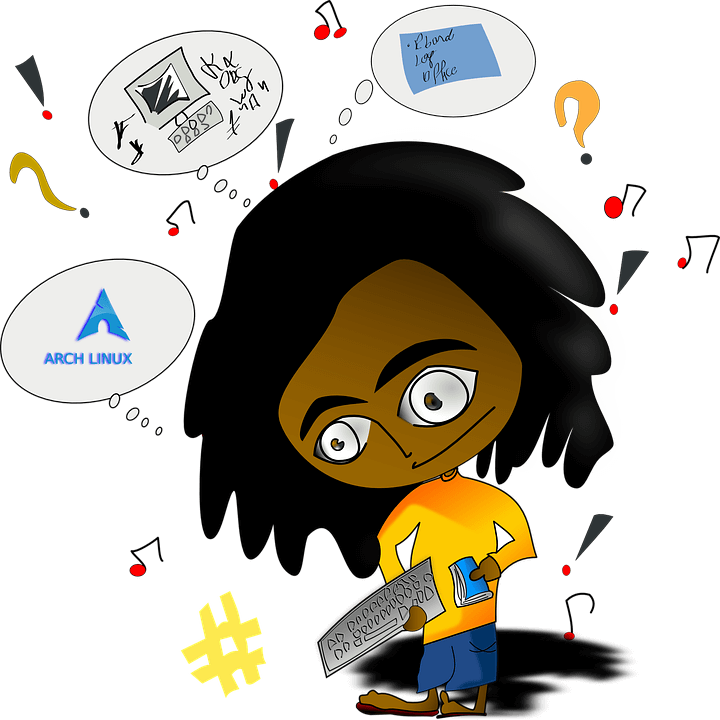 Trying to understand what's going on in the head of your teen can be frustrating and confusing.

You never know from one day to the next how he is going to behave!

One day, he seems so responsible, mature, like an adult. The next he does something so crazy and irrational that you wonder if aliens may have taken over his body during the night.

What Is Going On?

It turns out that there are some scientific reasons for the strange, unpredictable behavior of your teen. And we can understand this behavior much better by taking a look at adolescent brain development.

Your teen's body is changing rapidly, and her gray matter is undergoing some lightning-fast changes, too. These changes can have a profound effect on her choices and behaviors.

Let's take a look at what we know about adolescent brain development and what it means for you as a caregiver.

First of all, we'll examine what the process of brain development entails.

From birth, our brains are constantly evolving as neural pathways become stronger and communication becomes more efficient. As babies, our brains over-produce neurons and then throughout early childhood, some connections are strengthened while others are lost. You might think of this process as similar to that of pruning a tree: it grows stronger and produces more as certain parts of it are trimmed back. By the time a child is six years old, his brain is already 90-95% the size that it will be as an adult.

The same process happens again during the time just before puberty and extending until early adulthood. During this time, the brain is once again rapidly developing, strengthening those connections which are useful and ridding itself of others. 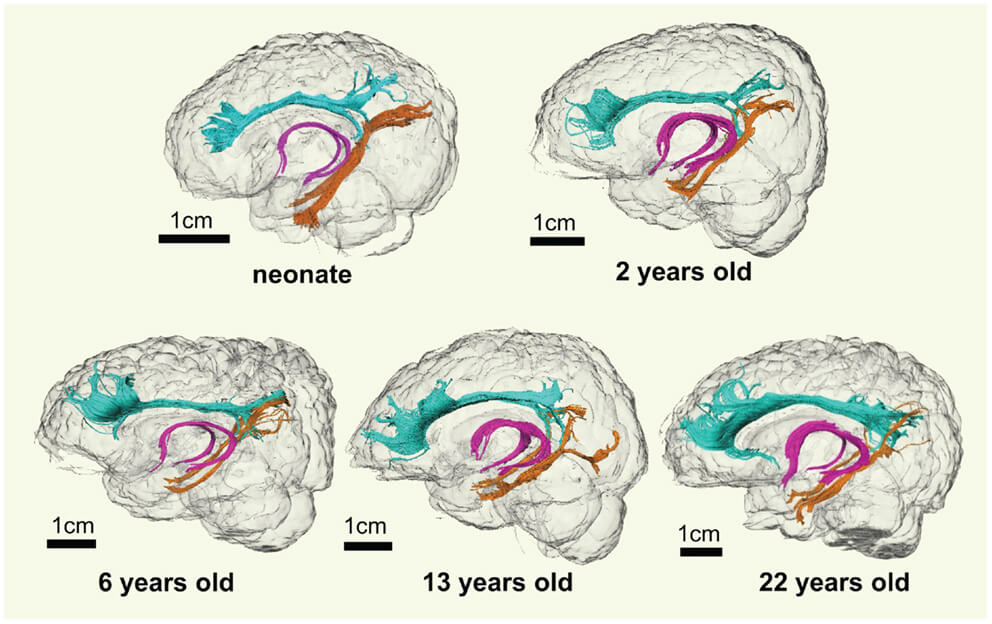 It's important to note that brain development happens through a sort of "use it or lose it" principle: if you use a particular piece of knowledge or skill set, then the neural pathways associated with it become stronger; but if you do not, then these pathways are never formed. This at least partly explains why students have difficulty learning a second language in the classroom after the age of 12; without the opportunity to practice, the brain does not create new pathways for this knowledge.

When you consider how quickly an adolescent's brain is still changing, it gives some insight as to why his behavior seems so erratic. (As well as why he might not be pulling awesome grades in French right now!)

But what is specifically going on with the brain development of your teen?

The emergence of MRI (Magnetic Resonance Imaging) in the 1970s has made it possible to learn things about the brain that we were never able to understand before. We can now observe how specific parts of the brain "light up" when engaged in particular types of tasks. We are also able to look at images of the brain at different ages and compare them.

Because of this technology, we can answer the important question: What is the area of the brain that undergoes considerable development during the adolescent years?

The answer is the prefrontal cortex.

While their prefrontal cortex is developing, adolescents must rely on other parts of their brain to make decisions, such as the amygdala. That part of the brain is associated with emotion, impulse, instinct, and aggression. The limbic system, fully developed in adolescence, plays a key role; it is responsible for reward-seeking behavior, motivating teens to seek out the social approval of their peers, as well as other emotional rewards.

As you can imagine, the discrepancy in the development of these different parts of the brain means that adolescents face a real challenge in making good decisions. Close as they are to a fully-developed adult brain, your teen can have rational discussions with you on mature topics. She can understand the nuances of various controversial issues and can sometimes appear more intelligent than many adults. However, without a fully-developed prefrontal cortex, teens are prey to their impulses and emotions and the quest for social approval. This makes even the most level-headed among them prone to making risky and dangerous decisions when they are carried away at the moment.

The consumption of drugs or alcohol can also impact the developing brain. Studies show that teens are more prone to binge drinking than adults, and more likely to become addicted.

The Impact Of Stress And Trauma

Because the teen brain is developing at such a rapid rate, it is especially vulnerable to the effects of trauma and stress.

Teenagers are at a greater risk of encountering trauma. Their risky behaviors as they seek to define themselves and achieve independence can often put them in conflict with parental or other authority figures. They may also encounter school or online bullying. Family trauma such as divorce or death can leave them in a vulnerable or uncertain position.

We now know that trauma has a negative impact on childhood brain development. In fact, it can slow the development of the prefrontal cortex, forcing adolescents to rely even more on their amygdala and limbic system. This can make it difficult for them to articulate their emotions or to explain their reasons for behaving in a certain way.

Some Words Of Caution

While these facts about their brain development can explain much of teen behavior, it's important to guard against generalization.

Even adults may often engage in impulsive or risky behaviors. In fact, statistics have shown that the age group at highest risk for death due to overdose or violence is between the ages of 35 and 54.

Within any age group, you will find a wide range of personalities and behaviors. It is not always helpful to make predictions about behavior based on defining features like age. Don't automatically assume that all teenagers are impulsive and reckless; many are not.

Advice For Parenting Your Developing Teen

In light of this knowledge about your adolescent's brain development, what's the best way to parent your teen?

The problem of teenage angst has been with us for generations, and there's no quick and easy answer. But here are a few general guidelines to help you navigate.

Your teen may come off as mature and sophisticated, and there might be moments where you think she can handle adult freedom. But don't be fooled. Without a fully developed prefrontal cortex, your teen is prey to instant gratification and the need for approval. It's not that she wants to make bad choices; it's just that sometimes she can't help herself. She needs a strong, healthy adult to give her the firm limits that she is unable to place upon herself.

Expose Your Child To Positive Activities And Influences

With a brain still under construction, the activities he engages in still profoundly shape his development. Pay attention to what he does with his time. If all he does is play video games, this is affecting his brain development. If he is busy with challenging but enjoyable hobbies like music, sports, or theater, these activities will also affect the way his brain develops as he enters adulthood.

Your teen has limited ability at this stage of development to regulate her choices and behaviors. Leaving alcohol, drugs or cigarettes within her reach is putting her in the way of temptation unnecessarily.

Teens need an outlet for impulsive and risk-taking behaviors. By allowing them to try out new experiences and activities, you give them the opportunity to embrace risk in a way that's safe and healthy.

Get To Know Your Child's Peer Group

When you're not with him, the behavior of your teen's peer group has a huge impact on his decisions and behaviors. Be aware of who he is hanging out with. 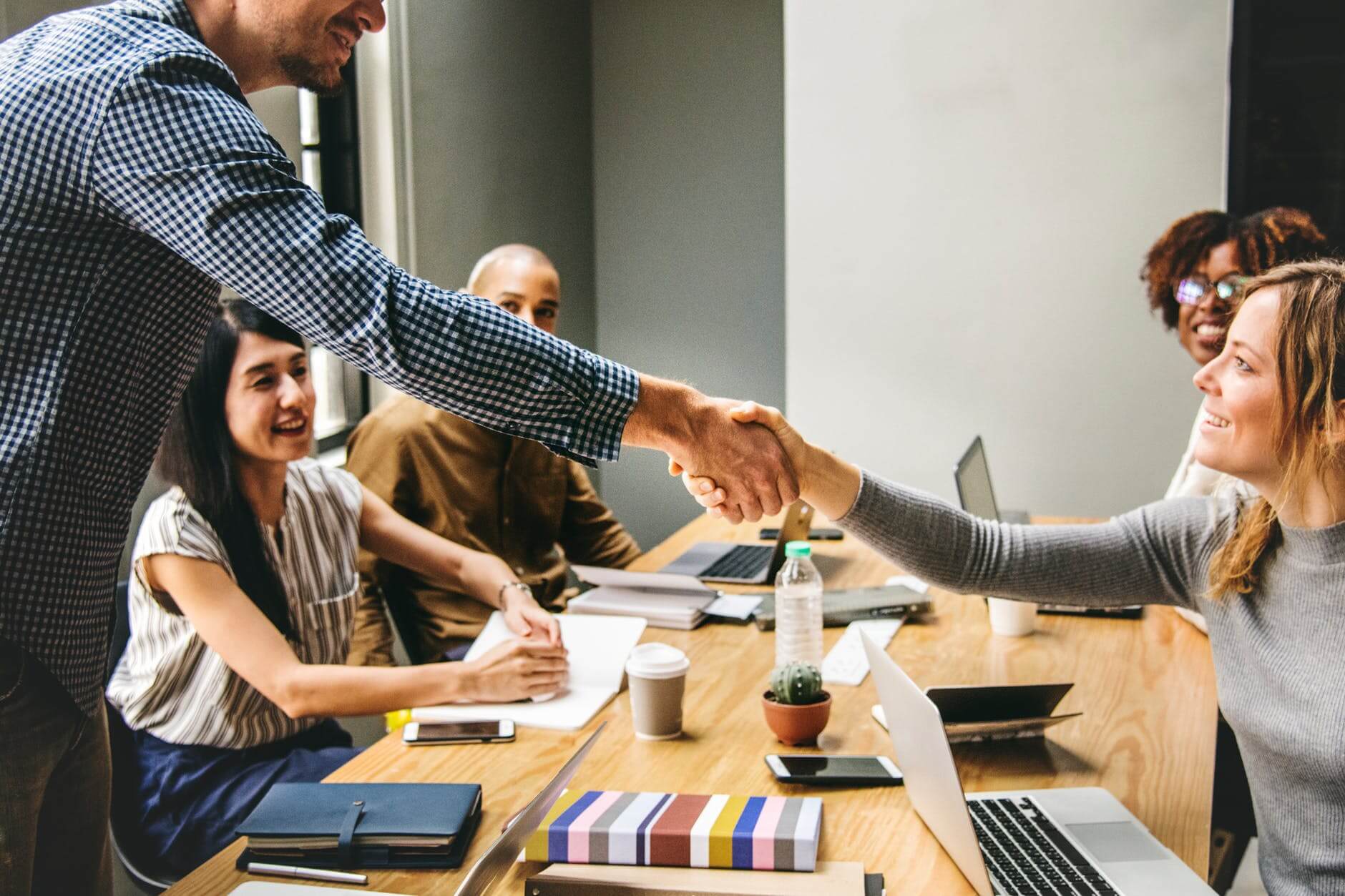 Assist Your Child In Finding Ways To Express Feelings Creatively

Without a fully functioning prefrontal cortex, your teen finds it difficult to articulate her emotions. Encourage her to find an outlet for her emotions through dance, music or writing.

His brain may not be fully developed yet, but he needs to know that you support his transition into adulthood. Teach him how to change a tire, cook a meal, and create a budget. These skills will increase his confidence in future success.

Between the struggles of growing up and the challenges of a brain under construction, parenting a teen is tough…and being a teen is even tougher. Don't hesitate to seek out the help of a trained therapist at BetterHelp if you need help with this difficult time.

Raising an almost-adult with an immature brain is not for the faint of heart! But remember, it's only temporary. And someday you'll miss the awkward teen your child used to be.

Changes To Expect In Late Adolescence

Adolescent Psychology: What Makes Teens Different, And How Can Psychology Help?
For Additional Help & Support With Your Concerns
Speak with a Licensed Counselor Today Cognitive Development In Adolescence: Why It’s Important To Know How Your Child’s Mind Works Changes To Expect In Late Adolescence Adolescent Psychology: What Makes Teens Different, And How Can Psychology Help? Adolescent Age Range And What It Means What Is Adolescent Egocentrism, And How Can I Deal With It As A Parent? 18 Areas Of Normal Adolescent Behavior
The information on this page is not intended to be a substitution for diagnosis, treatment, or informed professional advice. You should not take any action or avoid taking any action without consulting with a qualified mental health professional. For more information, please read our terms of use.
Your session is about to expire!