Coping with Eating Disorders in Adolescence

When it comes to adolescent eating disorders, such as anorexia nervosa, bulimianervosa, and compulsive or binge eating, early intervention is key. You want to get a handle on it while the child is young enough to stop a pattern of behavior before it starts, or shortly after that. Eating disorders can affect anyone at any age, but with early intervention, the chance that a person has of achieving long-term recovery significantly rises. 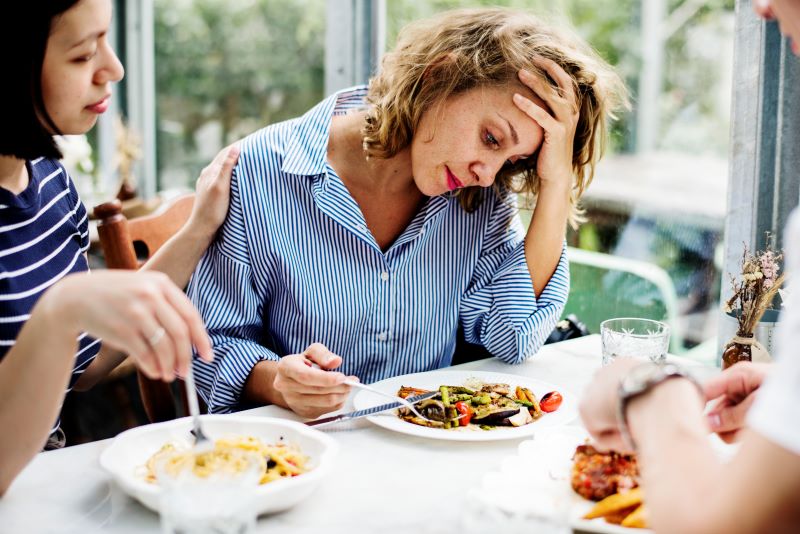 Are You Feeling Stuck At The Moment?
Get The Help You Need To Progress In Therapy

Anorexia nervosa, or anorexia, is an eating disorder wherein the person obsessively watches the number of calories and types of food they eat. Those with anorexia may have difficulty maintaining a normal weight due to the number of restrictions they place on their diets, which can lead to significant medical consequences.

People with anorexia tend to avoid food, exercise compulsively, binge eatsand purge by way of vomiting or using laxatives. Anorexia can affect anyone at any time, no matter their age, gender, race, or ethnicity. While anorexia is more typically found in adolescent girls, children and adults have been diagnosed as showing symptoms of anorexia as well.

Hollywood has shown anorexia in a much different light than how it appears in real life. Those who suffer from anorexia are not necessarily emaciated or obviously underweight. Overweight individuals may be long-term anorexia sufferers, though it is less likely that they will be diagnosed due to the cultural prejudice that exists against obesity.

Bulimia nervosa, or bulimia, is a more severe and potentially life-threatening eating disorder. Here, the sufferer eats a large amount of food in a short period, then immediately purges the food in an attempt to avoid gaining weight, usually by way of forced vomiting. Other methods of purging the food include excessive exercise and excessive use of laxatives and diuretics.

There is also the less common non-purging form of bulimia, wherein the person will engage in excessive exercising or fasting, which is avoiding food altogether. Here, the more typical forms of purging are not relied upon, but they may still be infrequently incorporated.

Often, those suffering from bulimia will binge and purge in private. Because of this, they may suffer from bulimia for an extended period before anyone begins to suspect anything. That is what makes bulimia so dangerous. By the time symptoms begin to appear, the sufferer may already be close to a medical emergency. At the very least, it may take longer to treat the condition, as the pattern of bulimic behavior has been given a longer time to develop.

In addition to attempting to control their weight, those who suffer from bulimia often turn to this behavior as a way of coping with a difficult situation or life change. Bingeing and purging allow them to feel a sense of control. Bulimia can also result from poor self-esteem or body image, abuse, or professions or other activities wherein a performance's appearance or performance is at stake, such as celebrities or athletes.

Causes Of Eating Disorders In Adolescence Eating disorders can affect both genders, but girls are more likely to suffer from one than boys are. If you notice any of the following in your child, boy or girl, then your child may be suffering from, or in the early stages of, an eating disorder:

Fear of food can be one of the easiest signs to spot in a child that may be developing an eating disorder, specifically anorexia nervosa or bulimia nervosa. It's right there in the name - "nervosa." Kids who fear eating foods that are high in fat may learn that they can control their anxiety by simply avoiding these kinds of foods altogether. This process of learning through avoidance is known as "negative reinforcement."

Because food is nourishment, and because we need it to both survive and think properly, those who do not consume the required number of calories each day can change their thought patterns. This is because the cells they need to produce energy are being starved, which can lead to changes in a person's brain chemistry. These changes can either create or contribute to food phobias and an inability to think clearly, particularly about a person's perception of his or her body image. Are You Feeling Stuck At The Moment?
Get The Help You Need To Progress In Therapy

Untreated eating disorders can produce significant consequences for the child later on, including medical complications and potential emergencies. This is because eating disorders are likely to get worse before they get better.

In addition to the support network provided by the child's family, the following medical professionals may also be consulted with regard to treating an eating disorder:

A psychologist or psychiatrist can provide the child with coping mechanisms designed to combat negative behavior, distorted thought processes, and any potential triggers that may have led to the eating disorder in the first place. Cognitive behavioral therapy is relied on often, as this type of therapy helps patients recognize their "triggers" and put their energies into developing positive coping mechanisms, rather than the eating disorder that may serve as a negative one.

When it comes to treatment, children recover at a more significant pace when their families are involved in their treatments. When a child knows he or she has familial support, and when family members pay attention to the coping strategies that are being taught in therapy and learn how to re-enforce them at home, this not only encourages the child to continue seeking treatment but also provides the child with an improved sense of self-esteem. They felt valued and loved, which can go a long way toward achieving long-term recovery.

Childhood obesity is certainly an issue in the U.S., and it is important that we pay attention to it and try to correct it. However, in certain respects, putting childhood obesity in the spotlight can have the reverse effect on a child to the point where he or she develops such a poor self-image and a tenuous relationship with food that it eventually leads to an eating disorder.

Just because a child is obese, this does not mean that he or she is guaranteed to develop an eating disorder later in life. However, the pressure that being obese puts on a child is significantly greater than if the child was a normal weight. Bullying, for example, is often worse for an overweight child, as it can affect his or her still-developing body image and self-esteem. A child who is regularly told that he or she is "fat" may feel "fat" forever, despite losing the weight later in life. This can lead to an eating disorder.

Couple bullying with the societal pressure that is put on children via social media, television, and magazines, and it is easy to understand how a child who is still developing his or her body image can be influenced into believing that he or she will never be skinny enough to be considered "normal." This can lead to the development of an eating disorder, as he or she will do whatever it takes to achieve a "healthy" weight - a number that may not be appropriate for his or her proportions. 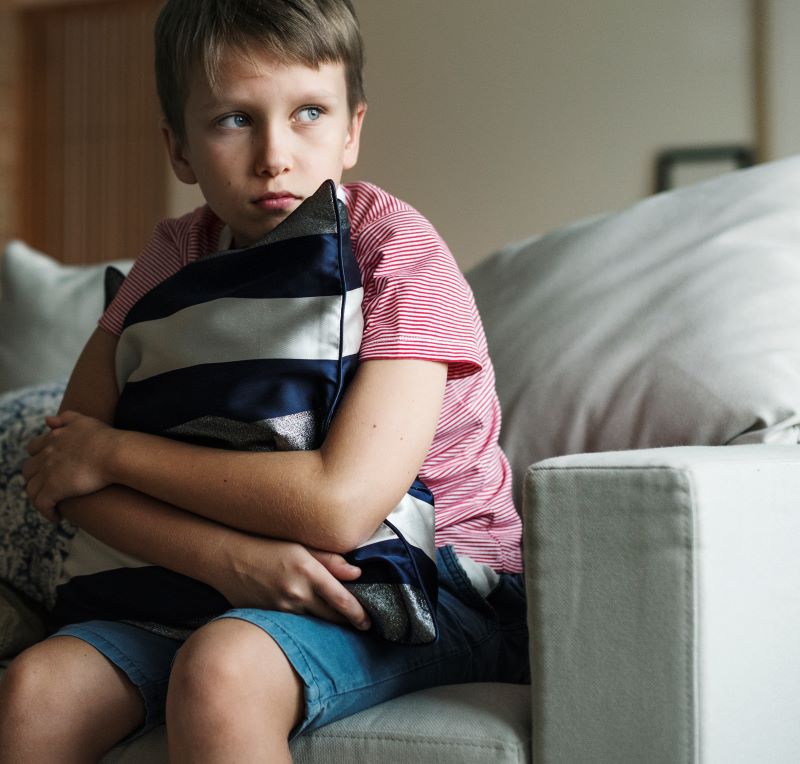 In the U.S., eating disorders affect millions of adolescents and young adults, and the number of children and adults who are being diagnosed with an eating disorder is on the rise. Because of the serious medical complications that can arise from an eating disorder, it is crucial to diagnose and treat the condition as soon as it is realized. The earlier the diagnosis, the more likely the person will receive proper treatment and recover.

Here are some statistics insofar as the prevalence of eating disorders in adolescents:

Perhaps the most unsettling is that over half of all teenage girls in the U.S. and nearly one-third of teenage boys rely on unhealthy behaviors to control their weight, such as skipping a meal, fasting, smoking cigarettes, or purging.

If you or someone you love is suffering from an eating disorder, consider reaching out to one of our licensed BetterHelp counselors. We are availableby chat 24/7, and we are here to help.

Previous Article
Normal Adolescent Behavior
Next Article
Helping A Young Person With Adolescent Drug Use
For Additional Help & Support With Your Concerns
Speak with a Licensed Therapist
The information on this page is not intended to be a substitution for diagnosis, treatment, or informed professional advice. You should not take any action or avoid taking any action without consulting with a qualified mental health professional. For more information, please read our terms of use. 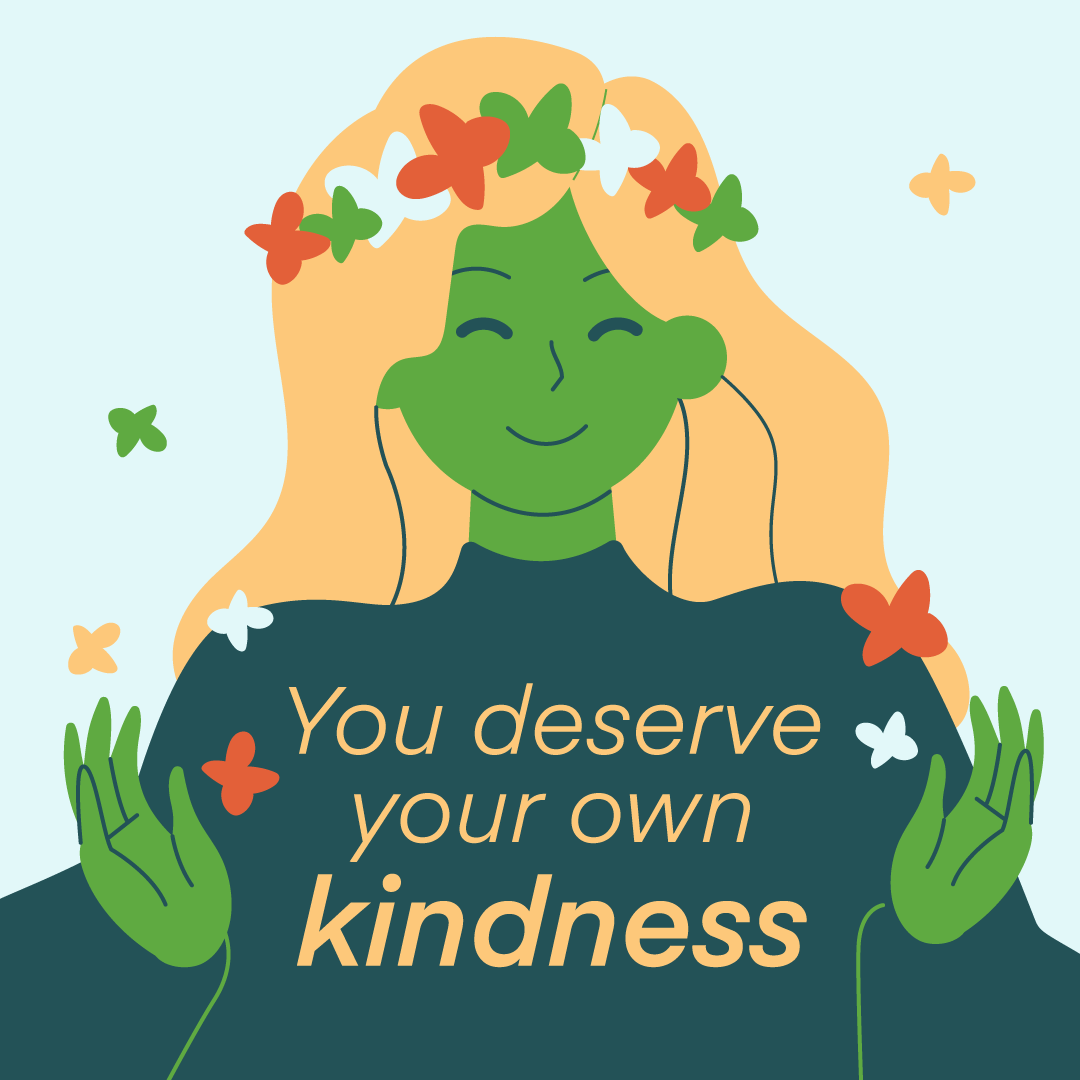