Are Mental Health Concerns Affecting Your Life?
Talk To An Experienced Therapist

Dating is hard. Knowing who to ask out on a date, who would be receptive to you, and who is attracted to you can feel difficult to determine. Having anxiety and being nervous about asking someone out on a date is common.

Most people fear rejection to some degree so the possibility of a potential date declining our invitation can be nerve-wracking. For people who have social or general anxiety, this fear of the unknown can be downright debilitating and may even stop someone from social interactions with others.

The ability to read a person's body language can be helpful in moments of doubt. Learning to look for cues of a person's interest can help you determine what their reaction to you might be. Many people pick up on body language cues, but for some, they can be harder to decipher. Below are some tips on reading body language. Eye Contact- If you're making eye contact with someone and they don't break away immediately, or they do and look back to you, it could be a sign that they have noticed you and wouldn't mind more interaction with you. Eye contact during conversation conveys interest, so if there is a lot of eye contact during a conversation, your companion may be interested in what you're saying. Looking away, checking a phone, watching the door, and other looks away may be signs of distraction or disinterest.

Touching- Casual arm brushes or light touches during conversation may be a sign that further physical contact is welcome. If you don't know someone well it is important to figure out what they're comfortable with or not. Some people hug everyone they meet, even strangers, while others are more guarded with physical contact. If you're not sure what physical contact is ok, its best to discuss it.

Blushing- Sexual arousal and attraction can cause a person's cheeks to flush. It can also happen when people are nervous, embarrassed, or scared. Take note of other signs if you notice someone is flushed.

Closeness- When people are attracted to someone they may lean in, slide closer, or point their bodies or legs toward the target of their attraction. If this is happening, your companion may be interested in spending more time with you.

Looking Away- If you lean in and your date looks away or you close in for a hug or kiss and they step back or look away, your attention may not be welcome. Each person has their own idea of what is acceptable and when as far as physical contact.

Smiling- Smiles speak a thousand words. A genuine smile includes movement around the eyes and lips, both should turn up. If the mouth moves and the eyes don't, the smile usually isn't genuine.

Crossed Arms- Crossed arms can mean different things. If arms are crossed over the chest it could be a sign that someone isn't interested or is closing themselves off from the situation. Arms folded over the lower part of the torso may indicate feelings of insecurity or a need for protection.

Stance - Men may sometimes extend to full height, square shoulders, and try to appear more masculine when they're trying to attract a woman. Are Mental Health Concerns Affecting Your Life?
Talk To An Experienced Therapist

It's true that words are sometimes not enough, but words still hold value. Honest and open communication is a key to starting and continuing a good relationship, whether a friendship or a romantic relationship. Much of the communication that goes on between people is nonverbal. Chances are you already notice some of these things and now that you've read this, you'll pay more conscious attention.

While understanding body language is a good way to help yourself feel more comfortable about taking the next step with someone, whether asking them on a date or leaning in for the first hug or kiss, it's important not to rely on it solely. When things aren't clear, speak up!

If you are struggling with communication or relationships, contact BetterHelp.com to get started on improving your communication skills with online therapy.

How do you read someone's body language if they like you?

If you’re wondering how to read someones body language – especially if you think this person might like you – there are several cues that you can look for. Body language is a great place to look for clues that someone likes you, because most of these behaviors are either unconscious or unnoticed. However, they give great insight into the mental and emotional state of the person that you’re observing.

Let’s start with the face: there’s so much body language that happens right there on the face. For instance, someone’s smile can indicate if they are genuinely enjoying their time with you. According to several studies, humans tend to be very accurate when it comes to discerning a real smiles from forced smiles. Real smiles crinkle the edges of the mouth and the eyes (also known as “crow’s feet”) and such a smile promotes engagement between you and the other party. So, prolonged, genuine smiles are a good clue that they like you!

Another place to look is the eyes. Clues like prolonged eye contact and raised eyebrows might not reveal a person’s exact thoughts, but longer eye contact and raised eyebrows signal interest in whatever you’re talking about. These facial expressions are nonverbal cues that whoever is sitting across from you is paying attention to what you’re saying.

Other body language tells you whether the person feels stressed or relaxed while spending time with you. For instance, if they usually display a tense body language with crossed legs and/or arms, a furrowed brow, erect posture, and a clenched jaw, this could be a sign that they’re nervous around you. They may be trying to conceal some deeper feelings that they have for you.

Or, if their body language is open, with a relaxed posture, open arms and legs, and a slight smile, this can be a good sign that they’re enjoying a pleasant conversation with you. Plus, they might try to remove physical barriers between the two of you, such as a coffee cup or other small object that sits between you. By opening up the space people give the message that they want to be closer and more connected to you.

What does body language tell you about a person?

A person’s body language can reveal information about how they view themselves and the people around them. For example, positive body language includes good posture command and open posture, a relaxed facial expression, and comfortable eye contact. This body language tells us that the person is at ease in the situation or conversation. Their open arms signal a willingness to engage and be approached in relaxed casual conversation. Their eye contact tells us that they pay attention. Their main emotions are more or less easy to guess from their facial expressions.

On the other hand, negative body language can show us that a person is stressed or uncomfortable in their situation or conversation. For instance, crossed arms and legs signal resistance, a clenched jaw signals stress, and exaggerated nodding signals anxiety. Other cues, such as a power position or expansive gestures to take up more space can signal that someone feels that they have less power in their current situation. By taking up more rather than less space, they unconsciously try to mitigate the situation and appear more powerful than they actually perceive themselves to be. Whether they know it or not, they equate power with how much space they take up.

You can learn an amazing amount from a person’s body language. People send unnoticed or unconscious signals with their body language, and some of this input can help you determine if a person is being open and honest with you.

For example, many people try to use forced or false smiles as a way to lie with their body language. There are several ways to spot a genuine smile, though. Real smiles create crow’s feet near the eyes, and genuine smiles reach all the way up to the eyes. Excessive eye movement and/or a clenched jaw signals what could be a fake smile.

You can also watch the person walk away from you. If they’re constantly checking over their shoulder to check if they’re being observed, this can signal that they’re lying or at least feeling considerable discomfort in their surroundings.

There are other body language clues to let you know a person may be lying, as well. If a person sits with their arms and legs crossed the whole time, they might be unconsciously reflecting a desire to keep hidden, or not to be forthcoming. They are mentally, emotionally, and physically blocked off with this body language.

Or, if they nod excessively, this could that they’re trying too hard to appear agreeable, and actually they’re trying to hide something. In addition, excessive nodding signals anxiety, and a tightened neck can indicated stress. These clues might point to stressors in the conversation or situation, including trying not to get caught in a lie.

Previous Article
Pheromones Attraction Causing Love at First Sight: The Science Behind Pheromones Attraction
Next Article
What Is Genetic Sexual Attraction And Is It Real?
For Additional Help & Support With Your Concerns
Speak with a Licensed Therapist
The information on this page is not intended to be a substitution for diagnosis, treatment, or informed professional advice. You should not take any action or avoid taking any action without consulting with a qualified mental health professional. For more information, please read our terms of use. 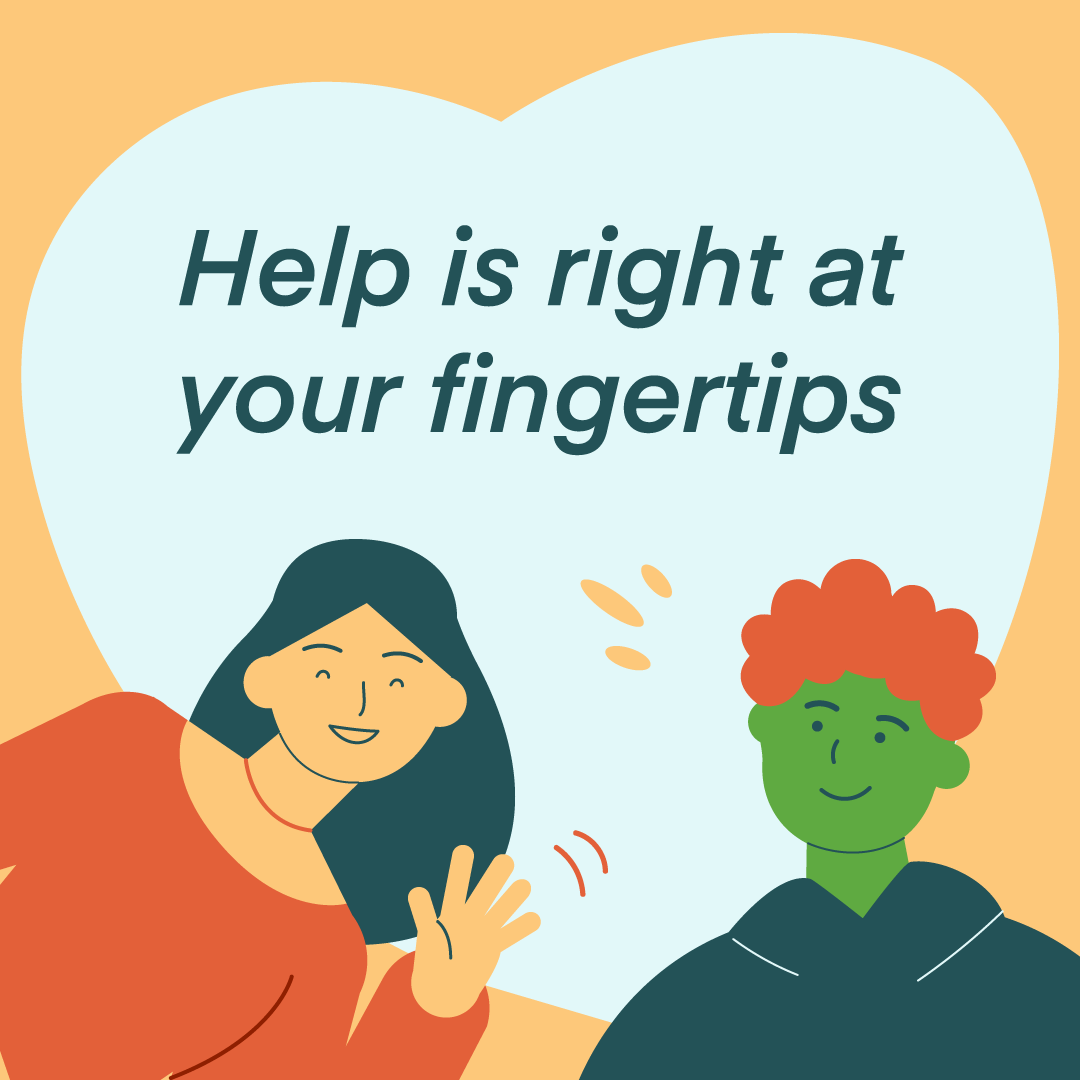