Have you ever been attracted to someone as soon as you meet them, but you do not know why? Maybe they are just average looking, they are not wearing fancy clothes or showing off in a way that would attract someone, but there you are, standing right next to them, and you are feeling suddenly attracted to the person? Love at first sight, lust and intense attraction can all be a part of a pheromonal attraction that is common humans and other animal species. 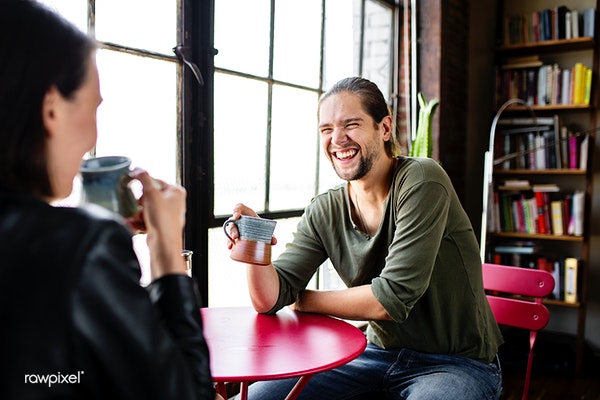 Scientists in Osmology have determined that both sexes are attracted to each other through chemical messengers. These chemicals, pheromones, stimulate sexual arousal, desire, hormone levels, and even fertility when released. Pheromones are detected through smell and are produced through sweat, saliva, and urine.

Androsterone is a pheromone that makes men sexually appeal to women. Only 10% of the male population secretes an abundant amount of the pheromone, and these men are considered the sexiest or desirable in the population. Some of these men may not even be physically attractive; however, the pheromone Androsterone changes the way people perceive their desirability.

Androsterone is produced by the adrenal gland, testes, and ovaries, and is released through a man's skin, hair, and urine. Women also produce and release the pheromone but at a rate four times less than men. This pheromone is also produced by the sex glands and secreted through sebaceous glands in both the male and female sex organs as smegma and has masculinizing effects on men.

Women also produce a sex pheromone called copulin in addition to Androsterone. Men do not produce copulin, however, and the pheromone seems to correlate to a women's menstrual cycle when measuring amounts of the pheromone.

Pheromones can also have the opposite effect and make you sexually repellent to some. People who have a love at first sight reaction to someone or who feel a strong attraction to another person are usually experiencing a pheromone attraction. The same can be said when you meet someone and automatically feel repelled by them. When you meet someone and do not like them, for seemingly no reason, you are probably having a pheromonal reaction to the person. In these cases, your pheromones are telling you that this person is not a genetically appealing match for reproduction.

As people age, the number of pheromones they produce begins to decline. The drop in both pheromones and hormones that happens around 40-50 years of age can leave people feeling sexually unattractive, lonely, detached, irritable, depressed, and have low self-esteem.

Dr. Winnifred Cutler with the Athena Institute published many studies that showed post-menopausal women over 40 were found to be less attractive by men because of the decline in their hormone and pheromone production. Dr. Cutler, along with psychiatrists and researchers from Harvard completed a study on post-menopausal women who wore pheromones with perfume or topical treatment was found more attractive by men afterward.

Other Importance Of Pheromones

Pheromones are not just produced for sexual attraction. Numerous research studies have been done on breastfed newborns and their mother's. When two breast pads were placed on either side of a newborn, one the mother's and the other a stranger's, the newborn would always root towards the pad that belonged to its mother. These studies prove that we can detect each other through unique smell produced by pheromones.

Pheromones have also been known to be able to alter human moods. A pheromone secreted by the areolar glands in breastfeeding mothers can make childless women feel happy and the scent secreted by fear hormones through perspiration can raise another person's anxiety levels when detected by smell. Studies also show that women are more relaxed around men who produce androstadiene, a hormone that comes from testosterone. Men also were more relaxed, and their sexual arousal levels lowered when they smelled tears collected from women while crying during a sad movie.

Pheromones also have a link to human sexuality. A 2005 study proved that gay men were attracted to the scent of men who were also gay and the scent of women aroused straight men. This test was done through blind sweat smelling tests.

Because pheromones can increase your attractiveness and lead to a better sex life, fragrance and cosmetics companies have been working to bottle the scent of pheromones like androsterone into perfumes. Studies using pheromones at the University of Chicago showed that men who used topical pheromones had a 52% improvement in starting conversations and an even better rate of improvement in staying engaged in conversation. They also saw improvement in getting compliments, noticeable flirting from the opposite sex and a 40% increase in female sexual responsiveness.

In the same study, females who used topical pheromones found themselves asked on dates more often and an increase in foreplay during sexual activity. 74% of the females who participated in the study saw a huge increase in their interactions with men overall with most reporting having sex more often and receiving more intimacy such as hugs and cuddling after a sexual act. Another study in 2002 by San Francisco State University showed that women who wore synthetic pheromones were found more attractive by their partners.

Although researchers speak of being able to smell pheromones, these chemicals don't have an odor that we can consciously detect with our noses. Specific areas of our nasal tissues process pheromones and send messages to the brain about the scent even though we don't smell it. Pheromones are present in sweat, but the chemicals are not what makes sweat have an odor.

Winnifred Cutler, one of the co-discoverers of pheromones and a reproductive biologist, opened the Athena Institute for Women's Wellness Research and contended that generic substrates could mimic pheromones and react with our body's natural chemist to have the same effect as natural pheromones. This means that a man that does not produce must androsterone could potentially wear a synthetic version of the pheromone that would have the same sex appeal affect as the natural chemical.

Natural pheromones vary from person to person, but there are a few ways to increase your pheromones output if you are looking to do so naturally. 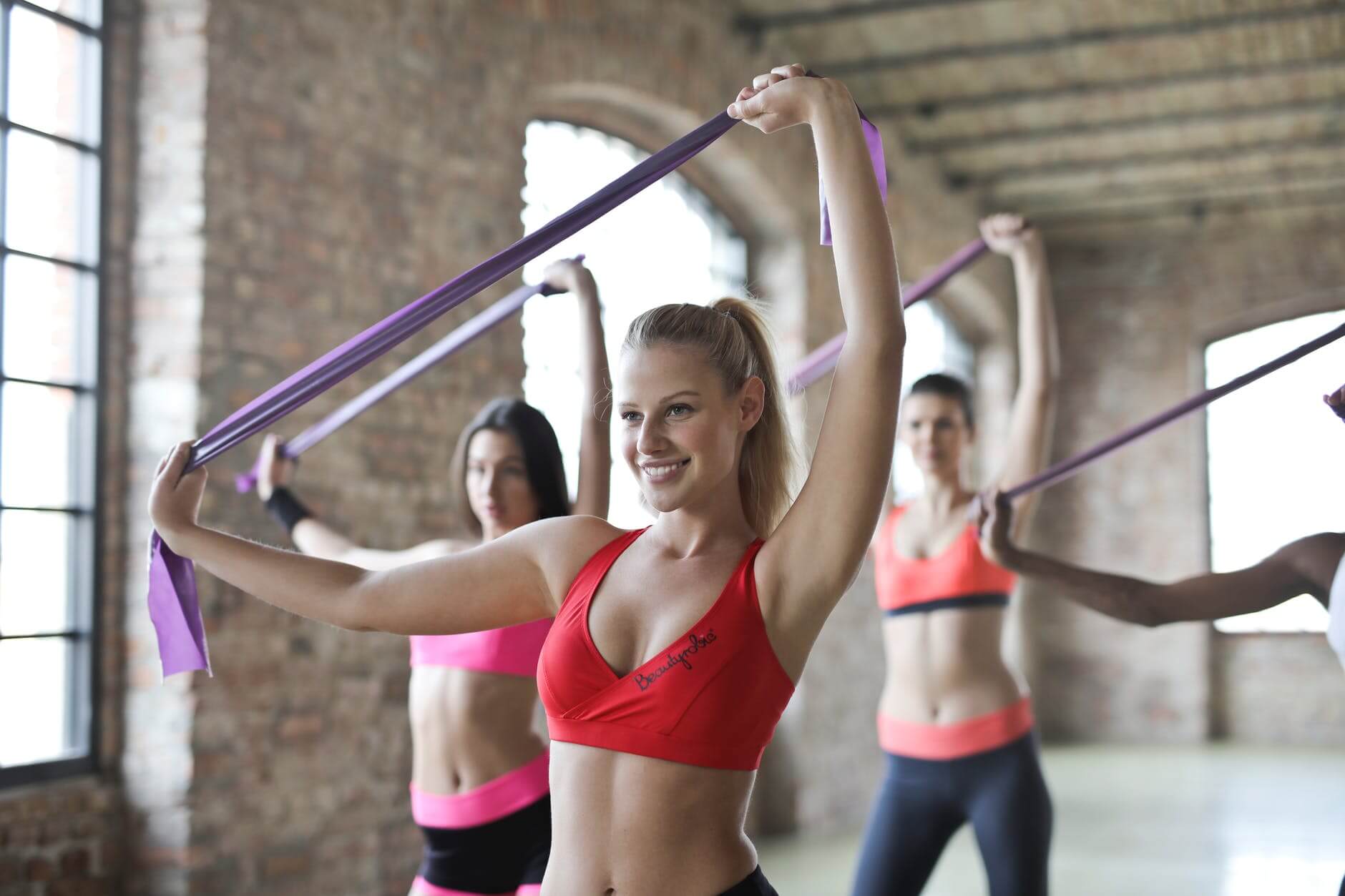 The Future Of Pheromones

Researchers are still studying and beginning to uncover more information about human pheromones. The most compelling uses for pheromones include using them for therapy and medication. Pheromones can be used to help regulate or improve mood, relax, or reduce anxiety, lift mood, or decrease depression, and other psychiatric benefits. Pheromones are also showing to be useful in sex counseling for couples that have lost intimacy or are struggling with intimacy, especially older adults.

As pheromones become more popular and funding becomes more available for research, mental health will take a forefront to research. A healthy sex life can have tremendous mental health and emotional benefits. Pheromones are also instrumental in improving self-esteem and confidence because of the increased attention and attraction that they have a hand in.

If you are struggling with depression, sexual health, intimacy, self-esteem, or confidence, you can start your healing journey with Betterhelp. This site will connect you to online counselors that can be the first step to increasing your attractiveness, confidence, and self-esteem, even without pheromone therapy or treatment.