What is the first thing you're attracted to when you meet someone? Some people are interested in physical features, like beautiful eyes or a toned, muscular body. Others are attracted to power, wealth, or influence. But what about someone who can engage in a lively discussion about literature or history? What about that bespectacled guy in the bookstore reading George Orwell? Or the nerdy girl who can do calculus in her head? Contrary to popular belief, experiencing an initial sexual attraction to intelligence is not all that unusual. Read more to find out what's behind this phenomenon. 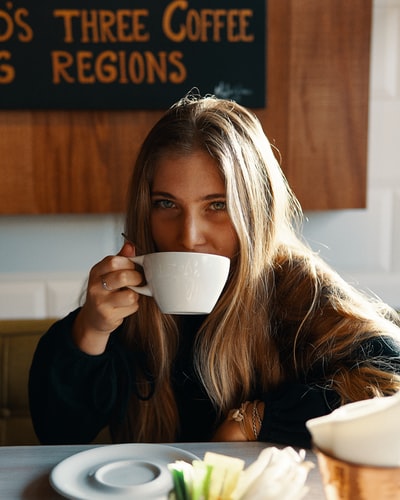 I Know I'm Attracted To Intelligence, But I Can't Find A Partner
We Can Help - Chat With A Licensed Relationship Expert Now.
Source: unsplash.com

It turns out that being attracted to intelligence is so common that there's a name for it. The term "sapiosexual" (which comes from the Latin root "sapio," meaning wise) has become a common way to describe one's sexual identity on dating apps like Tinder and OkCupid. The term is used similarly as other identifiers such as "pansexual" or "demisexual." A recent study found that close to 1 in 10 people aged 18-35 are primarily attracted to intelligence in a potential romantic partner. They rank intelligence as more sexually attractive than other qualities like humor, kindness, and even physical appearance.

The rising trend of the sapiosexual label seems to be most rampant among younger daters, those who are referred to as Millennials or Generation Y. This is surprising when we take into consideration common perceptions of this generation, who are often seen as shallow and self-absorbed. It seems ironic that an age group known for its love of Instagram and selfies would also be the ones to redefine sexual attraction regarding inner qualities rather than outer appearance. But this label (along with other sexual identities listed above) is one of the many ways we see a silent revolution against a culture that on the surface, seems increasingly absorbed by outward appearance. It turns out that there are very good reasons behind this attraction to the brainiacs of this world - here they are.

The reasons for attraction to intelligence are highly scientific and have their roots in the theory of evolution and natural selection. If you recall your high school Biology class, this is the idea that those with the most desirable genetic traits tend to reproduce more, ensuring the long-term survival of the species. For example, gray treefrogs tend to survive longer than other kinds because their color makes them difficult to see at night. Because they survive longer, they also reproduce more. This means that over time, there will naturally be more gray treefrogs than other kinds. In this case, gray coloring is a desirable genetic trait, which helps the species stick around longer.

As humans, we consider ourselves too sophisticated for this kind of primal survival mechanism. However, natural selection still affects us in ways that we're not even aware of. The evidence? A study conducted by the University of Mexico in 2009 found that men with higher IQs also had healthier sperm. The professors who interpreted these results did not think the connection was a mere coincidence. They think that sexually attractive traits developed alongside the healthy sperm to signal to potential partners that these men are the most viable, regarding fathering healthy babies. It seems that women's ovaries can sense when a potential partner has genetically desirable traits that can allow her to produce healthy babies. 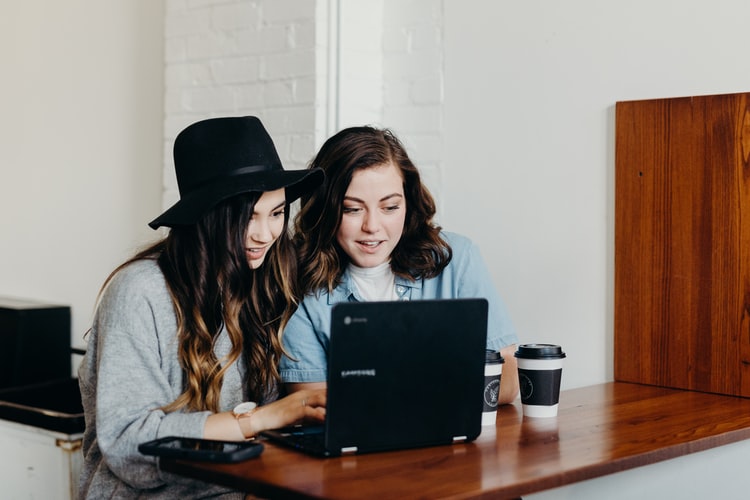 Another study, conducted by a UK sex toy retailer, found that students attending elite universities also have a higher sex drive than others. That seems to indicate that high intelligence corresponds to high libido - yet another reason why you may subconsciously feel attracted to men or women who are brainy. These are some examples of how sapiosexuality may have a genetic basis. But there's more to it than simple biology and primal urges. There are also some solid, rational reasons for finding intelligence so attractive.

Why Intelligence Is Always a Good Choice

Intelligence is one of the most important things to look for a potential romantic partner.

The tall guy with a full head of hair and a six-pack isn't going to look that way ten, or even five, years from now. Until we reach a very old age when dementia might come in, our minds remain the same, and may even get sharper. So, as a long-term investment, a person with intelligence makes a lot more sense than a person with good looks.

An intelligent partner always has something interesting to talk about! Whereas other people may seldom get beyond the level of small talk, those with a high intellect are ready to engage in discussions about literature, politics, history, religion…or even just muse about why your favorite ice cream place no longer serves Rocky Road. When you take life's journey with an intellectually gifted companion the road will be full of adventure.

Your Partner Is a Good Problem Solver

Those with above-average intelligence are typically very creative and good at solving problems. They can think outside the box and see different possible solutions to a problem. Having someone like that in your corner will help you navigate some of life's difficulties much more easily.

Your Partner Is Likely to Have a High Income

Statistically, men and women with high IQs are also the highest earners. If you seek someone who will be a good provider or at least hold their own when it comes to a comfortable lifestyle, intelligence is a very valuable commodity.

There has been a lot of backlash against sapiosexuality. Some believe that it represents a kind of elitism, a form of discrimination against the working class. Some people criticize the idea of sapiosexuality because (like other identifications such as asexual, pansexual, etc.) they believe it's yet another way of making a sexuality divisive standard that narrows down the parameters of who we're attracted to. Despite these criticisms, you can see from this list that there are many good reasons why dating someone with above-average intelligence may be a great idea.

How to Tell if You're Attracted to Intelligence

You Get Turned on by Witty Conversation

To you, a lively, intellectual conversation is just like foreplay. You feel sexually attracted to someone who can engage with you on a deep level. You especially enjoy someone who can test or challenge you, expanding your mind and your understanding. 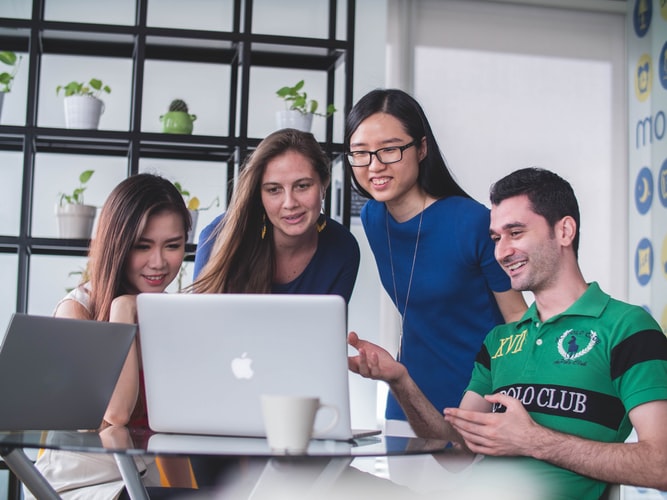 I Know I'm Attracted To Intelligence, But I Can't Find A Partner
We Can Help - Chat With A Licensed Relationship Expert Now.
Source: unsplash.com

You Don't Care About Other Credentials

It's not important to you how much money someone makes or what they look like. The surface qualities that others find important simply don't matter. You're concerned with the inner workings of a person's mind and heart.

It's not even that you don't like it. You get uncomfortable and feel trapped when someone forces you to talk about the trivial, mundane things that make up most conversations. You would rather sit in silence and not talk at all. You yearn for deep conversations that truly get to the heart of what life is all about.

Your Attraction Grows as You Know Someone Longer

You move slowly when it comes to relationships. You enjoy getting to know someone gradually, uncovering the hidden workings of their mind as if you were slowly unwrapping a present. Whereas most people may feel a strong initial attraction which fades over time, you are exactly the opposite.

You Believe Emotional Intelligence Is Just as Important

Sapiosexuals know that "book smarts" are not the only thing that matters. They seek someone who is agile in handling emotions, their own as well as those of others. An emotionally intelligent person can weather the ups and downs of life far more easily. They also have a lot more empathy, which in turn leads to better relationships.

You Value Someone Who Has Good Taste

You enjoy a partner who has definite taste rather than just following whatever is trendy. It doesn't even matter if their taste differs from your own, just that they have a strong sense of what they like. Whether it's music, fashion, or food, you enjoy the company of someone who doesn't mind expressing interests that make them stand out from the crowd.

Few things turn you off as much as an impulsive, over-the-top reaction to a difficult situation. You're attracted to people who keep their cool, maintaining an aura of grace and poise when confronted with new and challenging situations. An attraction to intelligence may be difficult for others to understand, but go ahead and embrace it! It's all about appreciating inner strengths, and that's an attraction that can stand the test of time. 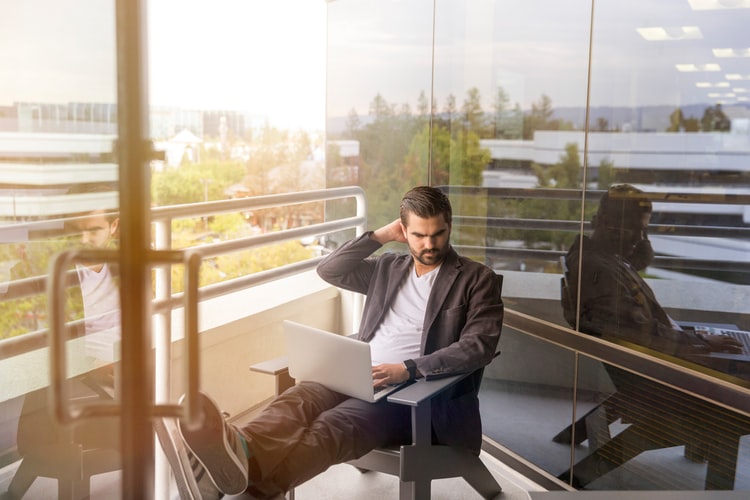 If you are struggling to find the right partner or have other questions, don't hesitate to contact the trained counselors at BetterHelp. We'll be happy to work through issues with you. We provide discreet online counseling with licensed professionals who really do care about you and your well-being. You deserve to be happy and to enjoy truly fulfilling relationships. Below you can read some reviews of BetterHelp counselors from people experiencing a range of relationship challenges.

"This is an excellent platform for someone like me. Gerald has helped me greatly in just a week. I live in my head way to much and he has given me valuable tools to join the world and the people around it."

"It's like having a completely unbiased friend who never tires of hearing me out and never tires of helping me sift through the stories I tell myself. Julie has helped me see a lot of things in my life and in my relationships that I would never have seen without her insights."

Being attracted to intelligence is nothing to feel weird about - it's much more common than you may think. This quality will lead you to healthier, longer-lasting relationships with someone who shares your standards as well as your overall level of intellect. A truly fulfilling relationship is possible - all you need are the right tools to get there. Take the first step today.