Behavioral disorders, although they are commonly associated with children, they can also affect adults, especially if one was left untreated since a person's youth. This article will discuss what behavioral disorders are, what conditions are considered one, as well as what treatment methods are available to those who have one. 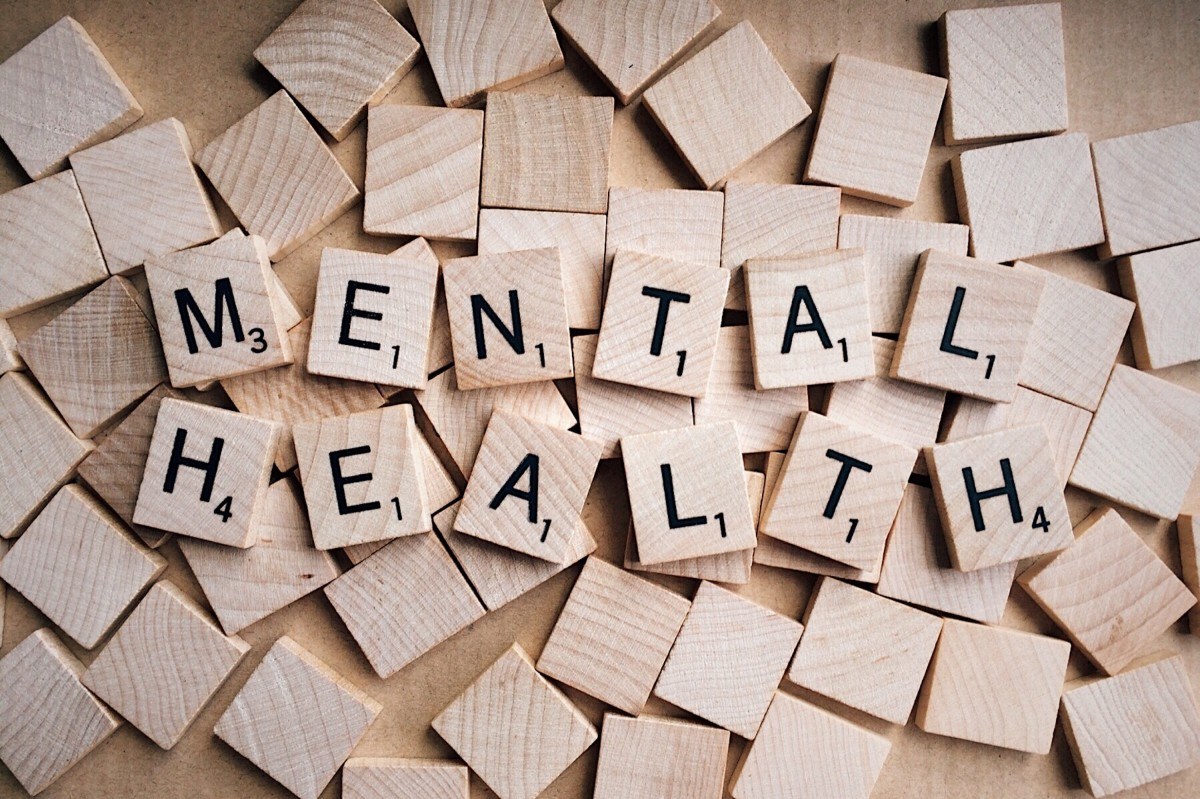 Are You Concerned You May Have A Behavioral Disorder?
Don't Wait - Connect With A Licensed Therapist

What Is A Behavioral Disorder?

Despite sounding like a very generic term, since all mental disorders will affect a person's behavior to some degree, behavioral disorders refer to a specific group of distinct mental conditions.

Behavioral disorders can be impulsive and disruptive to everyone around them; there used to be only a few different conditions within this category, but as of the Diagnostic and Statistical Manual of Mental Disorders, Fifth Edition (DSM-5), it has expanded this category by adding new ones. These are behavioral disorders currently identified by the American Psychiatric Association and the DSM-5:

Typically, for a diagnosis of one of these disorders to occur, symptoms will need to have lasted for six months or longer and cause issues in school, at home, social situations, and for adults, at work. [1]

This list of behavioral disorders will be elaborated on more in-depth throughout this article where you can learn about the signs and symptoms of each of them.

Each of them might have similar traits such as aggression, impulsivity, disruption, and appearing at very young ages; however, they are all unique and should be discussed individually.

Attention-Deficit Hyperactivity Disorder is one of the most common behavioral disorders that affect children. It is estimated that around 8.4 percent of kids in the United States have ADHD, whereas 2.5 percent of adults have it as well. In fact, many adults are unaware that they have the disorder and will show signs of it for many years before getting diagnosed and receiving treatment. [2]

ADHD has three different categories, also known as presentations: inattentive type, hyperactive/impulsive type, and a combined type if they meet the minimum criteria for the first two types. Some people might be dominant one category over another; however, hyperactivity symptoms typically appear around the age of 3, whereas ones related to inattention will be more apparent around 5 to 8 years old. [3]

The condition is progressive, and symptoms may evolve, meaning that some may come and go, which can lead to a new diagnosis with a different presentation. In children, six symptoms must be observed to be diagnosed with a specific presentation, whereas only five need to be apparent for adults (those who are 17 and older).

For example, a boy has six symptoms of hyperactivity - he is very fidgety, cannot sit still, is always talking and interrupting others, and refuses to wait his turn. On the other hand, he only had four symptoms of inattention, primarily related to listening, paying attention, following directions, and staying focused. Because of this, he will then be diagnosed with Predominantly Hyperactive/Impulsive, but this might change with time.

No matter the age, ADHD can cause people to struggle in their daily lives, especially at school, work, and ordinary social interactions. Despite the challenges that people with ADHD face, the condition is treatable, and people can live more productive lives with medication, skill-building, and therapy.

ODD is another mental condition that is often seen during childhood and adolescence and can coexist with other ones such as ADHD and anxiety.

This condition is typically described as being disobedient towards authority figures such as parents and teachers and some symptoms of ODD include: [4]

These symptoms in ODD may resemble other mental health conditions, and in ADHD specifically, they can coincide with issues with self-control. Additionally, those with ODD function best when they can exert authority onto others. Like ADHD, they also must be present for at least six months. [3]

It is currently unknown as to what causes ODD, but there are two theories - the developmental theory and the learning theory.

The developmental theory believes that ODD occurs when people are toddlers, and it stems from difficulties of learning how to be independent of their parent or guardian. The learning theory suggests that these attitudes are learned behaviors through negative reinforcement, and ODD behaviors essentially help the individual get what they want, such as attention, so he or she will continue to do it. [4]

Early diagnosis is critical for ODD because it can persist and create even more serious problems, such as committing crimes and disobeying police officers, which are all traits sometimes seen in conduct disorder.

Conduct disorder is a condition that is much more severe than ODD, and although some people might consider it a continuum of it, conduct disorder is considered a separate condition, according to the American Psychiatric Association. [3] [5]

This disorder is considered more serious because it tends to be more aggressive, often purposely, in how rules are broken, sometimes leading to criminal activity.

Some signs of conduct disorder include: [5] These aspects of conduct disorder can have grave consequences for people, and can especially school, social, and family life. Certain activities can get an individual expelled from school, or worse, sent to juvenile hall, if a crime has been committed.

It is essential to note that conduct disorder can only be diagnosed in people who are 18 years old or younger. Adults who have the same symptoms are typically diagnosed with the antisocial personality disorder, which belongs to a separate class of mental conditions, appropriately known as personality disorders, which contains illnesses such as borderline, narcissistic, avoidant, and several others. [5]

While conduct disorder can be dangerous for the individual and to others, it can be treated through a variety of means such as family therapy which promote positive parenting skills and building relationships, and in turn, helps kids control their angry feelings. This is essential to preventing problems from continuing into adulthood and potentially becoming a personality disorder. [5]

Similar to ODD and conduct disorder, IED is also another aggressive type of behavioral disorder that manifests during childhood but can be very persistent.

In fact, some of the signs can be just as destructive; however, the difference between all of these is that the symptoms are impulsive. Typically, these will be unplanned angry outbursts that do not require much provocation, if any, and they are completely out of proportion. [5]

Failure to control anger can lead to recurring temper-tantrums and arguments, and this rage can potentially hurt people, animals, and property in the form of verbal or physical aggression.

Another crucial part of getting diagnosed with IED is that it must cause significant distress to the individual, and it has to cause impairment at school or work. It can affect kids and adults and is not diagnosed in those who are under six years old and to receive one, it cannot be explained better by a separate mental disorder. [5]

Unfortunately, a risk factor for IED is being exposed to physical and emotional trauma during one's youth, which can also lead other conditions like PTSD, anxiety, depression, and more. Therefore, in addition to changing their aggressive thoughts and teaching coping skills, therapy and counseling may be necessary to address their past trauma. In some cases, medication can also be useful to help calm a person and keep outbursts under control.

Disruptive Mood Dysregulation Disorder is one of the most recent conditions to enter the DSM-5 and therefore, make this list of behavioral disorders. Although it is one of the newest additions to the psychiatric literature, it does carry many similarities with other conditions.

For instance, DMDD is characterized by extreme irritability, anger, and frequent outbursts, which are all traits seen in IED. Despite the potential for someone to meet most of the criteria for both conditions, one of the key differences between DMDD and IED is how persistent the anger is.

In IED, the anger is considered to be relatively brief, and people can return to normal shortly after an impulsive outburst. However, in DMDD, these feelings can linger around much longer, and kids with this condition are irritable for most of the day and can have verbal or physical outbursts three or more times per week. [6] [7] Are You Concerned You May Have A Behavioral Disorder?
Don't Wait - Connect With A Licensed Therapist

Like IED, DMDD can also be extremely disruptive and cause problems at school and home, but it can be managed with similar treatments.

To get diagnosed with DMDD, a patient must be over six years old but under 18 and have displayed symptoms for more than 12 months, especially the persistent anger. Psychotherapy and parent training is often the first course of treatment for DMDD, but in many cases, medication might be necessary for managing the symptoms of it. [7]

As you can tell, behavioral disorders are a diverse group, yet, they still have plenty in common with one another.

Not only do many of these have similarities in regards to symptoms, but they can also share treatment methods. One of the most consistent ways to address any behavioral disorder is through therapy, and millions of kids and adults have seen a lot of success by using techniques, such as cognitive behavioral therapy (CBT), with the help of a professional.

At BetterHelp, licensed therapists are available online to help treat a variety of mental conditions, including the ones discussed here. It is also an affordable and convenient option, and making an appointment is easy and flexible and allows you to find sessions that can be suited to school or work schedules.

Hopefully, this list of behavioral disorders has been informative, and if you suspect that your child has one of these, make an appointment with your family doctor so that a formal diagnosis can be made. Receiving the right one can make a difference in terms of medication, and by receiving the proper prescription and dosage for their condition, people can have higher success rates and live better lives.

Previous Article
Behavioral Health: How Habits Affect Your Mental And Physical Health
Next Article
Behavioral Theory or Behavioral Psychology? How Behavior And Personality Intersect
For Additional Help & Support With Your Concerns
Speak with a Licensed Therapist
The information on this page is not intended to be a substitution for diagnosis, treatment, or informed professional advice. You should not take any action or avoid taking any action without consulting with a qualified mental health professional. For more information, please read our terms of use.