Behavioral Theory, Behavioral Psychology, or Behaviorism? Each of these terms can be used interchangeably to describe a single psychological theory most commonly known as Behaviorism. This particular theory is interesting in its approach to the human mind. It relies less upon standard therapy modalities such as talk therapy and goes straight to conditioning as the gold standard for improved behavior and improved quality of life. Behaviorism diverges from many of the more well-known schools of thought in psychology and maybe, at times, both more difficult to work with and far easier to manage.

What Exactly Is Behaviorism? 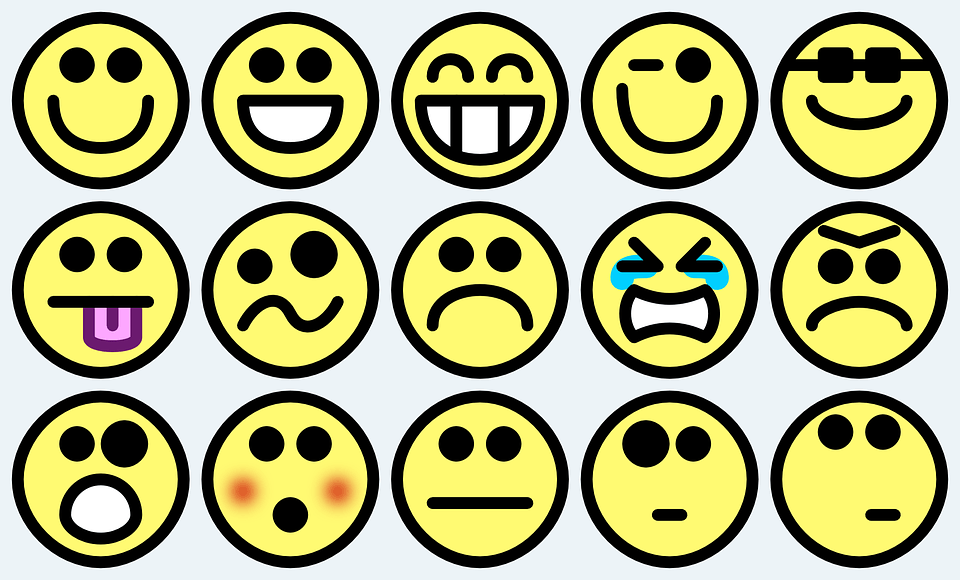 Conquer Life's Challenges With Affordable Help
Take The First Step Today - Sign Up For BetterHelp
This website is owned and operated by BetterHelp, who receives all fees associated with the platform.

Behavior theory is a psychological framework with which to examine and explain human beings. Some psychologists might delve into matters of the unconscious or refer to aspects of humanity that are wholly internal and do not display outward characteristics.Behaviorism neglects this definition of psychology. It favors instead the observable, knowable impacts of behavior. As one researcher stated, "Behaviorism is a doctrine." It is a way of looking at the psychology of the human mind and explaining motivation, behavior, and all of the studies involved in psychology through the lens of human actions.

In behaviorism, the behavior is explained through actions rather than resorting to an examination of intrinsic or internal motivators. Addictive behavior, then, is not likely to be attributed to a history of trauma or severe insecurity but is more likely to be attributed to a system of pleasure, reward, and the motivations governing actions. Anxiety, too, is a learned behaviorrather than a construct determined by previous traumas, belief systems, or internally based motivators.

How Does Behaviorism Impact Will And Personality Determination?

For behaviorists, personality is not something intrinsic or predetermined. Instead, personality is made up of a series of behaviors, which are engaged in part to external factors, such as reward, punishment, or example. Personality is a construct based wholly upon surroundings, which means that humans are entirely shaped by culture, societal conditions, and upbring rather than carrying with them any sort of foundational self, which is then influenced by surroundings. In this theory, children are blank slates upon birth and gradually become distinct personalities.

Will, too, is influenced externally, according to behaviorists. In behavioral theory, psychology is used to determine how will, personality, and motivations are impacted and created by your behavior and the behaviors of those around you. Just as personality is created according to external influences, will and motivation are created and sorted according to your surroundings. Using this theory, most children will be similar to family members or close friends, and personalities and ideas are not set but are instead bent according to whatever is nearby and holds the greatest amount of influence.

Is There A Middle Road?

As stated above, behavior theories are almost dogmatic in their approach, considering the framework of behaviorism as a doctrine of sorts, with which to approach mental health. There is far less internal work to be done, and more external motivation to explore, alter, and improve. This is not a middle road but can be a less intense form of two different sides of the psychological coin. Not everything is going to be tied to childhood or unresolved issues, which can be helpful for people and their therapists and doctors who are not interested in delving into suppressed, ignored, or misunderstood memories and traumas. 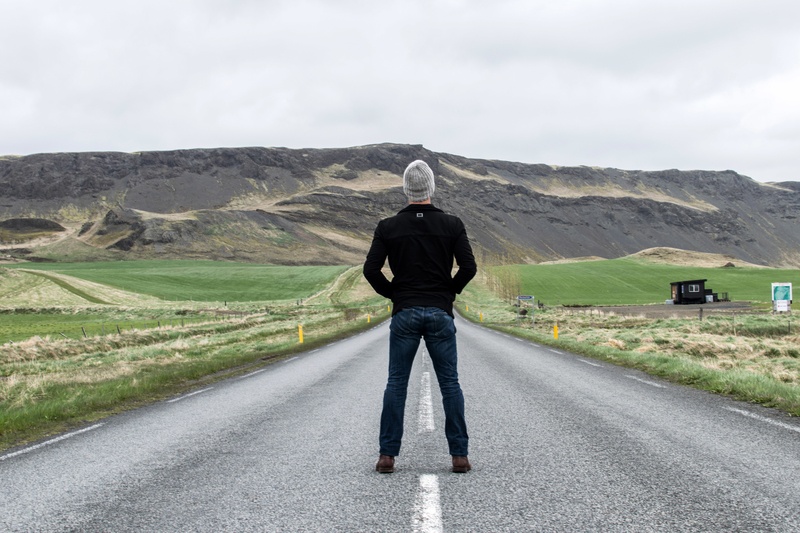 Psychologists borrow from the tenets of behavioral theory and apply those to a more holistic approach to mental health and wellness. They use both the notion of external motivation and internal motivation to diagnose and treat their people. Doing so would, in effect, be the "best of both worlds," as these are the two main branches of psychological thought.

Although this particular brand of psychology is somewhat rigid in its approach, it does have practical applications and has been helpful in treating numerous types of disorders and mental conditions. Behaviorism might be more useful for behaviorists and people with certain personalities and with certain belief systems. If someone is staunchly against the notion of a higher power, spirituality, or anything not readily observed or tangible, behaviorism can be extremely useful. It does not require patients to abandon any previously held ideas to engage in a functional therapy modality.

Behaviorism is also useful for its contribution to psychology. Although some practitioners might consider it too restrictive in its outlook, external motivators and influences are certainly worth taking note of when evaluating a person and determining the source of their pain, a prognosis, and a treatment plan. For some people, external motivators are actually extremely powerful in creating the ideal conditions for a personality or mood disorder. For others, internal issues are of greater import. Still, for others, the contributing factors are of both internal and external consequence, and a multi-layered approach is the best way to treat symptoms of mental illness.

In its infancy, behaviorism was a polarizing issue. It directly contradicted the theories of Freud and similar psychoanalysts where internal mechanisms were the most important aspects of psychological motivations. Its status as a newcomer with wholly new ideas gave it a lot of credence, as did its ability to demonstrate its tenets with observable traits and behaviors rather than focusing and relying entirely on a person’s experience.

Because it is a polarizing issue, however, behaviorism has always had both intense critics and a large base of support. Behaviorism, for some, is too restrictive in its opinions regarding personality and motivation. Many people firmly believe in nature, not nurture, or believe in some mixture of the two. Behaviorism believes primarily in the notion of "nurture," as all behaviors and modifications are engaged in or supported based on the environment. This makes the psychological intervention more readily targeted, as you can see tangible results quickly, while internal-based psychology systems rely primarily on the person’s report to determine efficacy. People and their doctors who prefer visible changes, then, may be more likely to employ and support this ideology.

Behaviorism in practice will rely on behavioral learning theory, rather than trauma or talk-based treatment modality. The behavioral intervention will enact tangible changes in the lives of people seeking treatment and will focus far more on changing externals than internals. One of behaviorism's favored techniques is that of classical conditioning. Although this form of modification is not frequently used in a therapeutic setting, it can be seen in numerous marketing campaigns. The idea is to use already-existing reactions and responses to encourage certain behavior. Marketing teams frequently take advantage of this by using sex as a means of selling unrelated items. Sex is already associated with pleasure, so pairing an item with sex creates the notion of pleasure when using or purchasing that item.

The most common example of behaviorism in practice is operant condition. This treatment method involves identifying rewards for a certain behaviorand delivering rewards once the desired behavior is carried out. Many people use this in daily life when working with children, coworkers, or difficult peers. Children who are misbehaving might be promised a toy in exchange for good behavior, for instance, while a problematic coworker might be promised the opportunity to leave work early in exchange for extra responsibility. 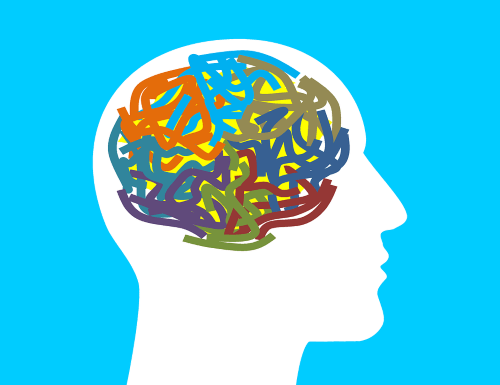 Some aspects of behaviorism seem far too rigid or strict to be useful in a clinical setting. Other aspects, though, can be immensely helpful in treating mental health conditions. This is particularly true of behaviors that have grown almost compulsive in nature. Replacing the allure of the natural consequence of the compulsion with a healthier alternative can help alleviate the symptoms of compulsive behavior. For some conditions, the applications of behaviorism are ill-suited for treatment, as may be the case in depression or other disorders that are not necessarily based on systems of reward or consequence.

In behavioral theory, personality and behaviorism tenets intersect in the literal development of your personality. Without external factors to shape your actions, beliefs, and motivations, you would be a blank slate, with no intrinsic characteristics. Personality, then, is not as individualistic or unique as is often believed. Instead, it is a simple equation of external influences and your reactions to them. Children, then, are usually direct products of their parents’ belief systems or the belief systems of those closest to them. In turn, their parents shaped their beliefs, so on and so forth, leading to the creation of distinct personalities, belief systems, and ideas being attributable to society and relevant conditioning.

Should I See a Therapist to Change my Behavior?

Behaviors that don’t necessarily affect the quality of your life but you want to change anyway can be modified through a simple reward system as mentioned earlier in this article. However, for more serious behaviors like substance use disorder, you might want to consider seeing an in-person or online therapist who specializes in this disorder. With a therapist, you’ll come to understand how substance use led to certain behaviors and the internal as well as external factors that might have contributed to your use in the first place.

Other behaviors can be treated with behavioral therapy and this can be done online, which can be as effective as face-to-face therapy. A study found that 32 participants (youths between the ages of 9-17) diagnosed with type 1 diabetes mellitus who received online behavioral treatment were able to control their glycemic levels by adhering to a diabetes regime.

If exploring underlying reasons for your behavior prevents you from seeking therapy, know that you don’t have to have talk therapy if you don’t want to. A licensed online professional at BetterHelp can teach you behavior modification techniques to practice, so you’ll begin seeing the desired effect of changing behaviors that might be interfering with your quality of life. As discussed in the previous paragraph, if your behavior is quite serious, such as substance use disorder, you might want to consider seeing a therapist who has expertise in this area, along with behavior modification. BetterHelp is affordable, convenient, and secure.As an added benefit, working with BetterHelp allows you to receive help from the comfort of your own home. You can read some reviews about BetterHelp counselors below from people experiencing different issues.

I really like her approach; she always finds ways to encourage desirable behaviors according to my personal situation and needs. Happy that she is my counselor.

Laura is a thoughtful listener and has helped me immensely with processing several issues in my life. She offers constructive feedback on behaviors, including mine as well as the potential motivations of others, and helps me to understand the situation objectively without minimizing my thoughts or feelings on the situation. She's been so helpful and I'm grateful to have the opportunity to work with her.

What Is Human Behavior? Theories, Definition, And Types
For Additional Help & Support With Your Concerns
Speak with a Licensed Therapist Today