How Your Body Image Affects You 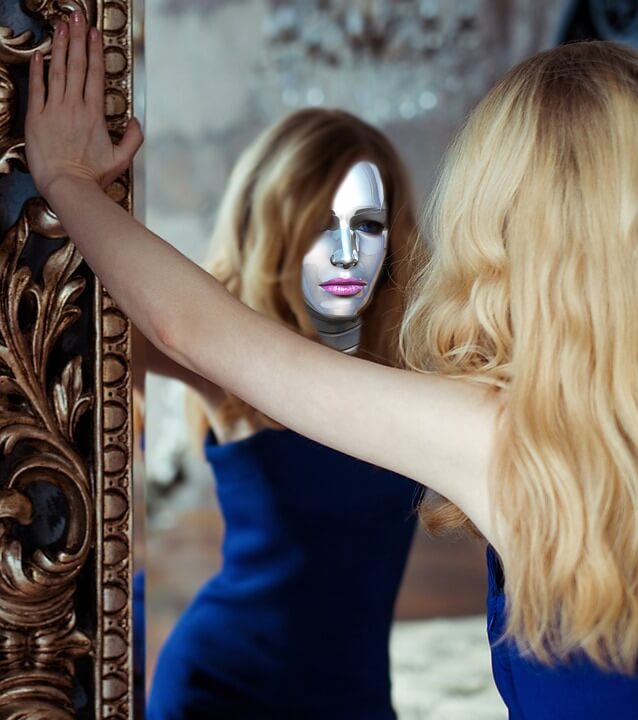 As the name suggests, body image is defined as "a person's perception of the aesthetics or sexual attractiveness of their own body." American society is infamous for encouraging people, especially women, to maintain a positive image and view of the bodies. However, society is also known for promoting what some individuals view as unrealistic body standards. Some common examples of this include hunky ripped, shredded men on magazines or photoshopped, beautiful women with gallons of makeup and tight clothing. Over the past few years, various people have warned of the unfavorable consequences which often follow when individuals attempt to emulate unrealistic body or beauty standards.

An Overview Of Body Image

As documented by National Eating Disorder, there are two variations of body image: positive and negative. A positive body image involves an accurate view of one's form; it also involves confidence, comfort, and acceptance. Conversely, a negative body image involves an altered (and sometimes inaccurate) perception of one's form. Negative body image is almost always accompanied by embarrassment, discomfort, anxiety, and even self-loathing. Each person should love and accept his or her own body; sadly, this does not always occur. For better or for worse, body image greatly affects the way people view themselves, others, and the world around them.

There are a plethora of factors which contribute to the existence of a positive or negative body image. Good Therapy explains that media, culture, and communications with others can have strong impacts on the manner in which one views their body. Someone who is bullied for their weight, height or other physical attributes may develop a negative body image. However, someone else who is often praised for their physical appearance or who fits in with conventional beauty standards may subsequently develop a positive body image. 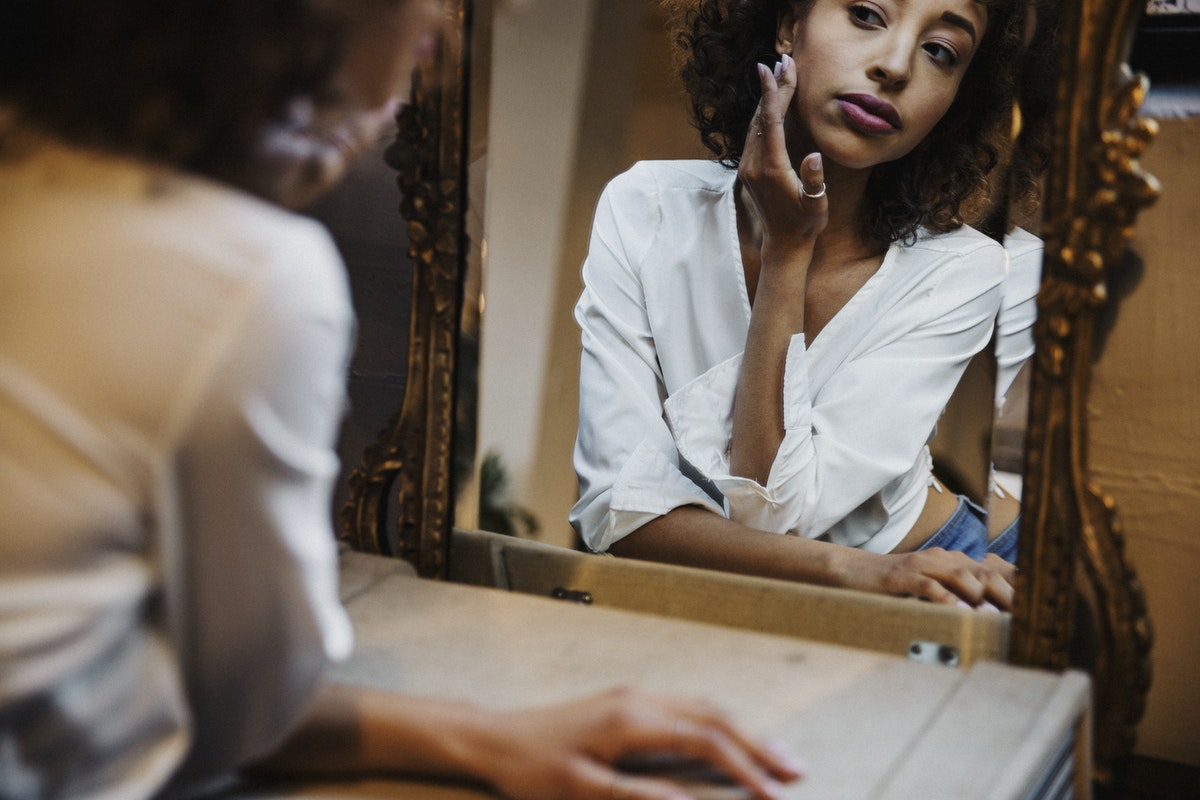 When body image is discussed in society, it's often viewed as an issue which impacts mainly girls and women. However, this may not be accurate as some people believe. Documentation from The Atlantic states that roughly 18% of boys have concerns about their physique and their weight. Moreover, boys who suffer from this type of negative body image are likelier to experience depression and engage in the use of alcohol and drugs. The adverse aftermath of negative body image does not discriminate; girls and body, men and women alike can experience it.

One of the greatest effects that body image has on an individual regards their self-esteem. The parallels between these two entities are well-documented. Here to Help explains that a positive body image makes one likelier to feel confident, capable, and worthy of respect. Moreover, the quality of one's body image maintains ties to mental health, for better or for worse. Individuals who struggle with negative body images are more susceptible to engaging in unhealthy habits. Being the vicious cycle that it is, unhealthy habits are very likely to further enable a negative body image and, by extension, low self-esteem.

Self-esteem matters. It determines whether or not someone values themselves. Self-esteem pertains to one's opinion of who they are. Habits, decisions, and even the company that one keeps are directly impacted by whether or not they have high self-esteem or low self-esteem. Many studies have shown that people with the former are likelier to engage in healthy habits, make wise, advantageous choices, and surround themselves with productive, like-minded individuals. Conversely, people who suffer from low self-esteem may be more vulnerable to accepting mistreatment from others, partaking in unhealthy lifestyle choices, and ending up in toxic, destructive relationships.

Ultimately, body image and self-esteem matter for the following reason: truly loving oneself is virtually impossible when maintaining extreme discomfort or loathing with one's body. No matter where anyone goes, they take their body with them. Each person is reminded of their body when they bathe, shower, get dressed, take off clothes, etc. Favoring certain parts of one's body over other parts does not necessarily equate to a negative body image; however, when someone genuinely feels unhappy about their size, weight, or appearance, they are afflicted with a negative body image.

It goes without saying that body image impacts the way people see themselves and value themselves as a whole. For this reason, if someone truly suffers in this regard, improving their body image should be a priority. Thankfully, this is something that can be done. It will require work, commitment, discipline, and even lifestyle changes, but body image can be improved. The Huffington Post sheds light on a variety of options for people who may be suffering from a negative body image. 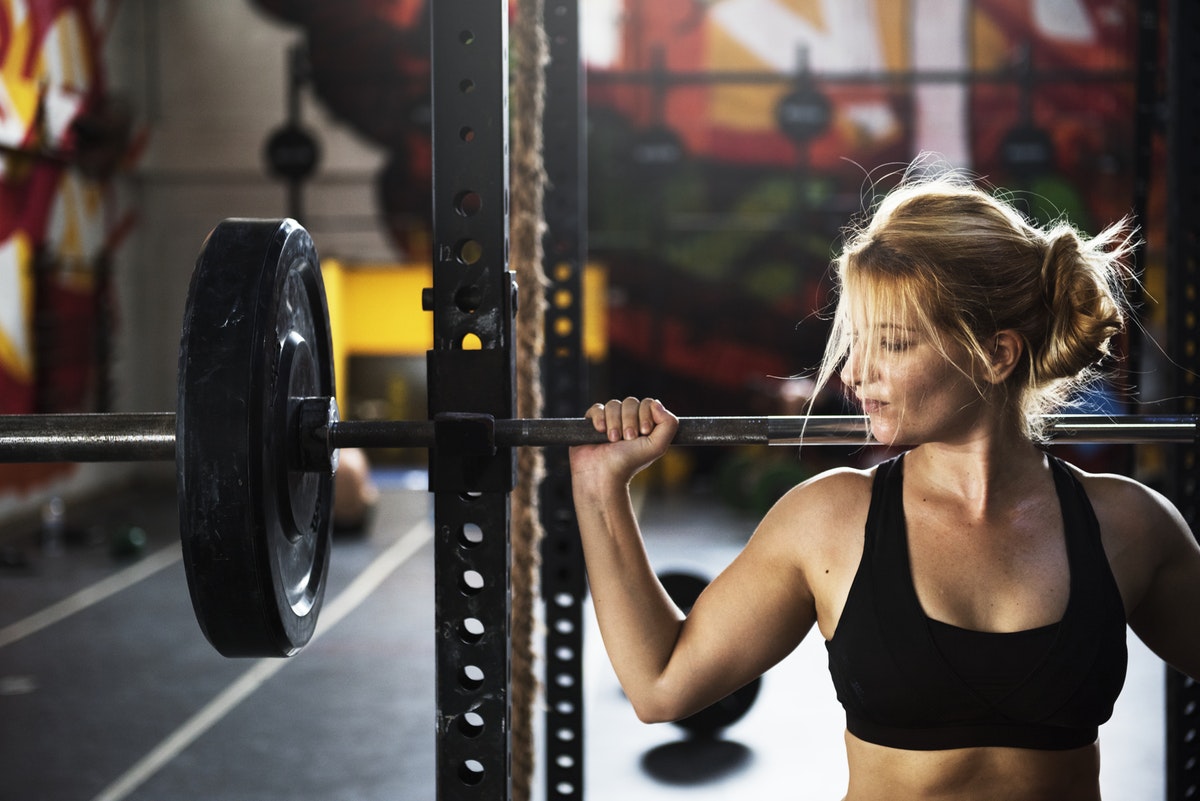 First and foremost comes viewing the media in moderation. This may be somewhat challenging; the media surrounds us. Laptops, smartphones, televisions, iPads, and other forms of technology are gateways to the media. Unfortunately, people who suffer from negative body image tend to compare themselves to the glamorous, skinny supermodels or ripped, shredded men that they see on TV and in magazines. This can be quite toxic and even with the most admirable efforts, completely avoiding the media is virtually impossible in this day and age. Therefore, this leads to the next, effective manner of improving body image.

More often than not, the media itself does not contribute to negative body image, but, as previously stated, a comparison often does. One of the best ways to create a positive body image is by understanding that everyone evolves at their own pace. Furthermore, it is critical for each person to understand the supermodels and shredded men they see in ads and music videos are often photoshopped, altered with makeup, or both. Nobody is perfect; we all fall short in one regard or another. The key is not to beat ourselves up over it.

Moderate media consumption and ceasing comparisons are great, but they can only take someone so far. To truly go from a negative self-image to a positive one, it's going to take some work. A person who wants to lose weight or become healthier may benefit from exercising and eating healthier. This doesn't have to mean hitting the gym for six hours each day or eliminating carbs and sugar from one's diet. However, it may mean walking half a mile every other day or eating dessert twice per week instead of five times per week. There is always room for growth and improvement. As the body gets used to exercising and a healthier diet, these lifestyle changes will become considerably less challenging.

People who aim to gain a positive body image should also look into taking up a hobby. While negative body image can engender low self-esteem, the latter can also be the cause of the former. Having something to be excited about, finding an activity which provides happiness and fulfillment creates purpose. Purpose, in turn, leads to growth and personal satisfaction over time. Positive body image is something which can not be given. Peers, friends, and relatives can compliment someone as much as they please, but if the individual does not believe the praise which is being given, it won't make a difference. Avoiding triggers, ceasing comparisons, taking steps to improve, and seeking purpose will gradually make a difference as time goes by.

Body image affects people in more ways than they realize. Self-esteem is only the point of the spear. For someone to truly be happy and content with who they are, they must maintain a positive body image.

People who have yet to reach this milestone should not beat themselves up or feel bad. Everyone grows and progresses at their rate. Going through the process of achieving a positive body image can engender growth and personal strength.

Individuals who ongoingly suffer from a negative body image, even after attempting the improvement strategies above, may benefit from seeking professional help. There could be deeper issues beneath the surface. The poor quality of one's body image may be a symptom and not the real problem. Investing time into sessions with a counselor or therapist can work wonders and truly provide aid to people who are struggling or going through tough times. 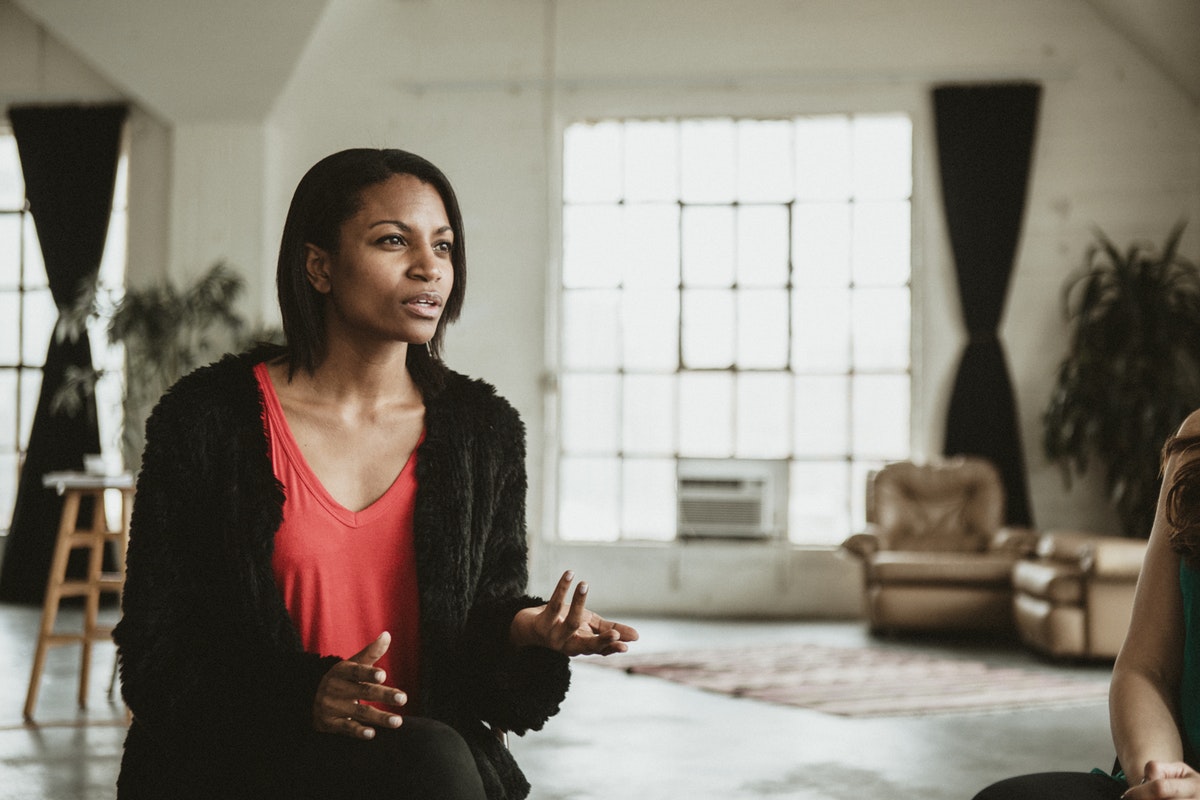 Asking for professional help is not something that all people are initially comfortable with. Sometimes it's viewed as intrusive. Other individuals may view therapy or counseling as something which is reserved for those who are weak. Pride and ego can also be factors which create conflict.

Despite the preceding reservations and concerns, it's important for each person to know that it's OK to ask for help. No matter how wise, strong, or capable one is, everyone needs help sometimes. Many of the best people have connections and a network of friends who they can rely upon and count on. In many cases, a counselor or therapist is often a part of that network.

Here at BetterHelp, our priority is to provide guidance and assistance to anyone who contacts us. No matter who you are or what you may be dealing with, you are not alone. Help will always be given to those who ask for it. BetterHelp will always exist as an option and alternative. You can contact us at any time by clicking here.

Previous Article
Can Muscle Dysmorphia Be Considered An Eating Disorder?
Next Article
Help! Why Do I Hate My Body?
For Additional Help & Support With Your Concerns
Speak with a Licensed Therapist Today
The information on this page is not intended to be a substitution for diagnosis, treatment, or informed professional advice. You should not take any action or avoid taking any action without consulting with a qualified mental health professional. For more information, please read our terms of use.