Bullying and what those who experience it face has gained more and more attention over the past few years. This is good because this spotlight encourages people to actively take steps to prevent bullying and help individuals who are targeted. However, for as much good as this has done, understanding the psychology of bullying perpetrators is equally important. This allows for a closer examination of individuals who mistreat others. Furthermore, when the masses understand what's behind the bully, there is potential for even more societal progress. In society, there are a variety of factors that drive bullies. Despite the toxicity of this behavior, understanding its psychology is key to making further strides against bullying. People usually become bullies for a reason, regardless of how ugly or terrible it may be.

In many cases, when bullies hone in on someone, they perceive this person as a threat. The target of bullying may be "different" or otherwise unique in a way that stands out to the bully. Bullies often pick on individuals who they view as a threat, whether this is a threat to their potential business success, ego, or self-esteem. Whether or not someone actually does pose some type of threat by being "different" often varies. Regardless, the actions of bullies are never justified. In many cases, bullies are only subconsciously aware that they're feeling threatened by someone else.

We live in a world where a lot of emphasis is placed on power and getting as much of it as possible. Unfortunately, there are many individuals who internalize this and believe that knocking other people down is the best way to build themselves up. This is especially common when people are targeted in the workplace or in various social circles. Sometimes, this goes back to bullies feeling threatened by the individuals who they target with their bad behavior. In other cases, bullies wish to instill fear in others as a means to gain power; they don't care about the target of their behavior being a casualty of their quest for power and control.

One of the less commonly discussed motivations of bullies is revenge. There are certain times where bullies genuinely believe that their target wronged them (or someone they care about) at one point or another. Whether or not this belief is accurate depends on the precise nature of circumstances; however, bullying is never the answer. If someone did, in fact, do wrong, it's up to the person to appropriately report the matter to the proper authority figures, not become a bully. Vigilante justice and revenge quests have endless propensity to go wrong and make matters worse for everyone involved.

In some cases, bullies act on innocent others because the bully was harmed by someone in the past. This could be motivated by revenge or an attempt to take back power that was once taken from them through past abuse. Again, this does not excuse the behavior of hurting someone else. This is only an attempt to understand where this behavior could be coming from.

The online world and social media have many upsides, but they've also opened the door to cyberbullying. As such, there's become a new phenomenon of people hiding behind phony accounts and anonymity in order to target someone else online. Sometimes, these bullies personally know their targets. Sometimes they don't. Many cyberbullies may have personal issues happening in their lives, hence their desire to target other people as they conceal their own identity. Not all cyberbullies are anonymous; there are certain perpetrators of online hate who have no problem using their name and image, but many cyberbullies do hide behind their screens and fake social media accounts.

It is easier to attack someone when they are not in your immediate presence, and many cyberbullies get feelings of pleasure when other people "like" or pay attention to their attacks on others.

Pure sadism is certainly a factor with certain bullies and indicates a more pathological or even sociopathic drive behind their actions. For as terrible as this is, there are certain people who merely enjoy being able to punch down other individuals. We see this all the time in abusive relationships or criminals who go on to target individuals who fit a certain mold. When sadism is the strongest factor behind a bully's actions, they are likelier to be much more dangerous than bullies driven by other factors because they do not have a conscience or feelings of remorse.

Bullies And Unresolved Past Trauma

At first glance, perpetrators may seem powerful, dominant, and in control. After closer examination, there are many cases in which bullies have unresolved trauma from their pasts. When personal issues aren't dealt with in the appropriate manner, they do not go away, regardless of how badly people want them to. In many cases, they lay in wait, beneath the surface, getting worse and worse. Eventually, unresolved trauma can no longer be contained and begins to manifest in ugly ways. Bullying others is one of many horrific ways in which unresolved trauma can manifest. Unfortunately, there are times when former survivors of bullying go on to become bullies themselves. They may still be struggling with what happened to them in the past. In other cases, these people may believe that bullying other individuals in the only way to personally shield themselves from present-day bullies. Sadly, this way of thinking is flawed and only continues the toxic, vicious cycle of bullying. The impacts of bullying are very well-documented; going on to become a bully oneself is another impact which people need to be aware of. Hurt people hurt people.

The Importance Of Stopping Bullies

Understanding the psychological factors and urges behind bullies is absolutely paramount to stopping them. In many cases, the onus is placed on the targets of bullies. These people are often told to report the incident or otherwise take actions to prevent themselves from being further targeted, and this isn't necessarily a bad thing. Be that as it may, placing the onus on the perpetrators of toxic behavior is imperative.

The rise of anti-bullying campaigns and platforms may create the illusion that bullies are never rewarded for their bad behavior. Unfortunately, this simply isn't true. There are many cases in which bullies are viewed as more powerful and dominant when they're punching down on others. This has been partially attributed to social hierarchies and whatnot, but the reason does not justify rewarding toxic actions.

Turning a blind eye to the actions of bullies is another thing that indirectly rewards the behavior. Anything which does not stop bullying inherently rewards it, regardless of how subtle it may be. Sometimes, people ignore bullies because they don't want to be bullied, but this mindset is problematic. It shows indifference toward those who are currently being targeted and does not guarantee that bullies will not turn on others one day.

Punching others is not strength. Making someone miserable and unhappy with themselves is not power. True strength and power do not rely upon ripping other people apart and stomping on them. Someone who is truly strong and powerful can shine and elevate without having to bully others. This is something which bullies and everyone else need to be aware and informed of. Breaking the cycle of bullying on all fronts and from all angles is absolutely paramount.

The Promotion Of Mental Health And Wellness

Understanding the psychological factors behind a bully's bad behavior is certainly impactful. However, promoting mental health and wellness is another great way of putting an end to bullying. This can help survivors, bystanders, bullies, and potential bullies. People who have witnessed or been subjected to bullying need to heal just as much as individuals who inflict pain and harm upon others.

Bullying is not healthy. No matter how rich, successful, popular, or otherwise well off a bully may appear to be, the intentional mistreatment of other signifies a problem.

Likewise, being targeted by a bully does not mean that someone is weak. Despite the rise of attention which bullying has received over the past few years, there are still certain undertones which suggest that only weak people are bullied. Once again, this type of mindset places the onus and blame on individuals who are targeted, as opposed to bullying, which is innately predatory behavior. So often, people are led to believe that attempting to deal with each and every issue by themselves is a show of strength. The reality is that everyone will, at some point, need help and there's nothing wrong with recognizing this. Understanding that you don't have to face every obstacle by yourself is part of being human and living in a world with other people. You are not weak because you feel tired or overwhelmed.

In the present day and age, signing up for online therapy with BetterHelp is one of the most efficient ways to get professional guidance that can change your life. Online therapy ensures that a specialist is able to work with you, regardless of where you are or what your situation may be. Not having to uproot your lifestyle in order to get professional help is a benefit that everyone deserves access to.

In reality, access is the reason why many online therapy platforms exist. And just because it might be easier to access than traditional therapy doesn’t mean that it’s not as efficient. There’s data and research to support this. A New York Times article outlined some of those studies, summing the entire matter up by saying that remote therapy can be just as effective for treating post-traumatic stress disorder, depression, and anxiety.

And like we said, online therapy is made to be easy to access. If you’re a person who has trouble leaving your home for any reason, online therapy is still available to you if you have a secure internet connection. Online therapy also tends to be cheaper than traditional therapy.

Here are reviews by recent users experiencing similar issues about their therapists:

“Suzanne is attentive, insightful, knowledgeable, respectful, kind. Some us come from backgrounds where no one was kind or normal with us. Suzanne helps me see that that was really unpleasant to live through but that there are so many good things that can be in my life.” Read more about Suzanne Schoenfeld.

“Working with Contrina is so helpful and she has been so understanding. I’m so glad I turned to her to help me with a problem that has been years in the making. She offers me the outside perspective I need to break out of a cycle of hurt and anger that is affecting me deeply. She is wise, authentic, relatable and unfailingly kind. She has challenged me and pushed my thinking. I’m grateful to work with her in such a unique and convenient way.” Read more about Contrina Wilcox.

Whether your issues relate to bullying or another matter entirely, always remember that help will be available to those who are willing to ask for it.

Previous Article
How To Stop Sibling Bullying In Your Household
Next Article
How To Stop A Bully from Hurting You And Others
For Additional Help & Support With Your Concerns
Speak with a Licensed Therapist
The information on this page is not intended to be a substitution for diagnosis, treatment, or informed professional advice. You should not take any action or avoid taking any action without consulting with a qualified mental health professional. For more information, please read our terms of use. 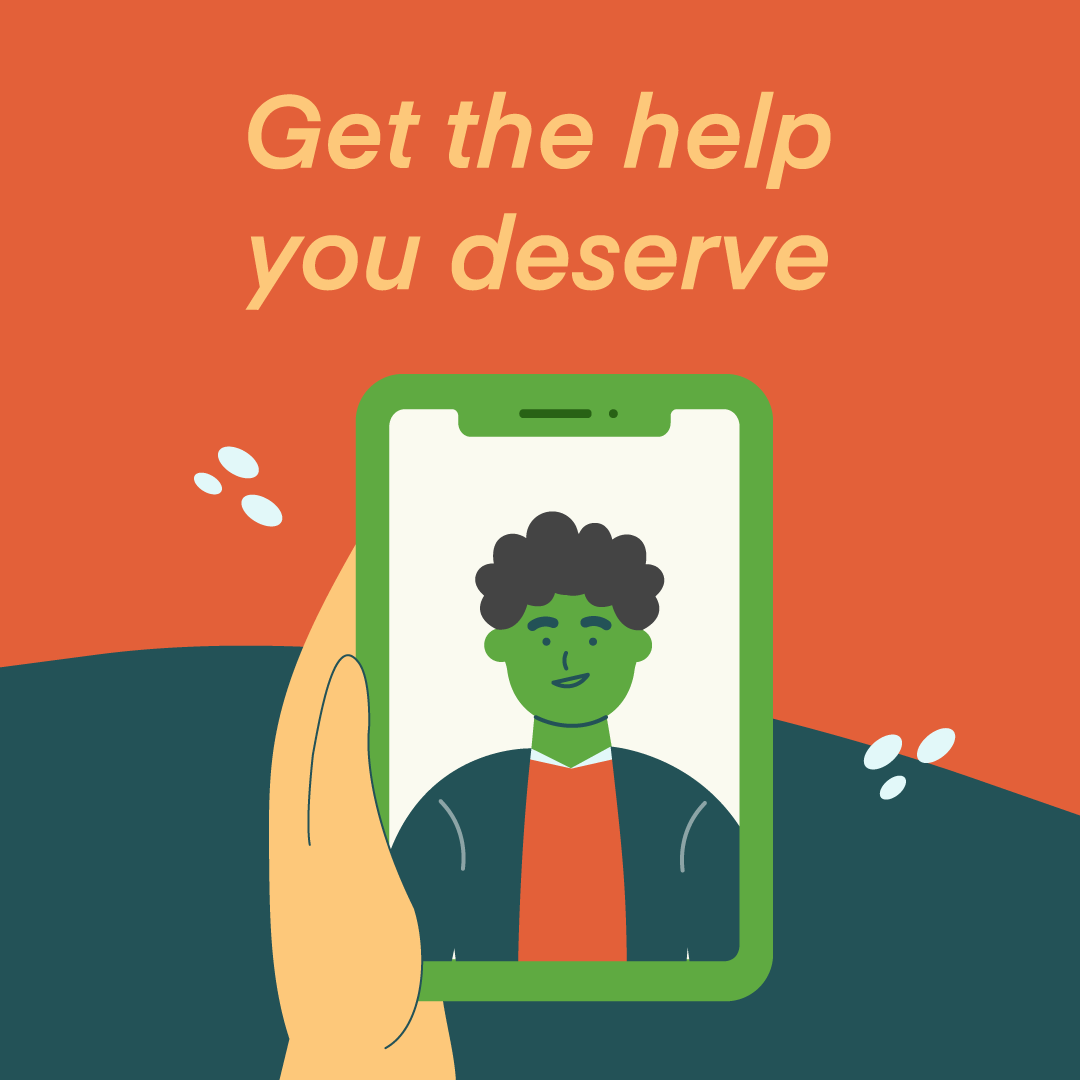