Diffuse Lewy Body Dementia is the second most common type of degenerative dementia, affecting over 1.4 million people and their families in the U.S. every year. Many people have never heard of it, and even many doctors are unfamiliar with how it is diagnosed and treated. 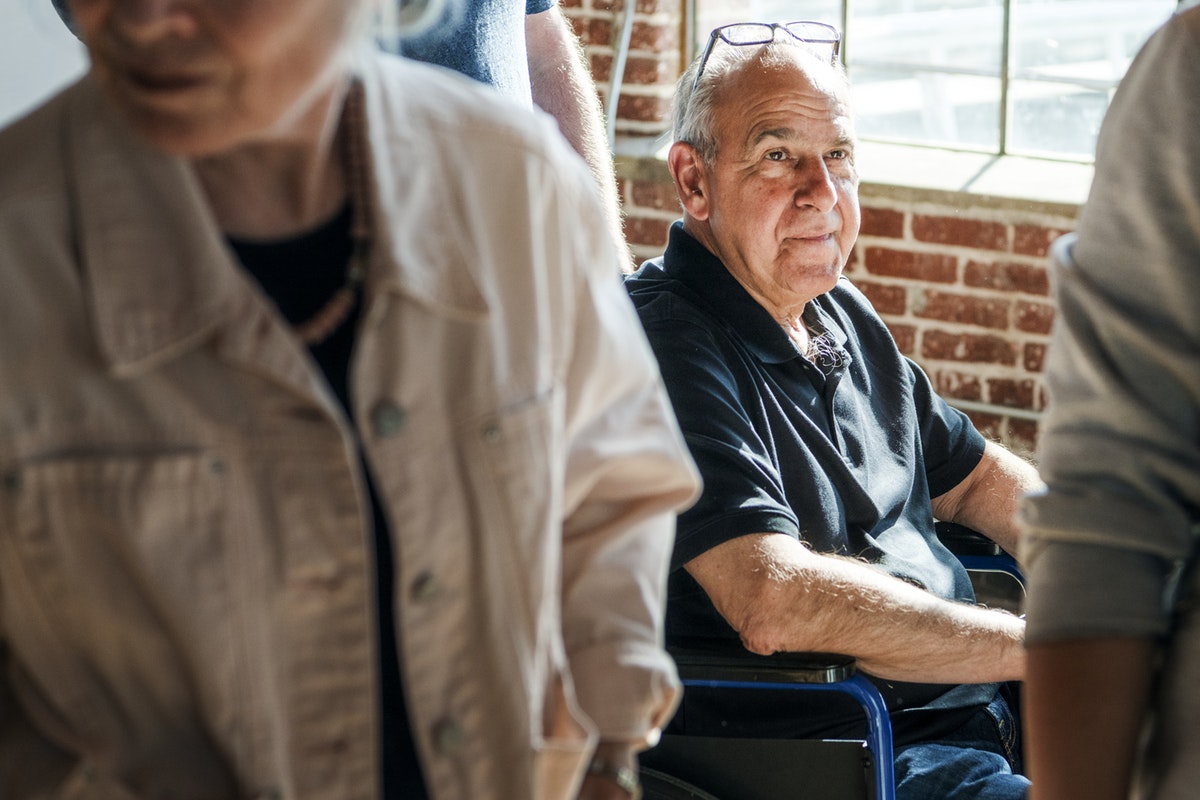 Diffuse Lewy Body Dementia is a brain disorder that gets progressively worse over time. It's characterized by Lewy body deposits in certain areas of the brain that control thought, behavior, and movement. Diffuse Lewy body dementia also affects the autonomic nervous system, bringing on problems with blood pressure and temperature regulation and bladder and bowel incontinence.

What's The Origin Of The Name?

Over 100 years ago, in 1912, Fritz Heinrich Lewy was studying the brains of people who had had Parkinson's disease. He found that there were bodies of protein in the nerve cells of the basal ganglia of the brain. The basal ganglia are structures in the base of the brain that are involved in movement and coordination.

Although Lewy noticed these bodies, he didn't know that it was characteristic of a specific type of disease. Nevertheless, his contribution to the science of dementias was significant enough that the Lewy bodies and later Lewy body dementia was named after him. 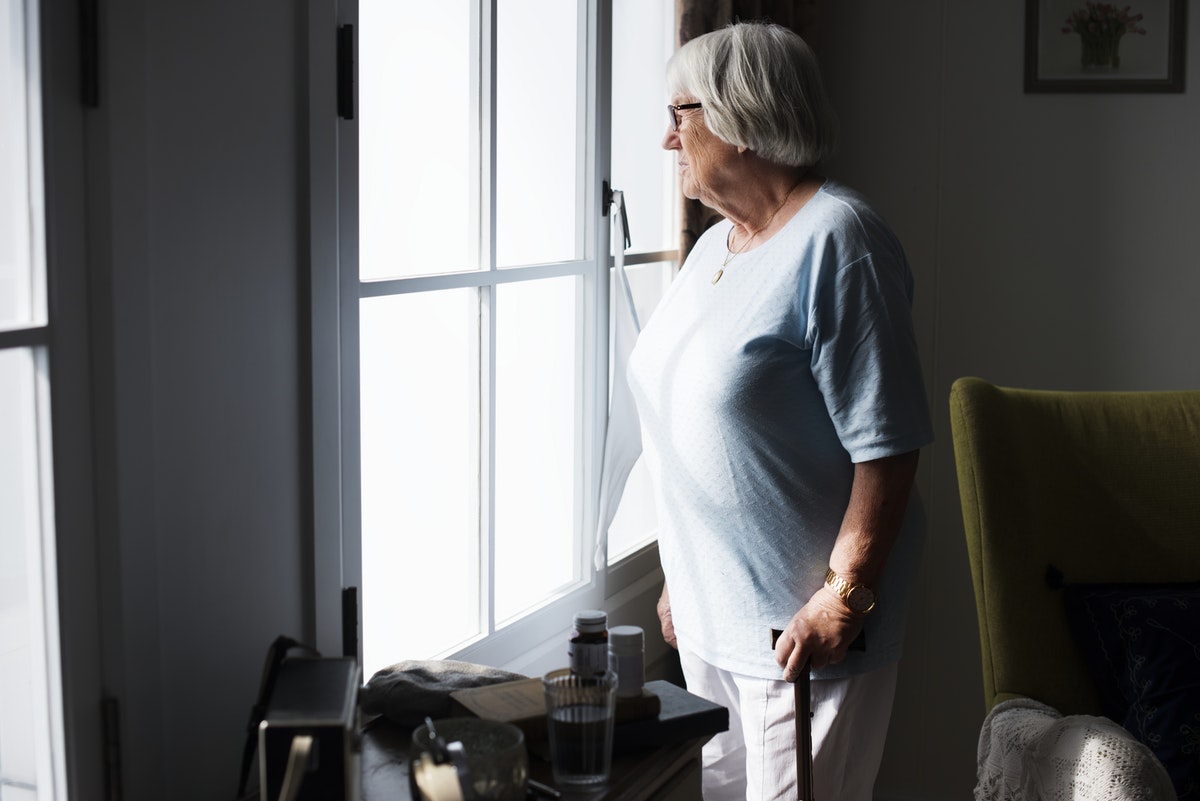 What Is A Lewy Body?

So, what exactly is a Lewy body? Lewy bodies are abnormal formations of protein. They develop inside nerve cells and contribute to Parkinson's disease with or without dementia and Lewy body dementia. The look like a spherical mass and have a dense core and a radiating halo.

What Does "Diffuse" Mean In LBD?

Something that is diffuse is spread out and not concentrated. The reason the word "diffuse" is used as a part of the name of diffuse Lewy body dementia is that it indicates that the Lewy bodies have spread out over large areas of the brain.

How Lewy Bodies Affects The Brain

Lewy bodies impact the way the brain works. They can cause several types of problems with brain functioning that go beyond the usual forgetfulness of old age.

The reason this doesn't usually happen is that, for healthy people, their body is extremely relaxed or paralyzed during REM sleep. For people with LBD, the nervous system doesn't do this job, so the muscles remain tensed as if they were awake. Their dreams may be frightening, and because of the RBD, they act them out.

In most dementias, any hallucinations, delusions, or other behavioral disturbances can be treated with neuroleptic medications such as haloperidol. However, 50% of people with Lewy body dementias have an extreme sensitivity to these medications. They have severe reactions that can lead to faster cognitive decline, parkinsonism, drowsiness, neuroleptic malignant syndrome (NMS),or even death. NMS is a life-threatening reaction to neuroleptics that can cause fever, rigidity in the muscles, and changes in mental state.

Dopamine transporters are proteins that manage the reuptake of dopamine to end a dopamine transmission. People with diffuse Lewy body dementia have decreased dopamine transporter activity in their brains. Scientists can measure the level of this activity. The effects are changes that cause Parkinsonism symptoms. 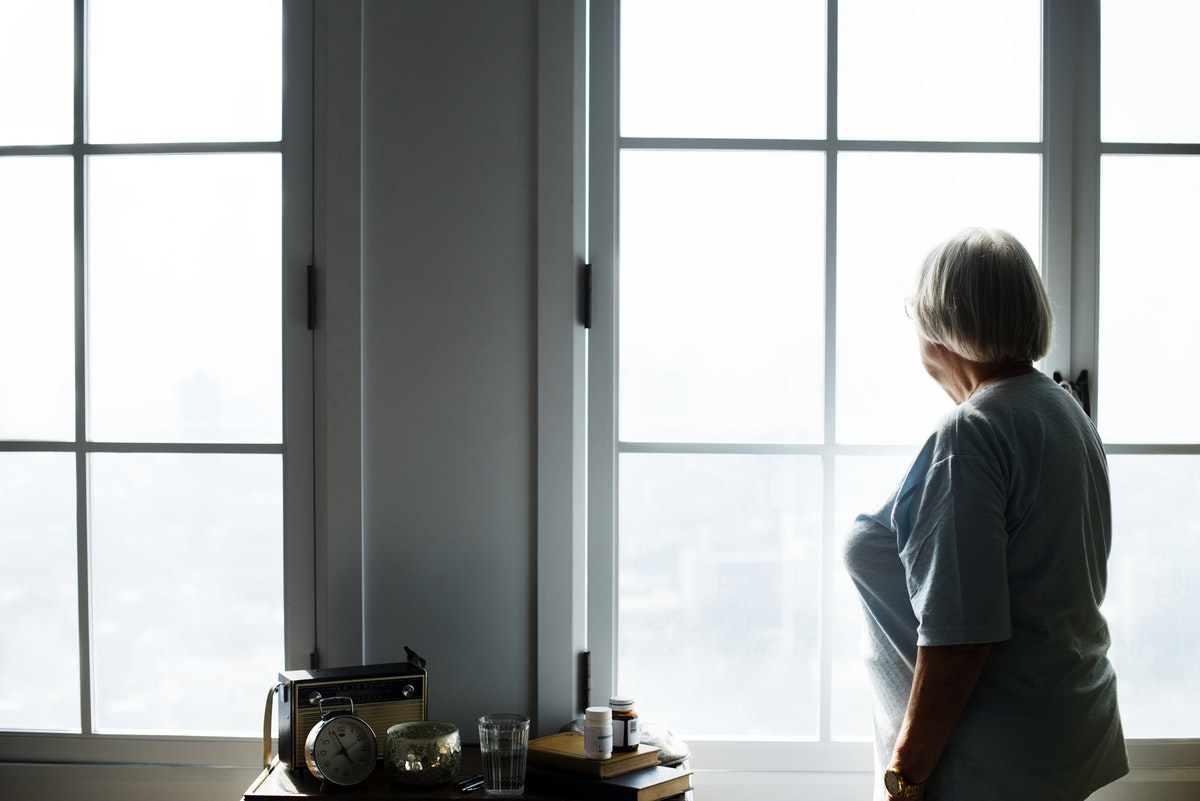 Scientists know little about the risk factors for diffuse Lewy body dementia. What is certain is that LBD is more common in males and the elderly.

New research indicates that some of the risk factors for Alzheimer's and Parkinson's diseases may also be common in people with Lewy body dementia. The following factors can reduce the risk of this disease: 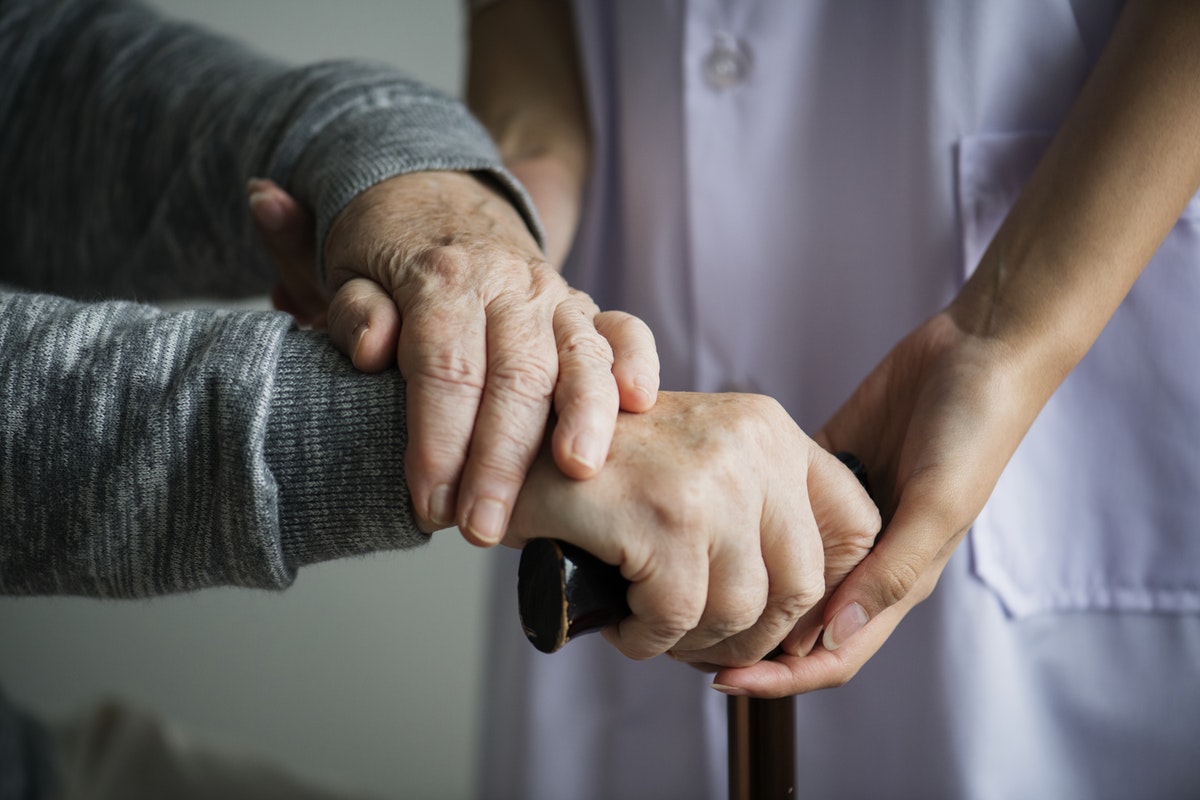 Memory problems may be the first clue that you or a loved one has some form of dementia. People with diffuse Lewy body dementia can be forgetful. They can also have trouble with problem-solving and analytical thinking. It's hard for them to plan something or follow a plan step-by-step. They may be very alert and attentive at one time of day and confused or lack concentration at another time.

People with LBD may have trouble interacting in conversations or may speak in disorganized ways. They may become confused. Spatial relationships may be difficult for them to assess, and they may lose their sense of direction.

In addition to acting out dreams due to RBD, people with diffuse Lewy body dementia may have other problems with sleep. They may fall out of bed often, be extremely sleepy during the day, have insomnia, or suffer from restless legs syndrome.

Because diffuse Lewy body dementia affects the autonomic nervous system, it can cause problems in basic physical functioning. You may feel lightheaded. You may become increasingly sensitive to heat and cold. You may have trouble with sexual dysfunction and urinary incontinence. Constipation is common. You may even lose consciousness or have unexplained blackouts.

Unpredictability In Severity Of Symptoms

One of the most striking signs of diffuse Lewy body dementia is that your condition can change dramatically from time to time. You never know when you're going to have a good day or a bad one. You may even get better or worse from morning to evening. The unpredictability can bring false hope or despair.

It's hard to know what to expect with diffuse Lewy body dementia. This is true not only from day to day but also in the long term. Some people can live with Lewy body dementia for up to 20 years. Others don't survive for two years. The average time people live with LBD is 5 to 7 years after a diagnosis can be made.

With an early diagnosis, you or your loved one can receive treatment for their symptoms. You can also benefit from community resources and information about how to care for a loved one with LBD.

How LBD Is Diagnosed

Doctors start the assessment for diffuse Lewy body dementia by talking to the patient and possibly their family to learn about all the symptoms they're experiencing. Which symptoms are most important? First is the progressive decline in cognitive ability. Also, two core symptoms must be present:

The doctor will check your vital signs and may ask you to do so at home for a period as well. They are looking for instability in blood pressure, heart rate, and body temperature. They'll also note autonomic changes like sweating, excessive sleepiness, and loss of the sense of smell. 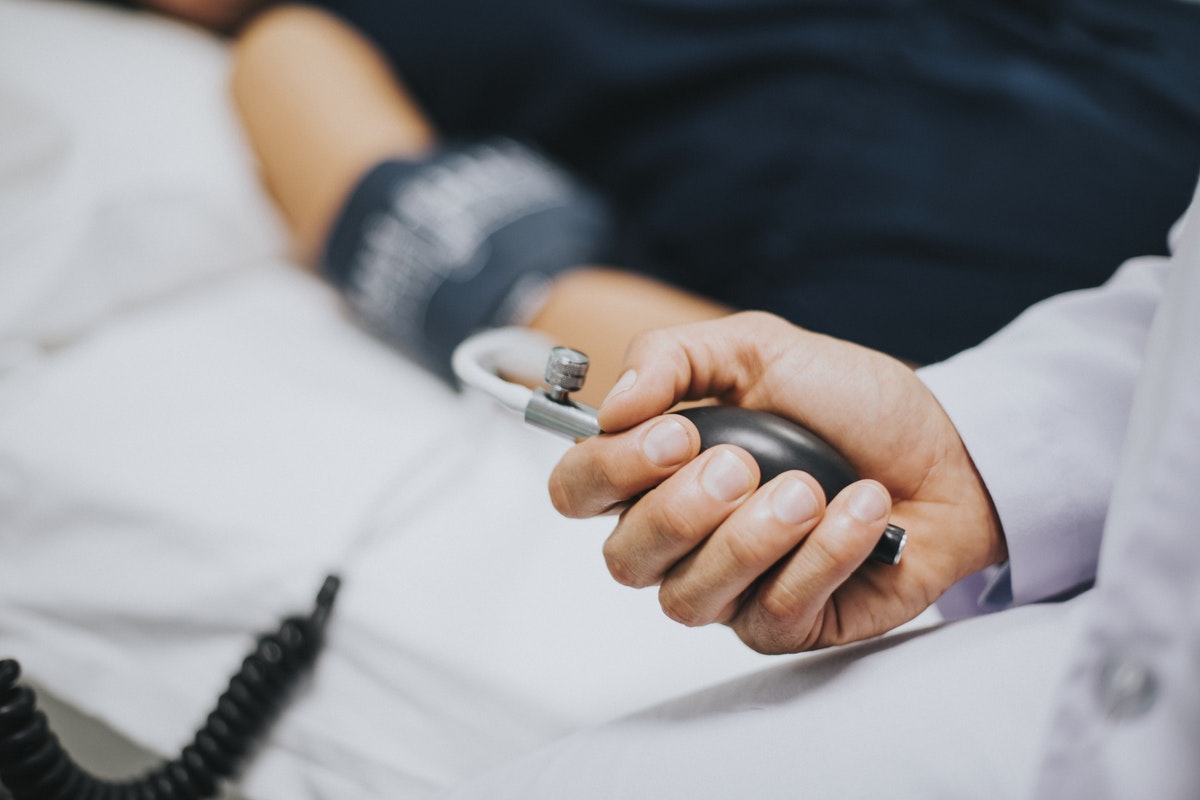 To check for Parkinsonian symptoms, the doctor may check your muscle tone, eye movements, reflexes, strength, balance, and gait. To test for cognitive problems, the doctor may give you a pen and paper or oral test.

It's important to know how long symptoms have been going on. Doctors use the one-year rule for distinguishing between Parkinson's disease and dementia with Lewy bodies. The rule is that if cognitive difficulties happen more than a year before movement problems start, the diagnosis is Parkinson's disease dementia. However, the diagnosis of dementia with Lewy bodies is more appropriate if the cognitive symptoms start at the same time or at least a year before the movement problems begin.

One of the first things your doctor may do is to take tests that would rule out other diagnoses. For example, they might give you a blood test to make sure your problem isn't due to an underactive thyroid.

Your doctor may also do imaging tests to support the diagnosis if they determine that you probably have diffuse Lewy body dementia. There are no definitive answers the doctor can gain through tests alone. However, the tests may still be helpful. These can include: PET scans, single-photon emission computerized tomography (SPECT), tests to check nerve function in the heart or sleep studies to monitor brain wave activity.

There's no cure for diffuse Lewy body dementia yet. However, some medications and treatments can help.

Medications can help slow the progression of cognitive decline, minimize Parkinsonian symptoms, and help relieve other symptoms. These medications include:

The one medication that should almost always be avoided for people with diffuse Lewy body dementia is an older antipsychotic, also known as a neuroleptic. There are newer antipsychotics that may be useful and possibly less harmful.

A variety of therapies are available to help people with diffuse Lewy body dementia. These therapies can help LBD patients function better in their daily activities, be more physically comfortable, and deal with their emotions better. These include: 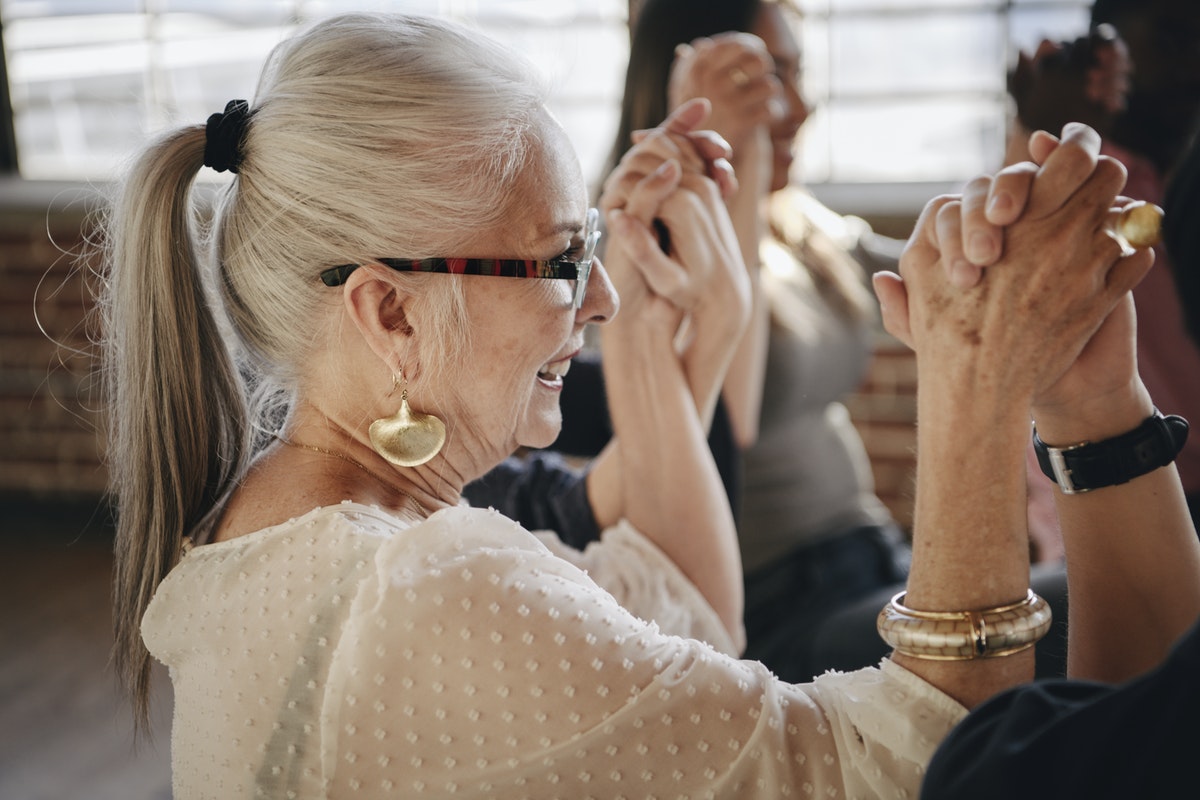 Individual and family therapy are available for people with diffuse Lewy body dementia and those who care for them. Therapy has both practical and emotional benefits. A therapist can teach problem-solving skills, relaxation techniques, and coping methods.

In family therapy, you can learn to understand what the others are going through, get better support from them, and find out how you can improve your situation. You can also do many of these things in individual therapy. In private therapy, you may feel freer to express your rawest emotions or discuss past traumas that affect the way you are experiencing the illness now.

You can talk to a licensed counselor at BetterHelp.com for private online therapy. You'll be matched with a therapist who is suited to helping you with issues related to dementia or other mental conditions. Diffuse Lewy body dementia is a difficult diagnosis to face. With the right help, it becomes a little easier.

8 Tests For Finding Cognitive Errors In Dementia Patients Dementia Statistics You Need To Know Vascular Dementia: Symptoms And Possible Treatments Subcortical Vascular Dementia: What It Is, And What To Expect If You Have It The Pathophysiology Of Dementia: What Causes It? Medications For Dementia Can Help Significantly
The information on this page is not intended to be a substitution for diagnosis, treatment, or informed professional advice. You should not take any action or avoid taking any action without consulting with a qualified mental health professional. For more information, please read our terms of use.
Your session is about to expire!