How To Treat Depression In Teenagers

The statistics about teenage depression are scary. A study done by Johns Hopkins Bloomberg School of Public Health found that clinical depression in teenagers increased nearly 40% from the Year 2005 to 2014. On top of that, the National Institute of Mental Health has estimated that the number of children between the ages of 12 and 17 that have had a depressive episode in the past year has hit 3 million. There's a problem in America with depression in teenagers that needs to be addressed. 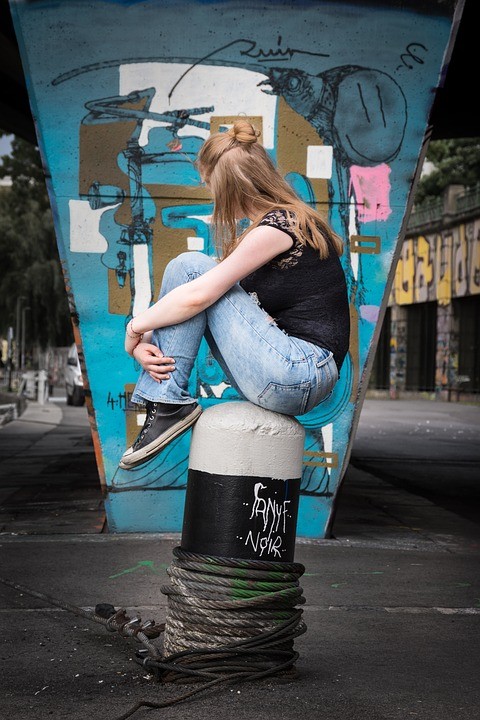 Need Guidance On How To Support Your Teen With Depression?
We're Here To Help - Sign Up Today
This website is owned and operated by BetterHelp, who receives all fees associated with the platform.

The American Psychiatric Association describes what depression is by saying, "depression (major depressive disorder) is a common and serious medical illness that negatively affects how you feel, the way you think and how you act. Fortunately, it is also treatable. Depression causes feelings of sadness and loss of interest in activities once enjoyed. It can lead to a variety of emotional and physical problems and can decrease a person's ability to function at work and home."

Depression is a mental health disorder that makes it difficult to carry out day-to-day activities. Teenagers with depression may struggle to go to school, go to social gatherings, or to participate in any activities.

Depression is not sadness like some people think. While depression may make some people feel sad, it is much more than this. It impacts the way that a person thinks, feels, and behaves over a long period.

Symptoms Of Depression In Teens

The symptoms of depression in teenagers are very similar to the symptoms that you look for in adults with depression. The main things that you can look for are behavioral changes, mood changes, and changes in their physical symptoms.

Teenagers that are depressed may become more irritable than usual and become withdrawn. This can be a difficult symptom in itself to recognize in teenagers because they are typically known for being moodier and withdrawn from their family. However, there are other symptoms that you can watch for as well, along with a bigger shift in their mood.

Lack of motivation, fatigue, and low energy are all signs of depression that should be watched for. While it's normal for teenagers to want to sleep more, look for signs of lethargy and them to not want to get out of bed throughout the day. Or, they may not be able to sleep even when they're trying to. Any changes in sleep habits can be a sign of depression.

Change in eating habits such as loss of appetite is also a sign of depression. 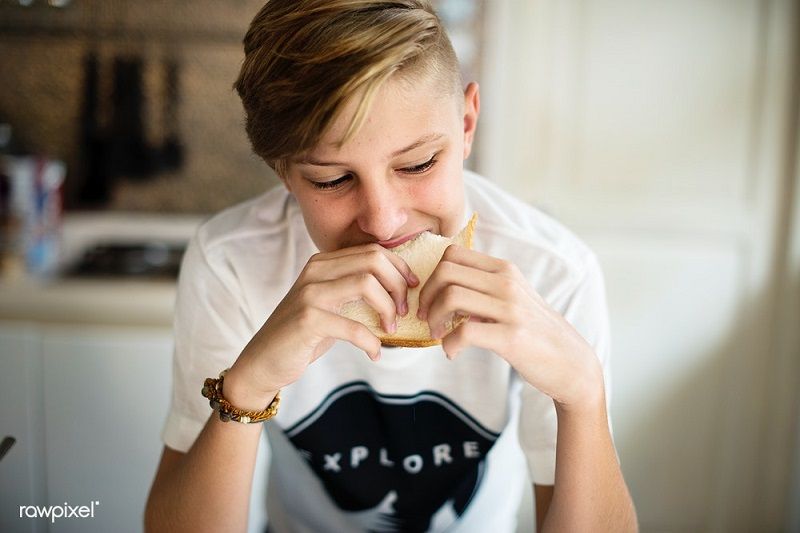 Just like adults, teenagers that are experiencing depression may feel inadequate, worthless, excessive amounts of guilt, shame, lonely, or empty.

Watch for behavioral changes and physical changes in a teenager with depression as well. This could include a change in their performance at school, athletics, or after-school job. It could include them engaging in reckless behavior, such as how they drive or substance or alcohol abuse. They could become more irritable and angrier in their actions. They may stop putting as much effort into their appearance as they used to.

They may also complain of physical symptoms such as digestive problems, headaches, cramping, or other physical pain. Sometimes depression and anxiety show up in different parts of the body for different people.

If you think that your teenager is depressed, it's important to watch for any changes in their normal behavior.

What Causes Depression In Teenagers?

If a teenager already has a sort of predisposition to depression, and they experienced traumatic events, it could cause them to experience increased symptoms of depression. This could include things like bullying, being abused, losing a loved one, being in a bad relationship, or having a relationship end. 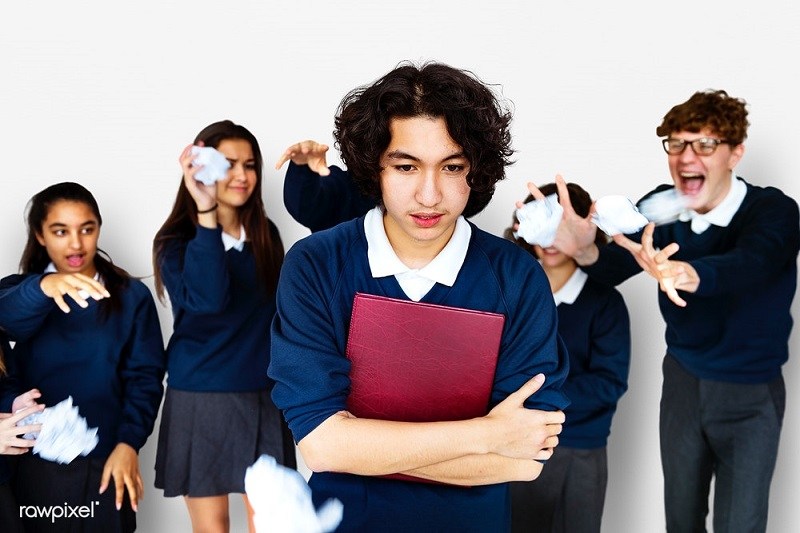 Need Guidance On How To Support Your Teen With Depression?
We're Here To Help - Sign Up Today

While these are the same as they are for adults, there are a few challenges that seem to be impacting teenagers on a different level. The use of social media in recent years has made it even easier for teenagers to be playing the popularity game. Bullying is no longer just contained to being on school property or the bus to and from school. There's now cyberbullying which can happen anytime and anywhere. It removes a teen's chance of getting away from it and taking a break. It also makes it much easier for rumors to be spread throughout entire school populations.

Social media also makes for easy comparison games between kids. Social media makes it easy for people to post and share pictures that are touched up, filtered, and make things seem better than they are. This can cause some teenagers to fall into playing a constant comparison game to see how they stack up against other kids. This can lead to feelings of inadequacy, worthlessness, and a lot of problems.

Some people believe that the younger generations are struggling more with anxiety and depression because they are not being taught that it is okay to fail. Because they are given awards and certificates for participation, whether they performed well or not as children, they are not learning how to properly handle failure. So, as life gets harder when they get older, they don't have the proper coping skills of knowing how to handle when things aren't going their way. This can cause them to feel like there's something wrong with them as they struggle through these situations.

As older teenagers enter college, they are faced with new situations and are often removed from their closest support group. This can be an overwhelming time for many students, which can lead to anxiety and depression.

Why We Need To Be Concerned

We also need to educate teachers, parents, and teens on what steps to take and what treatment is available for teenagers struggling with depression. They need to be able to know that they are not alone in their struggle, they're perfectly normal, and that there is help for them.

How To Treat Depression in Teenagers

Every school has access to either a school therapist or a therapist; they can refer students to. Many colleges offer free counseling for their students or very discounted pricing. It's important to help get teens in front of counselors that are trained in working with people their age.

There are several different types of therapy, including cognitive behavioral therapy, also known as CBT, that is effective at treating teens with depression. Therapy works by teaching people important coping skills that they can learn when they are experiencing symptoms of depression. This includes learning things like mindfulness and meditation to control your thoughts and replace negative thoughts with positive ones. 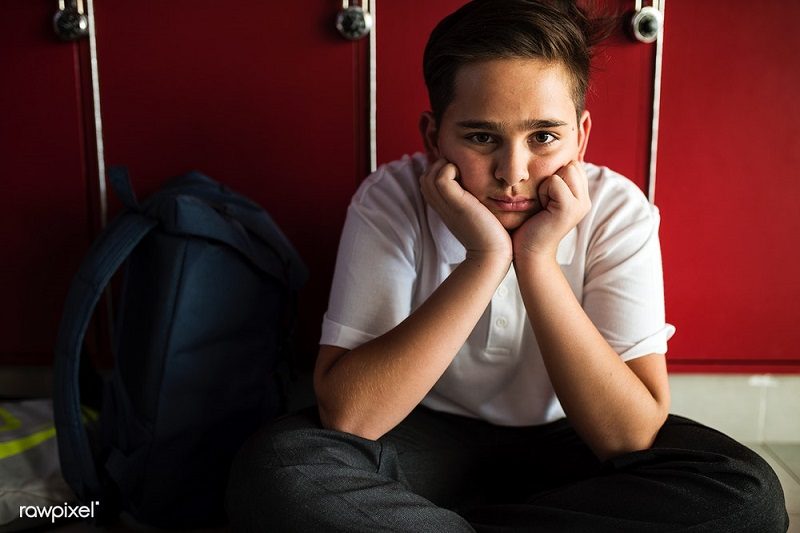 It's also important to teach teenagers lifestyle adjustments that they may need to make, such as improving their self-care. This includes what they eat, the rest they get, and exercise. It also includes teaching them how to benefit from using tools such as journals and exercises like deep breathing to get their depression under control.

And lastly, there are antidepressants that teenagers can use to help gain control of their depression. While some people don't like the idea of taking medication, it can be a very effective treatment to use while also working through sessions with a therapist to learn other coping mechanisms. Medication does not need to be, and for most people should not be, a permanent solution for depression. But, it can be an effective form of treatment to get things under control from the start.

If your teen is struggling with depression, find a local therapist for them to talk to. If you are struggling with your mental health challenges while trying to help your teenager, or if your teen is 18 or older, you can look at the option of online therapy. It's a convenient option that allows you to get the help that you need from a therapist from the comfort of your own home.

But, whatever you need to do, it's important to become familiar with the signs of depression in teenagers so we can start lowering the number of teens struggling with depression and anxiety and those that we lose from suicide.

Is Depression A Disease? Understanding The Facts

How People Cope With Service Dogs For Depression
You Don’t Have To Face Depression Alone. Our Experienced Counselors Can Help.
Get Help & Support With Depression Today