Mental Health Risks After A Concussion: Depression & Other Causes For Concern

The American Association of Neurological Surgeons defines a concussion as a brain injury which "results in temporary loss of normal brain function." Individuals who suffer concussions generally do so after a very direct strike to their head. Now, the physical impacts from a concussion are generally given more attention than the mental health risks. However, the brain controls virtually every other part of the body. Therefore, it goes without saying that even a temporary loss of regular functions within the brain can cause all kinds of issues. 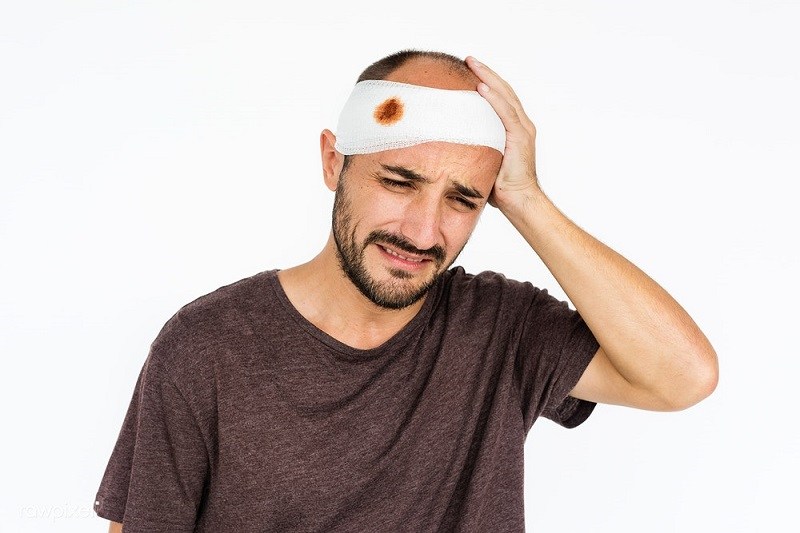 A Brief Overview of Concussions

While concussions do vary in severity and nature, doctors have affirmed that a concussion should never be classified as "minor," regardless of its degree. While one concussion may not cause long-lasting physical damage, the more concussions someone experiences increases their likelihood of permanent harm. Physical fights and intense sports are linked to the development of concussions; however, this does not mean that everyone who plays sports or gets into a fistfight will experience a concussion.

Believe it or not, not all medical exams are able to tell when someone has experienced a concussion. Nevertheless, there are three regular themes which are associated with concussions. Struggles with a series of physical motions, the lack of ability to retain coherent thoughts, and a high susceptibility to distractions are standard indicators of a probable concussion. Sometimes, an individual or the people around them may have trouble with determining whether or not a concussion is present. When in doubt, it's always better to err on the side of caution and see a doctor.

Additional indicators of a concussion include loss of memory, vomiting, ringing in the ears, loss of senses and a lack of balance. People who have recently undergone concussions may furthermore experience headaches and problems with their vision. As you can imagine, concussions of any nature are very serious. No one should make the mistake of thinking that a concussion of a lesser degree should be taken any less seriously than a more extreme concussion. Anything which causes the loss of brain functions ought to be regarded seriously, even if this loss is temporary.

According to the National Institutes of Health, roughly 20% of people who undergo concussions may subsequently experience mental health problems. Depending on the cause and specific nature of the concussion, these people may also be vulnerable to the development of depression or post traumatic stress disorder (PTSD). Of course, there are many factors involved in which mental health issues one experiences following a concussion; however, a past history of mental health problems can surge an individual's susceptibility in the wake of a concussion.

Why are approximately 20% of people who experience concussions likely to develop mental health problems than the remaining 80%? Well, it turns out that risk factors play a very significant role in the statistical discrepancies, as documented by Complete Concussion Management. The state of an individual's lifestyle, overall mental health and the manner in which they handle themselves after a concussion can significantly impact whether or not additional mental health issues follow after the initial incident.

Next comes the lifestyle factor. This is less known, but human interaction makes a very significant difference, especially when someone is working to come back from a concussion. It many cases, it can be tempting for people to close themselves off or isolate themselves, but this can have damaging impacts in the future. Being around people you care for and getting out into the world for safe, low-risk activities is healthy and can prevent the development of depression, loneliness and other negative states. 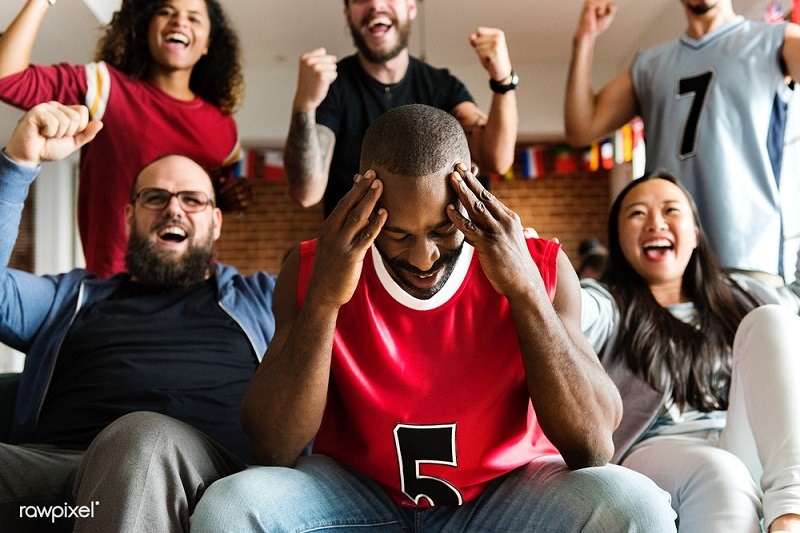 Following a concussion, it goes without saying that the recovery process is imperative. In many cases, proper recovery demands manual therapy, exercise therapy or a combination of both. Of course, as previously stated, lifestyle and healthy interactions with other people plays a role and makes a very significant difference. The chronological recovery time after a concussion can vary and no one should feel the need to rush the process.

Taking the proper steps in order to avoid the aforementioned risk factors is always imperative. However, precautions do not always lead to prevention. Unfortunately, there are still certain cases where individuals who undergo concussions are later subjected to mental health issues, such as depression. Depending on the extent of the concussion, the depression may be mild or temporary, but in other cases, someone may undergo depression for considerable periods of time.

If an individual experiences depression following a concussion, seeking help from a doctor is strongly advised. There are various therapy options, such as cognitive behavioral therapy or even talk therapy which can help patients overcome depression and return to living a happy, fulfilling life. Another treatment option for depression after a concussion may also medication. It's important to note that only professionals should be issuing diagnoses or treatments of any kind.

Due to concussions' interference with brain functions, individuals who experience this trauma are at risk of issues related to thinking and processing thoughts. These problems are most likely to manifest within the first 12 weeks after a concussion. The combination of thought processing issues with problems such as depression can worsen both symptoms. Similarly to depression, a person who experiences cognitive issues will do well to inform their doctor. Thinking is one of the most basic abilities which is necessary to function in everyday life.

Experiences of fatigue are extremely common in cases of individuals who have gone through concussions. While many concussions are possible to recover from, there was still trauma inflicted upon the brain and healing from that trauma is necessary. In many cases, fatigue is the body's way of shutting down and attempting to heal. While fatigue is not a guaranteed cause of concern, it is very probable. Moreover, anyone who has recently gone through a concussion is advised to get increased amounts of rest and sleep, regardless of whether or not fatigue has manifested.

To say that concussions are not pretty is a major understatement. Thankfully, there are many preventative measures which people should be aware of. Taking the right precautions can save people from a lot of mental health issues and daily life disruptions. Attempting to come back from a concussion is never fun and it will inevitably require other things to be put on the backburner, at least temporarily.

Avoiding concussions ultimately boils down to safety measures. Wearing seatbelts while driving or riding in a vehicle, putting on headgear during sports or other activities with heavy physical contact and placing grab bars in areas where people can fall down are some great first steps. Reducing the likelihood of experiencing a concussion is the best way of avoiding the various mental health issues which tend to follow.

If You Are Struggling with Mental Health Issues… 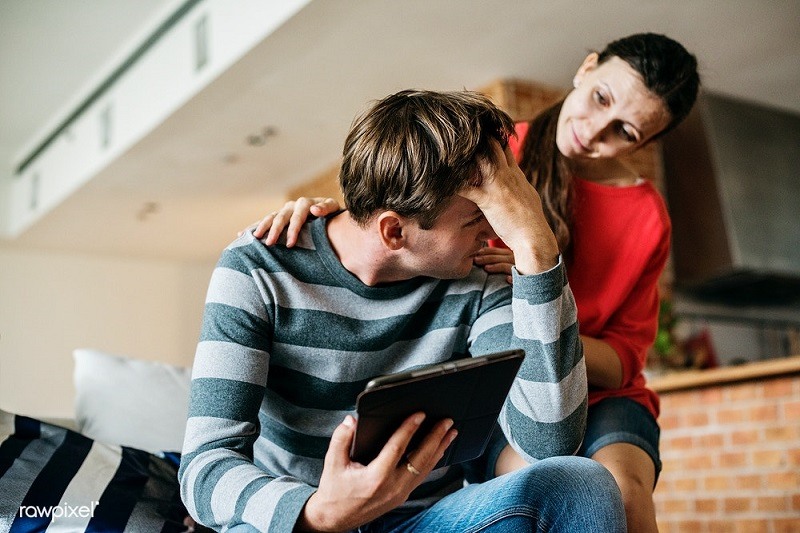 If you are struggling with mental health issues, then it's very important for you to know and understand that you are not alone. Whether you're dealing with depression, anxiety, or another issue altogether, you should know that there are good people in this world who can help you out if you allow them to do so. The reality of life is that each person faces challenges. Sometimes, those challenges manifest in various forms, but that doesn't make challenges any less significant in the lives of people who are battling them.

If you are interested in getting help and having a reliable support system in your corner, then you will certainly be pleased to learn about BetterHelp online therapy. Online therapy may be a new concept, but it is a proven method which allows for anyone to receive care, no matter where they are. A person's location should not determine whether or not they are able to have the necessary support and guidance in their corner.

Here at BetterHelp, our priority will always be providing aid, care and guidance to those who need it. Taking online therapy does not mean that you will never face challenges or tough times. However, it does mean that you won't have to go through these things on your own. Having the right support system as you overcome mental health issues will help you and those around you. In the end, you'll look back and be able to see the significant difference which was made.

Previous Article
How Are Depression And Isolation Connected?
Next Article
Are Narcissism And Depression Connected?
You Don’t Have To Face Depression Alone. Our Experienced Counselors Can Help.
Get Help & Support With Depression Today
The information on this page is not intended to be a substitution for diagnosis, treatment, or informed professional advice. You should not take any action or avoid taking any action without consulting with a qualified mental health professional. For more information, please read our terms of use.