What Causes Depression? – Science And Medicine Debate The Issue

The question of "What causes depression?" is as complicated asking what makes a person unique? It's easy to say that a group of symptoms "define" depression, but just as there are many people with different personality traits and behaviors, it is also difficult to explain why depression happens and what a person "must do" to recover from depression. 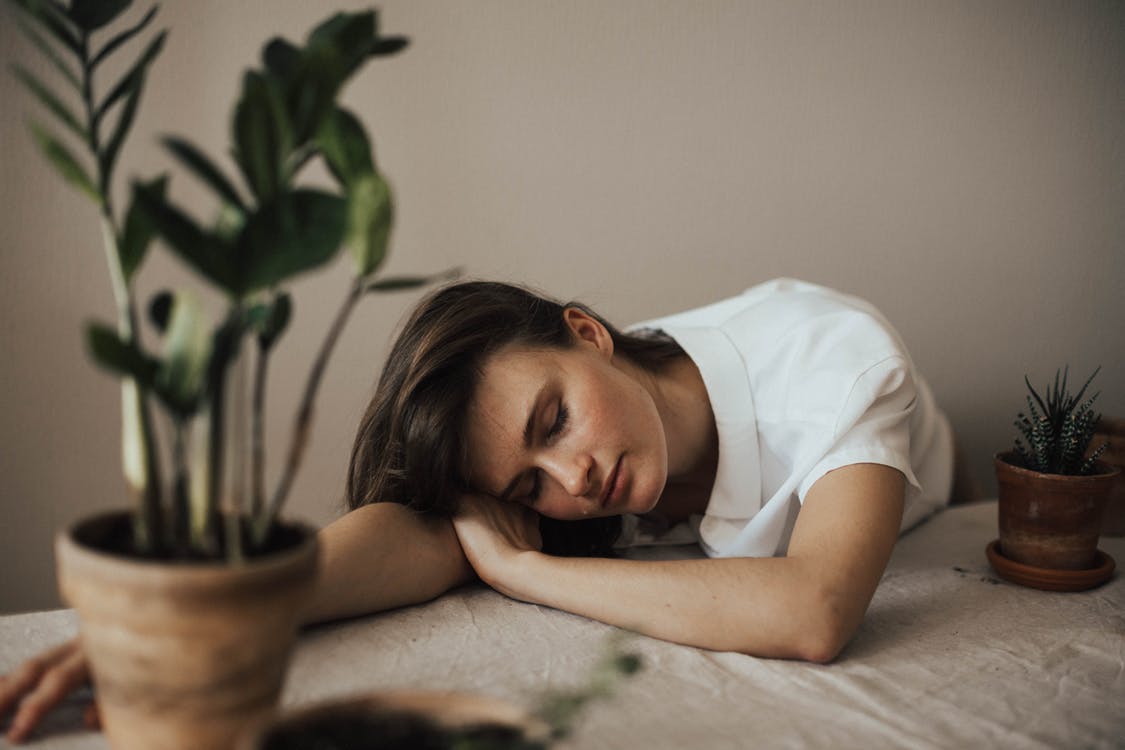 It's Not Your Fault That You Feel This Way - But You Can Change The Way You Feel
Take The First Step To Feeling Better - Get Matched With A Licensed Therapist Today.
This website is owned and operated by BetterHelp, who receives all fees associated with the platform.

The biology of what happens is fairly simple. Depression is a disorder that affects the brain and the changes within brain chemistry account for mood shifts. According to one source, the World Health Organization, depression is common in about 21 percent of the female population and 12 percent of the male population in the United States. Worldwide, it's believed that one in five women and one in ten men suffer will suffer from major depression at some point in their lifetime.

The Major Causes of Depression

Though there is no unified answer as to the root cause of depression, what is agreed is that the brain disorder seems to be genetically-influenced. Healthline quoted a study of clinical depression, in which 40 percent of subjects seem to have a special gene that ran among family members. The chromosome 3p25-26 was discovered in some 800 families. Studies of identical twins also revealed more cases of depression within families, even if there were environmental differences.

It's not necessarily that a person becomes depressed because bad things happen, the problem is that the person with a genetic predisposition to become depressed can crash after a major or minor event affects their life.

Environmental factors are also said to make up over half of all major depression cases, though it's not as simple as "Leave the harmful environment." Environmentally influenced depression can also refer to children who learned depressive behavior from their parents and fell into a pattern of mimicking the depressive symptoms.

A person's brain chemistry, however, is a natural state and there is no "deficiency" to correct, as when a person is unhealthy because of dieting. While it's true that neurotransmitters are involved in mood regulations, such as neurotransmitters interacting with neurocircuits, a diagnosis is not as clear as saying "This person has low serotonin levels."

One article by John Grohol, Psy.D., states that low serotonin levels do not cause depression, despite all anecdotal explanations to the contrary. This is largely a marketing angle that certain antidepressants correct an imbalance. However, in the words of the doctor, "no perfect brain exists…no study or researcher has been able to show such a brain. It's likely because it doesn't exist."

Therefore, since there is no properly established "balance" of serotonin, it cannot be said that serotonin levels are too low and should be increased. The doctor also quoted another doctor, Whitaker, who stated in his research that if low serotonin was the cause of depression, then all their surveyed subjects and control group would have low levels of serotonin. The results showed the groups were mixed; some had regular, some had low, and some had high. While serotonin may be involved, the exact process that leads to this "genetic condition" is not yet understood by science or medicine.

Other Biological Causes of Depression

It's important to keep in mind that not all depression is gene-oriented. Hormonal changes in the body can lead to depression. Holtorf Medical Group writes that in addition to gene-influences, depression causes can be brought on by hormonal changes, but these are determined by lifestyle and gender. In:

And no, it's not just general moodiness. These hormonal fluctuations can cause severe depression in some subjects, as well as other depressive and bipolar symptoms.

However, there are other hormonal changes that can bring on symptoms, such as:

Is Life Itself One of the Causes of Major Depressive Disorder?

One question often asked by subjects and their family is, "If the situation changes…will the depression go away?" Naturally, we should wonder if family, financial trouble, a death in the family, retirement, and other major life events, could be one of these major depressive disorder causes. 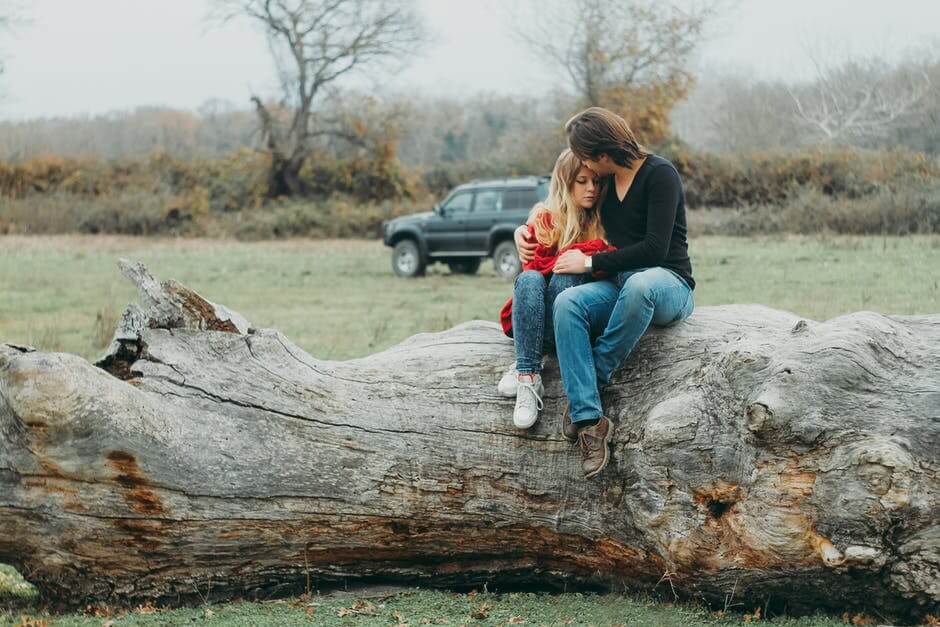 It's Not Your Fault That You Feel This Way - But You Can Change The Way You Feel
Take The First Step To Feeling Better - Get Matched With A Licensed Therapist Today.

Stanford Medicine states that there are just as many, if not more, cases related to non-genetic and hormonal issues. Some stem from PTSD and past trauma, such as sexual abuse, emotional or physical abuse in childhood, and any event that caused great stress. The risk of major depression increased when there are multiple sources of stress.

Obviously, taking steps to reduce these "stressors" would be a start to feeling better. However, in cases of PTSD from childhood or from old memories, talk therapy might be better suited. According to one study by Bisson, Cosgrove, and others, PTSD depression is best alleviated with psychological therapy and especially trauma-focused therapy. Drug treatment success was lower than talk therapy in the case of depression.

Can Adderall Cause Depression?

One common belief is that Adderall can cause depression. Although thoughtto be accurate, what happens is that people can become addicted to it and "crash", leading to depression. According to Healthline, high dosages and low dosages can lead to a crash, which is why a doctor's supervision is strongly suggested. A doctor could provide lifestyle tips to avoid the depressive crash.

Your Social Activity Can Influence Depression

While much has been written about loneliness and isolation causing depression, the truth is that there are also multiple social factors that can influence, exacerbate, or in some cases, cause depression in the first place. While these instances might not cause major depression, research has shown that minor depression or even persistent depressive disorder can result from the people we associate with and the activities that take up most of our time.

CBS News reported that social-lifestyle factors like too many choices, living area, poor sibling relationships and even the "end of a TV show" are what can cause depression. The most interesting discovery though was a 2010 study in which subjects reported depression after Facebook overload. Facebook causes depression, in theory, because it removes real life human interaction and replaces it with one-sided and usually negative viewpoints of the world around us. The study showed that people who spent more time than average online also suffered from moderate to severe depression.

Even more telling was a study in the Journal of Social and Clinical Psychology, which stated that "social comparison" is depressing people more and more; the illusion that everyone's life is great (thanks to vacation photos and baby pictures) and ours is so painful and or dull is contributing to social media-based depression.

Can Depression Cause Physical Pain?

Lastly, let's not underestimate the power of major depression-including the toll it can take on a person's body. Ignoring depression and suffering the internal pain is one thing…but according to a study by Dr. Trivedi and company, major depression can cause physical pain.

Remember that depression involves stress. No wonder then that consistent negativity in mind can lead to physical discomfort like:

The mechanism here is that serotonin and norepinephrine influence mood and pain, so their link is predictable.

Regardless of what causes depression, it's imperative that you seek professional help and avoid the more damaging emotions and bodily processes that accompany the condition. If you feel any of the following symptoms, then consider talking to a counselor or your physician.

Remember, you don't have to fight this battle alone. The worst thing you can do is to keep these harsh and vitriolic emotions bottled up inside. You never should do anything that feels uncomfortable and oftentimes, medication is not necessary at all. However, you must take the first step and allow someone else to offer guidance. A licensed counselor is standing by now and can help you take the first steps to treatment and recovery!

Depression Symptoms And What You Should Be Looking For
You Don’t Have To Face Depression Alone. Our Experienced Counselors Can Help.
Get Help & Support With Depression Today