Advice Home > General > Does Psychosurgery Work And Is It Safe?

Does Psychosurgery Work And Is It Safe?

When it comes to psychosurgery, is it new or is it making a comeback? Some claim, in the words of practically every advertiser of anything anywhere, that psychosurgery is new and improved. But are they right? Is it?

What is the definition of psychosurgery?As provided by The Free Medical Dictionary, psychosurgery is the practice of "severing or otherwise disabling areas of the brain" to treat mental illness.

However, although the goal of ridding people of mental illness is a noble one, many people have serious qualms about using psychosurgery to do so.

Some of this aversion probably stems from the most well-known example of psychosurgery: the lobotomy. The idea of the lobotomy both fascinates and repels most people today. It is an infamous medical practice most people think of as horrific and beyond the pale.

Is all that infamy deserved? In the case of the historic lobotomy, most would say yes. Today, there are those who argue that modern psychosurgery has come a long way and no longer should have to bear those negative connotations. Others remain quite fervently opposed to the practice, claiming that modern-day psychosurgery is just a more sophisticated version of a barbaric practice.

To understand why psychosurgery has such a bad rap, you must know the history of the lobotomy.

While not exactly the first to administer the procedure, a neuropsychiatrist named Walter Freeman is probably most responsible for introducing the concept of the lobotomy that is viewed with such disgust and fascination today. Starting in the late 1930's and continuing for several decades, he performed several thousand lobotomies.

Freeman's "technique" improved over the years, but the general method he used has been called the "ice pick" procedure, as described by Drs. Emad N. Eskandar, G. Rees Cosgrove, and Scott L. Rauch writing from the Departments of Neurosurgery and Psychiatry of Massachusetts General Hospital and Harvard Medical School. Freeman or whoever was performing the lobotomy, would insert a metal instrument through a patient's eye socket and proceed from there to sever or damage the parts of the brain thought to be at the root of the mental instability.

What is probably the most infamous lobotomy in the world, that of Rosemary Kennedy was performed by him That lobotomy did not end well for her; by all accounts, she was left permanently disabled and spent the rest of her life in institutions. Nor was Rosemary's the only lobotomy performed to bad results. Epilepsy, cognitive impairment, and even death was all "side effects" of the procedure, although there were some cases perceived to be successful.

The strongest criticisms of the lobotomy as performed by Freeman and others like him stemmed in large part from the cavalier attitude towards performing it. The lobotomy was done indiscriminately on patients suffering from a gamut of mental illnesses. It was not required that the patient consent. And, as can be inferred from the nickname of "ice pick" procedure, very little deliberate planning and precision was involved.

For all these reasons, the lobotomy naturally began to be collectively considered an unconscionable procedure with little to no scientific basis. And by around the 1950's when medicine started to be developed and take a foothold as an effective treatment for mental illness, the lobotomy as a matter, of course, began to fade from use.

Because of all the negative press associated with the lobotomy, most people would be surprised to find out that the lobotomy has not completely died out. Sure, it's not called a lobotomy anymore. It's sanitized to the equally old but slightly less frightening term "psychosurgery," or even lumped under the well-respected title of "neurosurgery."

Today's psychosurgery also utilizes much more accurate tools than the traditional lobotomy. Psychosurgery is usually stereotactic, which means, according to Merriam-Webster, that the surgery uses a very narrow point or beam that can be focused very precisely. There are no crude metal "ice pick" like tools.

Surgeons who perform psychosurgery are also much more deliberate than in the early days. They perform four main types of psychosurgery, the Subcaudate tractotomy, the Anterior Cingulotomy, the Limbic leucotomy, and the Anterior capsulotomy. The main difference between these four methods is which area of the brain they target.

But whatever they're calling it, the principle remains the same. The brain is being surgically altered in the name of curing psychiatric conditions.

But Does It Work And Is It Safe?

It hinges on how you measure success and what you consider acceptable risk. Proponents of psychosurgery cite studies to prove its effectiveness. Critics counter that the measures of success used in those studies are faulty. 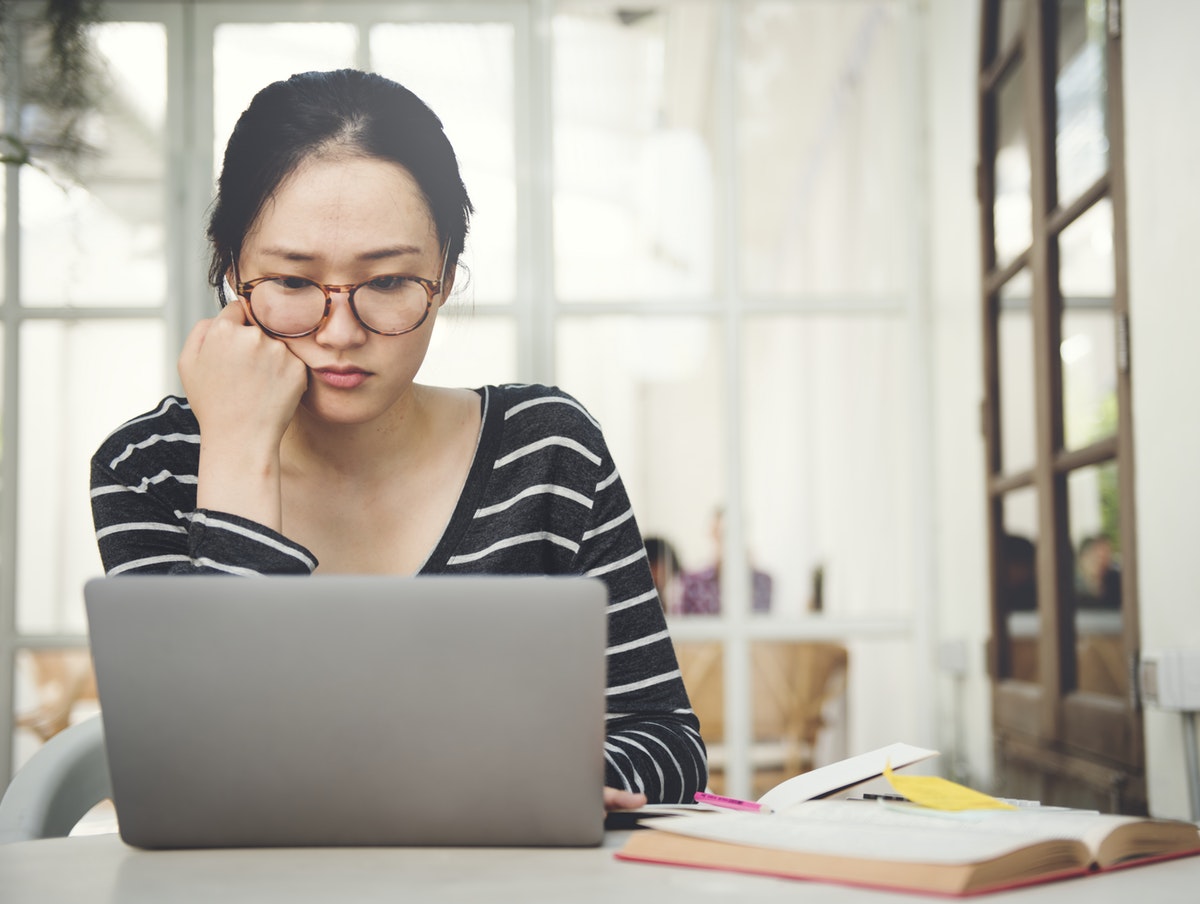 For instance, a study published in 2013 found that in about 47% of the cases studied, psychosurgery was effective in reducing patients' obsessive-compulsive disorder. They acknowledge that some patients experienced complications from the surgery, but in only two cases were these permanent. Based on those results, the authors of the study conclude that psychosurgery is safe and an appropriate method of treatment.

However, when examining the same study others concluded the exact opposite. Critic Heidi Stevenson points out that the authors of the study used only one test, the Yale-Brown Obsessive Compulsive Scale, to measure the success of the surgery. Furthermore, the surgery was considered successful if it reduced symptoms, even without fully eliminating them. Her final criticism is that while the researchers admitted that there were unintended negative consequences in some cases, they didn't take them seriously enough when they found that psychosurgery is effective and warranted in certain instances.

So, whether or not psychosurgery is safe and works depends which side you take. However, even those who do believe in psychosurgery qualify that belief. Firstly, they agree that more research is needed to understand psychosurgery truly. And secondly, they are very discerning in determining who is a candidate for psychosurgery.

Who Is A Candidate For Psychosurgery?

In the early days of unregulated psychosurgery, nearly anyone was a candidate. Dr. Freeman is said to have traversed the country performing lobotomies as well, a performance. Nowadays, though, the crude lobotomy is no longer performed, and those who still practice psychosurgery require that patients meet very specific criteria.

Psychosurgery today is usually only recommended for very specific manifestations of mental illness, such as very severe cases of OCD and other mood disorders. Unlike in decades past, psychosurgery is not encouraged in cases of schizophrenia or for psychotic symptoms.

Additionally, patients must have severe symptoms that greatly diminish from them being able to lead a normal life. Their symptoms must be consistently ongoing. Most importantly, they must essentially have exhausted all other possibilities, and they must be under the care of a psychiatrist who recommends them for surgery. In the Massachusetts General Hospital and Harvard Medical School program, patients should be over 18 and able to give consent. The psychiatrist who refers them must also agree to continue working with the patient after surgery, indicating that psychosurgery is not expected to be a complete cure in and of itself.

Ever heard the expression, "It's not brain surgery"? Well, psychosurgery is brain surgery, and that is something that most people don't and shouldn't forget. It is, in most cases, a permanent and irrevocable step, one that can't be reconsidered after the fact and taken back. It is, no matter how you look at it, deliberately damaging a part of the brain.

Even the most ardent supporters of the modern psychosurgery do not encourage it in any but the most severe cases. When they do recommend psychosurgery, it is only after all other methods have been tried and have failed to reduce the adverse effects of mental illness significantly.

Psychosurgery has often been regarded as a not unhealthy suspicion. Far from the reckless abandon of its heyday, today it is only used as a last resort. Even then, like any major medical procedure, this last resort doesn't always work and can have very severe consequences. 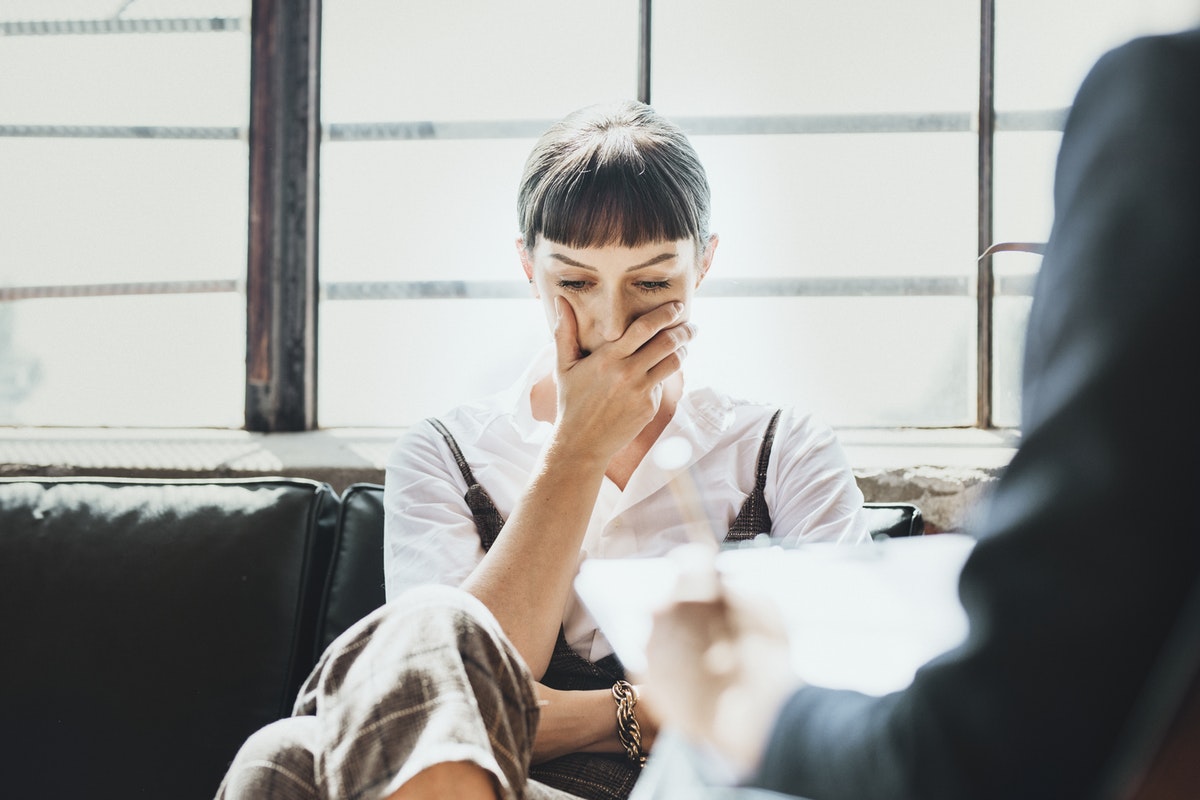 Psychosurgery should never be undertaken lightly. And unlike its pioneering days, today, it rarely is. It's never the first option, and in most cases is never really an option at all.

So rather than looking into psychosurgery, a better place to start is right here at https://www.betterhelp.com/start/. Here, mental health experts use therapy - a much more accepted and less drastic method to help people navigate the mental health issues they face. And without cutting into anyone's brain, healthy outcomes can be achieved.

What Is Catastrophizing And How Does It Affect You?
For Additional Help & Support With Your Concerns
Speak with a Licensed Counselor Today