Advice Home > General > What Is Catastrophizing And How Does It Affect You?

What Is Catastrophizing And How Does It Affect You?

Imagine a high school teacher who admonishes his students with variations of the following statement: "If you are late to class, you will soon stop coming to class. Then you will start ditching all your classes and perform poorly in school. Eventually, you will drop out, become a drug addict, and end up homeless and on the street." 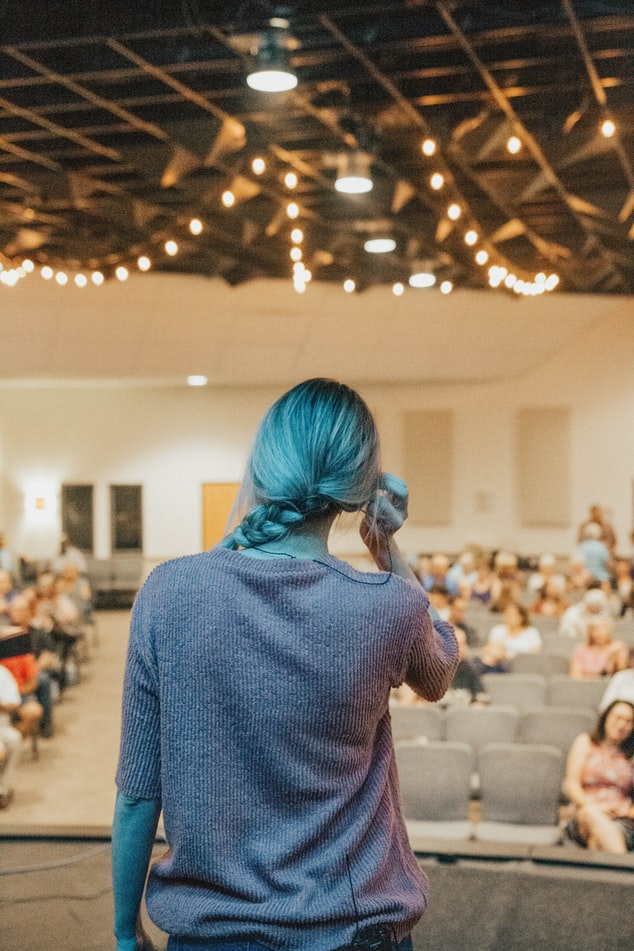 That teacher would be catastrophizing, which might not help his students, despite his intention. Let's dig a little bit deeper.

Catastrophizing is when someone envisions the worst possible outcome for a given situation. This includes taking a minor negative event and blowing it totally out of proportion-in other words, making it a literal catastrophe.

In the example above, the high school teacher was catastrophizing by taking a minor event like coming late to class and turning it into a life-changing event that would forever sour the course of a high school freshman's life.

But what happens when people take thoughts and made-up scenarios like this too seriously? What happens when your mind conjures up similar scenarios and you perceive them as the truth? Well, you're not alone. In fact, there's a simple term for this type of unrealistic and negative thought pattern: catastrophic thinking.

Everyone worries about little odds and ends every now and again, but some people turn the act of worrying into an artform. Unlike the occasional overthinkers in the minor leagues, catastrophic thinkers are professional worrywarts. If worrying were a sport, they'd be the MVPs with a shelf full of awards. Unfortunately, the only prize for catastrophic thinking is exactly what a catastrophic thinker both expects and fears: negative outcomes.

Now that's not to say that every over-the-top scenario conjured up by the champions of catastrophizing will come true. In fact, most of the time they never do. As the French writer and philosopher Michel de Montaigne once said, "My life has been full of terrible misfortunes, most of which have never happened." 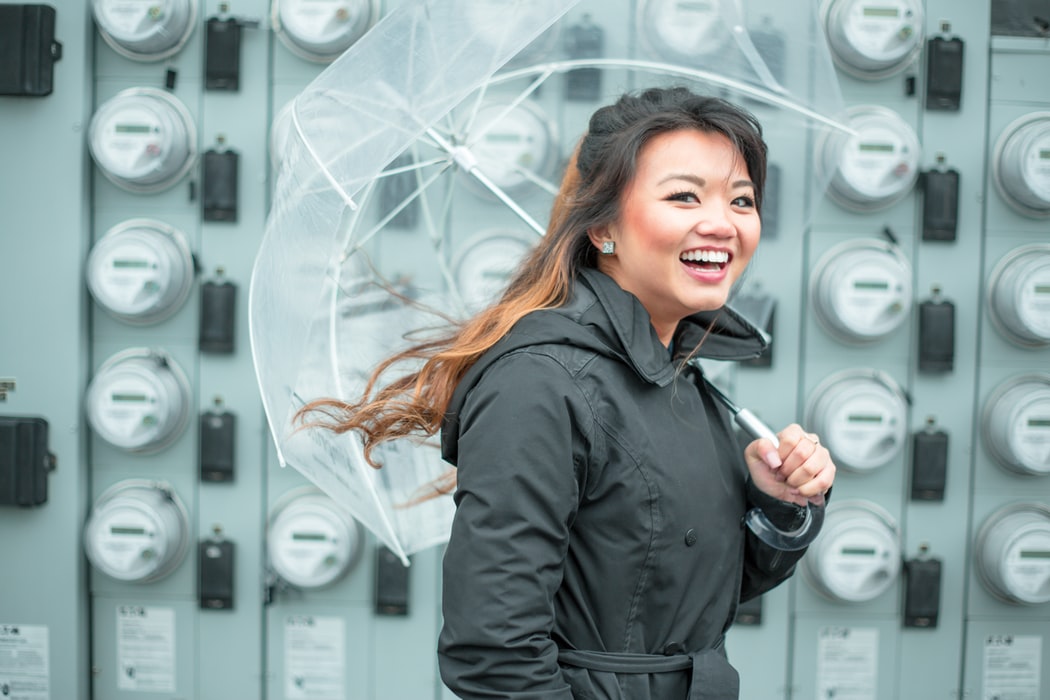 While this quote applies a humorous tone to the subject, too much catastrophizing is associated with real negative consequences. Catastrophizing affects all who suffer from it, so don't feel as though you're the odd one out. Did you know that everyone tends to catastrophize from time to time? In fact, common mental disorders like anxiety are closely related to catastrophizing.

How Does Catastrophizing Affect You?

Whether you do it intentionally or not, constantly catastrophizing can affect you in two ways: physically and emotionally.

In his book Feeling Good, Dr. David Burns describes catastrophizing as another name for the magnification portion of "Magnification and Minimization," which ranks at number six on his list of common cognitive distortions.

As a member of the cognitive distortion family, catastrophic thinking bears little resemblance to reality, but it can have a real effect on the catastrophic thinker's life. When you catastrophize, your mind takes a small problem and builds it into a disaster of epic proportions. That kind of sustained thinking is incredibly toxic to your emotional climate.

William Ralph Inge is credited with saying, "Worry is interest paid on trouble before it comes due." In other words, spending all your time worrying and imagining catastrophes that may never happen robs you of the joy of the present moment and borrows with interest from your future. 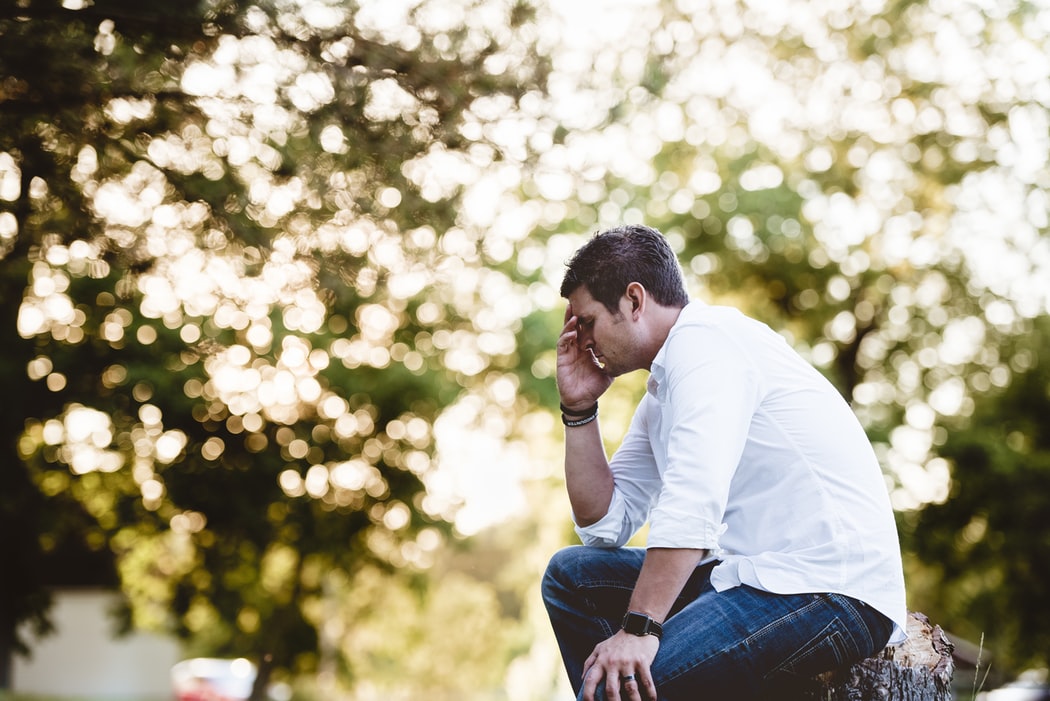 Although the process isn't completely understood, there is evidence that engaging in catastrophic thinking can cause higher levels of pain, both acute and chronic. In general, the more a person dwells on their pain, the more pain they will feel. While the pain isn't necessarily all in their heads, their minds have a direct influence on the pain they feel.

For instance, suppose you have a stack of papers in your hand and you fear the sting of a minor paper cut. Normally, as unpleasant as it is, a small cut should not cause more than minimal pain. However, if you catastrophize the level of pain before it happens, you're statistically more likely to feel worse when it does.

The good news is that contrary to what a catastrophizer might think, catastrophic thinking is far from incurable. If you are someone who fears you have fallen into the trap of catastrophizing, fear not. You can learn to stop.

In Feeling Good, Burns details how to get rid of cognitive distortions, including catastrophizing, by learning how to talk back to negative, irrational thoughts. Burns breaks this process down into three basic steps:

For example, try placing yourself in the following scenario:

You are at work and you've made a small mistake. Perhaps you're a server and you accidentally messed up someone's order. You start convincing yourself that this mistake is the end of the world. This insignificant error somehow means that you're bad at your job and your boss is going to fire you. With that on your record, you'll never be able to find a new job. You'll end up spending all of your savings, become unable to pay your rent or mortgage, and wind up homeless.

Pretty irrational, right? Well, here's how to put an end to excessive worry and get back on track. Let's return to the same scenario, only this time with a more proactive approach. 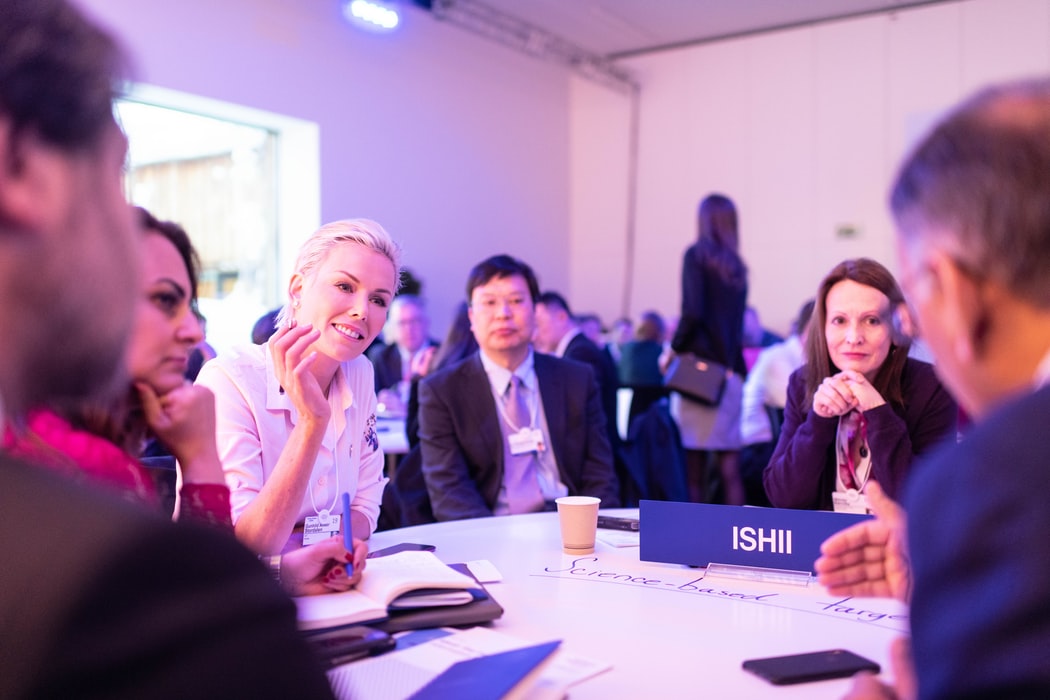 Rather than living in fear for the rest of the day, you label this negative thought train as "distorted thinking," specifically, catastrophizing, and you brainstorm all the reasons this train is off track. For starters, you can tell yourself that one mistake does not automatically turn you into a complete failure-everyone makes mistakes. Understand that your boss is unlikely to fire you over one little mistake, especially if you're able to recognize, own, and fix it.

Remember, you can take whatever thoughts you throw at yourself and render them impotent with reinforced rationality. When you learn to recognize that you are catastrophizing and counter your fears with facts, you'll notice that the fears seem to fade away almost instantly. This process helps you avoid the negative emotional and physical effects of catastrophic thoughts.

Author John Newton wrote: "We can easily manage if we will only take, each day, the burden appointed to it. But the load will be too heavy for us if we carry yesterday's burden again today, and then add the burden of the morrow before we are required to bear it."

Catastrophizing is doing the latter-carrying the burden of tomorrow before you are required to bear it. Even worse, it is a burden you are unlikely to ever have to worry about.

Or as the joke goes, "Worrying works-99.9% of the things I worry about never happen." The irony, of course, is that worrying in no way prevents bad things from happening: they either happen or they don't. Catastrophizing about things that won't happen is just wasted emotional energy. Your time is spent suffering when instead you could have been enjoying yourself by appreciating the moment rather than dwelling on what might be.

It turns out that President Franklin D. Roosevelt had a point in proclaiming, "The only thing we have to fear is fear itself." Catastrophizing is the art of transforming the ordinary incidents we experience each day into unspeakable fears. These made-up scenarios that are unlikely ever to happen can have a disastrous effect both mentally and physically. You create for yourself a trap of spiraling fears that can be very hard to escape. At the end of the day, this greatly affects your ability to appreciate life and live it to the fullest. 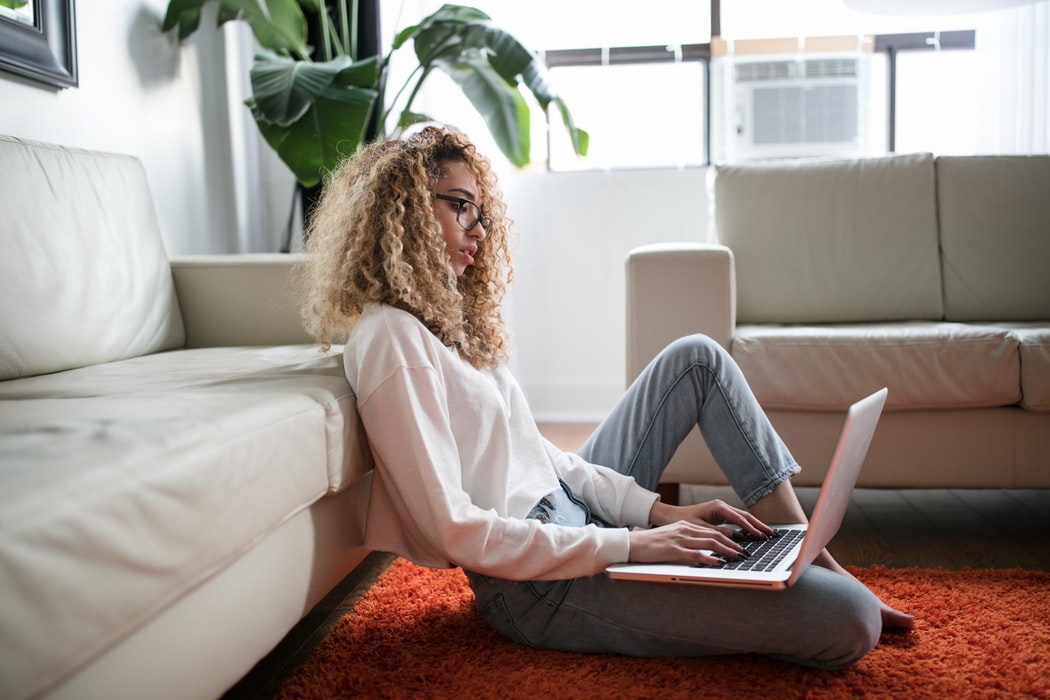 Because catastrophizing is such an unhealthy habit to fall into, it is important to rid yourself of it as soon as possible. Although it can be difficult to take that first step toward renouncing catastrophizing for good, it's far from impossible. You can begin by attempting Dr. Burns's method of talking back to yourself on your own-but you may find that seeking out a mental health professional to support you is a valuable tool in your campaign against catastrophizing.

If you're not ready to seek professional help just yet, consider trying some of these alternative solutions to help counter your catastrophic thinking:

Use Fear of Failure to Your Advantage

While catastrophizing can have an array of negative consequences, it can also bolster your efforts to avoid making mistakes. Fearing the worst-case scenario can enhance your desire for perfection, which can have a positive impact on your work ethic. You may even end up exceeding your own expectations and performing at your greatest potential.

Remember Back to a Similar Incident

If you make the same mistake you did in the past, try to think back to the outcome of that similar scenario. Odds are you experienced similar catastrophic thoughts that never came close to fruition. Use this knowledge as reassurance, and remind yourself that it's not the end of the world and everything is likely to turn out fine.

Talk to Someone You Trust

Sometimes, the best way to avoid catastrophic thinking is to share your thoughts with someone you trust. Consider a close friend, a family member, or even a coworker to help you recognize how out of proportion your fears are. You may even discover that talking is the best medicine. 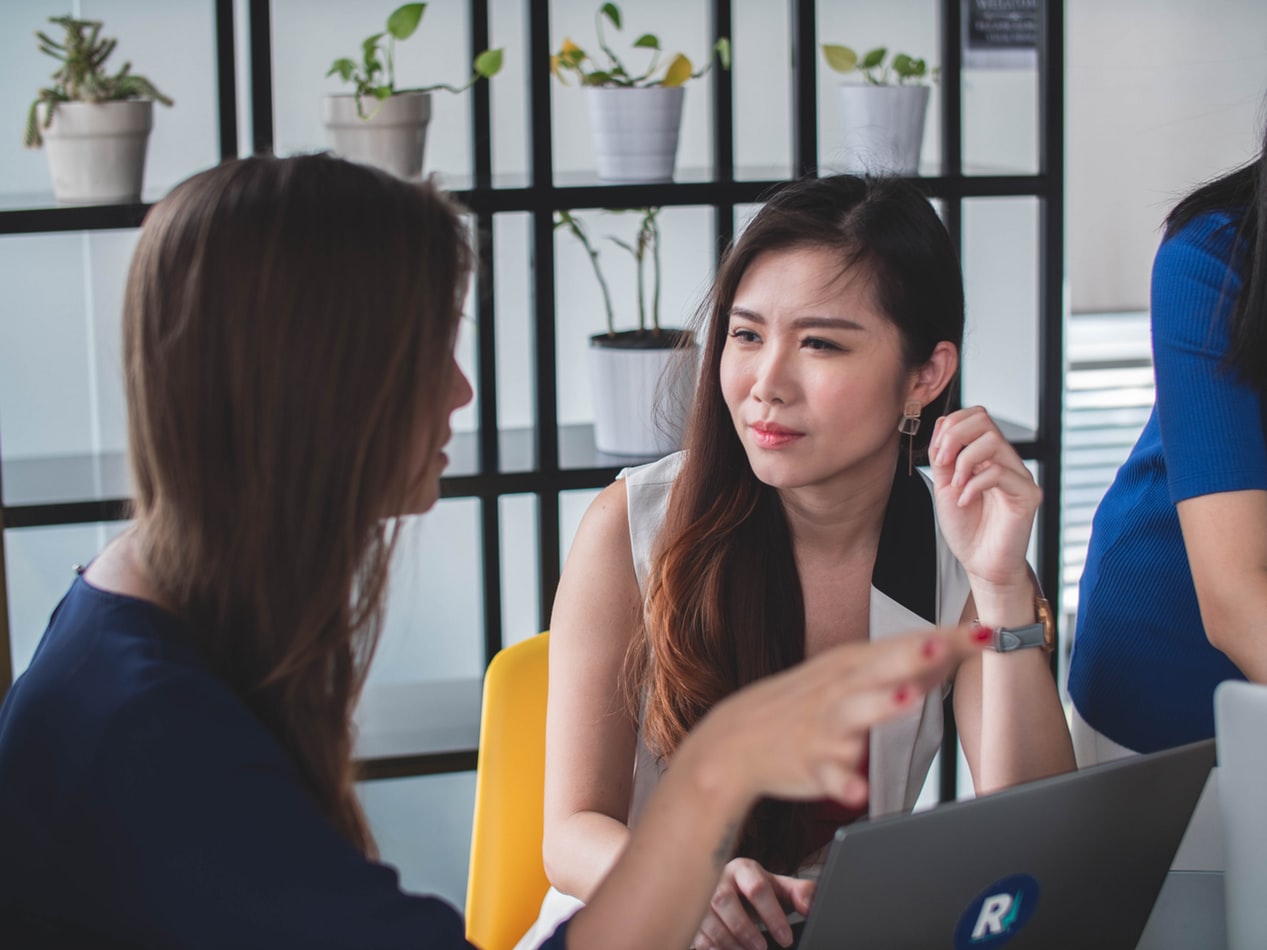 BetterHelp Can Help Too

Not everyone is mentally equipped to help you handle catastrophic thinking. That's where we come in.

The licensed professionals at BetterHelp can help you practice identifying and responding to catastrophic thoughts. A vetted counselor can work with you on methods of tackling catastrophic thinking and address any harmful effects from chronic catastrophizing. We offer discreet online counseling so you can anonymously get the help you need at the touch of your fingertips. Below are some reviews of BetterHelp counselors from people experiencing similar issues.

"I was in a very bad place when I started counseling with Vanessa. I was drowning in my negative thoughts, especially about moving into a new place. Vanessa helped me face these thoughts, counter them. It isn't easy, but I am training myself and getting better at it. She helps boost my confidence in all aspects. In Vanessa, I found guidance, empathy, open-mindedness and a good listener. Vanessa will never fail you!"

"Tyson really helped me out with my depression by finding out what my goals were in life, especially around my career and family. He left me with techniques and exercises that have really helped me observe negative thoughts and break their cycles. I have actually gone through a true, positive transformation in my life thanks to Tyson. Highly recommend!"

Catastrophizing is a frustrating thought pattern that can have negative consequences on your overall well-being. However, as difficult as these irrational thoughts may be to overcome, they are not permanent, and you can conquer them. All you need are the right tools. Take the first step today.

Does Psychosurgery Work And Is It Safe?

Why Can’t I Focus?
For Additional Help & Support With Your Concerns
Speak with a Licensed Counselor Today