Understanding How Liminal Space Is Different From Other Places 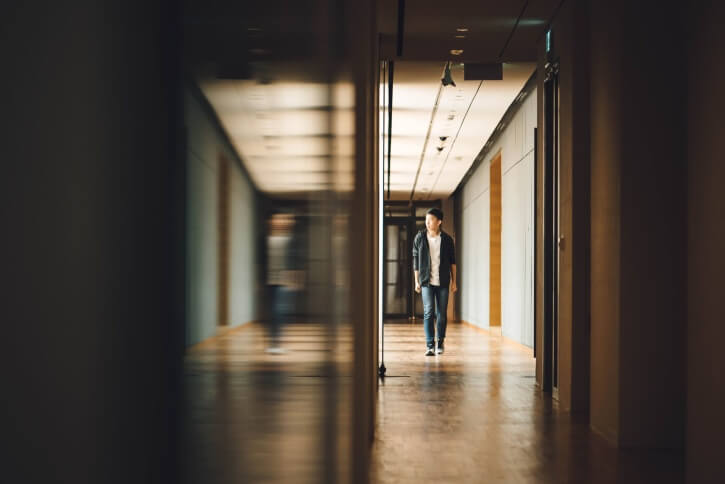 Learn To Recognize When You're In A Liminal Space
Talk To A Licensed Counselor Online Today!

Liminal space is a concept that's being talked about a lot lately. If you're like many people, you may have noticed that there are certain places or states of being in which you feel different, off, or uncomfortable. Often, these uncomfortable spaces turn out to be liminal spaces.

Fortunately, there's a reasonable explanation for why liminal space feels different. Once you know the source of your feelings about liminal spaces, you can better deal with the feeling when a place makes you a bit unsettled.

Let's jump right in with the definition of liminal space.

You can define liminal space in several different ways. It's talked about as a threshold, and indeed, the etymology of liminal comes from the Latin root word "limen," which means threshold. Liminal spaces are transitional or transformative spaces. They are the waiting areas between one point in time and space and the next.

Often, when we are in liminal spaces, we have the feeling of just being on the verge of something. Liminal space is, of course, a literal space. And there are plenty of examples of physical liminal spaces, as we will see below in this article. But there are also spaces of liminality in our mental states. This, too, is a type of liminal space.

Liminal spaces are often physical places. In some cases, the same place may be at one time liminal and at other times not. Other places may feel like a liminal space regardless of the time of day or year you visit them.

Whenever we are at a place during a time that's not usual for that space, it can feel unsettling. Or if we're in a liminal space for longer than necessary to pass through to our actual destination, we may experience that same feeling of something being "off" that we can't quite pinpoint.

Here are some examples of liminal spaces.

Stairwells and elevators are quite clearly in-between spaces or thresholds. Their purpose is to get you from one place to another, and that is why lingering in an empty stairwell or elevator can feel a bit creepy.

Art Galleries Empty Other Than You 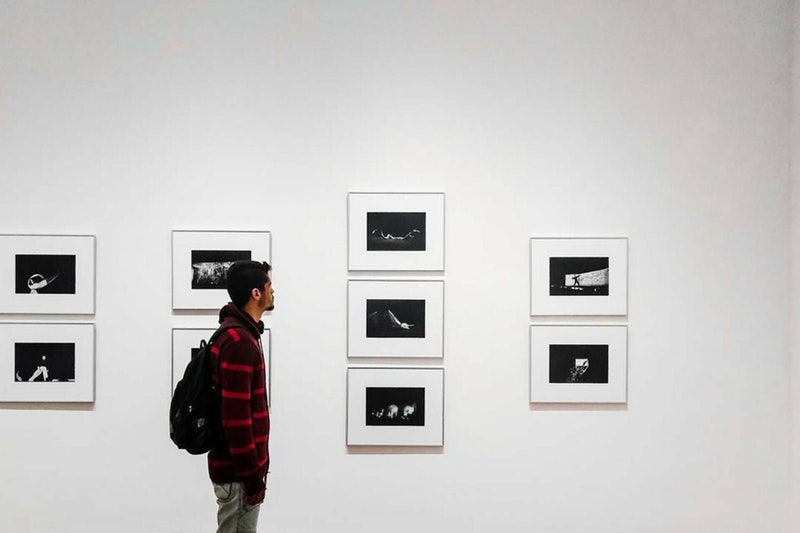 The rooms of art galleries often imitate rooms that people live in. But no one lives in these spaces, and that's why it can feel weird to be in a gallery by yourself, especially one with furniture.

Hallways are another one of those in-between passing zones. During the day, you may see other people passing through the hallway with you, making space seem a bit more "normal." At night, however, it can feel like space has been shut down, and like you shouldn't be there. The hallways in one's home are a bit different because they are familiar. Unfamiliar spaces tend to have more liminal qualities than those we see regularly.

This is another instance of a place that can feel normal until a certain time. When no classes are in session, a school feels a bit like a ghost town. You expect to hear the sounds of students and teachers, but instead, there is silence.

A parking lot is most certainly an in-between place. It only functions in conjunction with another space-the space you are going to. So usually, the parking lot itself is not your destination, but the place adjoining or nearby the lot. 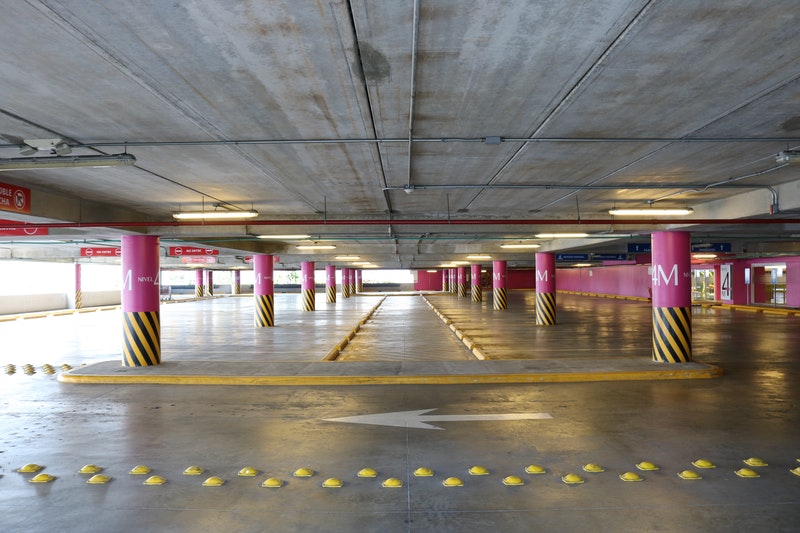 Learn To Recognize When You're In A Liminal Space
Talk To A Licensed Counselor Online Today!

When places lose the function they once had, they can become liminal spaces. Without a light, a lighthouse provides no function.

The Lighting Section Of Hardware Stores

In contrast to spaces without their intended function, some places provide a redundant function or a function that is expected elsewhere. Lighting sections of stores are an example of this. They provide examples of how to light up a room, but the lighting samples' purpose is not actually to light up the room they are in at the store.

Like non-functioning lighthouses, abandoned buildings are spaces without function. The unsettling aspect comes in because they once performed a role and had people in them. Once abandoned, the lights are always out, and they stand as husks of civilization.

Terminals at airports are places that act only as a waiting space. Your destination is the plane and an eventual new location.

Other examples of liminal spaces exist. If you think of places that leave you in between your usual activities, you will likely think of others.

In addition to places that have liminal qualities, there are also non-physical liminal spaces. Rather than actual places, these are liminal mental states. Listed below are some mental spaces that leave many people in a liminal space. 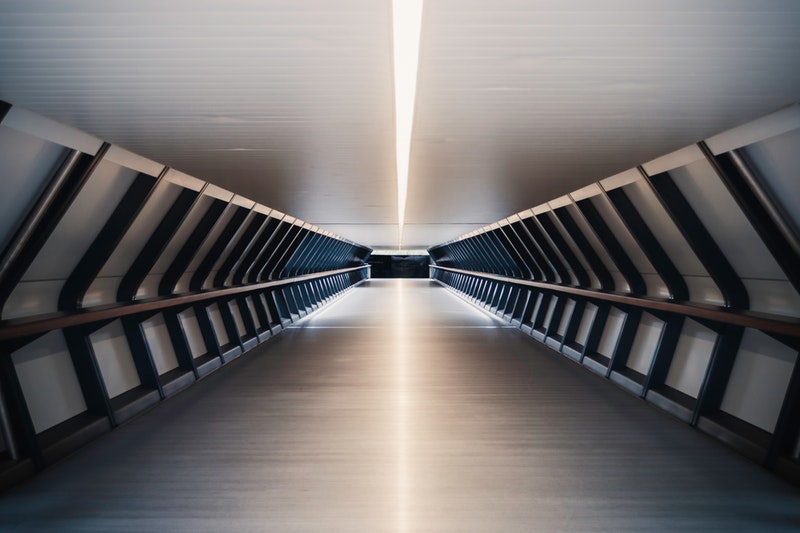 Marriage is often seen as a beginning. The years of a marriage are a journey. Divorce, however, often happens unexpectedly, so it can leave you feeling like you don't know where you are, or sometimes even who you are. In your life journey, there are certain destinations you expect to reach, but divorce can be a way station in between the destinations you seek, especially after years of marriage. When you've devoted years of your life journey to a marriage, it can be hard to see who you are and where you're going without that marriage.

Jobs are also milestone markers in your life. So, a job loss is a place in between one job and another, for most people. Job loss can be an especially difficult place to be after you've been employed for a long time.

Moving To A New Place

Moving to a new city involves a physical move, but the liminal state you are in is very much mental space. You know exactly where you are, physically and geographically, but you don't know where you are as a person. You may not know how you fit into to this new community.

Moving can involve making new friends or even leaving behind a family that you are accustomed to having around. All of these changes put us into a liminal, or threshold, space. Even if you don't physically move to a new town, you may find yourself in a similar mental state if you lose friend groups or need to break yourself away from toxic family members.

You can see then, that liminality is as much a state of the human mind as it is a particular place. Indeed, all the places where one gets a sense of liminality are quite usual as far as structures go. It's only in the context we give to them in our minds that they become unusual.

The liminal veil is what we call the place where a transition occurs between the threshold and the place that waits before us. A liminal space may feel confining, but often it takes only minor changes to get through to the next place.

The topic of liminal space has become a popular discussion on Tumblr. In fact, you'll find the same or a similar discussion thread on many writer's Tumblr blogs. This makes a lot of sense because liminality is often associated with creativity.

Liminality In Art And Literature

Creation and art have a unique relationship with liminality. Creatives can utilize the idea of liminality in various art forms. It provokes an emotional response in people, just like the physical liminal spaces evoke particular feelings. Think about how often you hear stories about "coming of age." Coming of age is a classic tale of liminality when one is not quite an adult but no longer a child.

Artists themselves enter a liminal state when they create. There is a place of liminality that is a state of creative being. It is the place where you have the potential to act, but have not yet done so. When you are about to create a thing, you are in that space. Perhaps that is why so many writers or other artists feel anxiety before getting started, even if it's their one-thousandth project.

The poem, Rime of the Ancient Mariner, by Samuel Taylor Coleridge is a classic tale of liminal space. The Mariner is caught between life and death. He lives while his shipmates do not.

Being In A Liminal State

One of the first liminal states to be explored by researchers was rites of passage. During a rite of passage, an individual is at the threshold between two different states of being. Quite often, it is the state between childhood and adulthood, the space between when one isn't quite a child anymore but is not yet an adult. The person is standing in a doorway and hasn't yet gone through. Many religions and belief systems explore these concepts and create rites of passage to coincide with the threshold moments in life.

When one is in a liminal state, like adolescence, it can create a sense of invisibility. As a teenager, for example, you are in an ambiguous place as far as your social standing, as well as in your physical development. Your body itself is in a distinct transition period, with the end destination being adulthood. 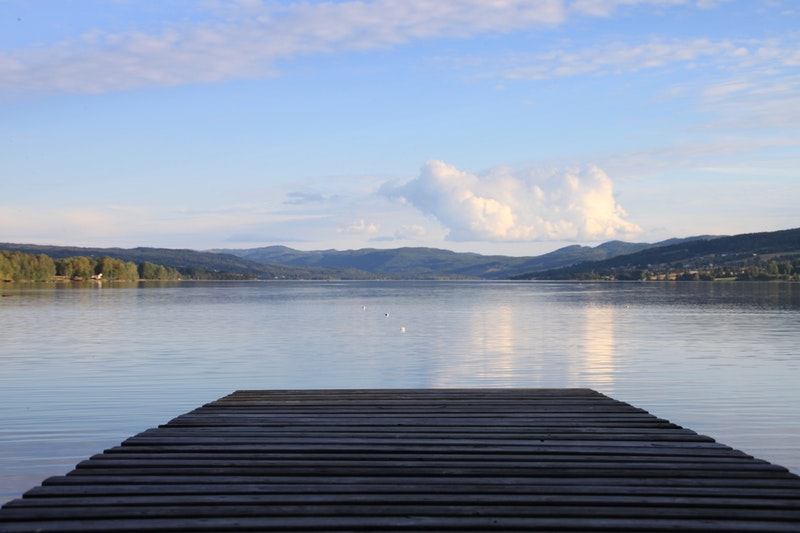 Liminal dreaming is a different form of being in a liminal state. It can be related to creativity. Indeed, some people use the art of liminal dreaming in order to enhance their creative states. Liminal dreaming is simply the state during which you are not quite asleep yet, but your mind experiences vivid images or sounds.

This state is also called hypnoidal dreaming. You may notice physical signs that you are slipping into a liminal dream state when your body jerks during nap, as you are falling asleep, or just as you are waking.

The Role Of Liminality In A Mid-Life Crisis

Just as the coming of age is a point of liminality, so is mid-life. Indeed, there are many points of liminality in a person's life. This could be why the occurrence of a midlife crisis is so common. Many of us simply reach a point in life where we feel in-between, and we don't know what lies beyond the threshold. We become afraid and act irrationally in that place.

Another state of liminality can occur when a person feels not to belong to their assigned gender, or to be between genders. This can be a liminal state both of the mind and of the body. Your mind can feel like you are transitioning between genders, and your body can also go through a transformative state. It's worth noting that the end destination of each such state may be different for different individuals.

Summarizing The Liminal State, as much as it can be summarized

Being in a liminal state or place can be unsettling. It certainly feels uncomfortable. But if we open up to it, it can be the threshold of wonderful new experiences in life. If you'd like to discuss using liminal states to enhance your creativity or learn to reduce the anxiety you feel in liminal spaces, whether physical or non-physical, you can seek guidance from a licensed counselor.

Pros And Cons Of A Just-World Hypothesis

What Is Crystallized Intelligence And Why Does It Matter?
For Additional Help & Support With Your Concerns
Speak with a Licensed Counselor Today