How To Get Rid Of Paranoia In Five Easy Steps

Most people have been paranoid at some point in their lives. This might be one of those times in life when you feel more paranoid than usual. When this occurs, it can be difficult to focus on the positive things that are happening all around you. These paranoid feelings might cause you to focus on negative aspects of life, or you might even think about things that aren't necessarily true. Paranoia can be tough to deal with, but it's something you can manage and eliminate over time. 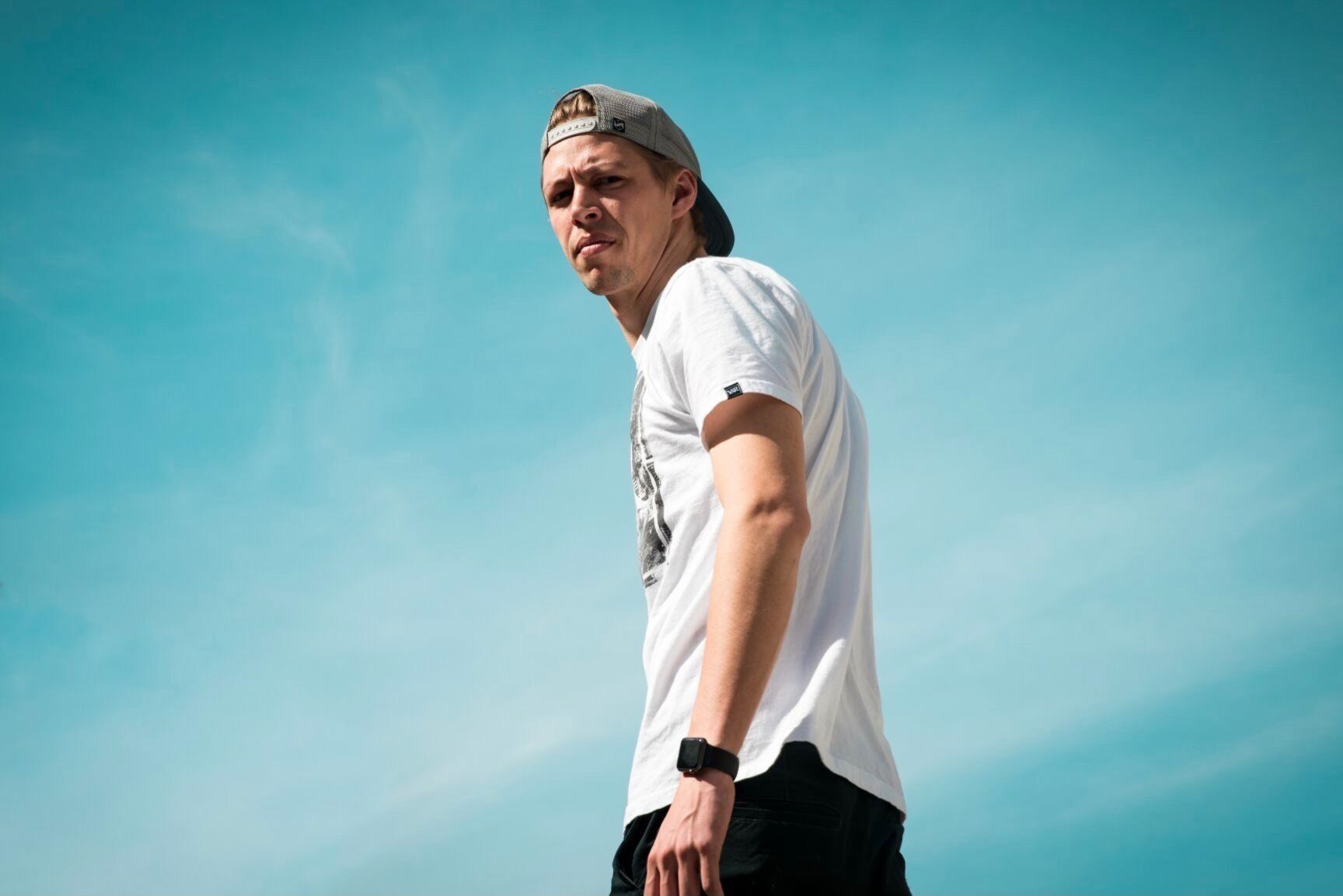 Calm Your Fears And Paranoia With Support From A Licensed Therapist
Don't Wait - Get Started With BetterHelp Today!
This website is owned and operated by BetterHelp, who receives all fees associated with the platform.

Paranoia is a feeling of intensified sensitivity. It's the feeling that something is not right, that someone is talking about us or cheating on us, or that we are about to be fired. To be clear, the kind of paranoia discussed in this article is not the kind associated with a psychiatric disorder like schizophrenia. Instead, we're talking about the normal, garden-variety paranoia brought on by a stress trigger that plagues our everyday lives. However, if left unchecked, it can interfere with our cognitive functioning, our relationships, and our work, leading to other mental health disturbances such as anxiety and depression.

Sometimes, when we experience paranoia, it's because a repressed fear has emerged within us. We may have the fear that, for example, we have a devastating illness like cancer. We become paranoid, and every little bump and bruise becomes a symptom. The logical solution to ridding oneself of this uncomfortable suspicion-turned-paranoia is to see a doctor. By obtaining credible information, we can lay this paranoia to rest.

You might feel like you're unusual for having paranoid thoughts. Sometimes your spouse or significant other might tell you that your behavior is strange. It might not be healthy behavior, but it's definitely more common than you might think. Many people go through paranoia, and it can be difficult to cope with. You're not alone, and you don't have to face these thoughts by yourself.

Online therapy platforms such as BetterHelp do an excellent job of helping people to address paranoid feelings. If you're feeling anxious about something to the point of paranoia, then you might need to seek help. Professionals can help you to gain peace by getting to the bottom of your feelings. They can teach you to use coping mechanisms, so the paranoia will not overwhelm you. 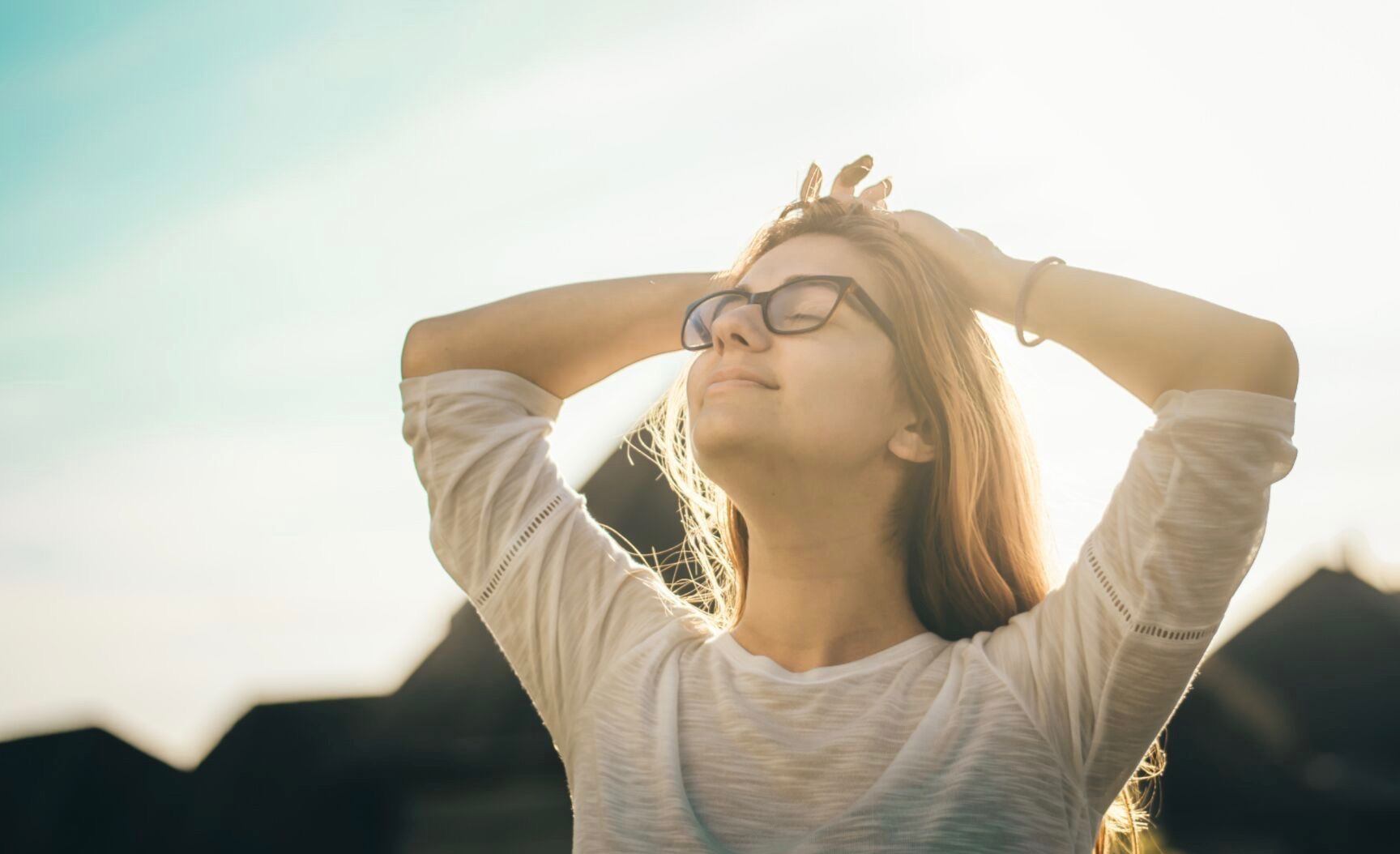 Here's What You Must Remember About Getting Rid of Paranoia

Now for the hard part; sometimes our fears are based in reality. We have a strong feeling they'll come true, but we avoid confirming our suspicions because we're not ready to face the facts. The feelings associated with this type of suspicion can overtake us, causing us to make rash decisions or say irrational things to the object of our suspicion. A simple suspicion that might be intuition turns into paranoia; it begins to eat away at us from the inside out.

If we do not address our suspicions and seek credible evidence to either support or disprove our fears, they can grow into full-blown paranoia. For example, let's say that a woman named Jolie thinks her boyfriend is cheating on her. She bases this suspicion on the fact that he's gotten home late more than three times in the past few weeks. Because she was already in bed and had to get up early to go to work, they have not talked about it.

Jolie begins to create scenarios in her mind about where her boyfriend is and who he's with. She begins to look for evidence of cheating in their past conversations. At first, she asks herself logical questions; maybe he told her he was working on a project and would have some late nights, but she'd forgotten it. In their limited conversations, she may ask about work, but in a vague way. 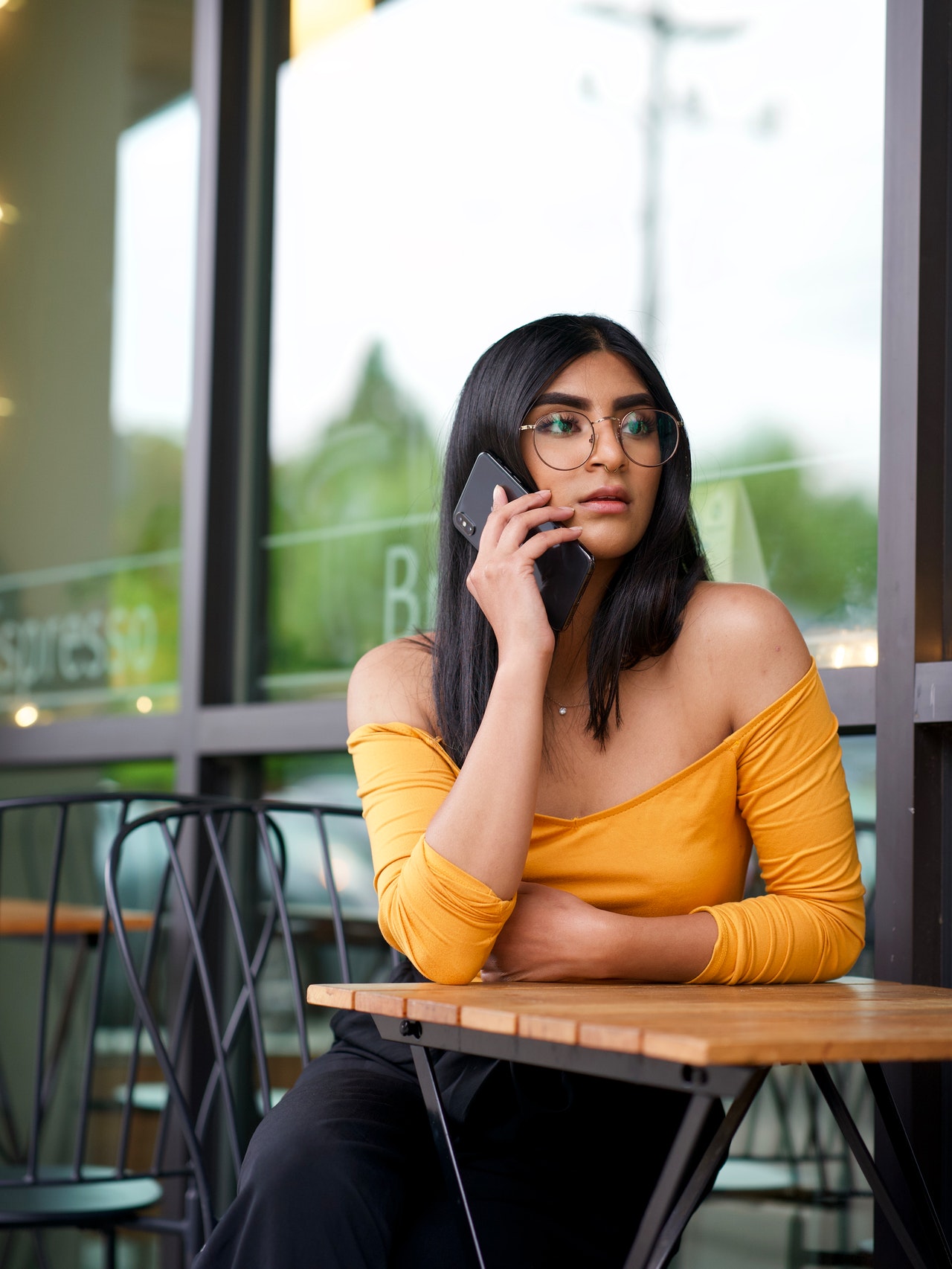 Calm Your Fears And Paranoia With Support From A Licensed Therapist
Don't Wait - Get Started With BetterHelp Today!

A week later, her boyfriend is coming home again at the usual time, but instead of enjoying time with him, she's obsessing over the nights he was late in the past. She begins to feel paranoid if he looks at his phone, gets a call, or sends a text. She starts to lose sleep and avoids having sex with him because she's convinced he cheated on her. She's afraid to ask him outright because she's afraid one of two things will happen: He'll tell her the truth, and her world will shatter. Or he will lie, and she'll be left feeling this way forever. If Jolie does not resolve her suspicions, she's likely to end up ruining her relationship and even her own health.

Five Steps Jolie Can Take to Ease Her Fears

1. Identify concrete evidence to support fears.
2. Ask if the suspicion is merely a symptom of some other problem.
3. Ask someone else close to the situation what he or she thinks.
4. If fears linger, reflect on the evidence. If there is none, then the suspicions are likely false.
5. The obvious action to take is to confront the issue.

People are often hesitant to take the obvious step first for fear that their suspicions will be confirmed. Sometimes, we are embarrassed to admit we hold certain suspicions. However, avoiding the issue only causes the suspicions to grow; then paranoia sets in, overtaking our thoughts and actions.

If, after confronting a situation, we find that our fears were justified, then this is actually a positive development because it helps us to make a decision about what to do next. Whether we suspect a significant other of cheating or we fear we're about to be fired, it's unhealthy to allow these fears to go unchallenged.

If you're experiencing persistent paranoia after taking the five steps above, it may be time to seek attention from a qualified mental health therapist. Paranoia is uncomfortable, and sometimes it is normal; however, when reason and logic fail to assuage your fears, there may be an underlying situation or mental health condition that needs attention. 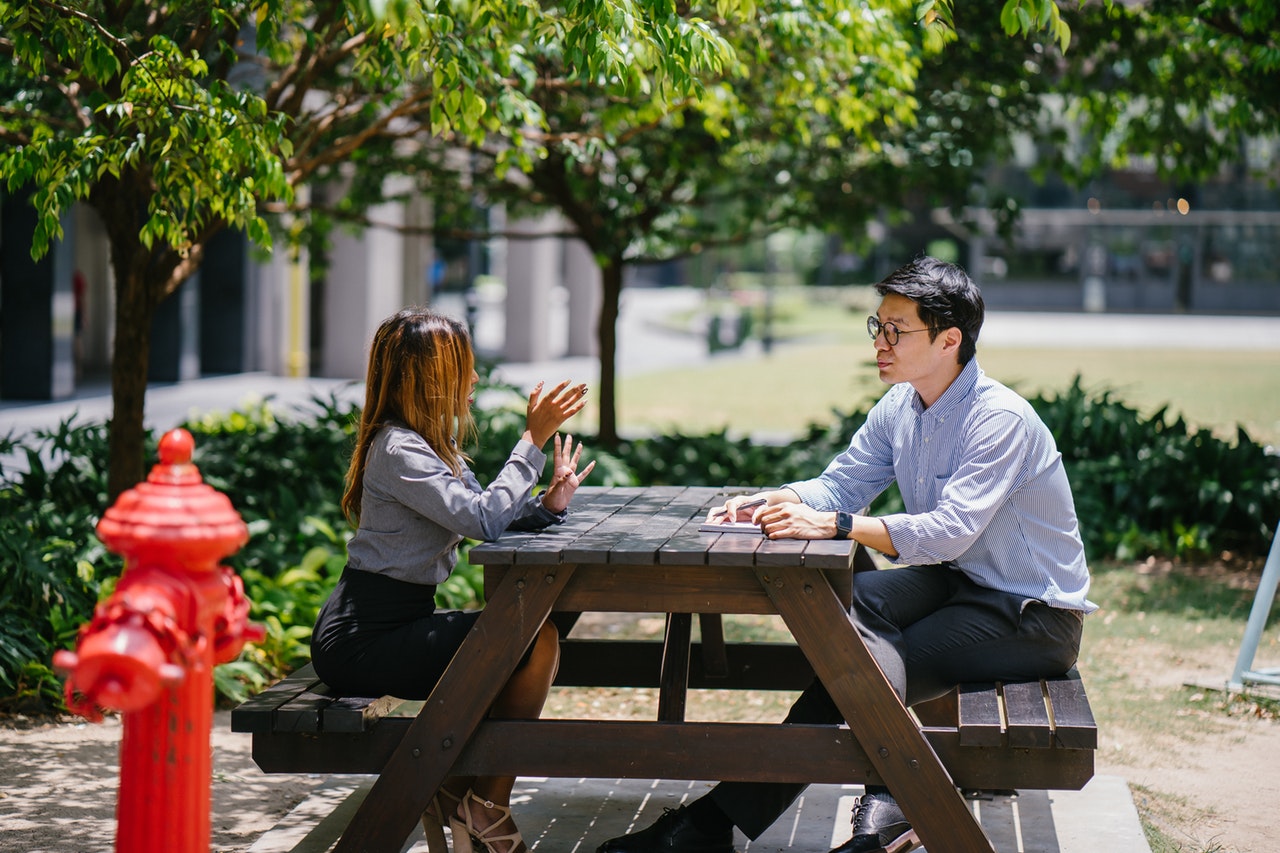 You can visit BetterHelp today to get the help you need. An online therapist can help you to work through your paranoia in a healthy way. Paranoia can be caused by a number of different mental health conditions, and online therapists can help you to figure everything out. They'll work with you to help you feel less worried over time, so you can get back to living a normal life.

These feelings might have turned your life upside down, and they can sometimes harm your relationships. You can find peace and happiness by working with a dedicated counselor. It might take some time to completely work through your paranoia, but you'll find a way to feel better. Don't hesitate to reach out to the online therapists at BetterHelp if you want to talk to someone without leaving your house.

"Loretta has undoubtedly changed my life. In my late attempt to deal with trauma, she has shown me the light at the end of the tunnel. Through the various strategies and methods she provided me, I have become less paranoid, guilt-ridden, and anxious. I am so glad I decided to start using BetterHelp and was paired with Loretta."

"I used to be nervous before any counseling session, afraid of what the counselor would think but now I look forward to our sessions. Ebonii really helps me clear out my head and steer me back to the right path for better mental health. Any time I feel like I'm heading back down the negative path I think of what Ebonii has explained to me and it helps a lot."

The paranoia you're feeling doesn't have to get the better of you. When you have allies who can help you cope with these feelings, it will be much easier to get through the day. You'll feel less nervous and will be able to focus on the things that make you happy. Take the first step today.

Common ‘Why Do I’ Questions Many Of Us Want Answers To

How To Be Myself When I Don’t Know Who I Am? How To Move Forward If You're Thinking, "I Don't Know Who I Am."
For Additional Help & Support With Your Concerns
Speak with a Licensed Counselor Today How To Deal With Anxiety And Depression When You Don’t Have Energy How To Handle A Narcissist And Protect Yourself 12 Tips For How To Deal With A Narcissist Boyfriend How To Spot A Narcissist: 5 Things To Look For How To Give Someone Space And Why It’s Important How To Get Your Mind Off Something: The Best Ways To Distract A Run Away Brain
The information on this page is not intended to be a substitution for diagnosis, treatment, or informed professional advice. You should not take any action or avoid taking any action without consulting with a qualified mental health professional. For more information, please read our terms of use.
Your session is about to expire!