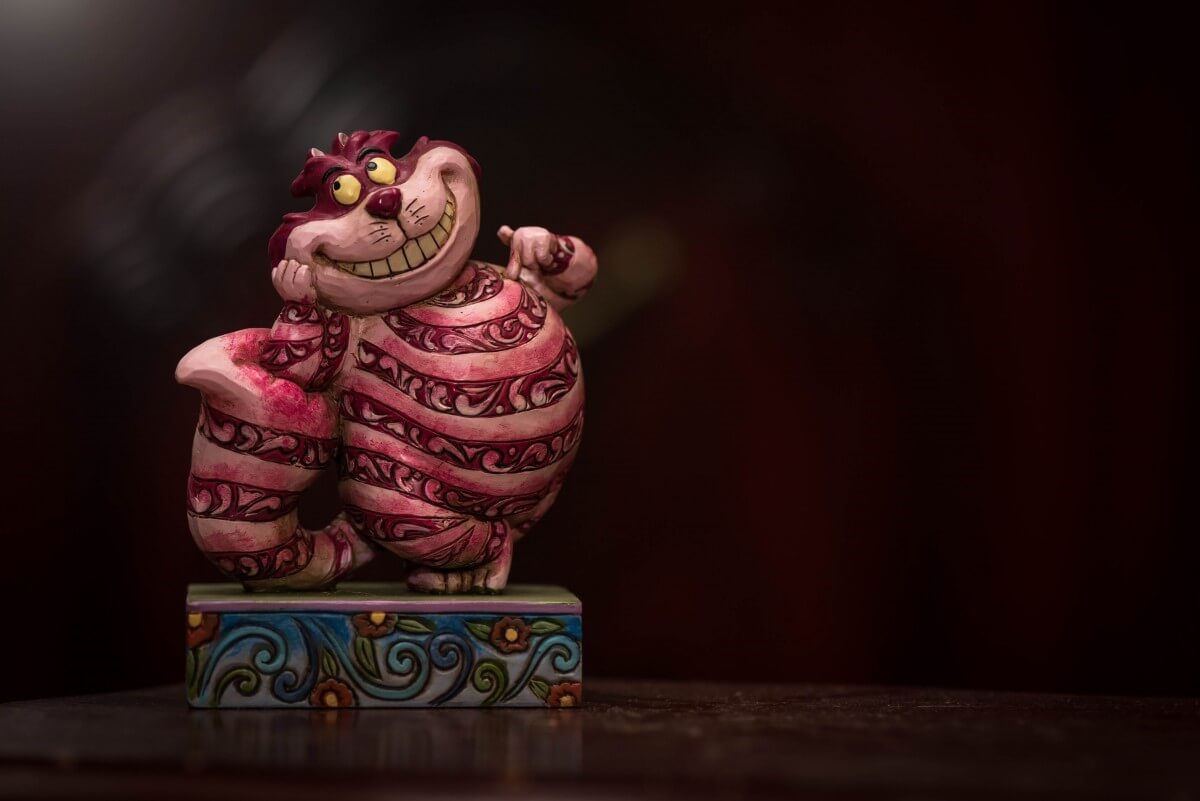 Imagine perceiving the world around you in microscopic figures. The coffee table is suddenly the size of your finger. The pillows appear to be minor specs in a sea of carpet. You believe to be a cramped giant in a room of miniature trinkets. Objects right at your disposal may appear light years away. This unique approach to visual perception is not the conjuring of a Lewis Carroll tale. In fact, it is an actual diagnosis that manifests itself quite frequently. It is entitled, Micropsia, or adequately nicknamed, Alice in Wonderland Syndrome.

In 1955, Dr. John Todd discovered "The Syndrome of Alice in Wonderland" while observing patients with migraines and epilepsy. He was inspired by Alice's magical adventures in this mysterious land. When she ate or drank the delicacies presented to her, she began to grow into an enormous size. Everything around her seemed excruciatingly small. Fans of the popular Disney movie can vividly remember her being cramped and squished in a small room after eating the elusive "eat me" treats.

Dr. Todd described the symptoms of AWS as being, "illusory changes in the size, distance, or position of stationary objects in the subject's visual field; illusory feelings of levitation; and illusory alterations in the sense of the passage of time." What makes this syndrome adequately coined is the personal attachment author Lewis Carroll had. Rumor has it, Mr. Carroll suffered from migraines, hallucinations and periods of time when objects around him seemed smaller than normal. These episodes could have creatively influenced his writing.

Micropsia, according to Dorlands Medical Dictionary for Health Consumers, is defined as, "a visual disorder in which objects appear smaller than their actual size." Neurological factors, migraines, glasses and even drugs can fuel this condition. Because individuals who experience this perceive their body and objects around them as being distorted, this condition can cause anxiety, fear, and discomfort. Micropsia is not limited to one particular age or demographic. However, children aging from six to ten years old are reported to experiencing these symptoms quite frequently.

However, this condition could follow children well into adulthood due to lifestyle choices, neurological factors, and optical viruses. Alice in Wonderland Syndrome is the given name of the umbrella that covers a multitude of other optical related disorders. Macropsia, metamorphopsia, and pelopsia are other common conditions that create a distorted perception. However, Micropsia seems to be the most traditionally diagnosed across the board. In fact, a popular study conducted by neurological doctors Grant Liu, Alessandra Liu, Jonathan Liu and Geraldine Liu, surveyed a group of 48 individuals with confirmed Alice in Wonderland Syndrome.

Out of the 48 examined, 69% reported experiencing symptoms of Micropsia as opposed to the other visually impairing conditions AWS can produce. They also found that one-third of the patients surveyed reported to having their symptoms continue over a span of time. However, the vast majority of the patients examined reported having symptoms that continued to appear over the course of their life. Sufferers typically experience these manifestations in the evening or after sundown. 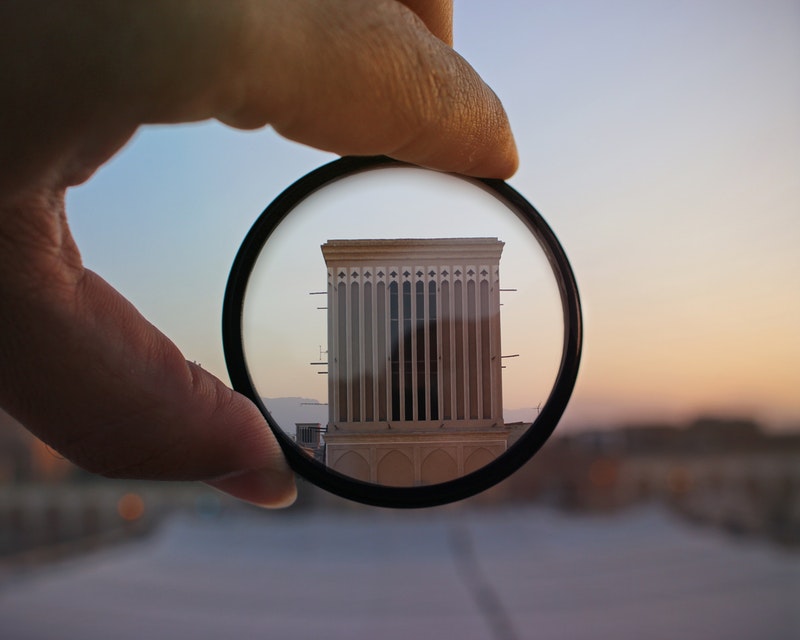 What makes this condition tricky is that those who experience Micropsia can determine that the objects around them aren't warped. However, their perception, controlled by the brain, is what tells them that their arms are growing or that the spoon is far away. For example, a young woman reported physically feeling that her lips were shrinking. She also felt her arms and legs growing out of her body into giant masses. Naturally, she was afraid. She touched her lips and felt their normal size. She even walked to her mirror and saw her lips as for how they typically appear. However, her mind convinced her with great strength that her lips were the size of a needlepoint.

New York Times contributing writer Helene Stapinski relates her bout with Alice in Wonderland syndrome; describing it appropriately as, "everything in the room was at the wrong end of a telescope." She relates a story about her 10-year-old daughter experiencing symptoms of micropsia while having a headache. Her daughter relates, "everything in the room looks small." After hearing her daughters confession, she began speaking with neurologists and doctors about the problem to ensure her daughter's safety. .

After learning that migraines, stress and even cough medications could be to blame, she decided to dig deeper within her own familial unit to try and locate the source. Ironically enough, she discovered that her mother, brother, sister, son, and cousin also experienced Micropsia at some point in their lives. Her mother, experienced symptoms so severe, she had difficulty walking.

Individuals who experience this may also feel like their body is convulsing or trembling out of control. They may experience hallucinations and seizures which eventually lead to excessive fatigue. Some even report feelings of levitation or flying.

There are a variety of factors that can contribute to the onset of Micropsia. One primary cause is connected to issues within the eye itself. Macular edema, which is build up in the retina, can dislocate certain cells within the eye. Macular degeneration produces excessive swelling around the retina which creates Micropsia symptoms. Usually, when doctors attempt to correct these inhibitors within the eye surgically, Micropsia is often a direct result of the surgery.

Certain viruses, such as Epstein-Barr, can directly impact the cornea causing excessive swelling. No wonder individuals with this condition perceive objects or body parts in a distorted manner. The brain communicates directly with the body.Even though Micropsia is primarily perception based, a virus or infection within the eye itself can greatly contribute to the hallucinogenic experiences.

Individuals who partake in recreational or hallucinogenic drugs may experience symptoms of Micropsia. Specifically, excessive cocaine use over a long period will result in these symptoms. Although the initial onset of consuming these drugs may produce distorted perception, the damage of possessing long-term effects of Micropsia is still a risk factor. For example, years after consuming hallucinogenic drugs, people experience certain flashbacks from their bad or good trips. These images may follow them at random throughout their life. Symptoms of Micropsia have been reported side effects of consuming these drugs. In fact, individuals may experience this condition while having a flashback. 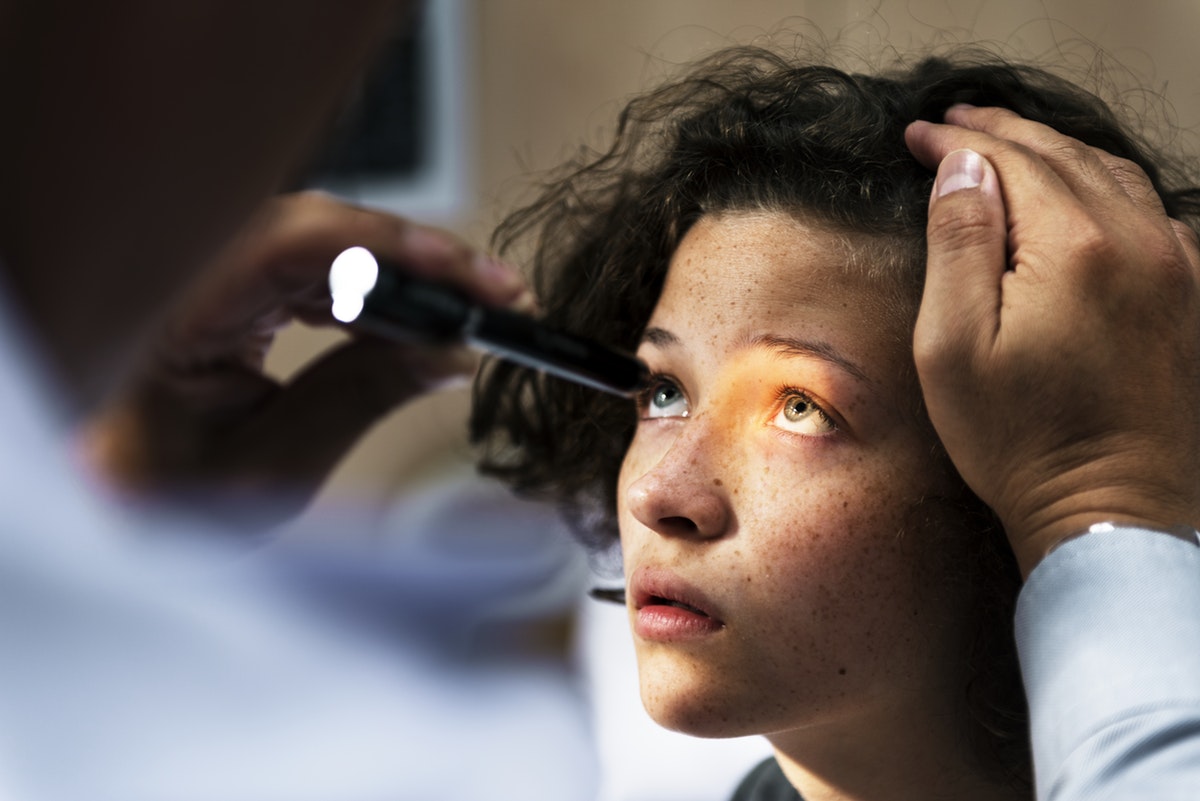 Although physical elements primarily cause micropsia, often psychological imbalances can bring about distortions. For example, because Micropsia consists of altered visual perception, an individual with Body Dysmorphic Disorder, may display signs of warped vision. They may see their body parts as being significantly small or large which could result in an obsession with appearance. Others may use Micropsia as a coping mechanism to loneliness. Since many of the illusions revolve around putting distance between yourself and objects, Micropsia could manifest itself as a means to dealing with that loneliness.

Temporal lobe seizures impact the vision controlling aspect of the brain, the amygdala-hippocampus. When an individual experiences these seizures, their optical perception is directly impacted. Samiya Ahman, MD, an Assistant Professor of Pediatrics in Texas, describes these illusions as, "presenting a sensory change or inability to orient oneself in space or time."

Along with seizures, brain tumors and lesions could also cause micropsia symptoms. The two hemispheres of the brain must work together to function correctly. When one side of the brain is damaged, it may perceive size and depth differently than the other side. This incorrect communication between both hemispheres creates the illusions of objects or even body parts appearing smaller.

Other Symptoms Of Micropsia

This condition comes with multiple side effects that leave the one suffering feeling helpless. Migraines are one of the most common symptoms before and after a Micropsia attack. Similar to falling down the rabbit hole, so to speak, a micropsia episode can alter one's perception of time. They may feel as slow as a sloth, or quick like a cheetah. The things they hear or even touch may be altered- distorting all angles.

It's as if the person is in an outer-body experience; entering a world full of mystical horror. Although symptoms of Micropsia occur closer towards the evening or night-time, some individuals may experience distortions throughout the day. This causes a large amount paranoia, anxiety and restlessness. 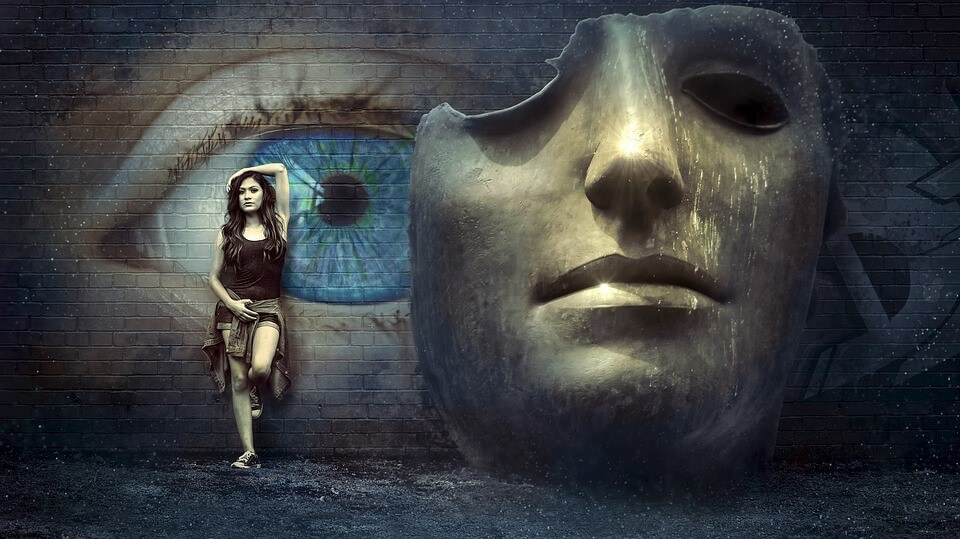 There is no official treatment process for Micropsia as the symptoms experienced are all subjective to the individual. To obtain a proper diagnosis for micropsia, it is vital to consult with a neurologist or a psychologist. A series of psychological testing and brain monitoring are common methods for determining a diagnosis. There are several diagnostic tests that a medical professional may present to the patient including EEG, the Amsler Grid Test, CT scans and MRI scans.

Electroencephalography, or EEG, monitors electrical brain activity in epileptic patients. When observed with micropsia in mind, the electrodes will record electrical impulses and inconsistencies of the brain. Then, doctors can provide an accurate diagnosis. Similar to divergent and convergent testing in children with neurological disorders, the Amsler Grid Test can accurately determine the intensity of the patient's distortions. They are shown a grid of plain rows and columns. When the patient looks at a particular point of the grid, they will report seeing the distortions which look like a sinking hole to the naked eye.

Individuals who experience intense and current migraines may be prescribed migraine medication. They may even be encouraged to change their diet to help the migraines subside. Fortunately, the symptoms of Micropsia usually subside after a migraine is over. As for drug-induced episodes of Micropsia, the individual may be encouraged to seek drug-treatment therapy to assist with their symptoms. Special, Hemified glasses that assist with visual stimulation could help the individual to "ride the wave" so to speak during their episodes to make the symptoms easier to handle.

Although Micropsia is a rare condition, there is a vast community of individuals who have to deal with this syndrome on a daily basis. By understanding the underlying causes, symptoms and possible treatments, there could be the possibility of discovering a universal cure. If you or your child are experiencing symptoms of Micropsia and would like assistance, feel free to visit (https://www.betterhelp.com/start/) for the chance to be adequately matched with one of our many qualified mental health professionals. By answering a short questionnaire, you will be well on your way to receiving the aid and comfort you need.

What Are The Signs Of An Addictive Personality Disorder?