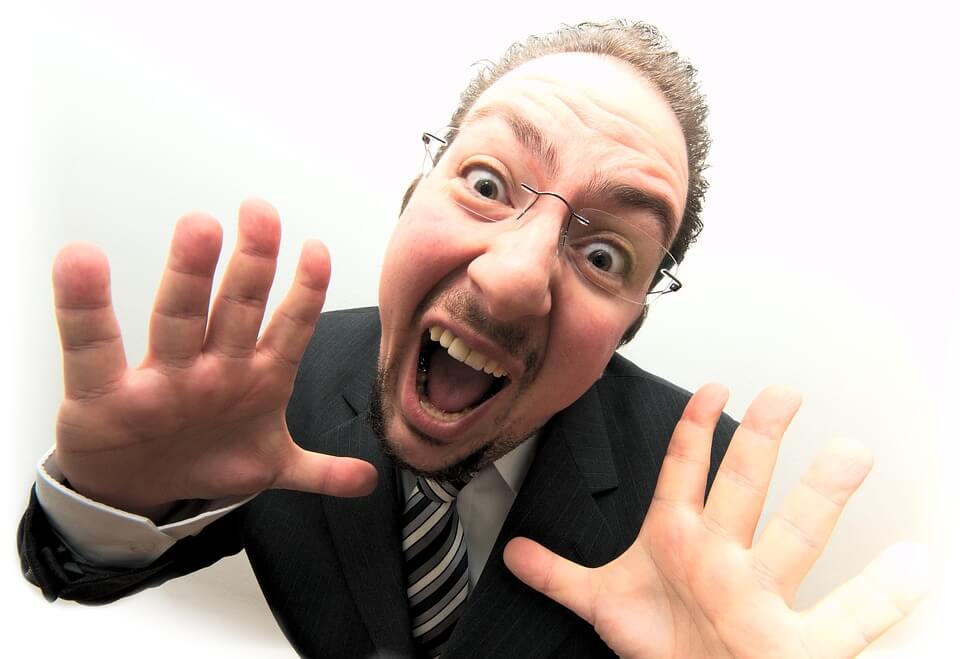 We tend to often use the terms sociopath or psychopath in a very cavalier or sarcastic manner to describe traits in an individual we find disturbing or irritating, for example, your friend loses her temper and lashes out at you, and you say, "Stop being such a psycho!".

It's meant to be an exaggerated comment, a figure of speech and we don't think twice about using phrases like that, but in truth, sociopathy and psychopathy are real illnesses which should be taken seriously.

SPD is defined officially as a disorder where the individual has little to no regard or consideration for social norms and mores, other individuals or rules and laws. Because of this lack, they tend to treat people callously and have no empathy or compassion towards others and think nothing of being untruthful or deceitful.

Sociopathy and Psychopathy are sometimes used interchangeably (incorrectly) and can be confused with one another because the two mental disorders share similar traits and symptoms. But they are not the same, while all psychopaths are also sociopaths, not all individuals suffering from sociopathy are psychopaths.

A psychopath is far more dangerous and more likely to commit heinous crimes. Some of the terrifying criminals in history, including serial killers are psychopaths. They are especially terrifying because they do not look like monsters from the outside. Instead, they are charming and winsome and reveal no traces of the darkness within (think Ted Bundy or Paul Bernardo).

While psychopaths are unable to form an emotional attachment to anyone or feel any empathy, they can easily and skillfully pretend to those emotions through observation and by mimicking others. They tend to be very intelligent individuals, and on the surface they are perfect, they maintain steady careers, often have families and children and blend seamlessly into society.

Because of their cool, meticulous personalities, when psychopaths commit a crime they often get away with it for a very long time because they usually cover all their bases. Medical science accepts that psychopathy is related to genetics.

The environment can largely shape sociopathy on the other hand. Unlike psychopaths, they are less organized and are more prone to emotional or violent fits of anger. They don't blend into society quite as well, and people around them might find their behavior odd or disturbing. When a sociopath commits a crime or breaks the law, it is often done impulsively, recklessly.

While it is hard for a sociopath to feel empathy or create an attachment to others, it is not impossible, and in most cases, they do form social bonds and links with people even though they don't care about society in general. It is said that many highly successful people in business, politicians, celebrities, and other high profile people have sociopathic traits in them. Their unique ability to disassociate themselves from others and detach themselves emotionally from a situation is often beneficial in the corporate or political world. 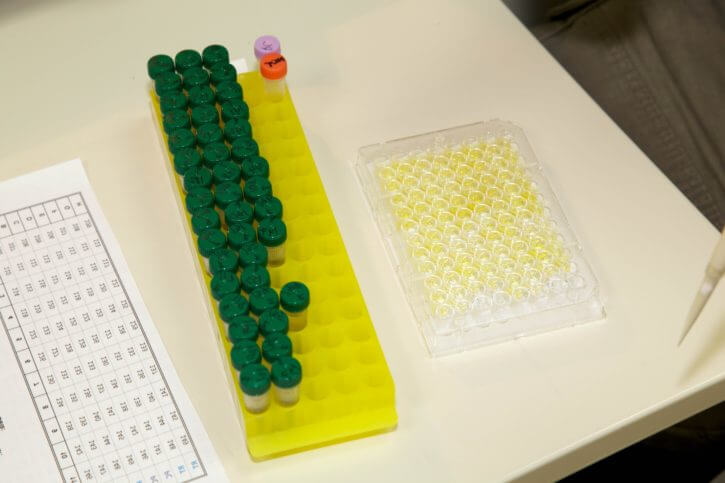 There is no known cause for SPD, but research suggests a few possible causes:

What Are The Symptoms Of Sociopathic Personality Disorder?

The disorder may be difficult to diagnose since the symptoms are behavioral rather than being physical. Some of the symptoms displayed may include one or all of the following:

Symptoms of the disorder are exhibited in childhood before an individual hits their teens. Again these symptoms are more behavioral, for instance: 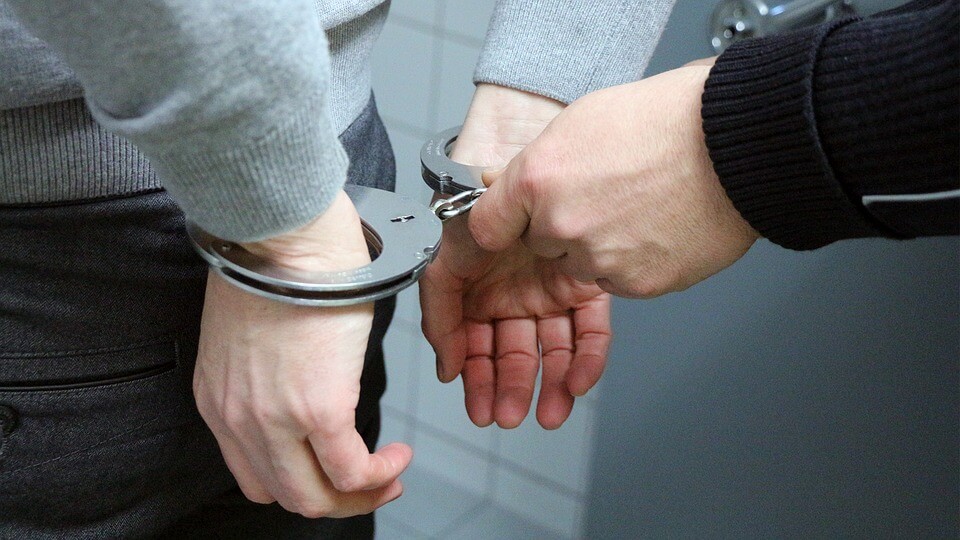 If you're someone who has experienced any or all of these symptoms and you're struggling to understand what's going on, see a doctor. There are online quizzes that you can also do. These quizzes are not meant to be a medical diagnosis, but they may raise some questions that might help you to understand better what you're experiencing. Keep in mind the best and only way of getting an accurate diagnosis is to see a mental health professional and to be as honest and accurate as possible.

Not unlike many types of mental disorders, Sociopathic Personality Disorder is difficult to diagnose because the individual who suffers from the condition does not believe there is anything wrong with them. If and when they do reach out for help to a medical professional, it's usually because they are trying to get treatment for another problem like depression, addiction or alcoholism.

Through the course of evaluating their problem, the doctor may suspect SPD. But again it can be tricky to diagnose since the individual once again is not likely to provide an accurate assessment of the signs and symptoms they experience. Interviews with family members or loved ones become very important in this case because they are in a better position to describe the individual's actions and how it affects those around him/her.

The diagnostic process always begins with a physical examination to rule out any possible medical illness or conditions. This examination can include blood tests and a full physical. Once the doctor is satisfied there is no underlying physical problem, the individual will be referred to a psychologist or psychiatrist for further evaluation.

Based on the results of the psychological examination, the person's medical history as well as their personal history, the mental health professional will then provide a diagnosis of the disorder. They will also have to evaluate whether the individual meets the criteria outlined in DSM-5. For an SPD diagnosis, all four criterion listed in the American Psychiatric Association's Diagnostic and Statistical Manual of Mental Disorders Fifth Edition (DSM-05) DSM-5 have to be met:

Once there is a diagnosis, the individual can explore treatment options with their doctor.

Can Sociopathic Personality Disorder Be Treated?

Unfortunately, SPD is a lifelong disorder, and there is no method of curing it completely. However, doctors will still recommend that the individual gets treatment because in some cases a combination of psychotherapy and medication can help control symptoms and enable the person to live a more normal life.

Regular sessions of talk therapy with a mental health professional can be helpful in dealing with anger issues or helping to overcome underlying problems like abuse or addiction issues. Talk therapy can also arm the individual with coping skills and strategies for dealing with certain symptoms of SPD> While there is no medication for SPD, but the doctor may prescribe pills to deal with some of the symptoms of SPD like anxiety, or aggression.

Unlike other mental health disorders, the intensity of symptoms in a personality disorder often decreases as the individual gets older. And in some cases, a sociopath who displayed troubling behavior in the youth, for instance harming animals or stealing, will outgrow these tendencies on their own. Not because they have been cured but because they mature over time or they realize there are social stigma and legal repercussions attached to displaying this type of behavior and so they learn to curb this tendency.

Because there is no cure or no way of permanently treating sociopathic personality disorder, support from family members and loved ones is very important for an individual who is actively trying to get better. It is equally important for family members to receive love and support as well, doctors will recommend that loved ones affected by the actions of the individual with SPD also seek help.

They can go through family counseling or personal therapy for their mental health as well as to gain a better understanding of the illness. Many support groups are available online or in your community to help cope with the realities of SPD and the impact on your life.

If you suspect sociopathic personality disorder, please get help. If you're suffering from anxiety or depression, having suicidal thoughts or experiencing an urge to act out violently go to a hospital right away or call 911.

Understanding The Contradiction: I Hate You Don't Leave Me
For Additional Help & Support With Your Concerns
Speak with a Licensed Counselor Today