Content Warning:Please be advised, the below article might mention topics that include emetophobia, vomiting, and related topics. Always seek emergency services, your physician, or other qualified health providers with any questions or concerns you may have.

When someone has a phobia, this means that they experience a strong, irrational fear of something. The emetophobia definition, in particular, refers to the fear of vomiting, and it is more common than you may think. Emetophobia can arise at any age, though most of those who experience it have done so for so long that they don't remember a time when they weren't afraid of vomiting. Even just hearing the word "vomit" is enough to make people break out into a cold sweat.

Those with emetophobia may fear choking on vomit, being hospitalized for vomiting, or simply vomiting and being unable to stop. They can't bring themselves to say words likepuke, barf, or throwup, and they have to look away from vomiting scenes in films and television shows. While many people who experience thisstate that anticipating the vomiting is almost always worse than the act of vomiting itself, this does not prevent them from being positively terrified of vomiting anyway.

Those who struggle with this condition often tense up when they hear of the latest stomach virus to make the rounds. They may go out of their way to avoid leaving the house unless they have to for fear of coming in contact with germs. They may avoid shaking hands with people, refrain from being near anything remotely smelly (like garbage) that could set off their stomachs, and overcook their food and indulge in antacids "just in case." They are hypersensitive to even the slightest sign that they may be coming down with an illness, and they throw out food long before it expires.

Emetophobia may also tie into other fears, such as a fear of food, a fear of eating, or a fear of wasting food that has already been eaten. Emetophobia can also contribute to such conditions as eating disorders and obsessive-compulsive disorder, such as excessively washing their hands to avoid germs. People may avoid trying new foods for fear of succumbing to food poisoning that may lead to vomiting. Similarly, they may also avoid overindulging in alcohol out of fear of vomiting while drunk, or getting pregnant out of fear of experiencing morning sickness.

Typically, emetophobia is caused by someone having a negative experience with vomiting, usually at a young age. For instance, a particularly bad stomach flu leading to a long night of violent, uncontrollable vomiting may be a trigger, as might an unexpected instance of vomiting in public. However, emetophobia can also spontaneously occur with no real known reason as to why.

Some experts feel that emetophobia is tied to a fear of losing control. Some people try to have control over every aspect of their lives whenever possible and vomiting may be difficult or, at times, even impossible to control. Vomiting can happen at inconvenient times and in potentially embarrassing locations, which can cause high levels of distress to those who are fearful of it.

What is perhaps equally interesting and upsetting about emetophobia is that those who experience it rarely vomit. But they still live in constant fear that it could happen at any moment. Those with emetophobia may have even adjusted their behavior or developed obsessions that they have learned to keep them "safe" from vomiting, such as eating less food or abstaining from certain foods altogether.

For instance, some people feel more comfortable in one room in particular in their home, or even outside of their homes. Some may sleep with a towel or bowl next to them every night, just in case they happen to wake up needing to vomit. Others feel distressed upon entering a building they've never been in before because they do not immediately know where the restroom is in the event of an emergency. 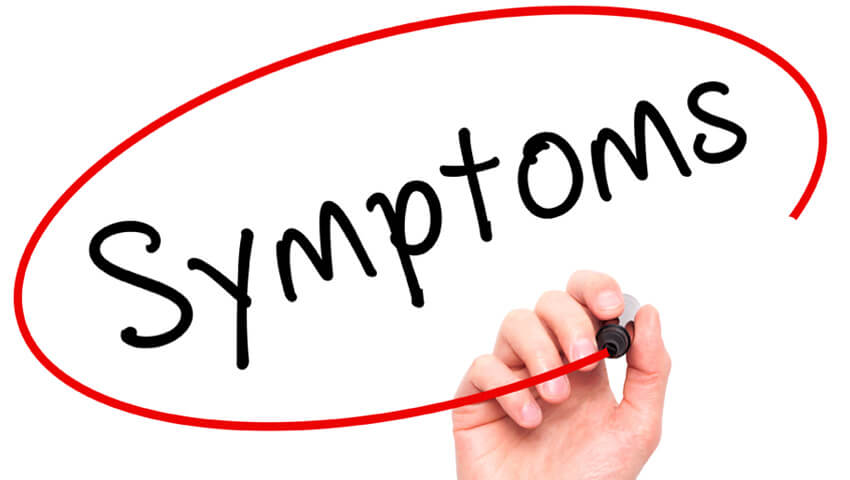 However, one of the most common symptoms of emetophobia is frequent episodes of nausea and indigestion. People who experience emetophobia tend to cause the very symptoms that they're terrified of experiencing. It does not prevent someone from getting sick but instead causes it. What's so miserable about this is that being nervous automatically makes some people's stomachs upset. So, they are nervous about vomiting which, in turn, nauseates them, which makes them feel even more afraid. This cycle leads to an endless loop of fear, nausea, and ultimately, even more fear.

Long car trips can also put those with emetophobia on edge, with many people report that they feel "safer" when they are the ones driving. Additionally, some people prefer to drive without any passengers in the car because they fear their passengers may see them vomit if they can't get to a restroom in time.

Those who live with emetophobia may find that their condition leads to additional fears or obsessions over time. Some people develop cibophobia, which is the fear of food. Those with cibophobia may worry that their foods have not been cooked long enough, or properly stored, which could potentially cause them to get sick.

Others may place hard limits on the types of food they eat, sticking to what is "safe" (i.e., foods they have never vomited up before), or even refusing to eat until they feel full out of fear that feeling full can lead to feeling nauseated and vomiting. In the most extreme cases, some people have developed anorexic tendencies in their desire to abstain from food.

Many people can develop social anxiety or become agoraphobic, which is the fear of leaving the house. They are afraid they might end up in a place or situation where they may be witnessed vomiting, or where they may not be able to make it to the bathroom in time. They may also be afraid of seeing another person vomit, which is another common side effect for those who have emetophobia. These fears can lead to feelings of anxiety, panic, and loss of control.

The thing with avoidance, though, is that the more a person tries to avoid, the worse and more complicated the fear becomes. What's particularly challenging about emetophobia is that children who experience it will miss school or skip hanging out at a friend's house, and adults will miss work or avoid going out to eat with friends/family, all for a condition that seldom happens. Most of us could probably count on one hand the number of times we've thrown up in our lives, yet the fear of the fact that it could happen at any moment is enough to cause anxiety and fear.

For those with emetophobia, even though it seems like such a powerful and often all-consuming fear, it is treatable. Cognitive behavioral therapy (CBT) is one such treatment, which can help people learn to face their fears and substitute their negative thoughts toward vomiting with positive ones.

You may be thinking, how could vomiting ever be viewed in a more positive light? For one thing, vomiting is the body's natural way of purging something that doesn't belong. This is why it is often associated with overindulging in alcohol, eating bad food, or coming in contact with a stomach virus. 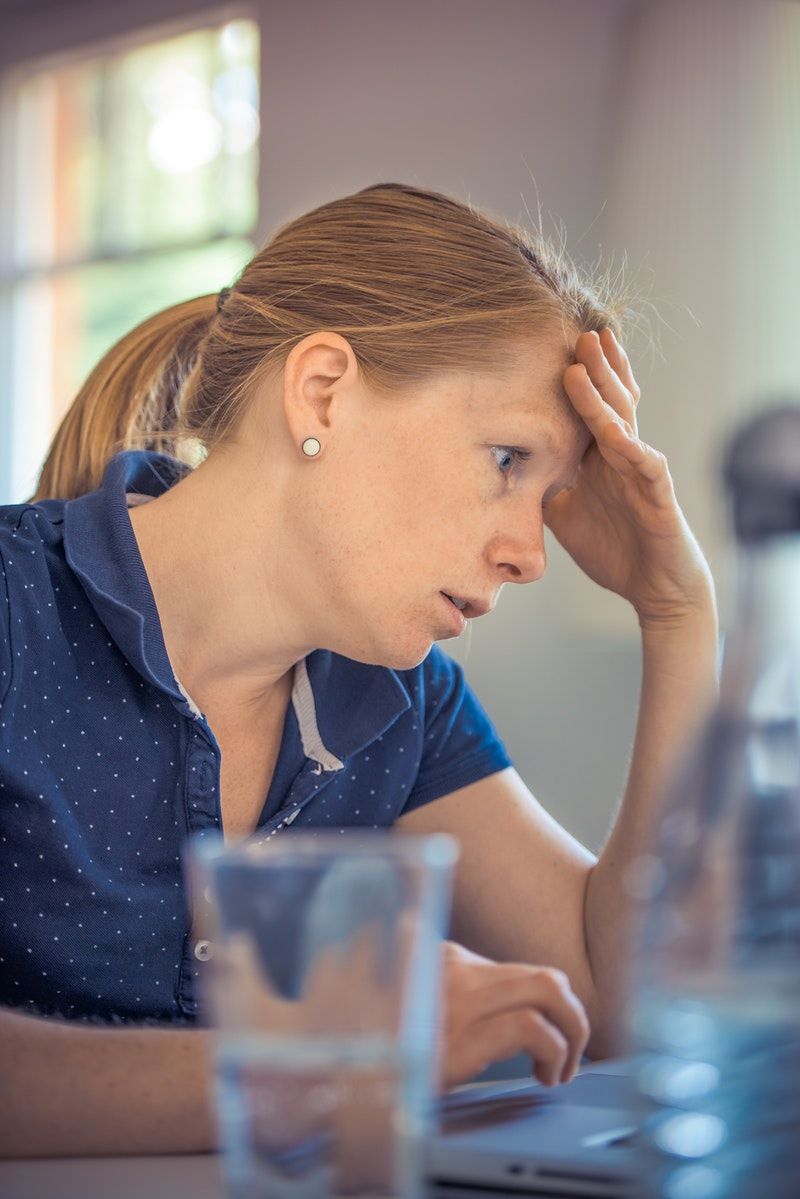 What is important to remember is that while the act may be unpleasant, most people report feeling significantly better after they vomit, and in most cases, whatever is causing a person to vomit is purged from the person's system within 24 hours. This feels like a long time when you're sick, yes, but at least you know that you will likely feel better after the miserable day is finally over.

The thing about emetophobia is that it is often a complicated phobia to diagnose and treat because of the other phobias and anxiety disorders that can develop over time in conjunction with it. It is therefore important, should you seek help that you be as open and honest with your counselor as possible about all of your symptoms to receive the most accurate diagnosis possible, which can then lead to receiving more effective treatment.

Emetophobia may be one of the tougher fears to beat, but over time you can overcome it. Treatments include medical care, psychological therapy, and a combination of the two. If emetophobia is interfering with your ability to lead a normal life, consider reaching out to one of our BetterHelp counselors, available 24/7 to help you from the comfort of your own home.

Online therapymay not be the first solution to address emetophobia that comes to your mind, but it can aid in the process of seeking the right care. A study published in 2017 showed the results of a randomized controlled trial that assessedcognitive behavioral therapy (CBT) treatment usage for emetophobia. The study’s authors found that more than half of the participants receiving CBT reported improvement in their condition compared to 16% of participants who didn’t receive CBT. Participants who received CBT treatment reported a reduction in distress.

Online therapy can be a good first step in seeking treatment for this condition. While you should always consult with your primary care physician or other qualified healthcare providers, especially if you are experiencing an emergency or acute symptoms, online counseling can help build a long-term solution for managing emetophobia. Licensed therapists are ready and uniquely qualified to deliver high-quality care through different modalities such as live messaging, video conferencing, and phone calls, so there is no need for you to leave your home to attend a face-to-face session. Additionally, online therapy is significantly more affordable than traditional therapy, with most platforms’ sessions costing a fraction of traditional therapy.

Read below for just a few testimonials of people who used BetterHelp:

Previous Article
What Is Thalassophobia And How Can You Cope with It?
Next Article
How To Overcome Social Phobia
For Additional Help & Support With Your Concerns
Speak with a Licensed Therapist
The information on this page is not intended to be a substitution for diagnosis, treatment, or informed professional advice. You should not take any action or avoid taking any action without consulting with a qualified mental health professional. For more information, please read our terms of use. 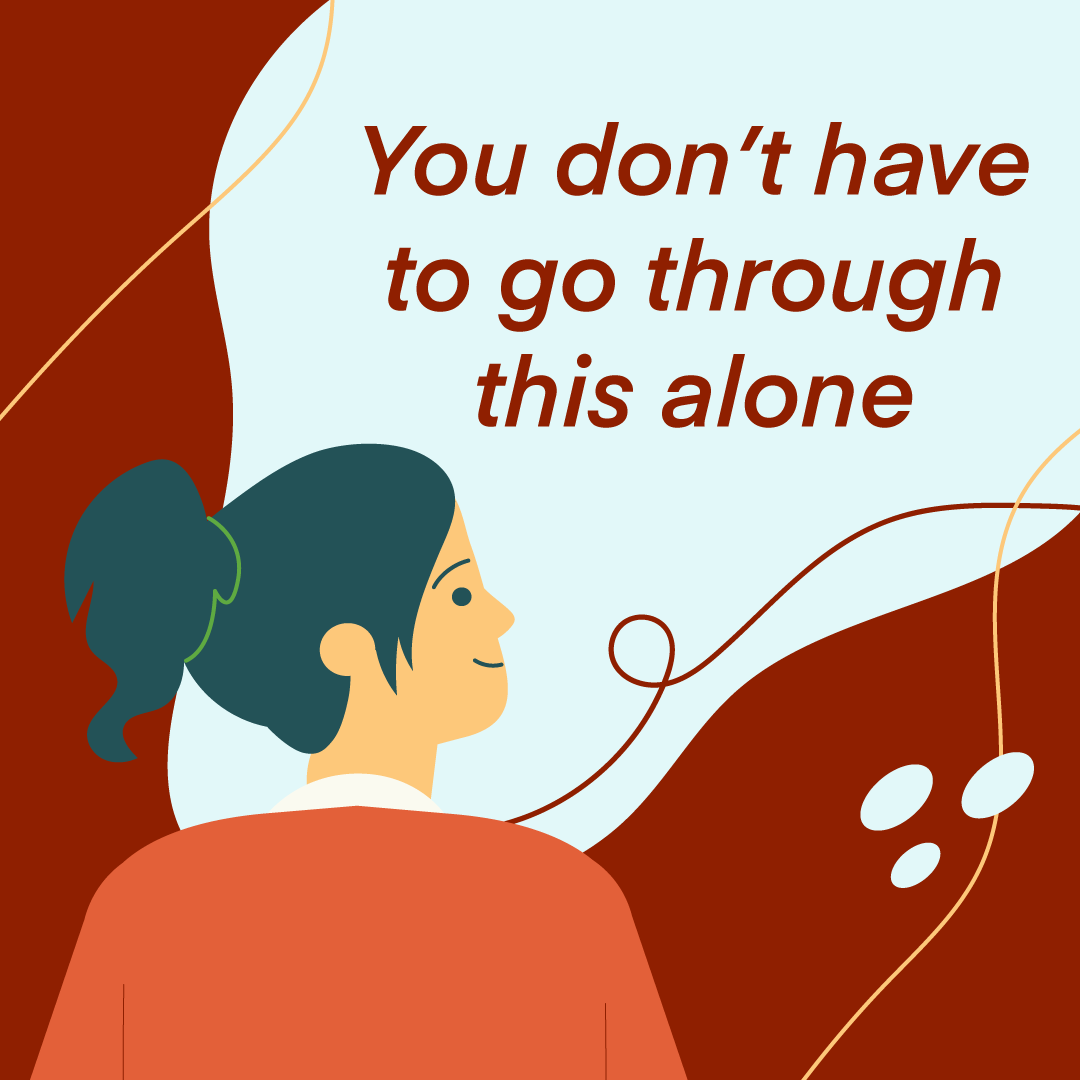