Famous Psychology Experiments That Shaped Our Understanding Of The Field

Without experimentation, we would not know nearly as much as we do about how the human mind works. These famous psychology experiments, as unethical as some might be in today's standards, have taught us a lot and are still nonetheless an important part of the history of the discipline. In chronological order, some of the most influential experiments of all time will be discussed and why they have solidified themselves in their position.

The case of Little Albert was one that demonstrated classical conditioning in humans, and emotional responses can be learned. 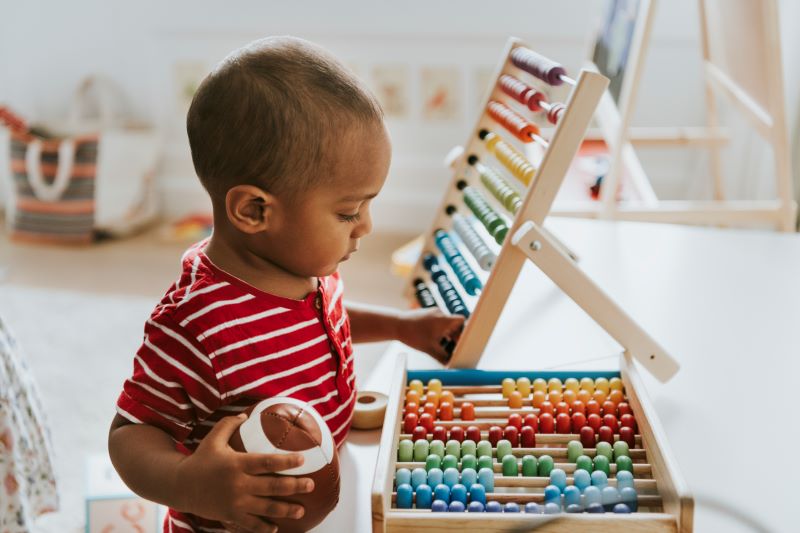 Dr. John B. Watson and a graduate student by the name of Rosalie Rayner wanted to perform a study to prove the existence of classical conditioning. To carry this experiment out, an infant named Albert B. would be deemed the perfect candidate for the project because he did not show fear nor cry. [1]

In the experiment, the two hypothesized that the fear of an animal could be conditioned by performing specific actions.

A white rat was one half of the stimulus, while a steel bar was the second one. Initially, Albert showed no hesitation to try to touch the white rat; however, when he did, Dr. Watson would strike the bar to create a loud sound, startling Little Albert.

Over time, he became fearful when being presented with the rat, but then the doctors wanted to learn whether this fear can be transferred.

Following a brief intermission, Albert became presented with other objects and animals. Albert would happily play with blocks, which shows that an emotional transfer didn't occur with other objects in the room, but when faced with rabbits and dogs as well as inanimate objects like wool and fur coats, a negative reaction would take place. [1]

Therefore, this famous psychology experiment shows that the mind can be manipulated to enjoy and fear things. In the case of Albert, he developed a phobia of furry objects. Even to the doctors, there were some ethical concerns, but it gave insight as to why fears, especially irrational ones, can be formed. Conversely, it shows that people can also be treated for them (i.e., cognitive behavioral therapy). However, allegedly, Little Albert wasn't reconditioned from his fear, and unfortunately, lived with the effects of this experiment.

The Asch Experiment, which is named after Dr. Solomon Asch, showed that when faced with social pressures one may alter their responses if it aligns with the others in a group, despite being certain that they have the correct answer. 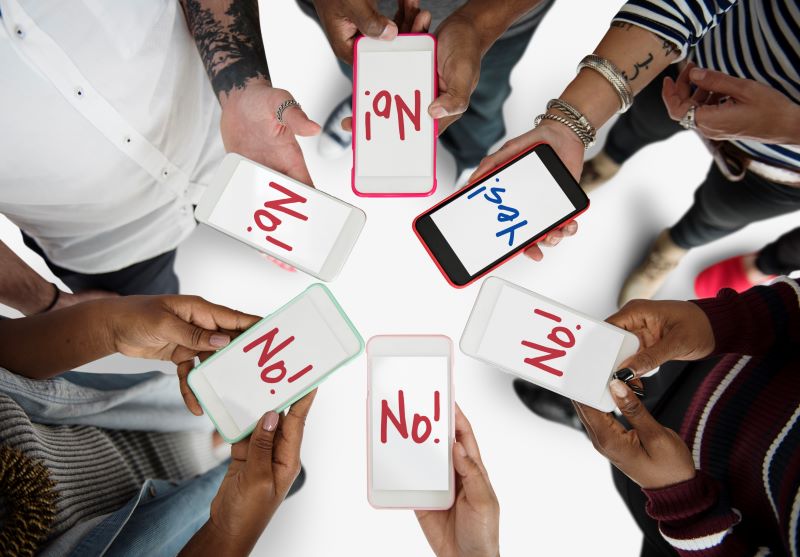 At Swarthmore College, Solomon Asch would conduct a study involving 50 male students and a vision test. This exam would include three different sized lines, labeled A, B, and C, and the longest one needed to be chosen. [2]

Asch would set aside some student except for one and have a predetermined answer for this group, but one unaware individual would choose the obvious answer.

In these 12 trials, the findings showed that approximately 75 percent of the "naive" individuals who participated would conform to the group's wrong answer.

Additionally, there were six controlled trials (making 18 total) that only had real participants. There wasn't a preselected answer, and everyone participated normally. In these, fewer than 1 percent gave the incorrect response. [2]

In the main trials, the participants who willingly conformed and gave the wrong answer wanted to fit in with the others and didn't want to be looked at negatively. This situation is known as a normative influence. Other than the thought of feeling humiliated, people also conform because they perceive the rest of the group as being more informed. This is appropriately named informational influence.

Nonetheless, this experiment demonstrated the power of groups and how they can easily influence others. While it isn't as unethical as the previous classic experiment, this one has still be met with criticism.

Since the Asch Experiment took place in the 1950s, during the "Red Scare" period in the United States, it's been argued that a conformist mentality was already present because of the culture of the time and the fear of being labeled a communist. However, this still reinforces the influence groups can have on individuals.

The Stanford Prison Experiment was a week-long study that captured how people can conform to roles and use it to potentially harm others due to their perceived power.

This study was funded by the U.S. Office of Naval Research and conducted by a team led by psychologist Dr. Philip Zimbardo and took place on campus. Here, a fictional prison was developed, and a group of 24 male students was divided into prisoners and guards. 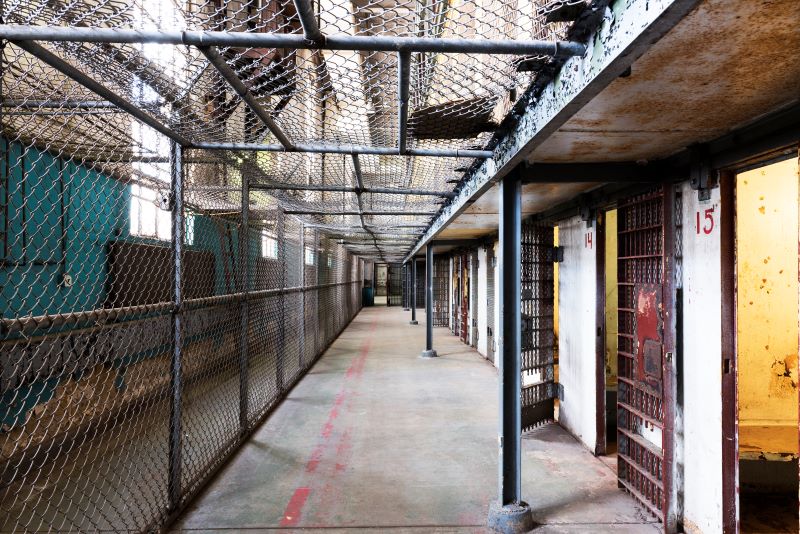 Despite instructing the guards not to harm the prisoners, the experiment became increasingly more oppressive and simulated real prison conditions.

The guards became dictatorial and were cruel to the "inmates," and very quickly, things got out of hand. On the 2nd day of the experiment, some prisoners staged a rebellion, and a few became so distressed that they quit the experiment early on. [3] In contrast to the guards, many of the prisoners became submissive to the authority figures and reluctantly accepted any abuse.

Even Dr. Zimbardo, who oversaw everything through surveillance, began to perceive himself more like a prison superintendent than a psychologist performing research. Once realizing this, he would conclude the experiment prematurely because of the events that occurred.

The entire process was filmed, and this experiment has consistently been under scrutiny for years. Although violence was not permitted, it still occurred, and according to Zimbardo himself, the guards had permission to create oppression through boredom, frustration, and to some extent, fear. He had wanted to create a sense of powerlessness. [4]

While this trial has been considered unethical, it does give insight into social roles, and the power (and lack thereof) can influence one's behavior. However, the extent to which it does has been put into question, and the entire experiment has been criticized for various reasons and deemed to be poorly conducted overall. [4]

Nonetheless, because of its notoriety, this is easily one of the most famous psychology experiments of all time, and it has been adapted to multiple movies and is a common topic of discussion in psychology textbooks.

As much as humans try to be unbiased, the Halo Effect shows us that our perceptions of others can greatly influence our decision-making, both consciously and subconsciously.

Conducted by doctors Richard E. Nesbitt and Timothy DeCamp Wilson from the University of Michigan, a large group of college students were instructed to evaluate a man who spoke English with a very heavy European accent. He would be judged on his accent, along with his appearance and mannerisms.

When being warm and friendly, these traits would be positively rated, but when he would act cold and distant, the students would have a negative perception towards him.

On appearance alone, 70 percent of the students approved of how he looked when he behaved warmly, but when he was cold, the same percentage of people disapproved of his looks. The results were somewhat similar, albeit slightly less polarizing, in regards to his mannerisms; however, the reaction to his accent was quite interesting. [5]

When the teacher was warm, it was divided 50-50 on how his accent sounded, but when he was cold, 80 percent of the students found his accent to be irritating [5].

Therefore, this experiment demonstrated that unrelated characteristics in people would be judged based on how they perceive them. Cognitive bias is an everyday occurrence, and it affects various aspects of life, such as our purchasing decisions, how we choose our favorite sports teams and even job interviews.

In a perfect world, people would be unbiased and make rational decisions, but this study shows that humans can be easily influenced based on how they perceive things. Because of its role in helping us understand cognitive bias, the Halo Effect is consistently talked about and concludes this list of famous psychology experiments. 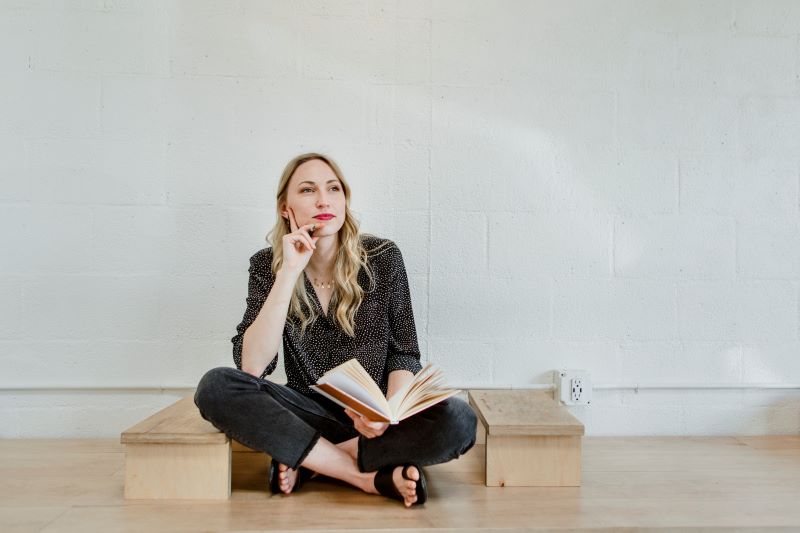 One step at a time, each trial and study has helped better our knowledge of how the human brain operates. It's always been a curiosity for many people, and without experimentation and the notes and experiences from the participants, we would not know as much as we do today.

These famous psychological experiments, despite being questionable to some, especially in regards to ethics, have passed the test of time, and their role in the history of the field has been solidified because of the insight that they have provided us.

Hopefully, this article has been informative, and to learn more about psychology, BetterHelp.com offers a large assortment of pieces like this one in addition to professional counseling services from qualified professionals.

What Is Chunking Psychology? Definition and Applications
For Additional Help & Support With Your Concerns
Speak with a Licensed Counselor Today