Advice Home > Psychologists > The Psychology Of Dreams: What Do They Mean?

The Psychology Of Dreams: What Do They Mean?

Dreams. Dreams are a vast, unknown world that can be either friendly or scary. Maybe you are a person that never dreams, or maybe you have crazy, vivid dreams every night of your life. Some can be pleasant; you can dream of a wedding or an adventure. Nightmares are possible; you can dream of drowning or fire or dying. And sometimes, they can be a bittersweet sadness; maybe a loved one that has passed came and visited in a dream, and it was a source of comfort to see that person again, albeit in your sleeping subconscious. 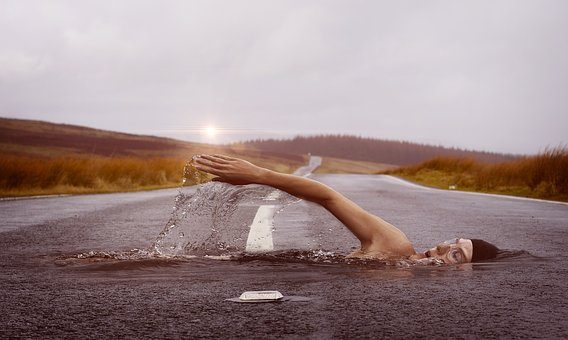 Different cultures around the world place different values on dreams. Some take them very seriously, assigning and dissecting meaning to them. If you dream of one thing, it means money, another, life. Depending on how you were raised, dreams can mean everything and nothing to you at all. Psychologists have been studying dreams and what they mean as well, which we will go into here.

A Dream: What Is It?

A dream is a succession of images, ideas, emotions, and sensations that usually occur involuntarily in mind during certain stages of sleep.[1] There are other definitions of the same word; a dream as in a goal that you want to reach within your lifetime, or perhaps zoning out and daydreaming during the day. But, for this article, we will focus on those that occur while you are sleeping.

Dreams do not have to be based on or anywhere near reality. As anyone who has dreamt in their life knows, you can go from being the shell on a turtle to a talking baby to yourself, or more, within the confines of a dream. Dreams have been the study of science, religion, philosophy, and interpretation throughout history, and yet they are still not fully understood.

Dreams occur mostly during the rapid-eye-movement stage of sleep, which is also known as your REM cycle. During your REM cycle, the activity in your brain is high, and it resembles that of being awake, which is why your brain concocts stories that can seem like you are. While we can sometimes know we are in a dream, while they are happening, and sometimes even after we wake up, they can feel very real. Dreams can occur during other cycles of sleep that are not the REM stage, but if that does happen, they tend to be less real, vivid, and memorable.

Dream lengths can range from a few seconds or 20-30 minutes, although that send of time in the dream world can also feel warped. If you happen to be awakened or pull yourself out of your dream during your REM phase, there is a higher chance that you will remember the dream after you wake up. According to a study done, it was found that the average person has three to five dreams per night, while some can have up to seven.[2] According to the Social Cognitive and Affective Neuroscience, any dreams that suggest emotional memory processing takes place in REM sleep, while any dreams that relate to waking life experiences are usually associated with and taking place during a REM portion of the brain waves occurring called theta activity.

We would be amiss to bring up dreams (or many psychology topics in general) and not mention Sigmund Freud. Freud is probably one of the most well-known neurologists out there who founded psychoanalysis, which is a clinical way of treating psychopathology. Freud did a lot of work on various aspects of psychology, developing a model of the psychic structure- the id, ego, and super-ego- which is how most people have heard of him today.

When it came to dreams, Freud's analysis of them as wish-fulfilments gave him models to analyze them critically. He delved into symptom formation and repression and explored the unconscious. This was where the id, ego, and super-ego came from. He also created the Oedipus complex, which is a child's sexual unconscious sexual desire for the opposite-sex parent and hatred for the same-sex parent, which can be flipped in its negative form. This and much more he published in his Interpretation of Dreams. He wrote extensively about the theory of dreams and their interpretations. In the height of its complexity, Freud believed that dreams are a manifestation of our deepest (and sometimes darkest) anxieties as well as our deepest (and again, sometimes darkest) desires. He tied them to related to repressed childhood obsessions (hence, where the Oedipus complex was birthed) or memories. He also believed that every single dream topic was the release of sexual tension. He held this belief across the board, regardless of what the dream was about- whether it was sexual or was an abstract, unbelievable, illogical sequence of images.

Freud also believed that dreams were so unpleasant for someone that the mind covered up what was happening or the true meaning of a dream by creating less threatening meanings for them and manifesting something different. In unapologetically diving in and picking apart the manifest, Freud believed that you could then arrive to and understand better the content of the dream. He saw an individual's thoughts, memories, and feelings turned into concrete objects and symbols and represented in that way when a person dreamt.

Whether you subscribe to every belief, some, or not, his Interpretation of Dreams held within it a psychological technique that he came up with to interpret dreams. In addition to this, he also created and published in that book a series of guidelines to help others understand the motives and symbols that appear in our dreams. Interpretation of Dreams was published back in 1899, and while there have been many studies since and there will continue to be, it serves as a bedrock that many people still use today.

Approaching dreams from a psychological approach versus approaching a dream from a lay person's approach are two different ways of viewing it. There are various theories associated with how to approach dreams, and they relate to the five major approaches to psychology: humanistic, behavioral, cognitive, psychodynamic, and neuroscience. Each approach has varying was of interpreting dreams, giving new insights and occasionally overlapping with each other. The psychodynamic approach revolves around Freud; as we have touched upon it already, let's briefly discuss the other four approaches.

The humanistic approach believed that humans were constantly trying to better themselves to reach their full potential. As a result, dreams are about yourself, the person having them, and how you deal with external environments and stimuli. It is a way for your mind to regain a sense of balance.

The cognitive approach focuses on the internal mental process that occurs. How someone understands, thinks, and knows about things around them affects how they respond to their environment. As a result, this dream approach states that dreaming allows someone to process information that they received throughout the day, and it is how they remember, learn, and survive.

Finally, the neuroscientific approach involved biology. It focuses on the brain itself. The brain is filled with neurons that fire and snap within the body and brain, which is how we do everything in life. This approach centers around the idea that the REM cycle and sleep trigger and release memories that are buried somewhere in the vastness of your brain, and you are trying to remember certain memories. They are not unconscious wishes, therefore, but something the brain just fires off in sleep. Therefore, they are meaningless and occur because, at the base, you are alive while you are sleeping.

Studying Dreams: What Do They Mean?

The American Association of Sleep goes into today's explanation of dreams. They state that today, many people see dreams as a connection to the unconscious mind. As discussed, there are various natures of dreams: exciting, melancholic, magical, scary, adventurous, even sexual, and they can range from ordinary to bizarre. They also mention culture and time and how dreams have varied in interpretation but conclude the basis of Freud's theory that most people follow, with additional thoughts.[3]

Freud, at the most basic level, concluded that dreams reveal hidden emotions and desires. Most people today subscribe to and endorse that theory. Expanded upon that, there are other theories that dreams help us in problem-solving and memory formation. Still, others believe that they occur simply due to brain activation.

Dreams And What They Can Mean For You

Dreams are something that affects everyone, whether it is in a good or a bad way. If your dreams are disturbing you, or you want to go to a professional to help you decipher what they mean, be sure to explore that option. In the digital realm, sites like BetterHelp.com can help match you with a professional who can help you in this way. As always, remember that it is important to get help if you need it. Happy dreaming, readers.

What Is Deflection? Psychology Explains This Defense Mechanism

What Is Gestalt Psychology? Definition And Overview
For Additional Help & Support With Your Concerns
Speak with a Licensed Counselor Today