Post-Traumatic Stress Disorder (PTSD) is a condition that may develop following a terrifying or harrowing ordeal, especially an event during which one has feared personal harm or death. It is not uncommon for military veterans, rescue workers, and survivors of violent or dangerous situations to experience symptoms of PTSD at some point in their lives. They could also be prone to develop Delayed-Onset PTSD. Strides are beging made, as PTSD awareness month brings more understanding to this disorder every June. 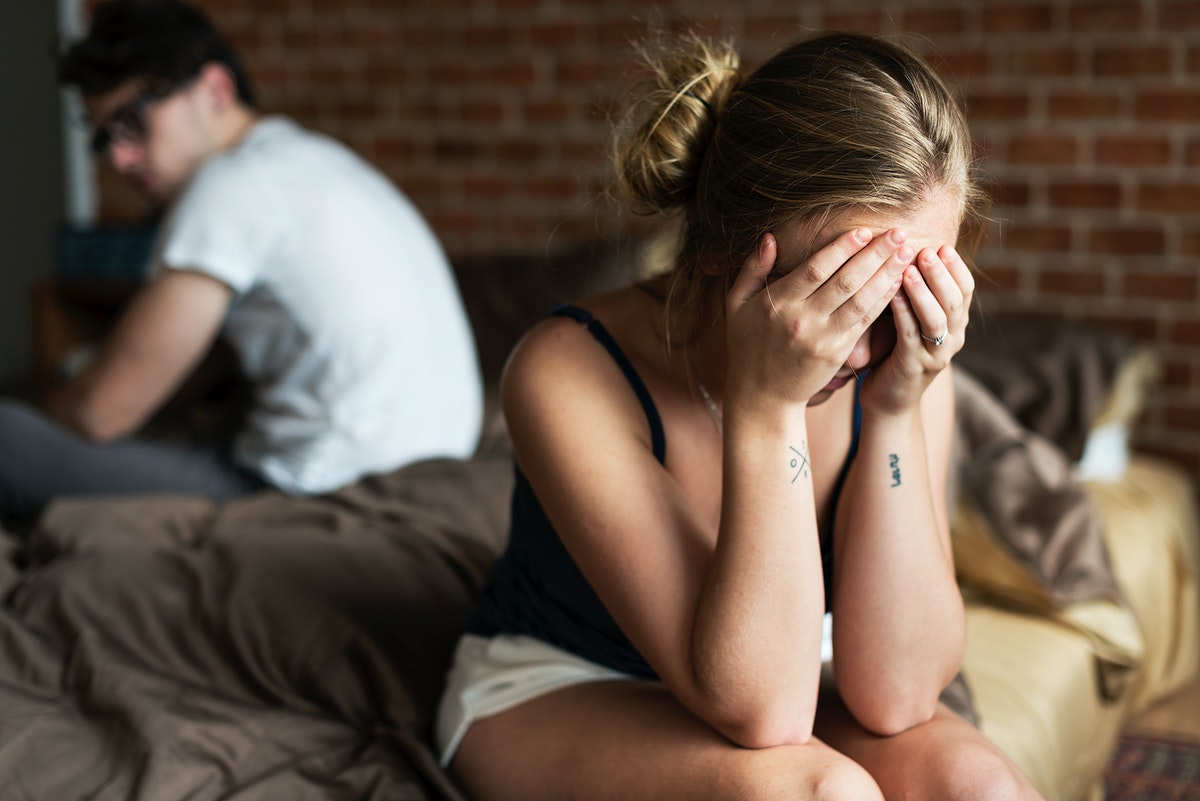 I Think I'm Experiencing Delayed-Onset PTSD, What Can I Do?
Therapy Can Help - Get Matched With A Licensed Therapist.

Traumatic events known to contribute to PTSD include military combat, serious vehicular or workplace accidents, and natural disasters like tornadoes and earthquakes. Physical violence, such as assault, rape, and child abuse, are also high on the list of contributing factors.

PTSD can affect anyone, even children, but research shows that it occurs more frequently in women than in men and in young adults more often than in children or older adults. Physical assault and rape are the most common causes of PTSD in women, while war and combat are the most common causes in men. About 8 million adults suffer from PTSD in the U.S. It may have some roots in genetics, as there is evidence to suggest that PTSD may run in families.

It often affects people in conjunction with other conditions and disorders like depression, substance abuse, and anxiety, making it more likely to strike in people with a history of these conditions.

The exact reason that some people develop PTSD is undetermined, but several factors may contribute to the disorder. It is important to note that experiencing a traumatic event does not always lead to PTSD. There is also a disparity between the experience and the severity of the symptoms. A patient can experience a mild form of PTSD resulting from a truly horrific experience, while another may deal with extreme PTSD symptoms from a less severe stressor.

Certain people may be at greater risk of developing PTSD when confronted with a traumatic event. There does appear to be a genetic predisposition for developing PTSD, and the risk is higher on average for those who are poor, single, or socially isolated. This may be attributed to a lack of support and resources to help them cope. Someone who has experienced previous traumatic events, especially as a child, or who has additional stressors is also more likely to develop PTSD.

What Are The Symptoms Of PTSD?

Within these categories lies a multitude of symptoms:

PTSD is also marked by significant mood swings or changes in behavior. Feelings of hopelessness, negativity, guilt, shame, and anger, as well as thinking badly about yourself or others, are all signs. At its worst, PTSD can make people feel suicidal.

Those who suffer from PTSD often have trouble maintaining friendships and relationships, difficulty holding down jobs, and may struggle with day-to-day life. Self-care may also be affected.

PTSD isn't always easy to identify or diagnose, especially because it can often mimic or be accompanied by other issues like depression or intense anger. There is also an unfortunate stigma surrounding PTSD. Some people make the unfair assumption that someone who has PTSD is just dwelling on a bad experience. However, experts argue that PTSD isn't something you can just 'get over.'

Symptoms can last a long time, especially if left untreated. It is very common for veterans to continue to experience PTSD for long periods after returning home from war.

What Is Delayed-Onset PTSD?

Delayed-Onset PTSD was first recognized in the Diagnostic and Statistical Manual of Mental Disorders (DSM) as a diagnosis in 1980, citing the fact that soldiers often do not begin to see signs of PTSD until they return home from combat. Military members and veterans tend to suffer Delayed-Onset PTSD at a considerably higher rate than civilians. 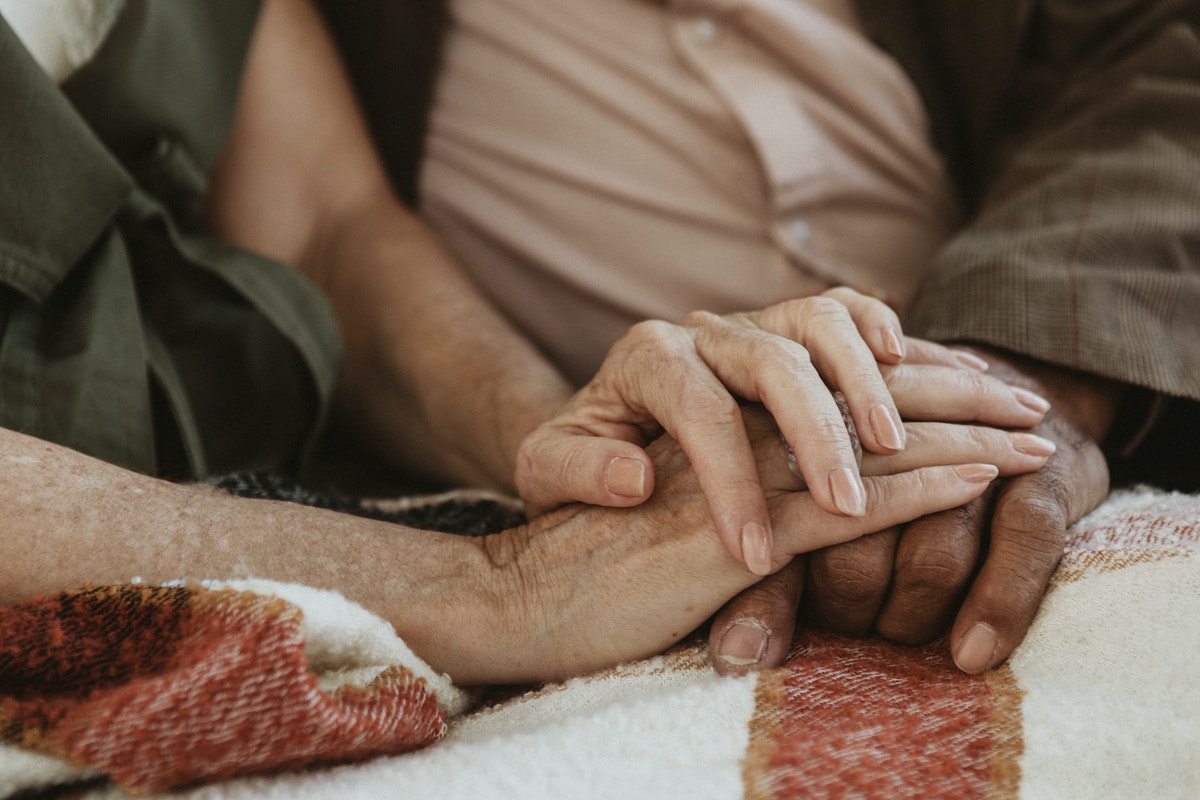 Unlike PTSD, which strikes primarily young adults, Delayed-Onset PTSD is more common among the elderly, harkening back to a traumatic experience from when they were much younger.

About 25 percent of those diagnosed with PTSD experience Delayed-Onset PTSD. While there are no definitive theories as to why one person will begin to experience PTSD symptoms right away when another starts to see the signs of PTSD half a year later or longer in Delayed-Onset PTSD, studies suggest there may be contributing factors. For example, researchers believe that patients who suffer a traumatic brain injury (TBI), experience additional stressful circumstances, or those that are subject to long hospital stays following the initial traumatic event are all more likely to begin seeing signs of PTSD later on.

Researchers have also speculated that some cases of Delayed-Onset PTSD can be attributed to patients experiencing symptoms of PTSD immediately following a traumatic experience, but do not meet enough criteria for a PTSD diagnosis until six months or longer after the incident. It appears that the occurrence of Delayed-Onset PTSD without any previous symptoms appearing is extremely rare and that most are marked by additional or worsening symptoms or those that reoccur.

The Veterans Administration has also identified a similar, but less severe condition, known as Late-Onset Stress Symptomatology (LOSS), that seems to primarily affect older combat veterans during the aging process.

The first step in treatment and recovery is to see a mental health care provider, preferably one who has experience with PTSD patients. Treatment typically includes psychotherapy, medication, or a combination of the two. The antidepressants Zoloft and Paxil are prescribed because they may help control some PTSD symptoms, like sadness, anxiety, and anger. Cognitive behavioral therapy (CBT) can also be effective. This includes exposure therapy, which helps people remove the negative power of their experience by teaching them to revisit the memory more safely. CBT may also involve cognitive restructuring, allowing them to see the experience from a different perspective. This is conducive to the process of making sense of their memories and experiences. Stress inoculation training is also utilized, which helps patients deal with stressful situations and potential triggers in healthier ways.

Group treatment may also be ideal for PTSD and Delayed-Onset PTSD sufferers because patients can receive help and support from people experiencing similar effects. They can also offer help and support to others. Group members benefit from telling their stories and facing the memory of the trauma, rather than avoiding it.

Eye Movement Desensitization and Reprocessing (EMDR) is another potential treatment for PTSD symptoms. EMDR involves concentrating reflectively on your traumatic experience while making rhythmic eye movements. Watching your therapist do something like moving their hands or flashing light may allow for positive thoughts while remembering your traumatic experience eventually.

Other treatment options may include family therapy and anti-anxiety medications.

Tailoring Treatment Options To You

Treatments will vary from individual to individual because of the nature of PTSD and Delayed-Onset PTSD because everyone's experiences and situations are different. There are also several things you can do on your own that may help alleviate some of your PTSD symptoms.

It may be beneficial to consult a professional if dealing with a traumatic experience that could potentially lead to PTSD at some point. It may provide some preparation if and when symptoms arise. Even though the criteria for a PTSD diagnosis might not be met, symptoms can still be problematic and interfering. Seeing a doctor or therapist can help with managing the symptoms and develop coping strategies.

Make an appointment to see a healthcare practitioner for a professional diagnosis if PTSD or Delayed-Onset PTSD is a concern.

Therapy Is Personal
Therapy is a personal experience when it comes to delayed onset PTSD, and not everyone will go into it seeking the same things. But, keeping these things in mind can ensure that you will get the most out of online therapy, regardless of what your specific goals are. If you’re still wondering if therapy is right for you, and how much therapy costs, please contact us at contact@betterhelp.com. BetterHelp specializes in online therapy to help address all types of mental health concerns. If you’re interested in individual therapy for PTSD, please reach out to contact@betterhelp.com. For more information about BetterHelp as a company, please find us on
Previous Article
Healing From PTSD: Art And Expression As A Treatment Modality
Next Article
Acute Stress Disorder Vs. PTSD Similarities And Differences
You Don't Have To Face Post Traumatic Stress Disorder Alone.
Speak With A Licensed PTSD Therapist Today
The information on this page is not intended to be a substitution for diagnosis, treatment, or informed professional advice. You should not take any action or avoid taking any action without consulting with a qualified mental health professional. For more information, please read our terms of use.