Is There A Mental Health Reason For Showing No Emotions?

Talking to someone who appears to be displaying no emotion or feelings toward people or situations can feel frustrating at times, especially if the reason for the lack of emotion is not understood. No display of emotion can indicate emotional detachment or the presence of mental health or personality disorder. Emotional detachment and its related word or synonym is the avoidance of developing and showing emotional connections. Being emotionally detached or showing no emotions, often referred to as having a flat affect, involves the lack of positive or negative feelings or emotions.

It may be a temporary state of being in response to an emotionally traumatic event or the result of a chronic condition, such as depersonalization disorder. The lack of role models who exhibit healthy emotional responses, a history of failed relationships, or fear of being emotionally hurt may also contribute to the development of emotional detachment.

When a lack of emotions or emotional detachment occurs, it can be difficult to imagine the happiness of any kind. Although the person may be clinically depressed, the absence of any emotion may make it difficult to diagnose depression. An online therapist can help you navigate why you might get emotionally detached and can help you make a number of changes.

While feeling emotionally numb or feeling like you have no emotions can be a symptom of different medical conditions or medication side effects, a complete lack of passion could indicate the presence of a personality disorder.

People with schizoid personality disorder are often viewed as loners or may be accused of being dismissive of others. They typically lack the desire and/or skills to form close personal relationships with others. Due to their lack of emotional responses, people can appear to be unconcerned or uncaring. Individuals with schizotypal personality disorder may be described as eccentric or odd.  They usually have few, if any, close relationships. They are unable to understand how relationships are formed or to appreciate the impact their behaviors may have on others. People with this disorder may misinterpret the motivations or behaviors of others and feel an overwhelming distrust of others. Despite their feelings, they rarely show any amount of emotion.

A schizotypal personality disorder is usually diagnosed with the presence of five or more of these symptoms:

A schizotypal personality disorder is usually diagnosed in early adulthood, and symptoms typically last across the lifespan. Treatment such as medication and some therapies may improve symptoms.

Schizophrenia is a serious mental disorder that causes disruptions in the way a person interprets reality. It may cause delusions, hallucinations, and disorganized behavior or thinking that impair daily functioning. Although people with schizophrenia may appear to have erratic behavior at times, when symptoms are active, the affected person will likely show little to no emotions.

A psychopathic personality disorder is thought of as a more severe form of sociopathy, and an affected person usually exhibits more symptoms. Psychopathic traits include a lack of deep emotional attachments, superficial charm, reckless behavior, lack of empathy for others, lack of guilt or remorse, and manipulativeness.

Personality disorders can cause significant disruptions in the lives of the affected person and in the lives of the people who care for them. They can have negative impacts on personal and professional relationships, school, or work performance and may lead to social isolation, alcohol, or drug abuse.

Although there is no cure for most personality disorders, if the condition is detected early in life, some improvement in behaviors may be experienced. Because people with personality disorders do not process social experiences or emotions the same way unaffected people do, they are generally unable to experience emotional responses such as bonding, empathy, or caring. Further, their emotional behavior, or lack thereof, rarely changes.

Autism is the term used to describe a range of neurological conditions that may affect a person’s ability to communicate or interact socially and may present other behaviors. Autism symptoms may be mild or severe.

The first symptoms of autism may become apparent in infancy when babies appear abnormally withdrawn and unresponsive to emotional bonding. As some children and adults with autism grow, they may be unable to engage in social situations similar to neurotypical children.

Alzheimer’s is a form of dementia. It affects memory, behavior, and mood, which can cause confusion and difficulty recognizing or relating to others. People with Alzheimer’s disease may first exhibit mild personality changes and a lack of spontaneity. As the disease progresses, increased memory loss occurs. Decreased cognition and emotional responses become more pronounced with time, and the disease eventually causes the affected individual to revert to a child-like state requiring total care.

Is There a Treatment to Help People Without Emotions?

The underlying cause for a feeling of no emotions is the determining factor of whether a treatment option may be successful.

Some people, such as those with a personality disorder, may not see a problem with their lack of emotion and may be unwilling to seek treatment. However, if you are in a relationship with a person or have a family member who is exhibiting personality disorder traits, it is important to reach out for help. Although you cannot force someone else to get help, being in a relationship with someone who shows no emotional responses can have a profound effect on even the strongest person.

If you are concerned about someone who shows signs of impaired cognition and emotion, or if you are personally experiencing symptoms that make you uncomfortable, reach out to your primary care provider or mental health professional. Take the time to talk about your concerns. Talking to a counselor or therapist can help you make sense of the symptoms you are experiencing or witnessing. Besides, a mental health professional can help you establish a plan to protect your safety and well-being.

Mental health care options include individual and family therapy, psychosocial support that focuses on developing communication and vocational skills, and monitoring of any medications that may be prescribed. Some people prefer to develop an in-person relationship with a therapist, psychiatrist, or counselor. Others are more comfortable with an approach that allows them to experience counseling in a more relaxed personal setting. For those people, online counseling may be an effective option. There is a growing body of evidence pointing to online therapy as an effective means of helping individuals manage symptoms of emotional impairment. In one wide-ranging review published in Schizophrenia Research, the efficacy of online therapy for those living with psychosis (80% were living with schizophrenia-spectrum disorders) was examined. The report aggregated the results of 12 studies, finding that 74-86% of participants successfully utilized online treatments, and 75-92% perceived them as helpful. Researchers noted that online therapy is cost-effective, accessible, and flexible, finding that it could improve socialization and social connectedness.

As discussed above, if you are experiencing issues with emotional impairment, online therapy can help you find ways of expressing yourself. With online therapy through BetterHelp, you’ll be able to connect with a therapist through live chat, videoconference, voice call, or messaging. Plus, you’ll be able to reach out to your counselor outside of sessions. If you need to discuss something, have a question, or simply want to chat, send your therapist a message and they will get back to you as soon as possible. The mental health professionals at BetterHelp know how to provide you with the tools to become more in tune with your emotions. Read below for counselor reviews, from those who have sought help in the past.

"Dr. Anais has given me the tools to understand my emotions, befriend them and accept them. If I were to return I would 100% want to be matched with Dr. Anais again. After just 5 weeks I feel lighter and brighter, her professionalism and sensitivity are second to none."

“Jillian has been amazing! I felt like I was talking to one of my friends (but more qualified to offer advice) she made me feel comfortable expressing myself and helped me to understand what it is I’m feeling and how to manage unwanted feelings like anxiety. I will be recommending her to everyone I know. Thank you for everything!”

As disheartening as interacting with someone who shows no emotional response may feel, it is important to care for yourself and promote your mental well-being. Reaching out for help can help you focus on behaviors that can foster emotional and physical well-being and help you cope with the experiences of having someone with a lack of emotion in your life.

Feeling like you're struggling to show emotion and feelings? Therapy can help you address how you're feeling head-on.

What is it called when you have no emotions?

Alexithymia is when an affected person has a hard time with describing their feels, identifying them, and expressing emotional responses. This is different from when you feel numb or when you're experiencing emotional numbness - in this case one has trouble expressing emotions. This term has predominantly been used in a Freudian theory context, but is being studied more and more by mental health professionals.

What is emotional detachment?

Is emotional unavailability a mental illness?

Emotional unavailability in itself is not a mental illness, but can potentially be a symptom of navigating mental health challenges. Someone who is emotionally unavailable might seem standoffish, they aren't able to have emotional intimacy with people, or they avoid specific topics that are emotional.

Next Article
Sociopath Traits You Must Recognize For Your Own Safety
For Additional Help & Support With Your Concerns
Speak with a Licensed Therapist
The information on this page is not intended to be a substitution for diagnosis, treatment, or informed professional advice. You should not take any action or avoid taking any action without consulting with a qualified mental health professional. For more information, please read our terms of use. 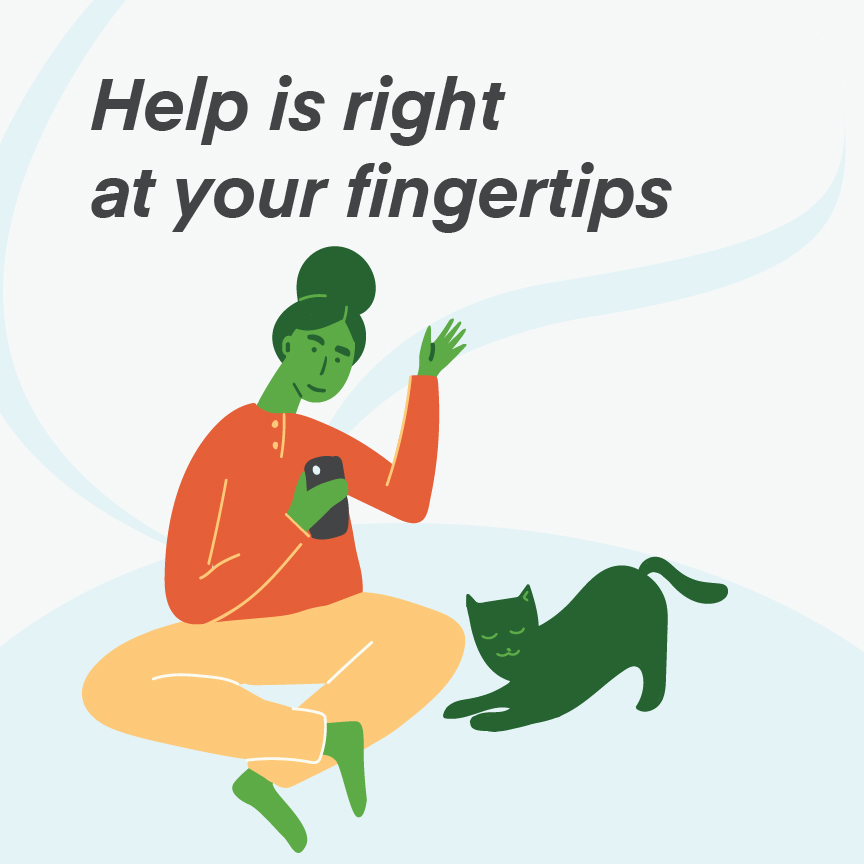