Stage Fright is a form of extreme anxiety or phobia linked explicitly to performing. Whether the person is afraid of acting, public speaking, singing or dancing, the fear is the same. Stage fright is a form of social anxiety where the person afflicted feels afraid to be in front of a large audience of people. They may be scared of being observed, doing their performance “wrong” or many reasons. People with stage fright get similar symptoms to someone who has panic or anxiety attacks, sweaty palms, racing heart, shortness of breath or difficulty speaking.

Here you will find articles about the origins of stage fright as well as the signs of symptoms. You’ll read about techniques to combat this devastating form of performance anxiety. There are methods that therapists use to help people to be able to speak freely in front of a group of others.

10 Tips To Get Over A Fear Of Public Speaking

Online Therapists And Psychologists: Are They For Real?

Stage fright is a common issue. It happens to us anytime we start to get nervous at the idea of being in front of an audience. It usually hits when we need to give a speech...

10 Tips To Get Over A Fear Of Public Speaking

What is it about public speaking? We may have no problem at all speaking to someone one-on-one, or even to a couple of people at once. Yet speaking to an entire room full of... 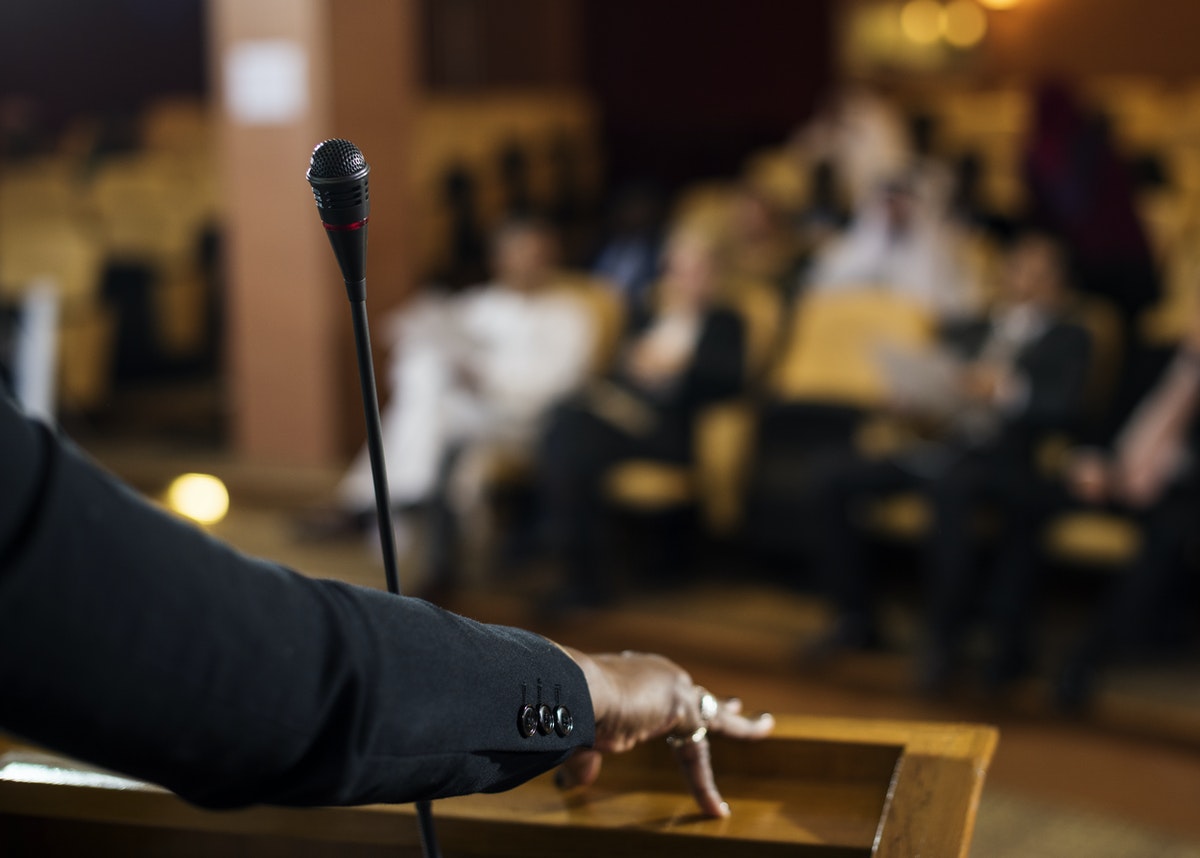 Stage fright may co-occur with Social Anxiety Disorder. Social Anxiety Disorder, or SAD, is characterized by irrational anxiety, fear, and distress surrounding social interactions. An individual with SAD may feel that other people are judging them or they may fear to encounter a situation where they are humiliated or embarrassed. Symptoms can include heart palpitations, blushing, trembling, nausea, stuttering or stammering, and social isolation. Some people with SAD may engage in substance abuse or other harmful behaviors in an attempt to curb anxiety. If your stage fright is comorbid with an anxiety disorder, it’s important to seek help for that condition as well. You might be experiencing anxiety and panic attacks, and if you’re having trouble managing them, you need to speak to a mental health professional.

Does Stage Fright Mean You're Shy?

There’s a myth that a person with stage fright is shy or introverted. That is not the truth. People who are both extroverted and introverted, outgoing and shy, get stage fright. It doesn’t have to do with how comfortable you are around people in other social settings. Instead, it has to do with performance anxiety specifically. Other factors, such as perfectionism or anxiety, may contribute to stage fright, but it is a fear that is specific to presenting in front of an audience. Famous people have stage fright, which means that the condition isn't due to a lack of talent or even an absence of experience on stage. Many different factors cause stage fright. 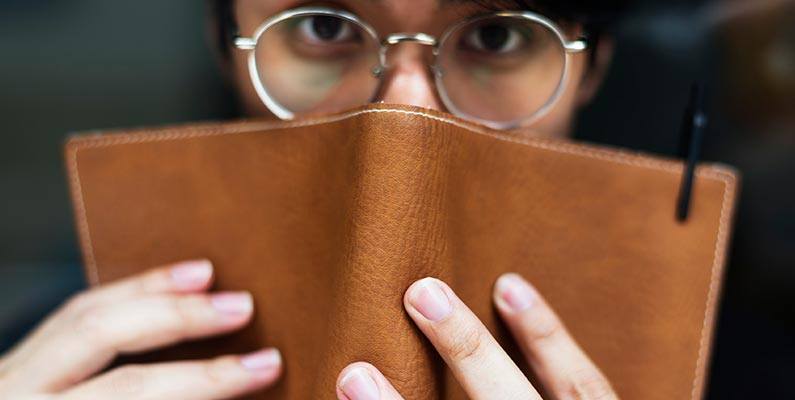 Stage fright isn’t as transparent as it sounds. People are afraid to get on stage for a variety of reasons. There are many potential causes of stage fright, but one of the most common is that a person lacks confidence in a specific area. Maybe, they’re an actor who is afraid that they’ll mess up and forget their lines, or a guitarist who is fearful that they’ll mess up while playing their instrument. Perhaps, someone is self-conscious about their appearance or their speaking voice. It doesn’t mean that there’s anything wrong with you as an individual. Stage fright is a common issue, and with work, it is something that can improve or even dissipate over time.

What can you do if you have stage fright, but you want to be able to perform on stage? It doesn’t have to hold you back from pursuing your passion or achieving your goals. One thing that you try is mindfulness techniques. Practice mindful breathing and remember that anxiety does end. Focus on a point in the room. It doesn’t have to be a person, it could just be a spot on the wall, and most of all, remember that this moment will end! Keep your anxious thoughts in check and remember that you may never see some of the people in the audience again, or even any of them, depending on the circumstance. It’s not about being judged. It’s about getting the job done. It can also help to practice what you need to do in front of the audience. If you feel prepared, your anxiety may decrease. Staying away from things that could elevate your symptoms of anxiety, such as caffeine, can be helpful, as can practicing relaxation techniques before going on stage. In severe cases, medication can be prescribed for stage fright. Know that you are in control and that even if nervousness is running through your body, this is a temporary feeling. 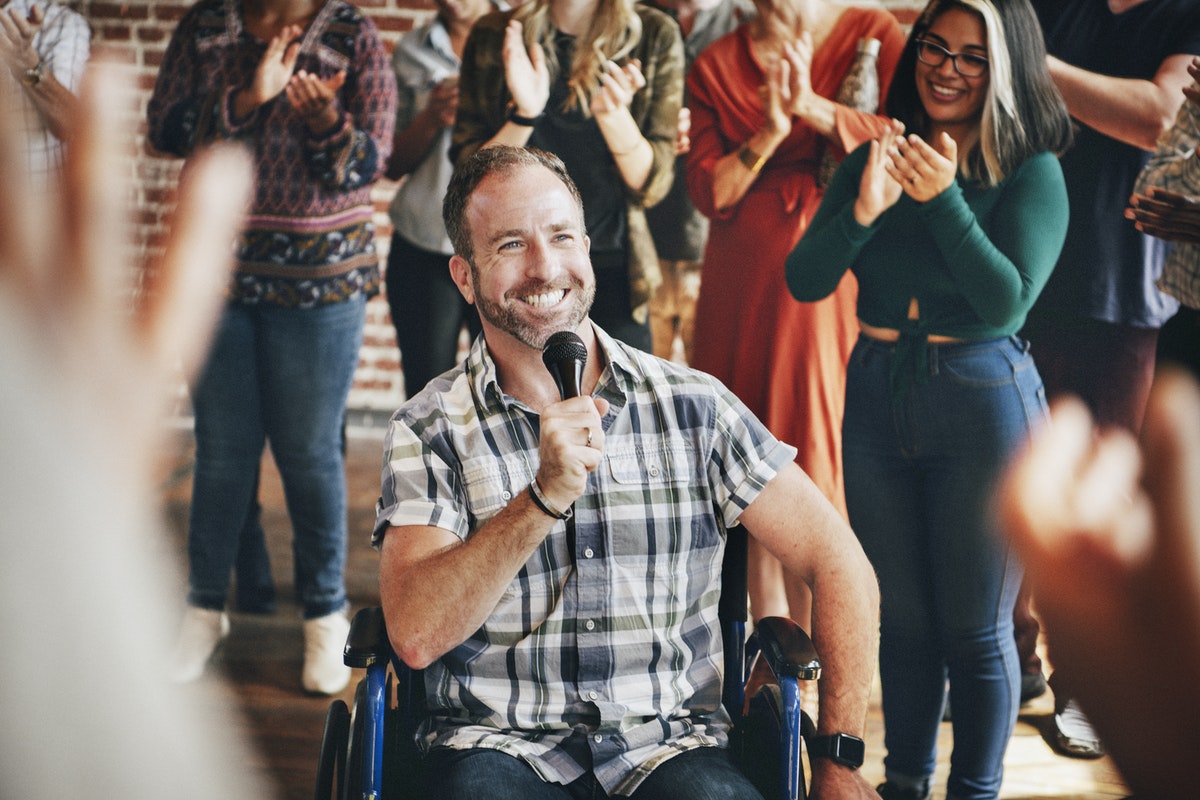 There is Help For Stage Fright

Online therapy is an excellent place to talk about your stage fright. An online counselor cares about your fears and wants to resolve them. You might not know the origin of why you’re scared, but when speaking to your therapist, you’ll be able to identify where your performance anxiety is stemming from and work through your fears. You don’t have to suffer alone with being afraid to get on stage. An online counselor can help you get to the root cause of them, and find ways to work through them. Get The Support You Need From One Of Our Counselors
Get Started
The information on this page is not intended to be a substitution for diagnosis, treatment, or informed professional advice. You should not take any action or avoid taking any action without consulting with a qualified mental health professional. For more information, please read our terms of use.